Gift giving is NOT my love language.

I find gift giving really stressful, and for years, Bart and I basically just opted out of buying each other things at all for any major holidays.

But now that we have children, I’m pretty sure they would not find it a magical childhood moment for me to say, “Sorry kids. I think gift giving is stressful, so I’m just bailing on that part. Have a cupcake.”

Of course, one of the reasons gift giving is stressful to me is because I usually leave it until the last possible moment and then it feels ULTRA stressful and I feel dumb for being like “here’s your late gift” and so forth.

So this year, I was determined not to make the same mistake this year and a week before her birthday, Bart and I sat down, figured out everything we were going to give her (a small list) and the next morning, I forced myself to just order them, reminding myself the whole time that it would never be a more convenient time to do it.

And then I didn’t have to stress about it the rest of the week.

This planning ahead thing has more merit than I’ve previously given it. 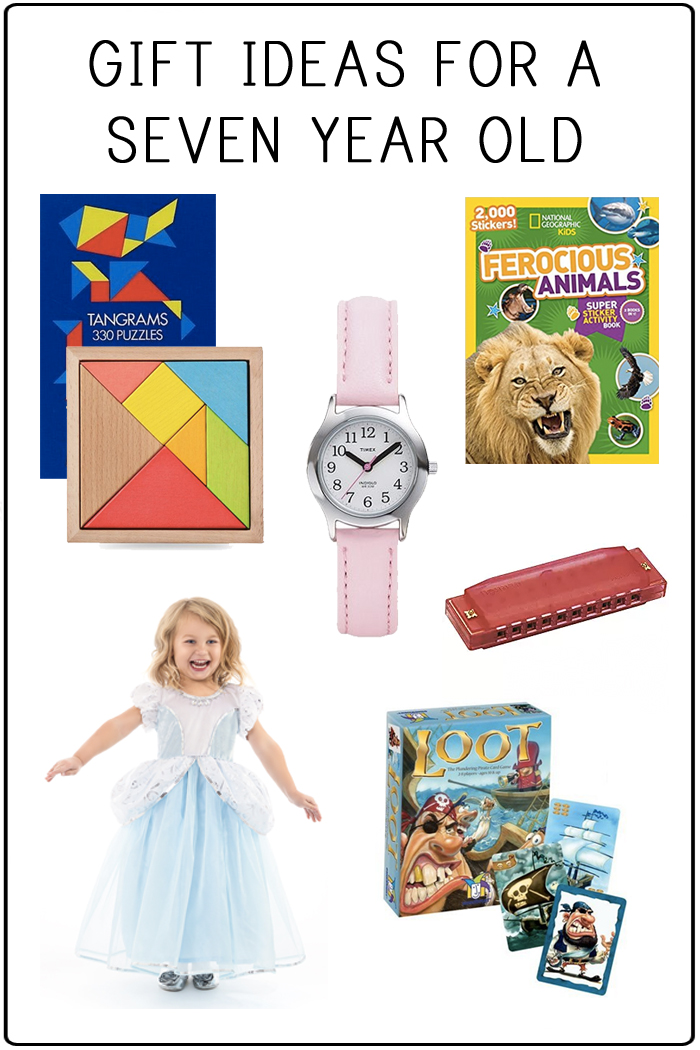 gifts for a seven year old

There were, of course, a couple of gifts from the grandparents (my parents bought her this dress-up costume and Bart’s parents sent her this sticker activity book) and we did some of our other birthday traditions and it was a fantastic birthday with our best oldest girl.