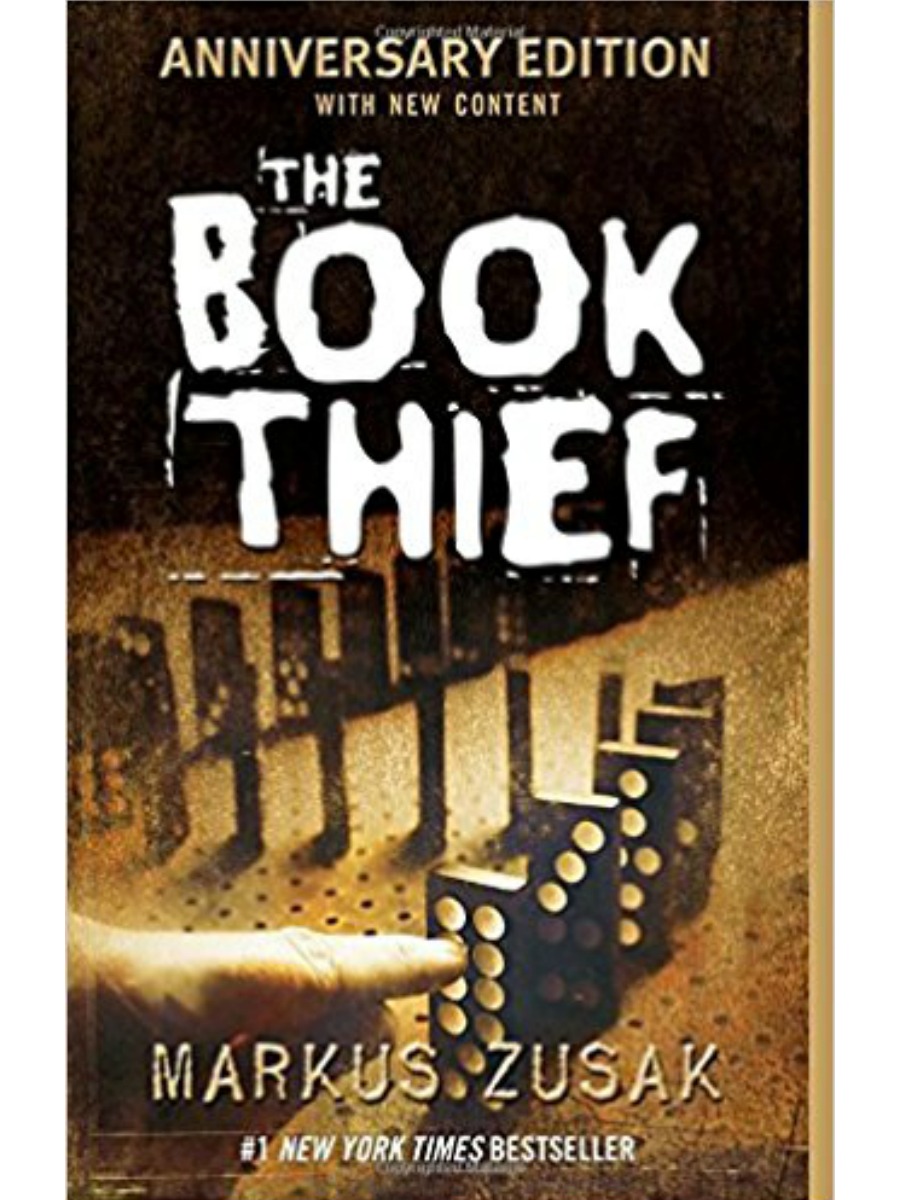 10 of 10:The Book Thief is almost certainly the best book I’ve read this year. The story line and characters suck you in and it races along, but then you have to stop and reread the last few lines to soak in the remarkable writing.

Leisel is a foster child living with her new parents in Germany; her foster papa teaches her to read and she finds herself stealing books as a way to even the debt between herself and the world that has taken her family and her old life. When a young Jew comes to hide in their basement, she further discovers the power of the books upon herself and others. The book is narrated by Death which brings a new view to an oft-written about topic. Unusual and a bit quirky, but in a way that is beautiful, rather than distracting. HIGHLY recommended.

I don’t know what was wrong with me. Why did I start reading this five months ago, get more than 100 pages in and then set it aside? It was due back to the library, yes, but I saw it again on the shelves a few times and never picked it back up until finally, when it was no longer there, I put in a request for it and determined that, this time, I’d finish it.

Now I have finished The Book Thief and I wish I hadn’t because I would like nothing more than for the story to go on a few hundred or thousand more pages, for World War II not to have made Germany such a bleak and hopeless place.

Liesel’s father is a Communist in Nazi Germany and so he has disappeared, presumably taken by the Nazis; Liesel and her brother are being taken by their mother to be adopted by a new, suitably German family. Liesel’s brother, however, dies on the journey and is buried by two grave-diggers, one of whom drops his Grave Digger’s Manual. Liesel snatches it up and keeps it as a memento of her brother’s premature death.

When she arrives with her new parents (an older German couple whose two children are grown) in their town, Liesel starts to have nightmares and, to help her avoid her new mama’s wrath, her new papa comes in and reads to her in the middle of the night from the Grave Digger’s Manual. Liesel learns to read and simultaneously develops a very close relationship with her papa.

Narrated by Death, the book shows us the stories of many of the main characters, including her papa who had earlier escaped Death’s clutches in World War I, when a fellow solider, coincidentally a Jew, saved his life by volunteering him for an assignment that kept him out of a battle where no one came back alive. After this experience, her papa is unable to swallow Hitler’s dictates that Jews are swine and should be exterminated. Instead, he discovers that his old solider-friend, who did die in that battle, has a son (Max) who now is trying desperately to stay alive in an increasingly hostile country. Her papa takes him in and the family hides him in their basement for many long months.

Over that time period, Liesel begins to steal more books and she reads them with Max who in turn tears out the pages of Mein Kampf, paints over them and writes her new stories.

There is such much depth to The Book Thief, so many really well-developed characters, that I could not even begin to try and outline the whole story. And yet, it is not difficult to keep track of – there is no need for a glossary or timeline. The book is perfectly easy to follow, with characters that you truly come to care for, even though you know, nearly from the first pages of the book, who will die and who will live. Death notes that he has no interest in building up mystery or suspense; he knows who will die and they know who will die. It is the getting there that is suspenseful, interesting, and worth-while.

The story also works in the past, the present, and the future, with Death recalling incidents from the past, the story moving along in the present, and Death notifying you that a certain man will, for instance, be dead in five months or that it is the last time this or that will happen. Again, though, it is clear and straight-forward.

This idea of taking a well-known event and trying to look at it in a different way reminded me of Extremely Loud and Incredibly Close, but that book seemed like it was trying so hard to be cutting-edge and all that. This book, on the other hand, just worked. It all seemed so natural and so true; it wasn’t cutesy or contrived.

This Book Thief isn’t one that is easily summed up in a few paragraphs. But the writing is gorgeous, the story compelling, and the final impact of the book is powerful. Nothing I say about this book will give it the credit it deserves, except to say that you all ought to read it. You really really ought to read it.