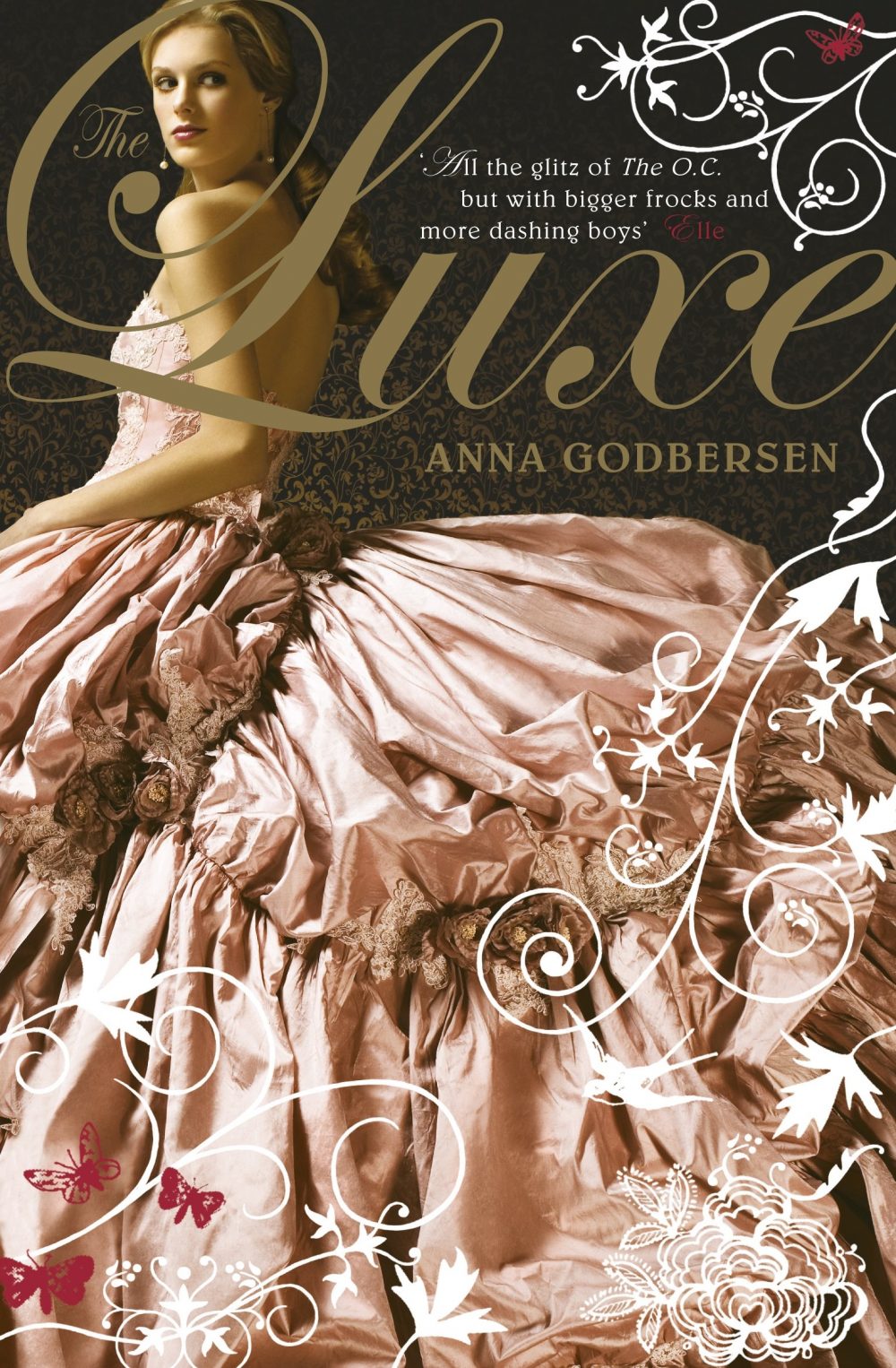 8 of 10: The Luxe was just a fun fun read; I don’t see much YA historical fiction set at the turn of the century, but I was completely sucked in to it. Romance, intrigue, class-warfare – what’s not to like?

I picked up The Luxe in MARCH from the library. I read 20 pages and then got busy with school and kept renewing it until eventually I had to return it. A few weeks later I checked it out again and renewed it without opening it.

Finally, yesterday on the flight home from Las Vegas, I picked it back up and finished the whole thing by dinner time. I don’t know what took me so long!

the luxe by anna godbersen

The Luxe begins with the funeral of Elizabeth Holland, one of New York City’s high society girls, on the day she was supposed to have married one of the city’s most eligible bachelors. It introduces the main characters present at the funeral and then backs up about two weeks to show the events leading up to Elizabeth’s death and the roles of the various friends and family of Elizabeth.

I told Bart the whole story and he thought it sounded fascinating, so half of me is tempted to tell you about all the surprising little twists and turns, the various romances, the backstabbing, and the pressures of society to do the “right” thing. But on the other hand, I loved reading it with absolutely no idea how things were going to turn out or any expectations, and I don’t want to to ruin it for anyone who might read it.

Each chapter of this Anna Godbersen book is told from the point of view of one of the five main characters (1. Elizabeth, 2. Diana, Elizabeth’s younger sister, 3. Penelope, Elizabeth’s best friend, 4. Lina, Elizabeth’s maid, and 5. Harry, Elizabeth’s betrothed). Sometimes this multiple POV can drive me crazy, but it was perfect in this book. The character development is very strong and I, especially for some of the characters, was both repelled and delighted by them simultaneously.

The historical background is also great – there is a lot of detail about the city, the lifestyle, and the social expectations without it feeling forced.

It’s no Jane Austen, but The Luxe is a delightful book, perfect for a plane ride or an afternoon on the couch. I loved every last page.

Frankly, the cover alone should be enough to sell you on the book; I adore that dress.

Now, of course, I’m frantically combing the library for a checked in copy of Rumors (and the one after that, Envy). Story of my life.

If you liked this review of the luxe by anna godbersen, you might also like these books: