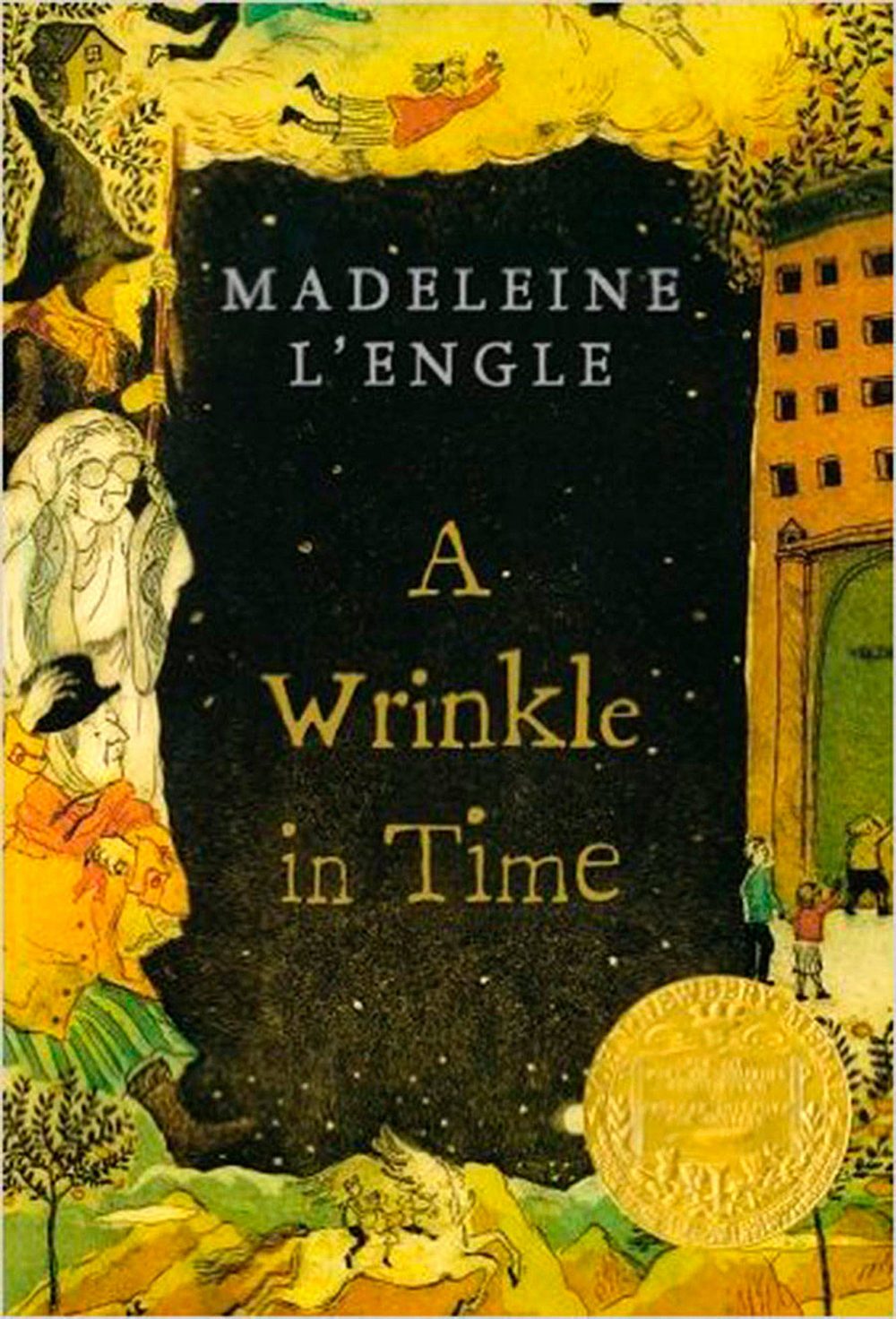 My dad started reading A Wrinkle in Time to my sisters and me when I was in elementary school. We quit a few chapters in because it was thoroughly freaking me out; I still remember the cover of the book and how much it scared me, with its gray cover, shadowy figures, and stars. I did know, however, that my dad had loved A Wrinkle in Time series and so, when I realized recently that it was both a Newbery book AND available on CD at my library, I figured I’d likely enjoy it this time around.

a wrinkle in time

A Wrinkle in Time is a fantastic book. I’m surprised I hadn’t read it before now; I was sucked into the story within a chapter. The main character is thirteen-year-old Meg who suffers from the normal angst of early teenagehood. Life seems very hard, for both the normal reasons (she has braces, she dislikes school, she has few friends) and for very different ones: her father has been gone for almost two years and no one knows where he has disappeared. Meg’s parents are both brilliant scientists, and her father has been assigned to a government project. He wrote daily for the first year, but now nothing has been heard of for a very long time, and the village is beginning to gossip.

Meg’s youngest brother, five-year-old Charles Wallace, is almost as much of a mystery as her missing father. He didn’t begin speaking until he was four (this caused many rumors that he was mentally handicapped), but now speaks like an adult. He also possesses the apparent ability to read minds, particularly Meg’s.

Early in the book, an old woman named Mrs. Whatsit shows up at their house, having met Charles Wallace earlier in the day. She and two friends (Mrs. Who and Mrs. Which) live in the “haunted” house down the road and, during her visit, Mrs. Whatsit declares to Meg’s mother that there there is such thing as a Tesseract. Inexplicably, Meg’s mother seems terribly distraught by this statement, perhaps even frightened.

The next day, Charles Wallace takes Meg to meet all three women who tell them that the time is not yet right, but it will be soon and they must be ready. They also meet a boy named Calvin, a popular boy from school, who they quickly discover is a kindred spirit.

And then, that night, they are swept away from Earth by these three women and told they must rescue Meg’s father who is caught in the Tesseract, or the fifth dimension. The women, unable to come with them, warn them they must stick together and that Charles Wallace especially must beware because he is the most vulnerable. The planet Meg’s father is stuck on is called Camezots and everyone there is completely in sync with each other, all under the control of the mysterious “It” which everyone seems to hold in fear. Charles Wallace, attempting to read and understand the mind of one of the leaders close to It is sucked in by It and comes completely under It’s power. Meg and Calvin manage to rescue her father, but they are forced to leave without Charles Wallace. After a trip to another planet, it becomes clear that Meg, and Meg alone, must return to Camezot and rescue Charles Wallace from the clutches of It.

I loved this book – it was so well-written and deeply moving, as Meg struggles to understand herself and her family, and what her gifts are, in comparison to those of her parents and Charles Wallace. The character development was just remarkable for a relatively short book. This book, although fairly quick-paced, really focused more on the internal conflict and motivations of the characters (especially Meg) that drove the action, rather than the other way around.

I was surprised by the religious overtones in this book; it’s hard to imagine that a book like this would win the Newbery now. There were numerous quotes from the Bible and several references to God and Christ, which is definitely unusual for a science fiction book.

I know this author has written a number of books, so I’m definitely interested in reading some of her other things. A Wrinkle in Time is the first book in A Wrinkle in Time series of books about Meg and the Tesseract and I’ll definitely have to look into reading the others.

Previous Post: « I Think I Just Wrote a Post about Wal-Mart
Next Post: Oklahoma (I’d put an exclamation point after it, but really, how lame do you think I am?) »