I have four daughters.

So it will probably not surprise you that there is a LOT of princess love at our house.

And in this day and age, it’s fairly impossible to avoid princesses entirely, even if you want to.

The good news is that princesses can be great role models.

Being a princess doesn’t mean you have to stuck-up or spoiled or waiting around for someone to rescue you.

The good news is that not all princesses are created equal, and this is just as true in the picture book section as it is elsewhere. There certainly are some books that you might hesitate to share with your child, but there are lots that are completely wonderful and demonstrate the kinds of qualities I’d be more than delighted to see my girls develop.

Each of these is a princess book with a heroine you won’t mind your child looking up to. 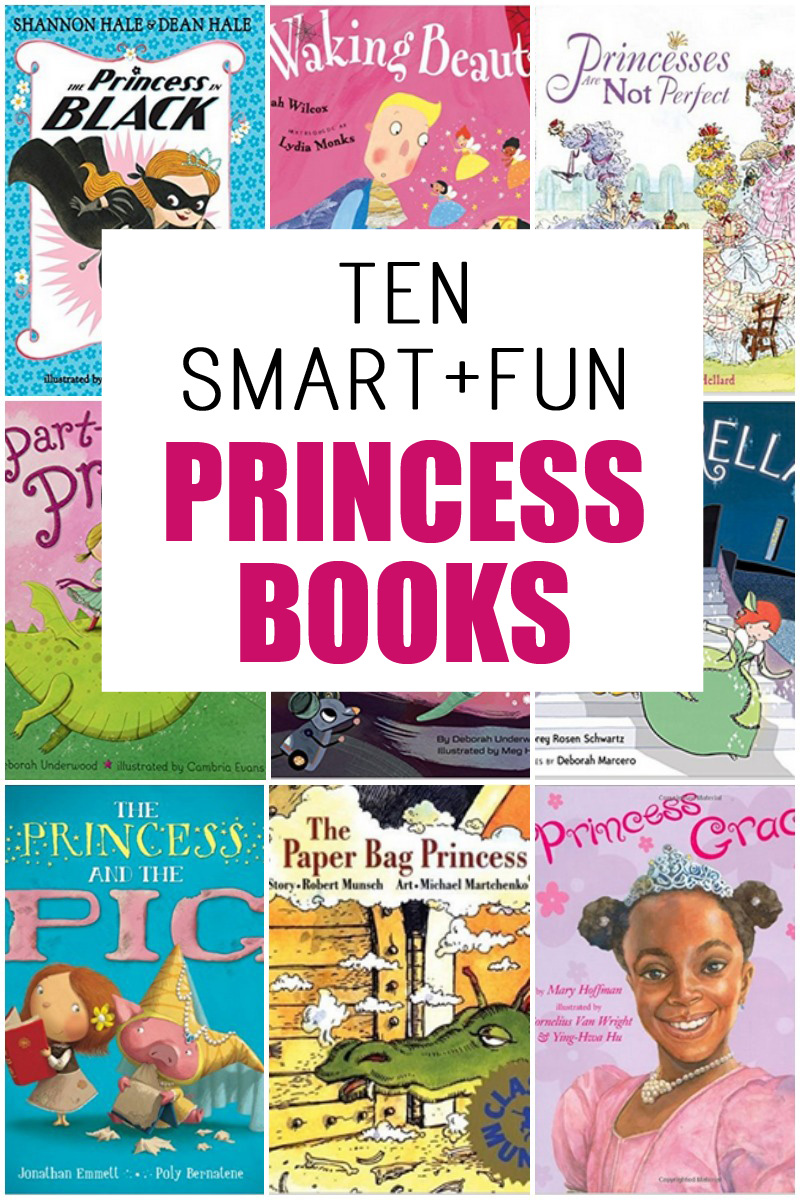 Princess in Black by Shannon Hale and Dean Hale, illustrated by LeUyen Pham

I don’t know if this one should be first, since it’s more of a short chapter book than a picture book, but it’s so good I can’t not include it. I love Shannon Hale and this series is one of her best with a princess that loves both sparkly pink dresses and tea parties as well as being a hero in disguise and rescuing her land for various troubles. It’s funny and well-written and the illustrations are fantastic.

I love Leah Wilcox’s princess books where misunderstanding lead to hilarity. In this case, Prince Charming hasn’t the faintest clue that it’s a kiss that will wake Sleeping Beauty and when he finally gets a clue, it turns out a hundred years of morning breath? Not all that romantic. My girls could read this 100 times a in a row.

Prince Ronald is practically perfect – exactly the kind of prince Princess Elizabeth ought to marry. And she’s not going to be deterred by a dragon who kidnaps the prince and destroys her castle. But when she finds the kidnapped prince, he shows his true colors when he sees the paper bag she’s wearing, thanks to her entire wardrobe being destroyed by fiery dragon breath.

The Princess and the Pig by Jonathan Emmett

Hilariously pulling in bits of various famous fairy tales, this story begins when the brand-new baby princess is accidentally swapped with a local farmer’s new baby piglet. The princess grows up happily on the farm, enjoying her safe and happy life with adoring parents who are thrilled that their piglet has been transformed into a real little girl, but it turns out that being a piglet in a castle, where everyone thinks you are a princess, is pretty difficult. I LOVE this one.

This version of Cinderella is not only set in outer space, but Cinderella is a budding mechanic. When she’s left behind by her stepmother and stepsisters, she gets a chance to meet the prince when his space ship malfunctions and she’s the one who is able to fix it. My favorite part of this clever princess book is when the prince proposes and she tells him she’s too young to get married, but she’d LOVE a job as royal mechanic.

During the day, life for this little girl looks very ordinary but after she’s tucked into bed, it’s princess time and she takes on dragons, trolls, and dolphins with royal success. Plus, there is tea with a visiting queen who looks surprisingly like her mother.

Princesses are Not Perfect by Kate Lum, illustrated by Sue Hellard

Three princess sisters all have specific skills – one at gardening, one at baking and one at building. But after a while it becomes tiresome doing the same thing all the time and they decide to swap roles. But it turns out that maybe princesses aren’t good at everything after all.

Once Upon a Cool Motorcycle Dude by Kevin O’Malley, Carol Heyer and Scott Goto.

A boy and a girl are paired up in class to write a story together, but they can’t agree on any of it. Will it star princesses? Or giants? The two eventually work together, coming up with a story that’s laugh-out-loud funny. I particularly love the two very contrasting illustration styles that accompany the story, one complimenting the fairy tale aspect and the other the high-action parts.

What does it really mean to be a princess? In this well-done spin on a standard princess book, Grace and her classroom get ready for a princess parade in their town but soon realize that it’s ind of difficult to pin down exactly what a princess does. Is it more than just wearing a pink dress and sparkly tiara? I especially love that Grace’s teacher isn’t afraid to deviate from her original vision and explore her students’ interest.

You may know Corey Rosen Schwartz from her Ninja Fairy Tale books (which I love), but this book is just as fun, even if it’s lacking in ninja fighting. In this one, it turns out Cinderella has a twin who loves fractions and math and spends her time evenly dividing up chores and eventually fairy godmother goodies. But is there a way to split a prince in half?