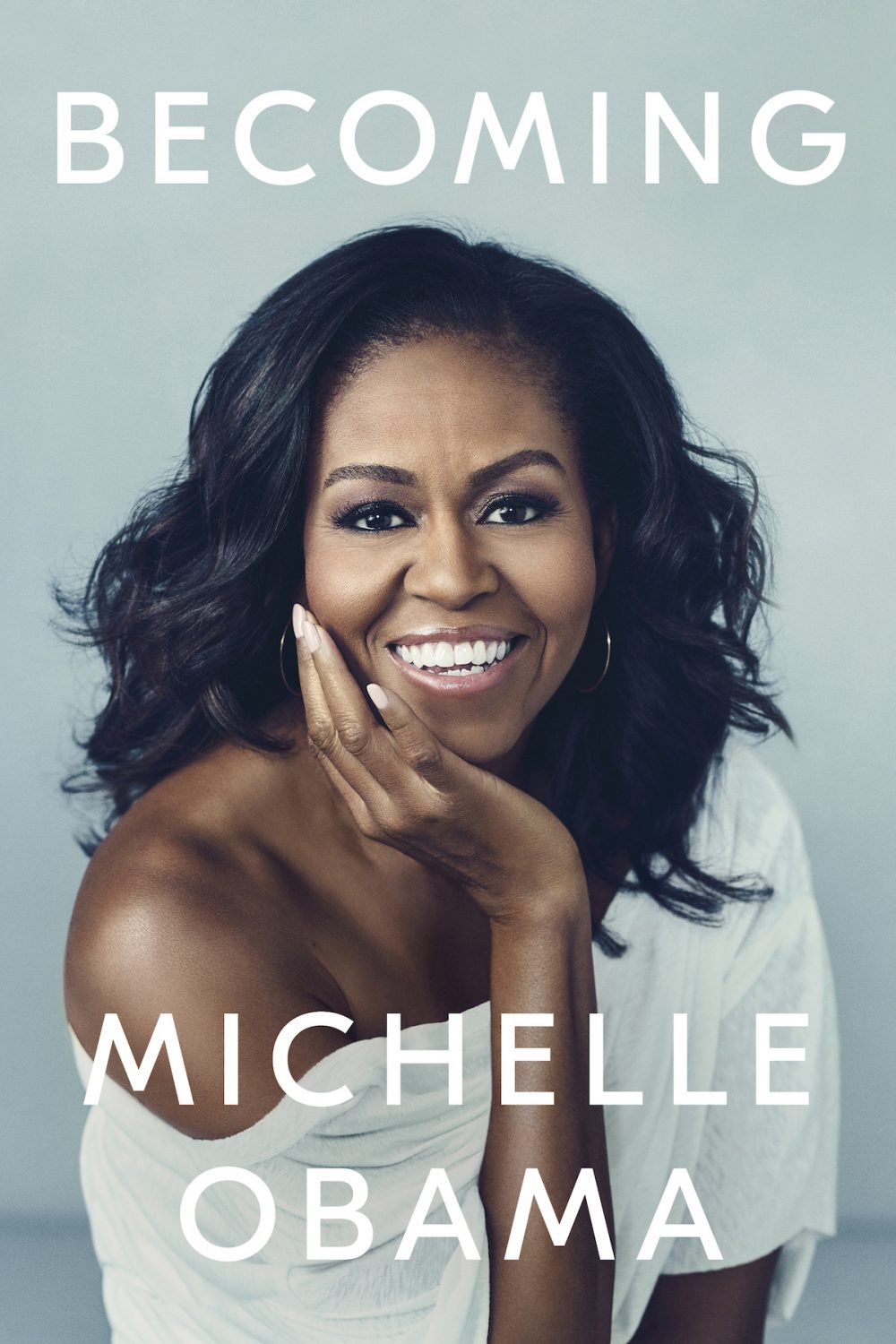 There are two things I can’t resist.

One, a book that’s a crazy bestseller. You show me a book bandwagon, and I’m hopping right on.

Two, a book about First Ladies. Exhibit A: Upstairs at the White House.

So the chances of me skipping Becoming, Michelle Obama’s new book?

I also knew that Becoming was a book I wanted to experience as an audiobook because Michelle Obama reads it herself and there’s nothing I like more than hearing a book read by the author (assuming, of course, the author is a decent reader).

I started listening over Christmas break while I wrapped presents and spent the next couple of weeks listening in all my spare time.

It turns out, I knew next to nothing about Michelle Obama.

If you’d asked me what I knew about her, I probably could have told you she was a lawyer and that she planted a garden at the White House as part of a healthy eating initiative. I also knew she’d made headlines by wearing pretty reasonably priced dresses to many appearances.

Aside from that? Just about nothing.

Becoming is Michelle Obama’s memoir, but it’s not meant to be a comprehensive history of her life so far (it’s already 19 hours long on audio and nearing 500 pages in print, so you can only imagine how long it would be if she’d tried to include everything that had ever happened in her life). She skims over large chunks of her life, like her time at Harvard Law School which merits one entire paragraph.

After a quick introduction that takes place after their family returns to Chicago following the close of their eight years in the White House, the book begins with her childhood, growing up in Chicago’s South Side. Her working class family lived on the second floor of her great-aunt’s house and she describes her family as a solid, reliable square with her parents, her brother and herself each making up one of the corners.

I loved the stories she shared about her childhood, from the time her mother went to bat for her to get her and several other children moved out of a classroom taught by a pretty terrible teacher to her piano lessons from her great-aunt.

I had no idea that her father had suffered from MS and over the course of her childhood and young adulthood gradually lost more and more mobility.  I didn’t realize that her interest in healthier food for children stemmed from a pediatrician who told her that her own daughter was at risk for childhood obesity and the associated problems that come with that.

She makes it clear that politics has never been her favorite thing (more like NOT her favorite thing) and she wasn’t thrilled about her husband’s desire to be involved in politics. She wanted him home more with their family, not on the national political stage.

She also was a total believer in slow and steady, working your way up the ladder, so when Barack started talking about running for president as a first-term senator, her initial reaction was “if you must do this, could you at least be a senator for a while and then maybe a vice-president first?” (This is a mindset I can COMPLETELY identify with).

One thing I’d never really thought about with the Obamas is that the era of the iPhone dawned during his presidency (the first iPhone came out just as Barack Obama announced his first presidential run). Cameras were suddenly everywhere in a way they had never been for previous First Families.

She talks about how much pressure she felt being on display all the time, both because of their young daughters who were growing up in the spotlight and also as the first African-American First Family – she knew that anything they did would reflect on the African-American community, whether that was fair or not. I can’t even imagine what that kind of spotlight would feel like.

Basically, this was just the kind of book I love, with so many fascinating stories and interesting insights into her career, her juggling act of motherhood and work, her marriage, and her time in the White House.

I don’t think you have to agree with her on all counts to relate to many parts of her life, from balancing the dreams of two people in one marriage, to trying to be a good parent while juggling many other responsibilities, to dealing with the opinions of other people both good and bad.

This is the February book for the Everyday Reading Book Club, and I can’t wait to discuss it more next month!

If you’ve already read it, I’d love to hear what you thought about it.

If you liked Becoming by Michelle Obama, you might also enjoy these books:

Previous Post: « 5 Simple Ways to Love Where You Live
Next Post: A Trick to Keep from Feeling Overwhelmed »