This post is sponsored by Mixbook.com, my absolute favorite photo book maker. Use the code READING5019 for 50% off any photo book through 4/1/2019

In early December, I looked at my calendar and I realized that EVERYTHING happens in December.

All of which is happening on top of sending out Christmas cards, shopping for gifts, decorating the entire house inside and out, and neighbor gifts.

Just to mention a few. 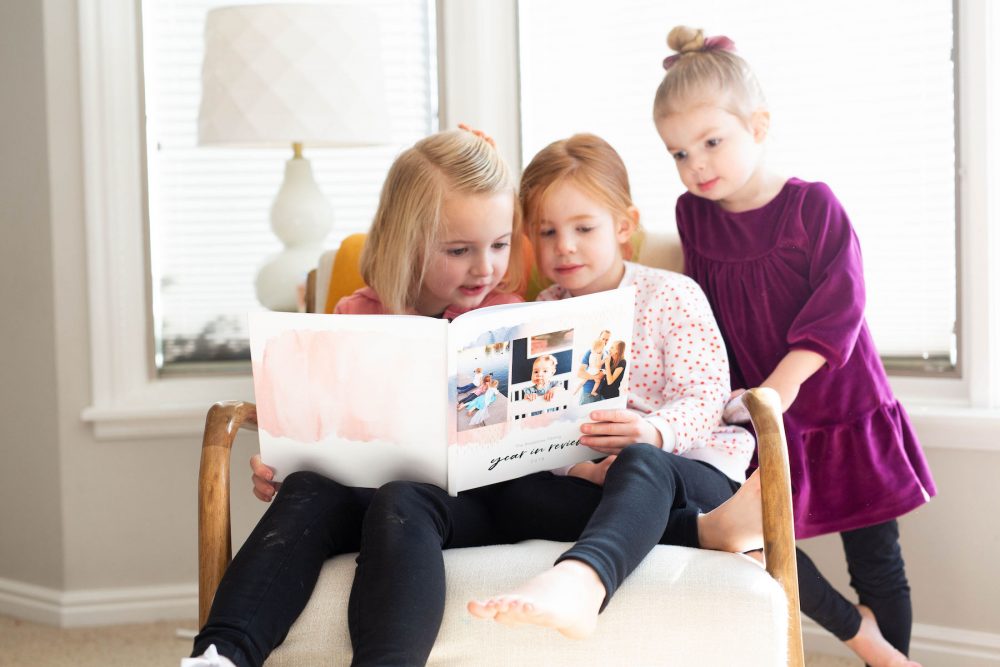 No wonder everyone is feeling overwhelmed in December.

I’d been contemplating hosting a favorite thing party for several months, and as I looked at the calendar it was VERY obvious to me that December was the absolute worst time to host it.

Finding an open evening on everyone’s schedule is basically impossible and going to a party in December often feels less delightful and more like one more thing to check off an already long to-do list.

January or February, on the other hand, is a perfect time for a favorite thing party. Most people don’t have nearly as much going on in January or February and a party invite feels special and exciting instead of stressful.

I think it’s super easy to want to change everything on January 1st. 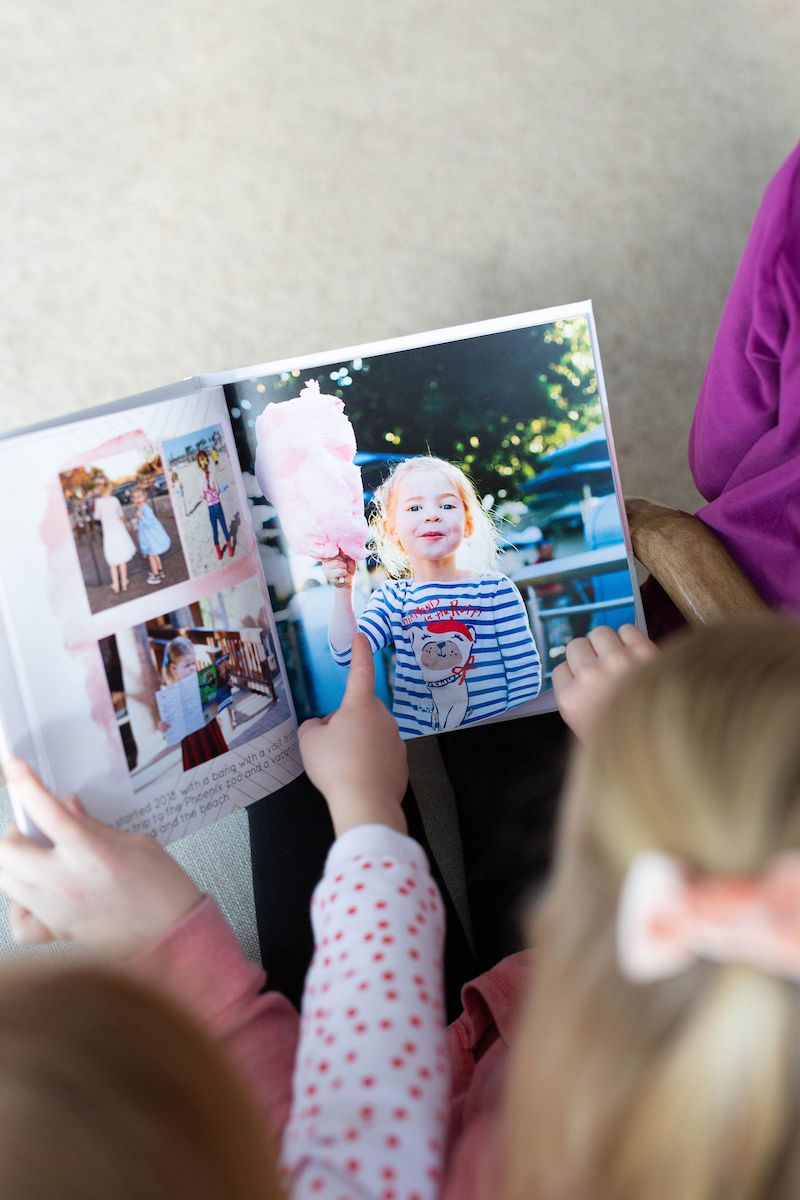 I’m going to wake up early every morning for the rest of my life, I’m going to read for 30 minutes before bed, I’m not going to eat any sugar on week days, I’m going to exercise 6 days a week, and so forth.

Keeping track of all those changes is overwhelming and probably not very sustainable (ask me how I know. . . ).

So this year, as I was thinking about my goals, habits, and projects, I thought “How could I space these out instead of clumping them all together on the 1st of the year?”

One of my goals this year is to run a 5K on the Fourth of July.

But right now, it’s cold outside and dark in the mornings, and I’m already working on other new habits and projects.

I realized that I have a good exercise thing going on right now with the circuit-training class I go to several mornings a week, and that I didn’t need 6 months to train for a 5K (probably most of you wouldn’t need ANY time to train for a 5K, but I’m the world’s wimpiest runner).

So instead, I decided I wasn’t even going to worry about running until April when the weather starts to get a little nicer, the mornings aren’t so pitch-black, and I’ve got some of my other habits more on auto-pilot.

It felt so freeing to choose a time to work on that habit or plan that party that actually makes sense instead of shoe-horning it all into a tiny period of time and subsequently feeling overwhelmed right out of the gate.

I kept thinking about this last week when I was making my 2018 photo book with Mixbook. 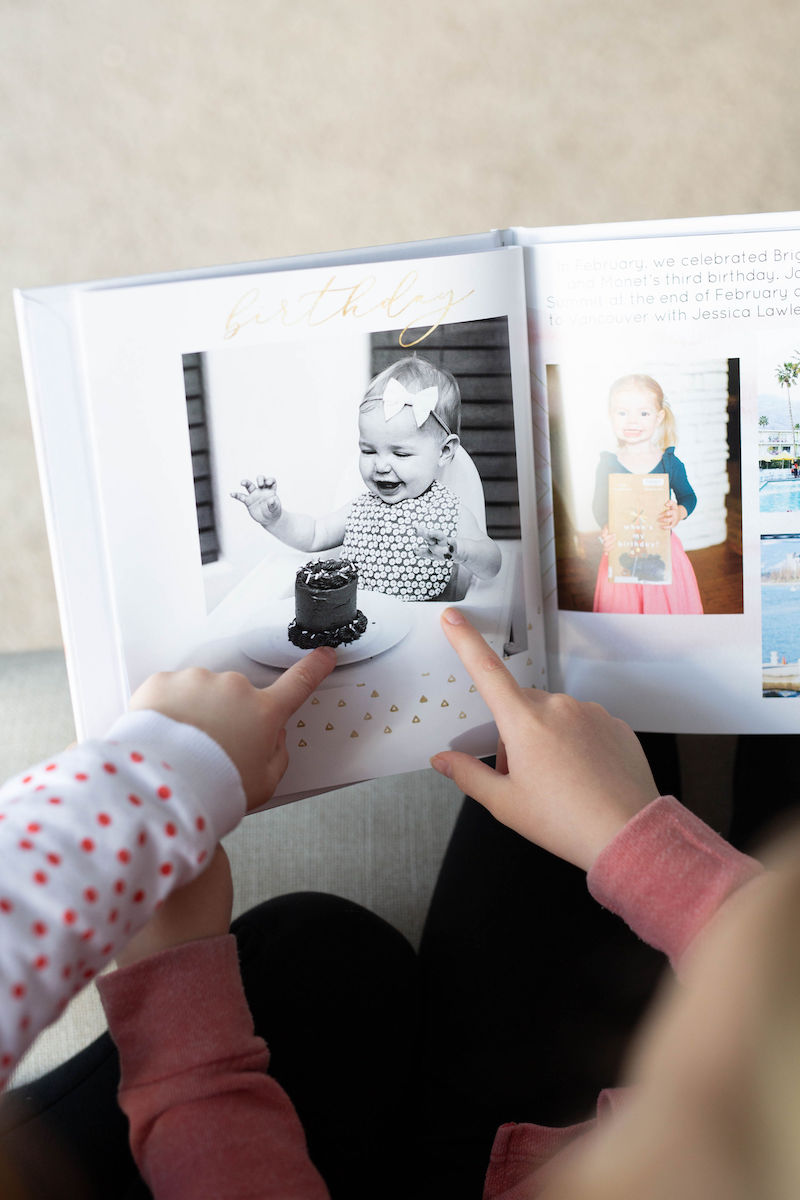 I loved looking through my photos from the previous year, writing up the details of our trips and other major events during the year, and arranging them in one of Mixbook’s pre-designed photo books (I chose the Watercolor one and I LOVE it). 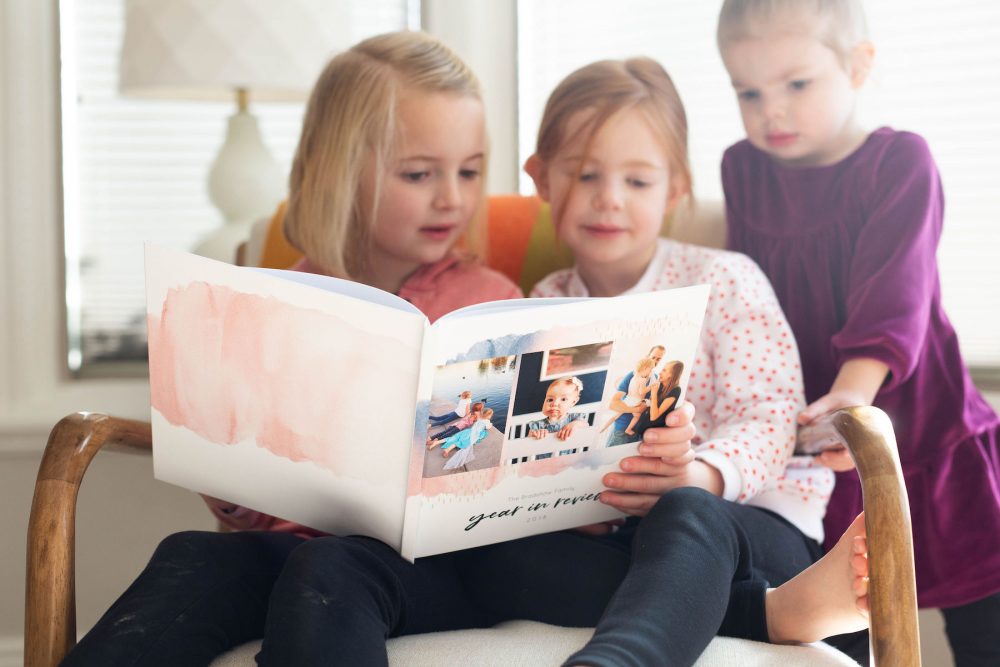 If I’d been doing this in December, it would have felt so stressful – one more thing to crank out during a busy season.

In the middle of January when there was practically nothing on the calendar and I had all the time I wanted to work on it?

It became such a fun project. 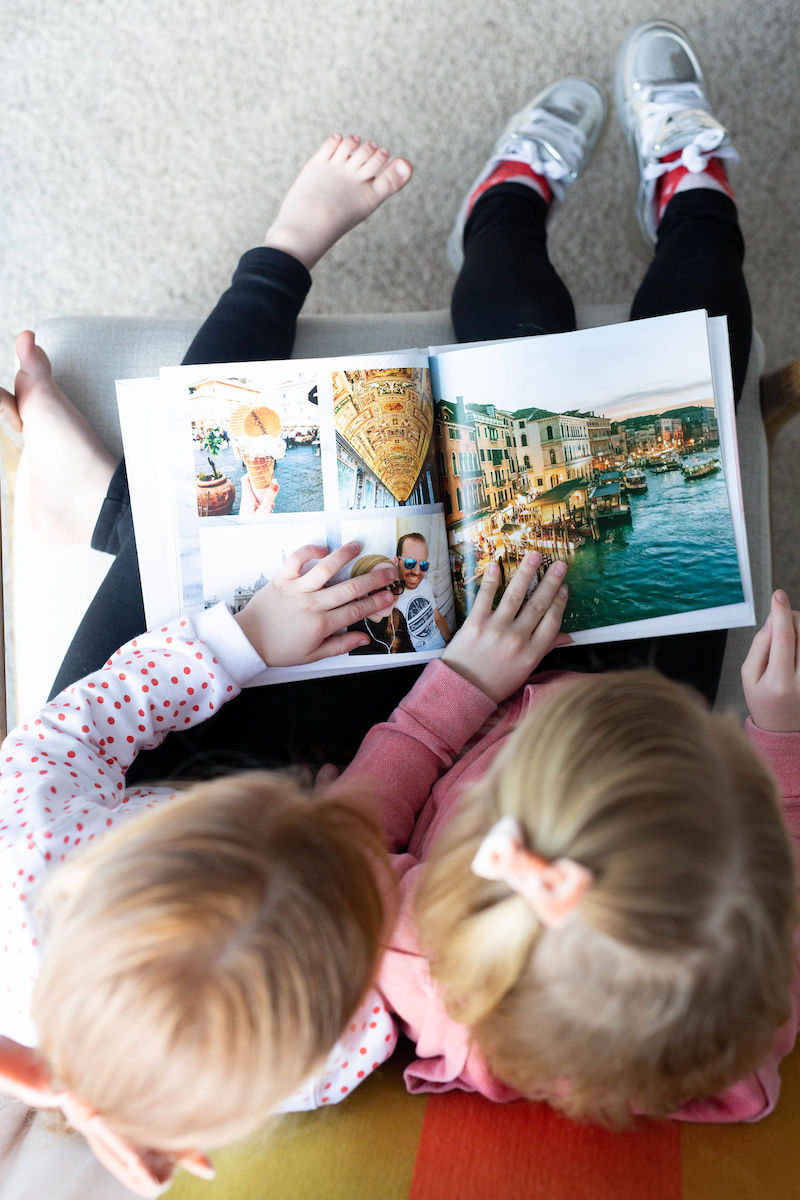 I loved listening to an audiobook while I looked through photos, I had time to ask my dad and my father-in-law for some photos I was missing, and I had the bandwidth to go through and double-check my captions before pushing “order.”

It was definitely the right time of year for me to make a photo book.

Instead of feeling overwhelmed, it was a delightful fun project that helped me get excited about the year ahead and think about how I want to document this coming year as I look back on what we did in 2018 and how I recorded it. 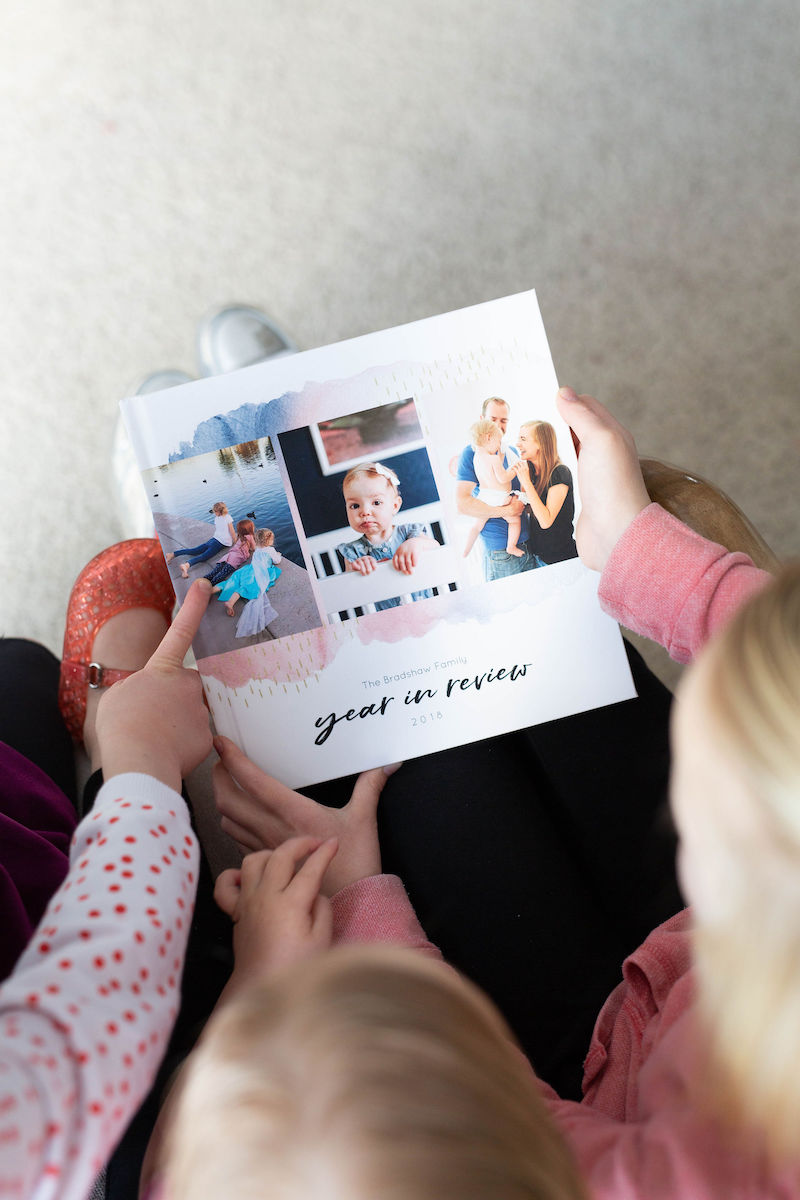 Their prices are totally reasonable (and you can use the code READING5019 for 50% off), the color and clarity on the printing is fantastic, and their software for making your book is exceptional.

I’ve used so many other photo book companies where the formatting was the BIGGEST pain and made me just want to bag the whole project, but Mixbook’s is so simple I never thought about it all – it’s completely intuitive and easy to use.

And, bonus – a photo book from 2018 makes a perfect Valentine’s gift.

Just add some chocolate and you’re set for the trickiest holiday of the year.

P.S. Some tips for making a year in review book here! 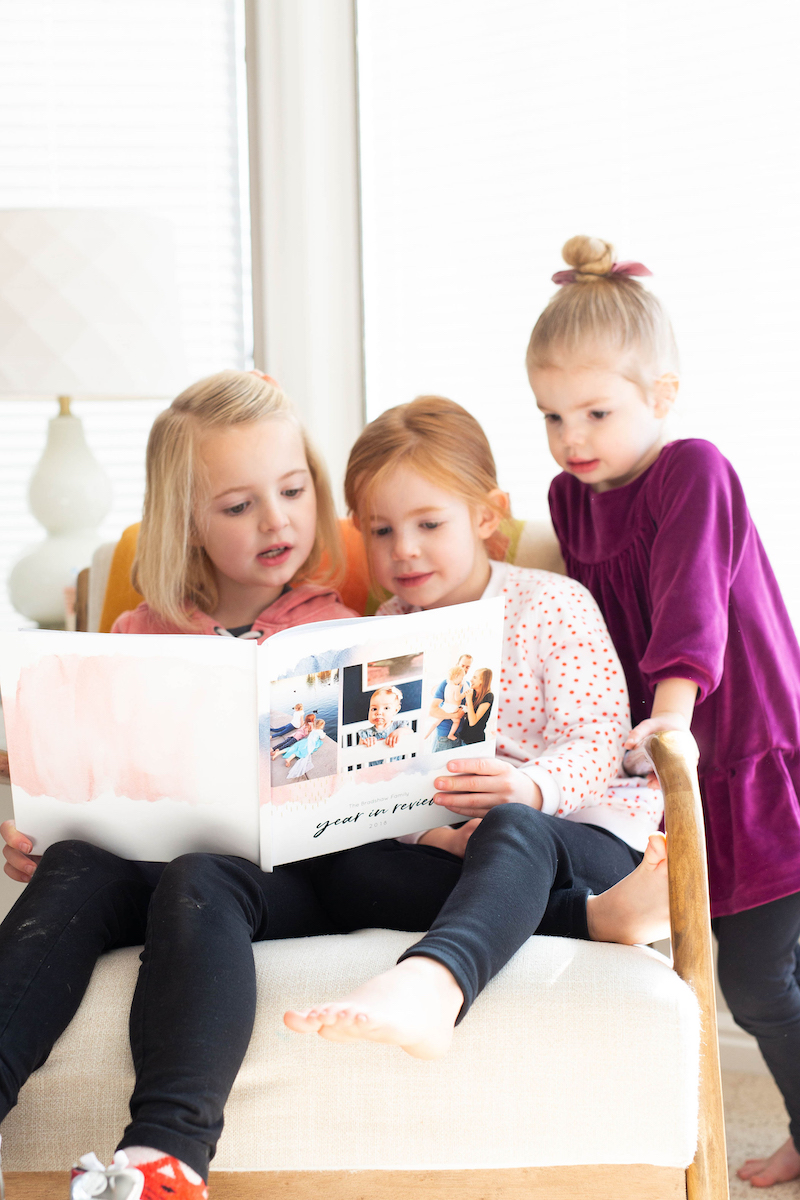