This three ingredient raspberry smoothie is so fresh and simple to make! The frozen bananas and coconut milk help make it creamy while the raspberries turn it a beautiful color and add a little pop of tartness 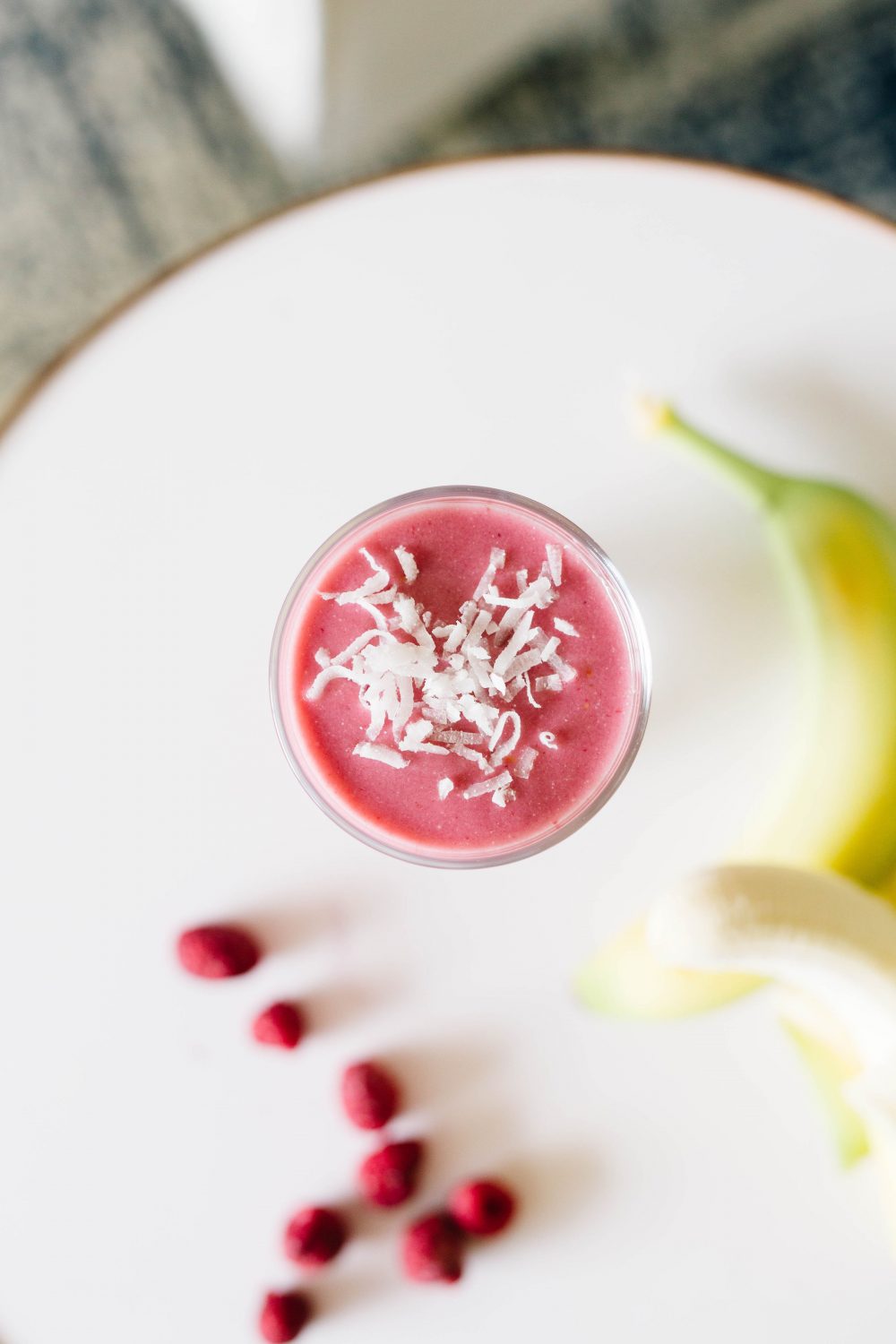 One thing we are very familiar with in our family?

At the last count, we’ve moved twelve times, I think.

And every time we move, there is that last week or so where you have about two items of food left, but you REFUSE to buy anything new because you don’t want to throw away the food you already have paid good money for.

Bart is an enormous fan of this part of moving, as you can imagine.

This raspberry smoothie came about during our move from North Carolina when I wanted a smoothie for breakfast, but I was out of of most of my usual things (no spinach, no yogurt, no blueberries), and every recipe I looked at on Pinterest called for sherbet or frozen yogurt.

Not only did I not have either of those on hand, but I also draw the line at putting sherbet or frozen yogurt in my breakfast.

So I tossed in the three things I did have – bananas, frozen raspberries (left over from this puff pancake), and some coconut milk that one of Bart’s classmates brought to brunch in December and left, unopened, in our fridge.

And, to my surprise, this raspberry banana smoothie was fantastic.

In fact, I had to make second batch because my girls scarfed it down so fast.

It was definitely a moving win, although, to be honest, I prefer making it when I don’t also have to pack all my belongings into boxes. 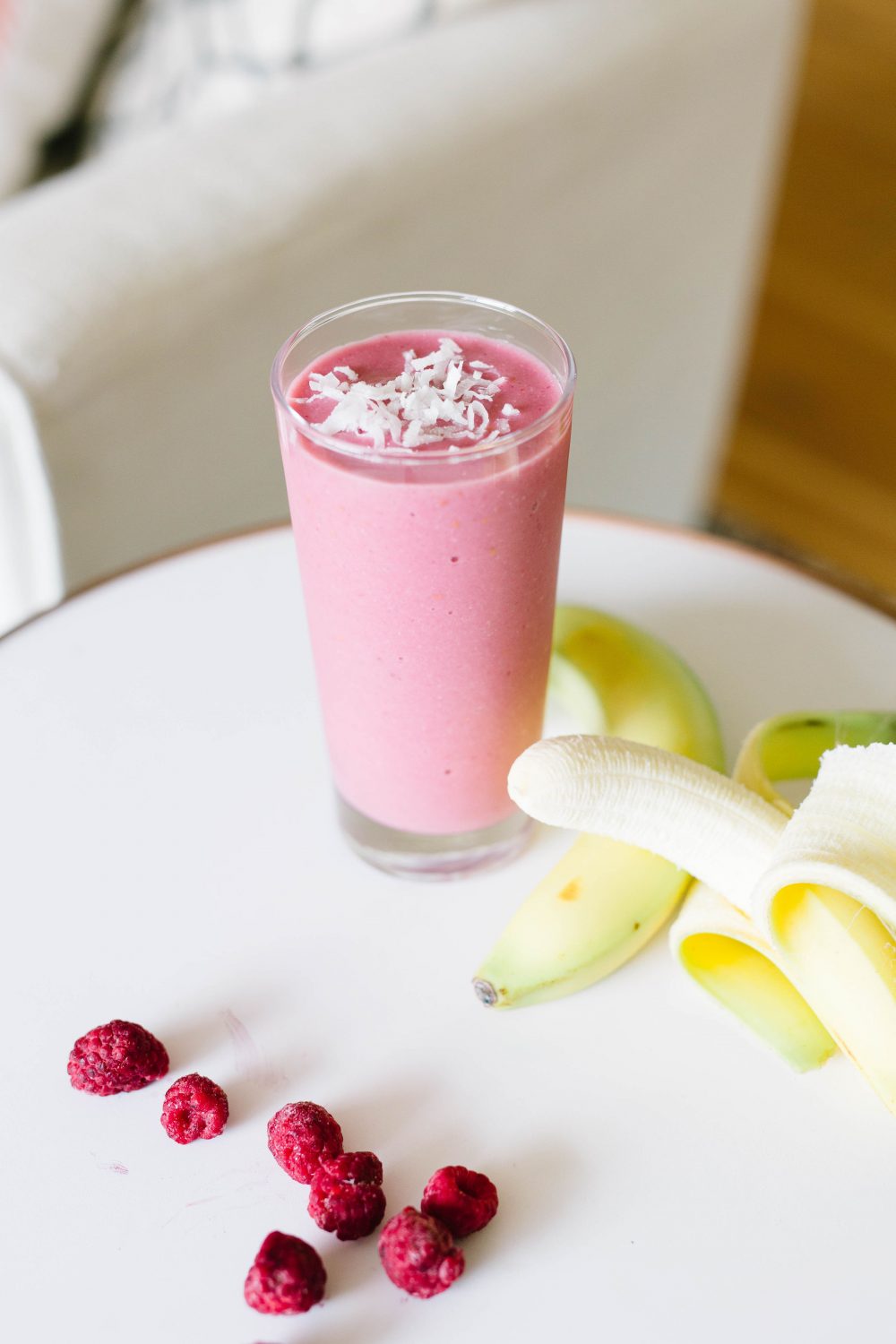 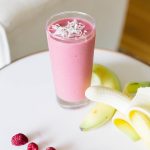 This three ingredient raspberry smoothie is so fresh and simple to make! The frozen bananas and coconut milk help make it creamy while the raspberries turn it a beautiful color and add a little pop of tartness.