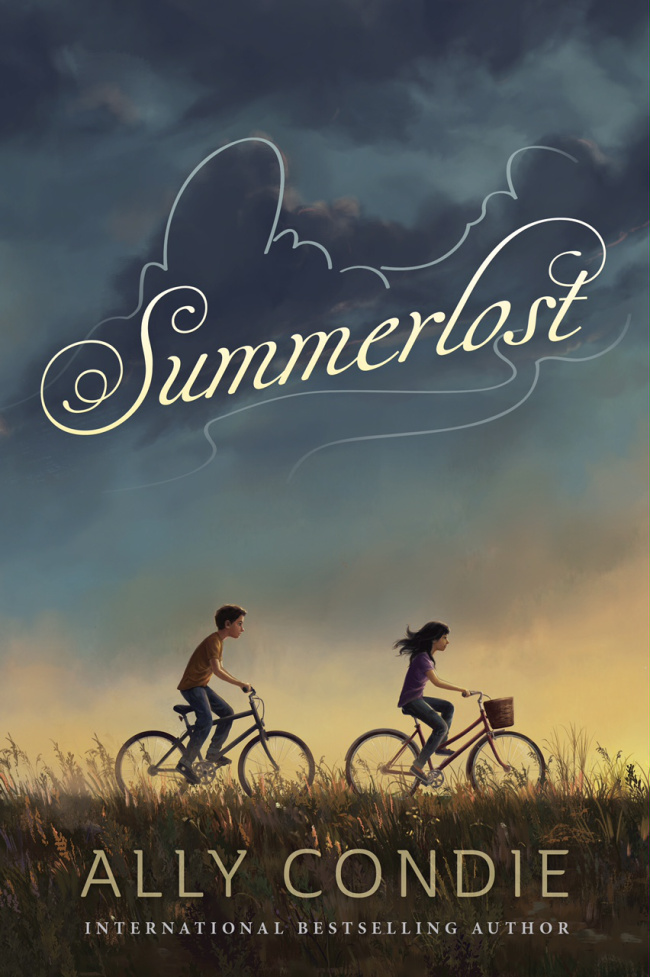 A few weeks ago, when I sent out my bi-monthly newsletter, I asked for chick-lit recommendations since I was in the throes of working on this year’s summer reading guide (you can check out the previous ones here and here).

As you can imagine, I was FLOODED with great recommendations, and if Kindles were capable of bursting at the seams, mine would be doing just that.

One nice reader, Abbie, sent over several recommendations, including Summerlost.

I was immediately intrigued because I LOVED Matched back in 2010 and hadn’t even known the author had a new book out.

I added it to my Kindle and then, on the flight home from Orlando last week, I read the whole thing with a sleeping baby in my arms, which is pretty much the best way to read anything, I think.

Summerlost actually isn’t chick-lit at all.

It’s a middle-grade novel about a twelve-year-old girl named Cedar.

Her family is still reeling from the loss of her father and younger brother in a car accident, and now Cedar, her mother, and her other younger brother are spending the summer in a new home in Iron Creek.

Almost immediately, Cedar meets a boy about her age named Leo, and the two strike up a fast friendship.

Leo works at the Shakespeare festival that takes over the town every summer and he helps Cedar get a job with him selling concessions.

But Leo has bigger plans than just hawking lemon tarts and play programs, and he quickly convinces Cedar to help him lead an unofficial tour of the places around Iron Creek associated with Lisette Chamberlain. She grew up in this little college town, starred in the Shakespeare festival for years, and then went on to become a major star. Twenty years ago, she’d returned to appear in one of the plays and then died mysteriously in her hotel room.

This tour quickly becomes a major cash cow, but Leo and Cedar are pretty sure they’ll get in trouble if anyone finds out they’re charging adults to walk around town and stand outside various landmarks.

All of this helps distract Cedar as she tries to process her grief, but it’s hard to escape, especially when items start appearing on her bedroom windowsill in the night that seem like just the kinds of items her deceased brother, Ben, would have collected (although it’s never specifically stated, it appears that he was somewhere on the autism spectrum).

Between this mystery, the mystery of Lisette Chamberlain’s death, and sneaking out of the house each morning to give the tours, Cedar has a lot on her mind.

This was the perfect summertime read. Despite the somber subject matter, the book was hopeful and uplifting, and I really loved all the characters, particularly Cedar and Leo. And it had that laid-back pacing that I associate with summer reading.

I especially loved that the fictional town of Iron Creek and the festival that goes on there is based on the Cedar City Shakespeare Festival, which my family has been attending since I was 11. I loved being able to imagine the Greenshow or the college campus or the Globe theater.

If you’re looking for a great book to read yourself this summer or a title to hand off to a pre-teen reader, Summerlost is a fantastic choice.