Bullying is pretty much the least fun topic on the planet.

Whether your child is being teased and bullied by others or your child is the one struggling to resist the urge to bully others, it’s a painful situation for everyone involved. 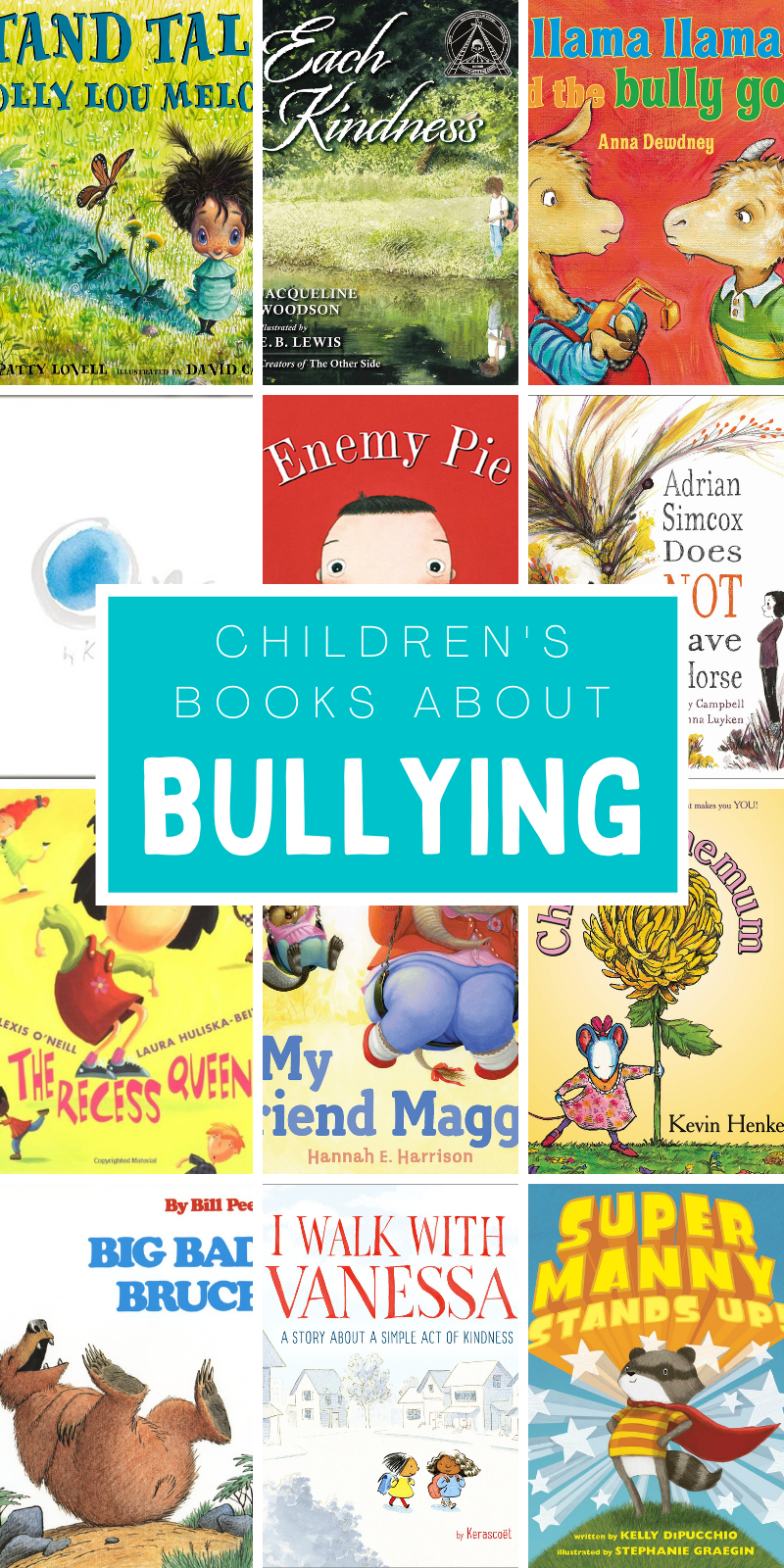 Each Kindness by Jacqueline Woodson, illustrated by E.B. Lewis
Chloe has a good thing going at school with her two best friend and when Maya joins their class, Chloe isn’t interested in Maya’s ongoing attempts at friendship. She’s put off by Maya’s old clothing and shabby belongings. And then, one day, Maya is gone and Chloe realizes her chance to be kind has passed her by.

Stand Tall, Molly Lou Melon by Patty Lovell, illustrated by David Catrow
Molly Lou Melon is a tiny little girl with big buck teeth and a funny voice, but she’s learned from her grandmother to embrace her own differences. Which is all well and good until she goes to a new school and a bully starts picking on her. Fortunately, Molly Lou isn’t intimidated and eventually wins over the bully. There is also a sequel, Speak Up, Molly Lou Melon.

Llama Llama and the Bully Goat by Anna Dewdney
I often think familiar characters are a wonderful way to teach important lessons and this book about bullying from the beloved Llama Llama is a sweet and comforting way to talk about early childhood bullying with young children.

One by Kathryn Otoshi
In this beautiful picture book, each color has their own personality. And you might not be surprised to know that Red runs hot and (sometimes) mean. Especially when he’s around Blue who is quiet and a prime target for Red’s bullying. All the other colors feel badly but are too afraid to stand up to Red. Until a surprising hero comes along.

Adrian Simcox Does NOT Have a Horse by Marcy Campbell, illustrated by Corinna Luyken
When Adrian talks about how awesome his horse is (nonstop!), Chloe is deeply annoyed and is quick to call him out as a liar in front of their classmates. After all, he lives in a tiny house and his shoes have holes in them – no way could he afford a horse. But when she complains to her mother about Adrian, she’s surprised by her mom’s response.

Enemy Pie by Derek Munson
I LOVE this darling book about a little boy who struggles when Jeremy Ross moves in to the neighborhood and is not very nice. Fortunately, his dad has a secret recipe for Enemy Pie that can get rid of any enemy . . . if you’re willing to do one hard thing.

Big Bad Bruce by Bill Peet
Bruce is a big strong bear and his favorite thing is tormenting the other animals in the forest (who, as you might imagine, do NOT enjoy this). When his teasing gets him on the wrong side of a witch, Bruce finds himself the recipient of her tricky spell that makes BRUCE a small forest animal. This is a great book to start a discussion about how we act toward those who are smaller or weaker or not as smart as we are!

Chrysanthemum by Kevin Henkes
I have a special place in my heart for Kevin Henkes’ mouse books and this one is no exception. Chrysanthemum loves her special name. Until she goes to school and the other students laugh at her long name and the fact that she’s named after a flower. For any child who has ever been teased about having a long or uncommon name, this book is just the sweetest (and a good reminder to ALL kids that names are special and not to be mocked for any reason).

My Friend Maggie by Hannah E. Harrison
Paula and Maggie are best friends. Until another animal on the playground comments that Maggie (who is an elephant) is big. And clumsy. And probably not worth being friends with. And Paula goes along with this, ignoring her former best friend. Until the bully turns on her (as bullies often do) and . . . who is there to stand up for her? Maggie, of course.

The Recess Queen by Alexis O’neill, illustrated by Laura Huliska-Beith
Everyone knows that Mean Jean is the recess queen and you don’t do ANYTHING without her permission on the playground. But then a new child joins the class and suddenly things begin to change. This book is a great reminder that sometimes we get stuck being viewed a certain way and what we need is someone to see us with new eyes.

Super Manny Stands Up by Kelly DiPuccio, illustrated by Stephanie Graegin
Super Manny loves playing super heroes at home. Sometimes he even takes his invisible superhero cape along to school, which comes in handy when a real-life opponent appears in the lunchroom and his victim needs someone to stand up for him. Super Manny to the rescue!

I Walk with Vanessa: A Picture Book Story About a Simple Act of Kindness by Kerascoët
In this darling wordless picture book, Vanessa is the new girl in school who is getting bullied. Fortunately, one little girl is willing to be a friend and show Vanessa that she’s not alone and that someone has her back. This is a wonderful book about how it doesn’t take much to help someone.

Any other suggestions for children’s books about bullying? Please leave them in the comments.