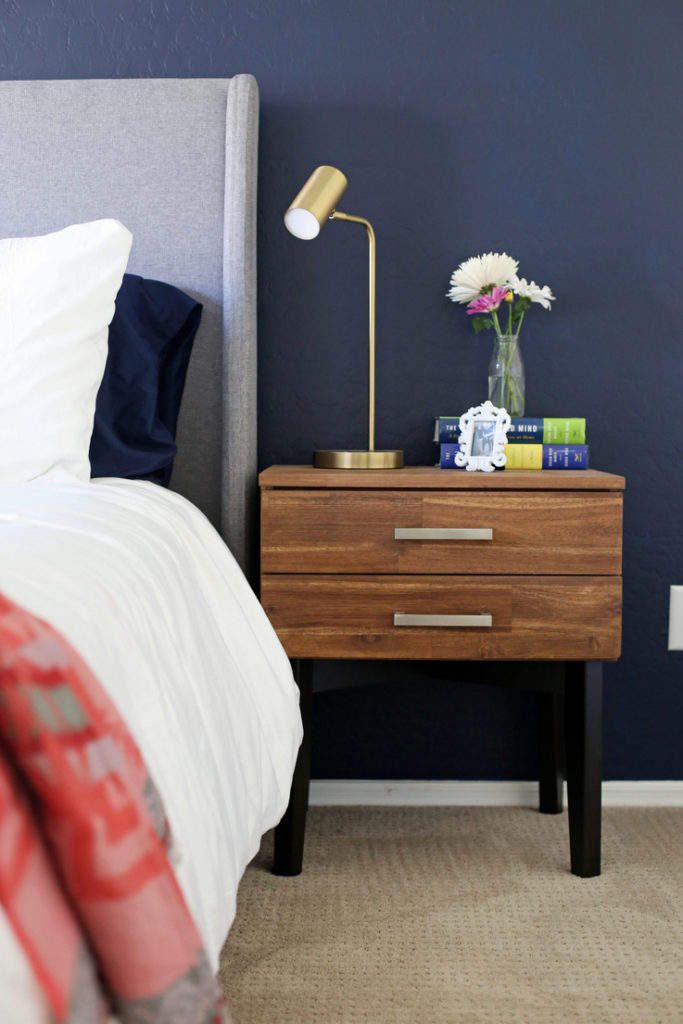 In eleven years of marriage, we’ve never had a master bedroom I really loved.

But this one, when we moved in, was HANDS DOWN the worst we’ve ever had.

The walls were painted orange and the carpet was green. My friend Jen came over the week we moved in, took one look and said, “This room looks like a cantaloupe.” That might have been offensive if it wasn’t so true and hilarious that I repeated it to every person who saw our room for the next year.

To add to the badness of the room (which you might think was hard to do), we had no bed frame, which I think is a terrible look. We actually owned two queen bed frames, but since we knew we were going to upgrade to a king, we went ahead and put them in the two bedrooms downstairs so we wouldn’t have to move them later.

And our bedding, which was a bright green and cream (purchased many years ago, for a different room, on clearance) looked absolutely awful. There was nothing on the walls, and we had a non-matching dresser in the corner. I frequently joked to Bart that the only decorations we were missing to complete the frat house look were a few old pizza boxes and empty beer cans in the corner.

So, to be fair, we could have done almost anything in this room and it would have been a major improvement.

But I’m so happy with how this room turned out, even without any comparison to the terrible before. Now, instead of feeling vaguely furious every time I walk into our room, I LOVE being in there. Even when there is laundry waiting to be folded on the bed or a big stack of picture books, I think this room is gorgeous.

Upgrading to a king was a huge improvement because the bed actually fits the room now, and I love this Joss & Main bed frame so so much. We’d picked two different ones and both went out of stock just before we ordered them, and then I fell in love with this West Elm one, so I was delighted to find it for less than half the price at Joss & Main. I swear, they are identical.

And we’ve wanted a bench at the bottom of our bed forEVER, but never really had room for one. Someone suggested a leather director-type bench, and I didn’t love that idea, but it did make me start looking for something in a natural material that would give the room some warmth (which I thought it needed with the gray and navy). I love how this one looks, plus it’s so nice to have somewhere to stack the picture books the girls are always dragging in to read in the mornings or put laundry baskets in.

I couldn’t be happier with the dark blue wall (Sherwin-Williams donated the gallon of paint for that wall and I loved it so much and it went so far that we ended up using the rest of the gallon to paint Ani’s room in the same color). For reference, in case you care about paint, we’ve used Sherwin-Williams Emerald paint in almost every room we’ve repainted so far in the satin finish (various colors, but mostly Alabaster).

Now if only the rest of the house could look this good. 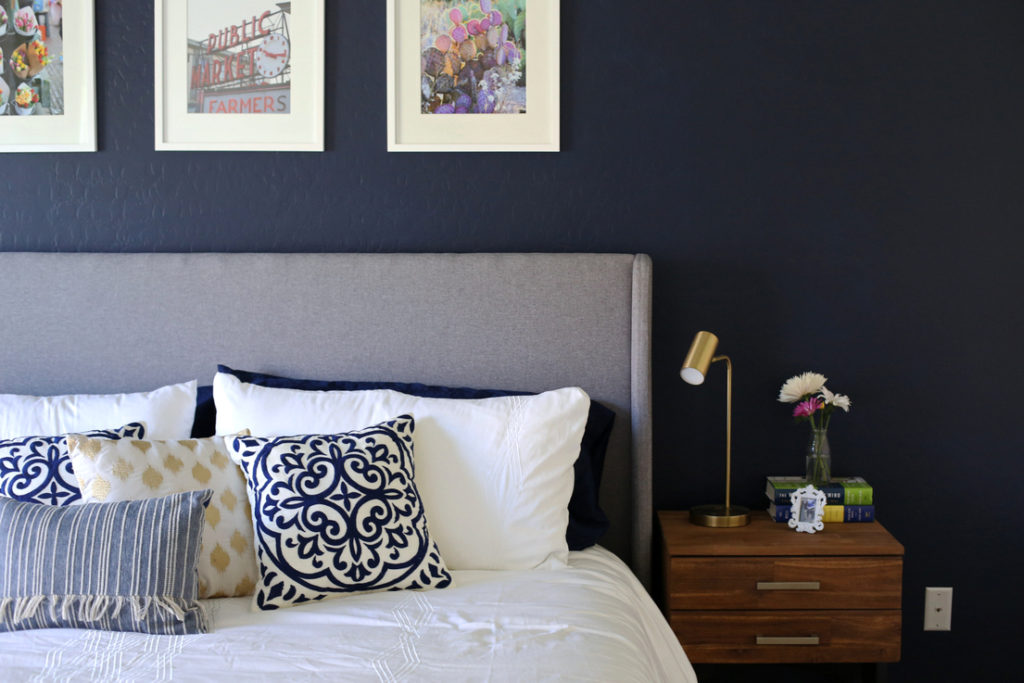 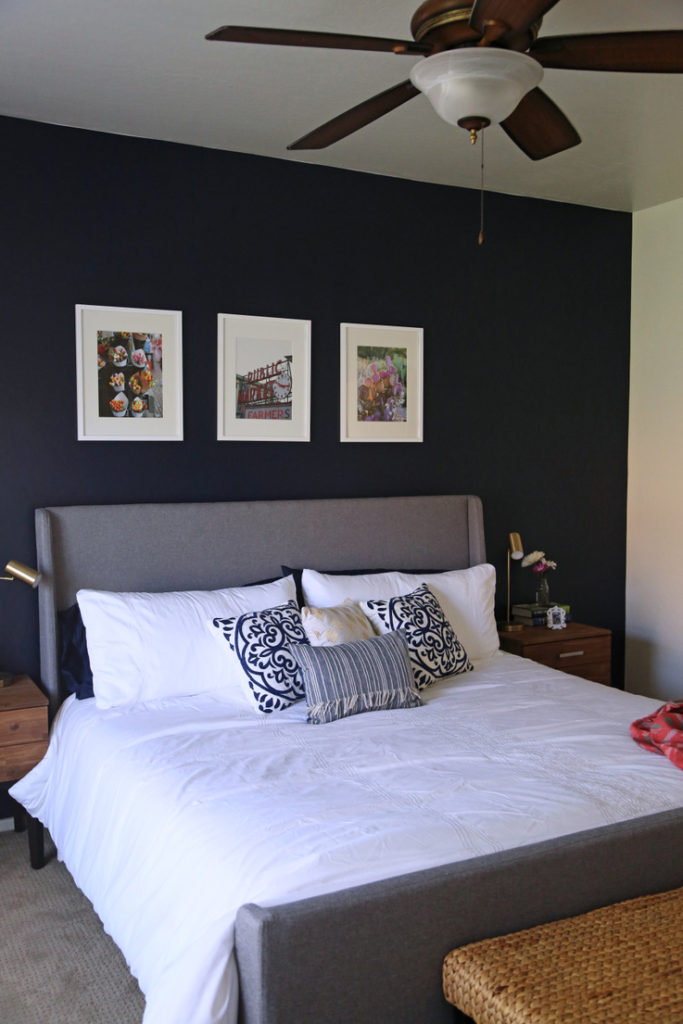 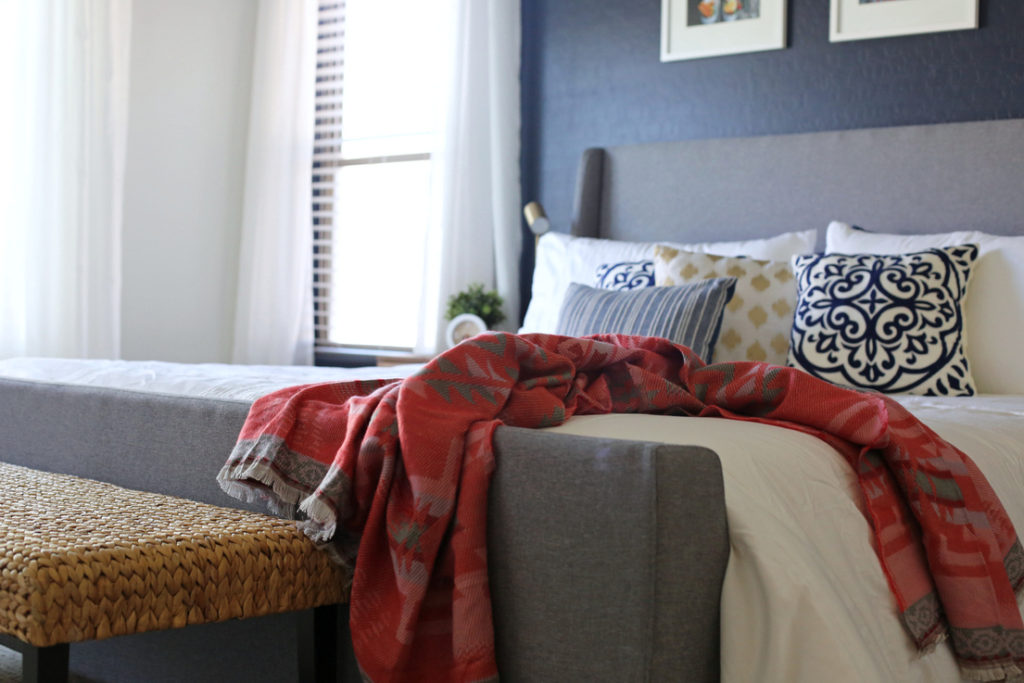 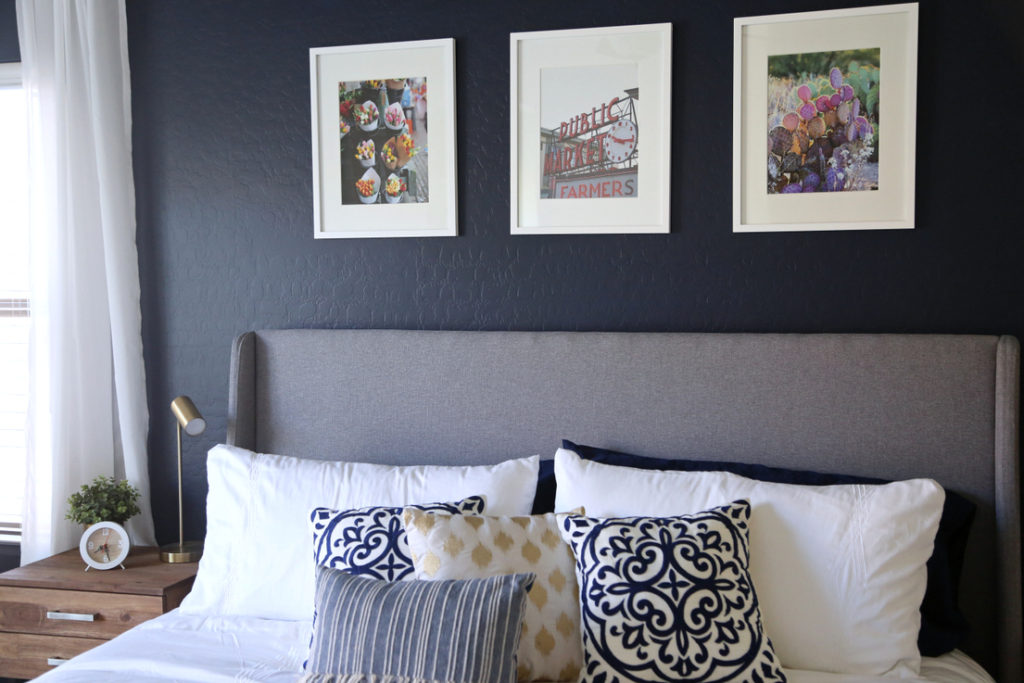 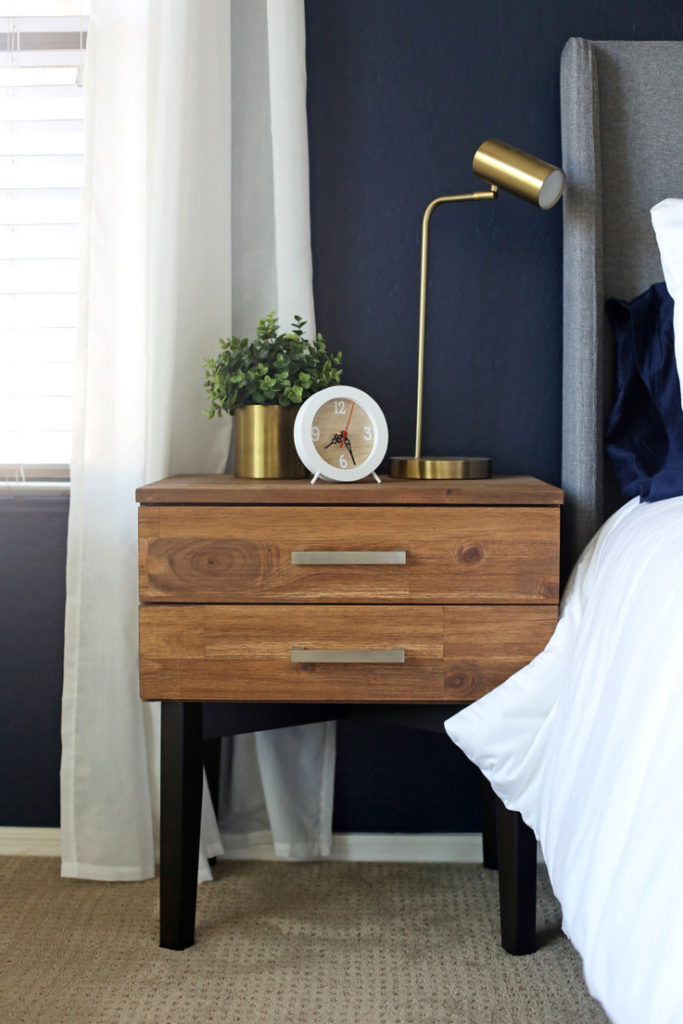 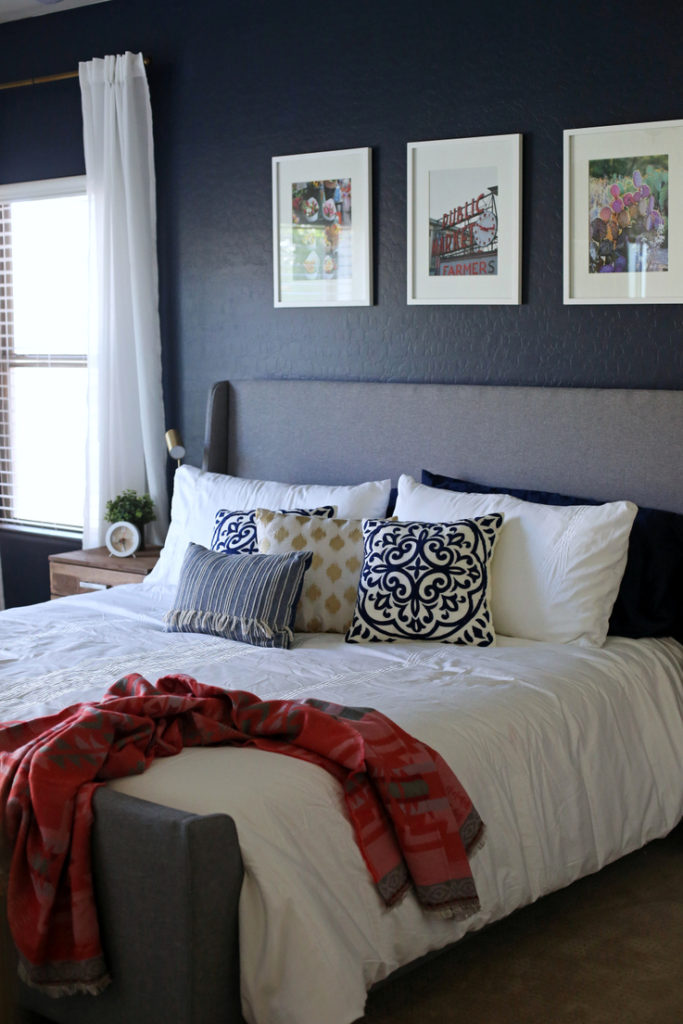 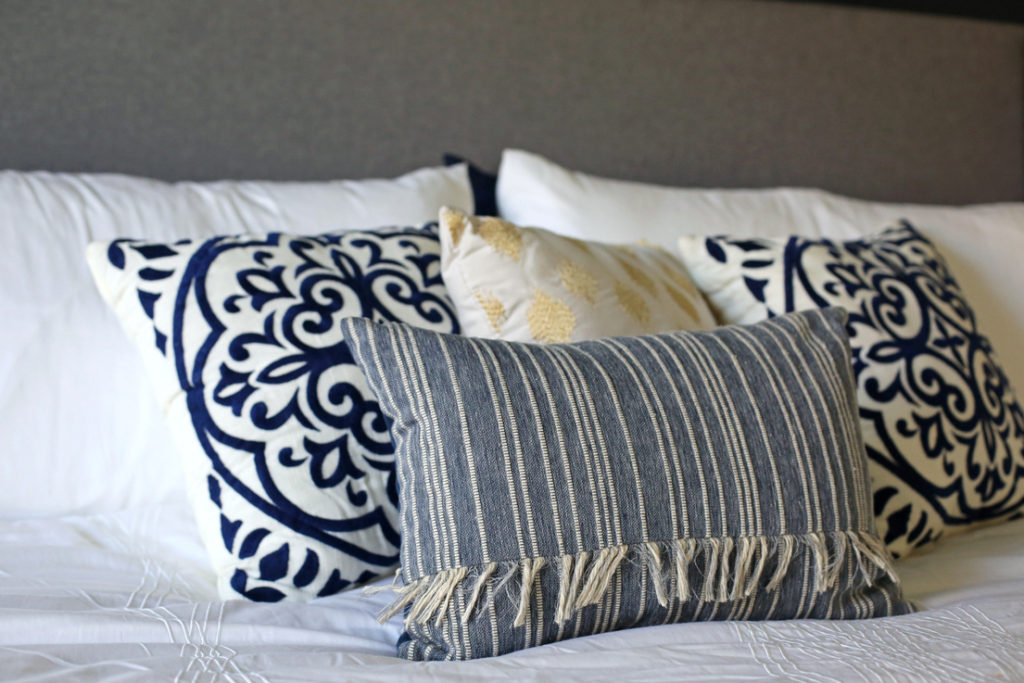 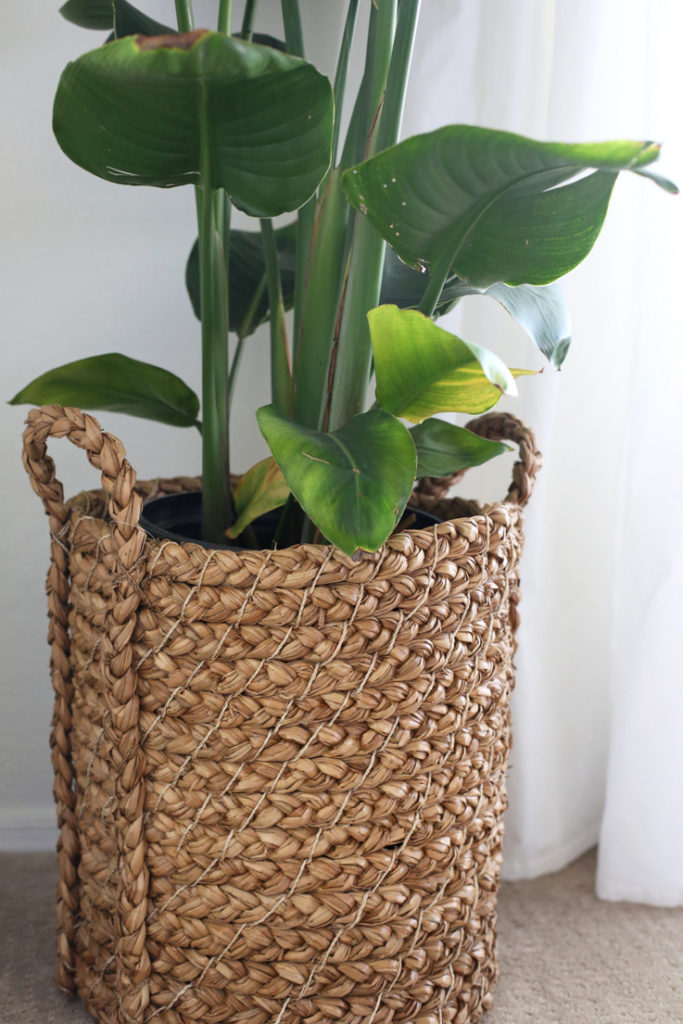 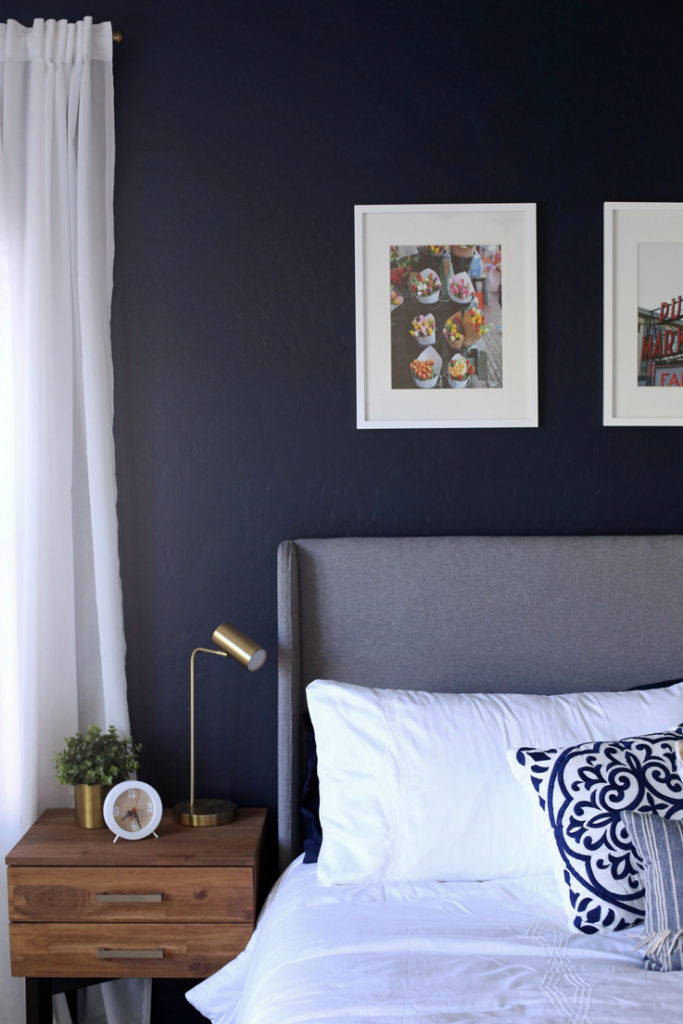 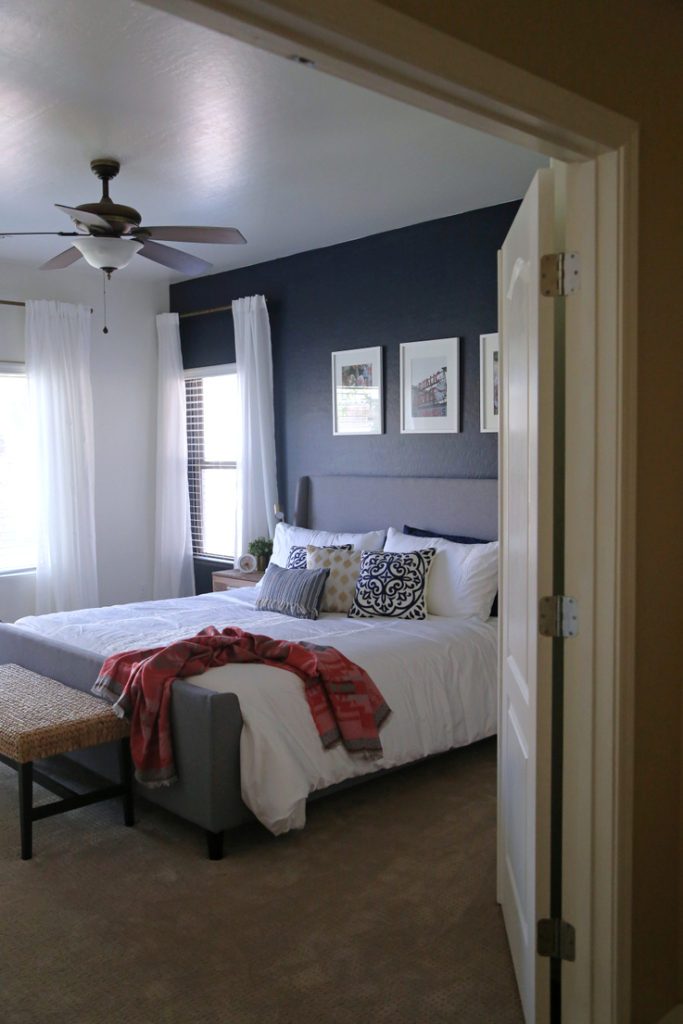