I feel like every year, they give us interesting and unique things that we use and enjoy.

One of my favorite gifts they gave us one year was a set of DIY audiobooks.

As you can imagine, they’ve been used over and over for the last many years. 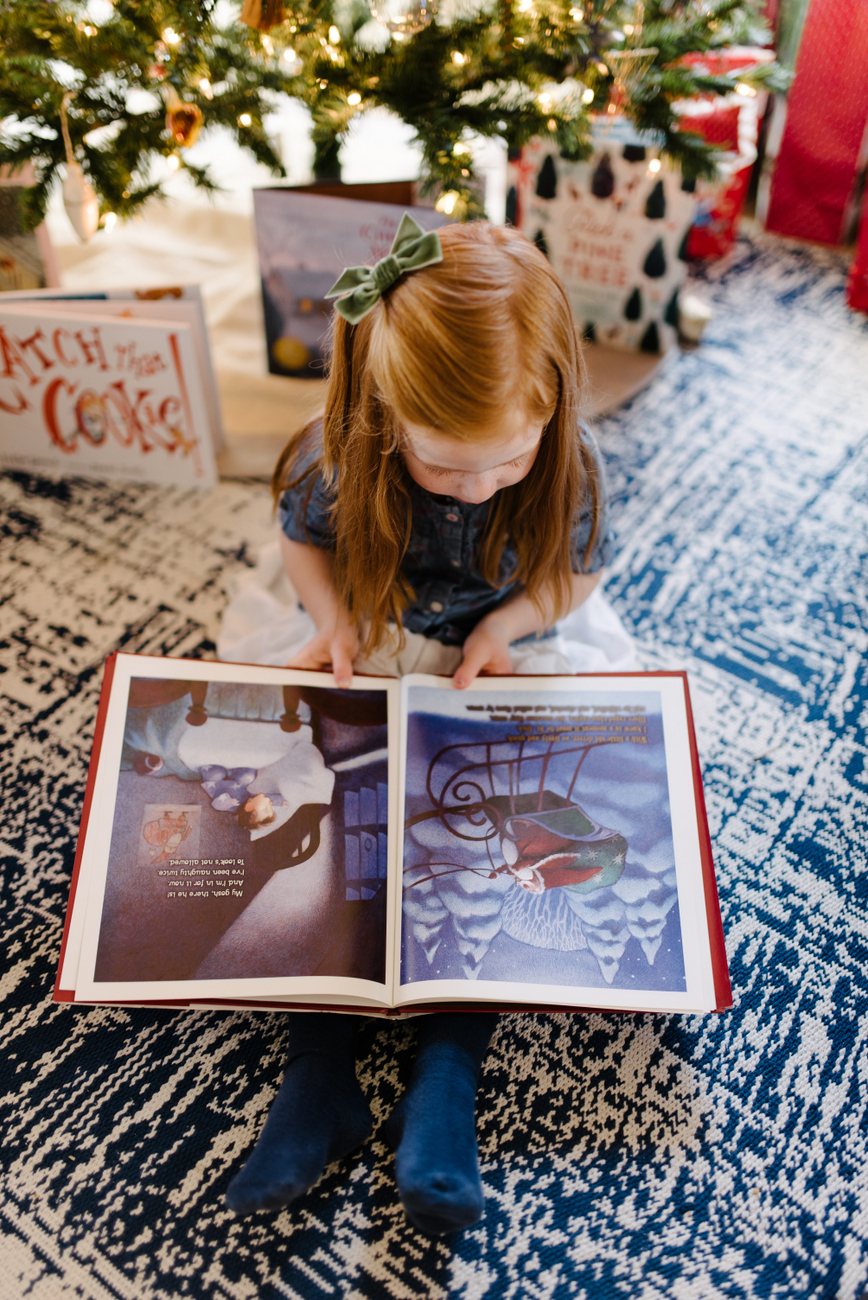 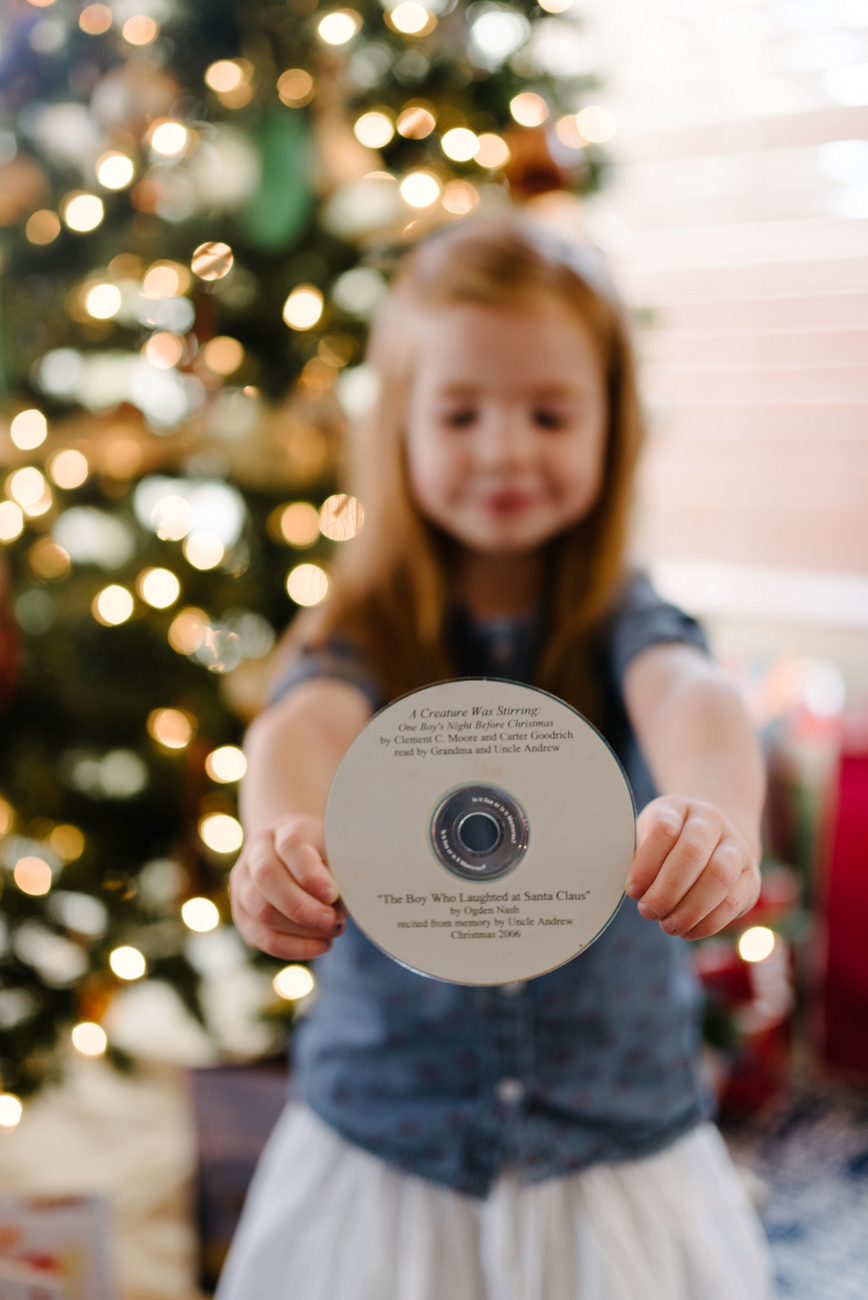 This Christmas version was actually a gift before my children were even born, back in 2006.

The book A Creature was Stirring: One Boy’s Night Before Christmas is a really fun holiday book which contrasts the original Clement Clarke Moore poem with a another poem about a little boy who IS stirring.

As the original poem unfolds stanza by stanza on the left-hand page, the little boy’s poem, where he creeps out of bed, sneaks up on to the roof and takes Santa’s sleigh for a spin, is carried out on the right hand pages. 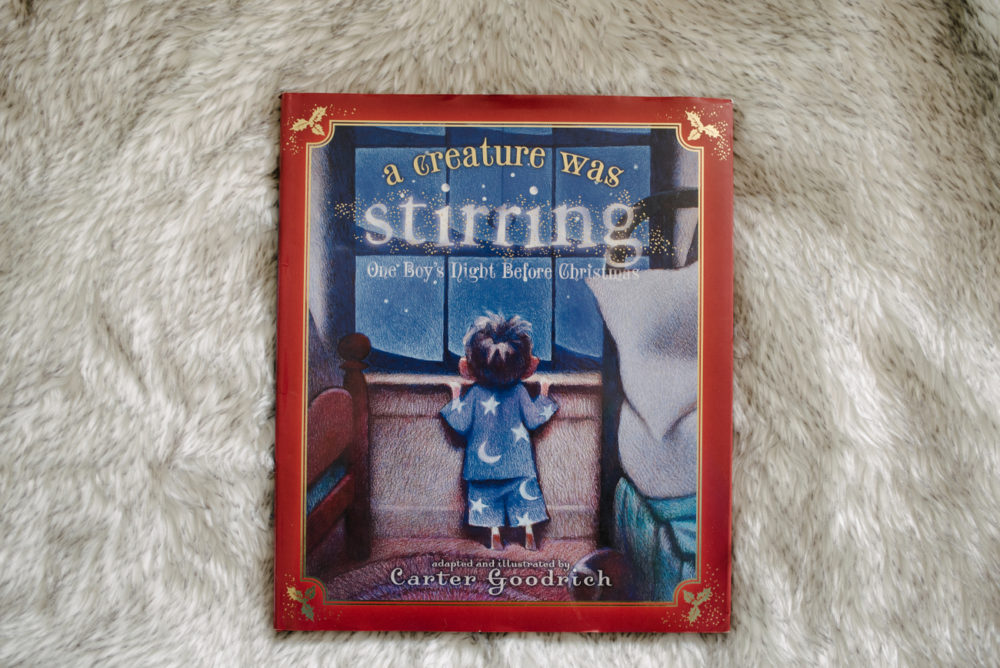 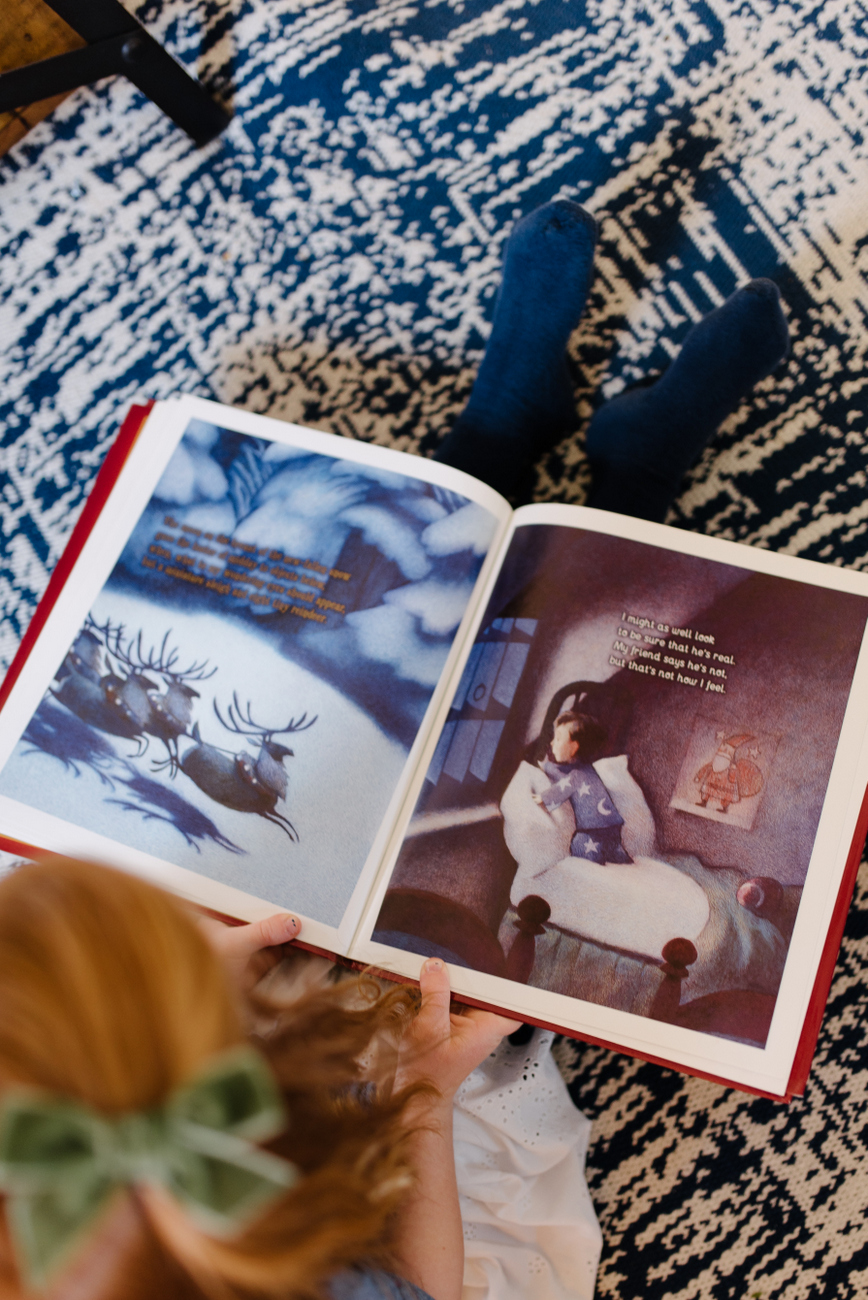 My mother-in-law read the original poem and my brother-in-law, who was pretty young at the time, read the little boy’s part.

They recorded it on a CD and slipped it in a CD pocket in the back of the book so that it was easy to keep track of.

As you can imagine, this is a family treasure. 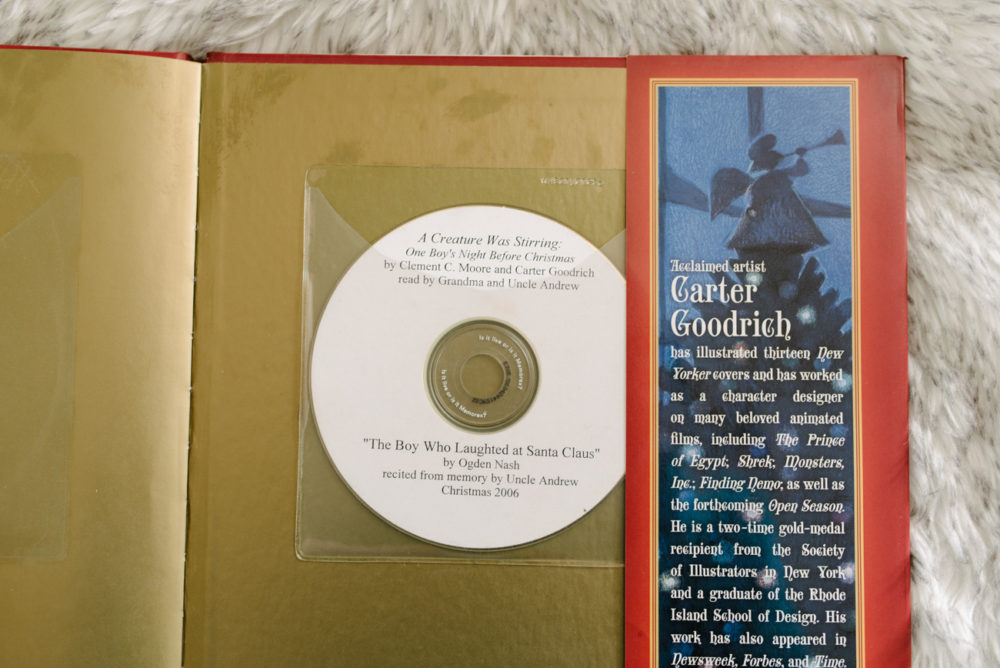 My girls love listening to their grandma (who currently lives in Europe) and uncle read them a Christmas story, and I love that they can listen even when I’m not available to read to them. 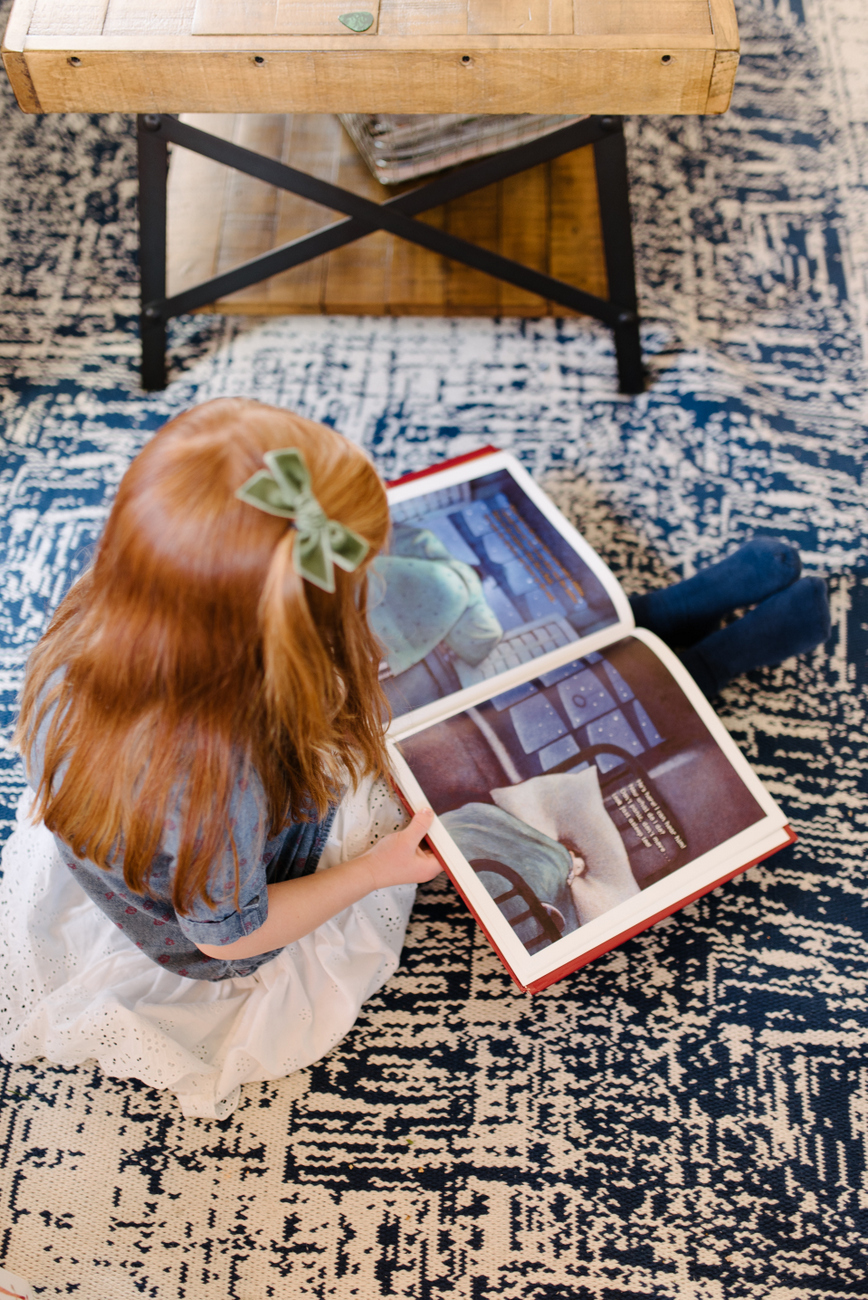 This gift was such a hit with the grandchildren that a few years later, they did another set, this time with a bunch of classic children’s books, including The Story of Ferdinand, among others.

This time, my brother-in-law read them all, and they sent along one CD with all the audio tracks and then physical copies of each book so the grandchildren could follow along.

Ella was about two, I think, when they did this, and for YEARS we kept that CD in the car along with the paperback books and we listened to them hundreds and hundreds of times.

I think it’s the BEST gift idea for children, especially if you live far away from family.

When I mentioned it on Instagram Stories a few weeks ago, several people responded saying that they had done it for their nieces or nephews or that they had similar audio recordings of their grandparents from their own childhoods and still could recite pretty much every word of the books. 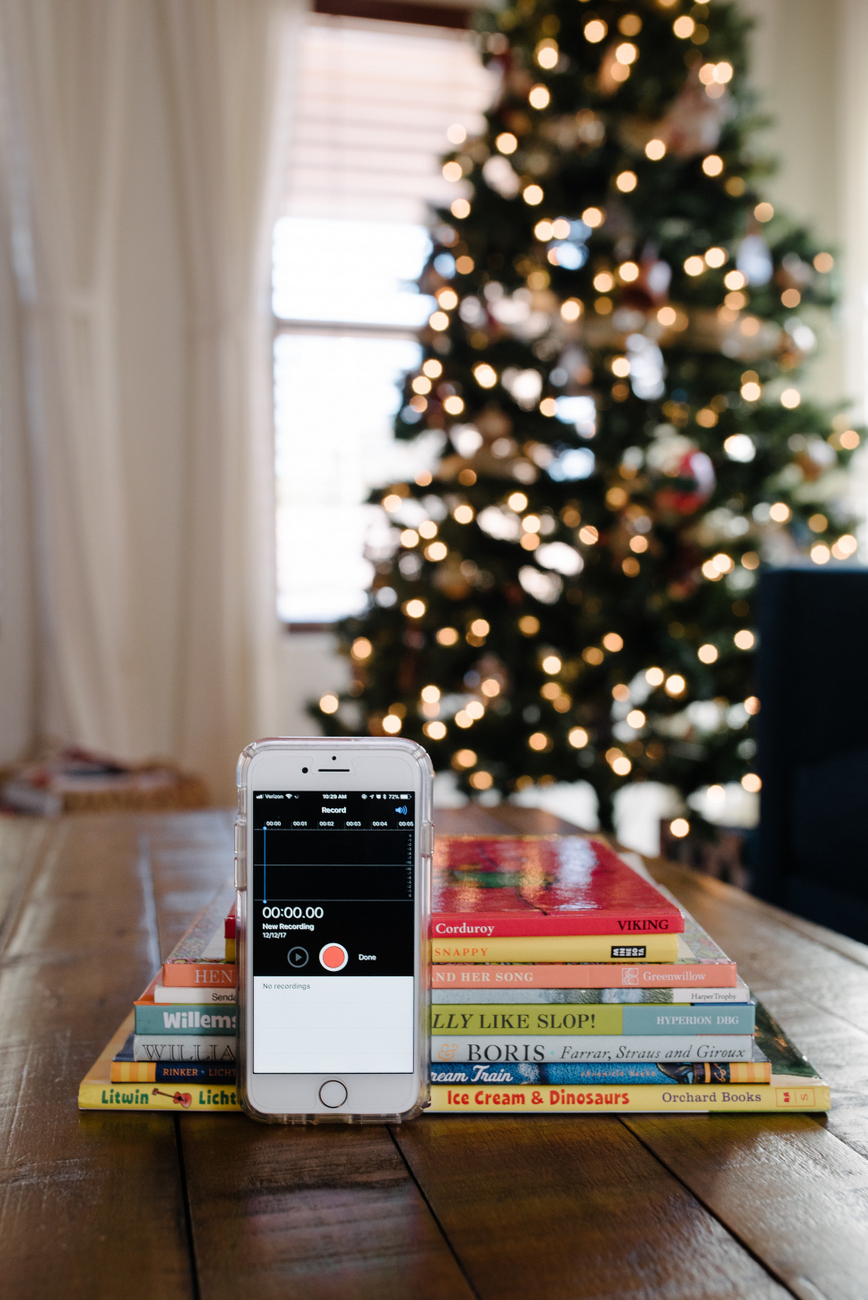 You could make an audio CD or you could easily just record a voice memo on your phone and play them on your phone or through your car bluetooth. One commenter mentioned that she had her parents record them as voice memos and then send the memos along and she burned them all onto a CD.

No matter how you do it, it’s such a sweet gift that you’ll probably treasure forever.

I love the idea of doing it for my own children so that they can listen to me read aloud to them at bedtime on their CD players or during quiet time.

And if you need some ideas for books that would make perfect DIY audiobooks, these are nine that lend themselves well to being read aloud: 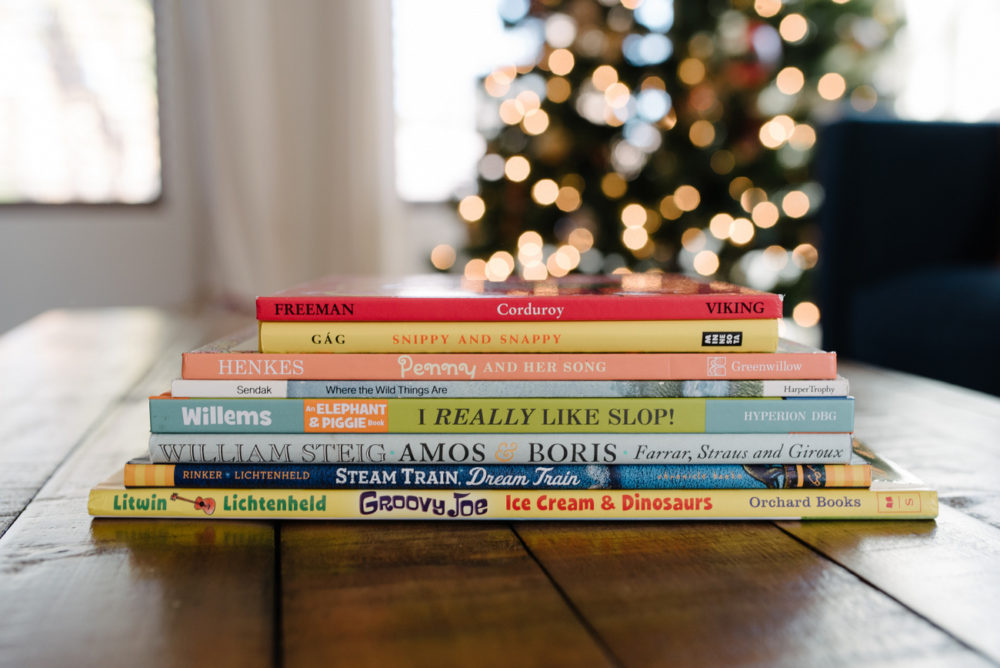