Unbelievably, it’s been a year since we moved into this house.

We didn’t really have plans to move, since we loved our 1950s ranch house and the big lot it was on, but we’d had our eye on the neighborhood Bart grew up in for YEARS (long before we moved to Utah) and when this house came up on the market and it met our basic requirements, we snatched it up.

We got a pretty reasonable deal on it because it was listed as a 3 bedroom house (and it was really too expensive and large for anyone to be excited about it with three bedrooms) and we spent all last summer renovating it to make it into a five bedroom house (plus an office).

All last summer, we’d come over to visit the house and I’d stand on the front porch and think, “I can hardly imagine that we’ll actually get to live in this house.” And now we have for a whole year!

When we moved in, the renovations weren’t QUITE done (in fact, they were literally painting the trim the morning the movers arrived) so we had several months where there was just a constant parade of people in and out of the house finishing up painting, tiling the fireplace, hooking up electric things, and a million other things.

Here’s what we’ve done (or had done) in the year since we moved in: 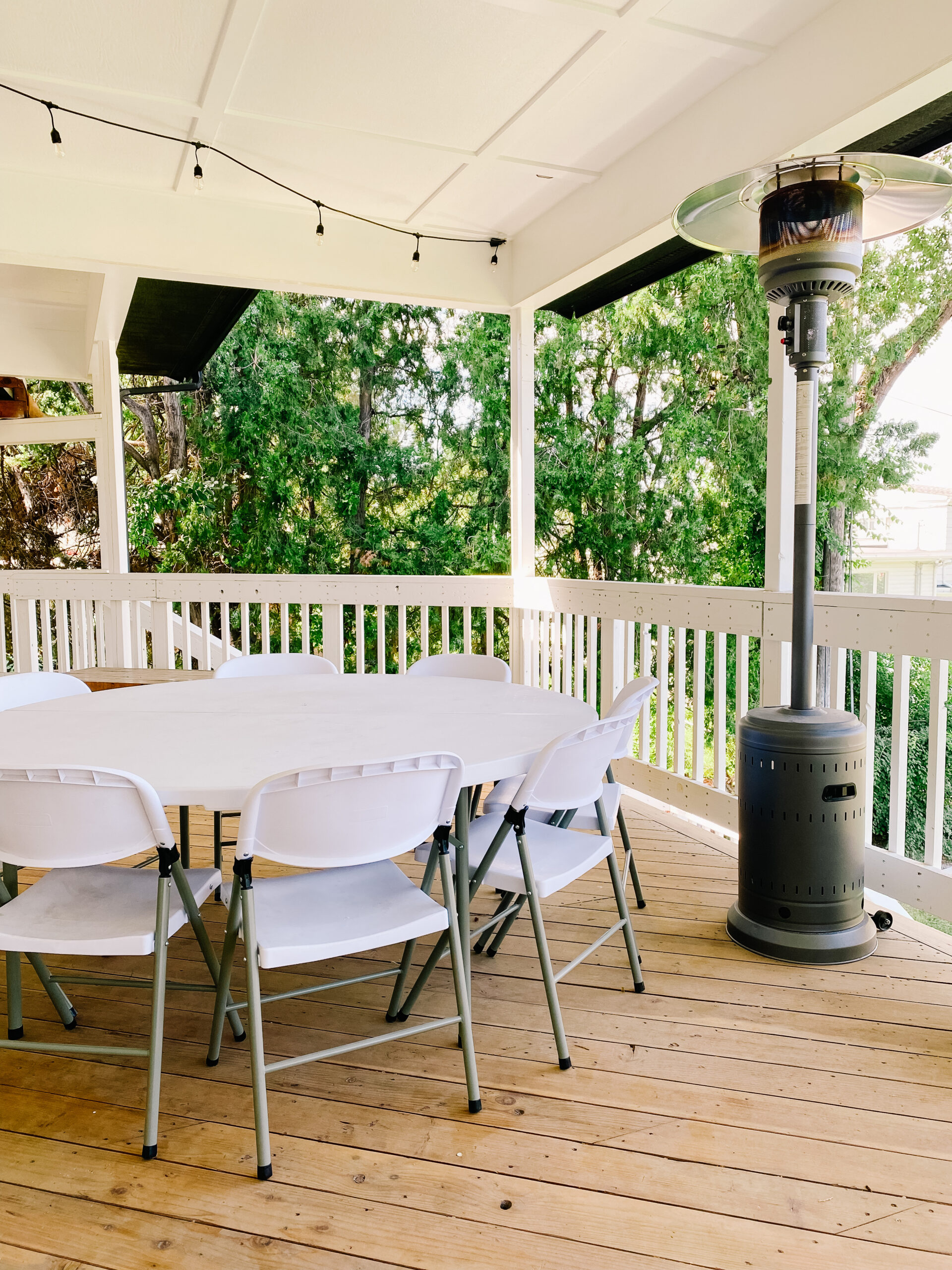 This next year, I’m hoping to get Tally’s room wallpapered, finally pick out a rug for the living room, get the dining room finished, and things hung in the basement playroom to make it look more finished. There are two of the three bathrooms in this house that could use a renovation, but we’re in no hurry on either of those.

It’s been such a dream to live in this neighborhood with kids popping in and out to play with our girls, summer night bike rides, Sunday cookie walks, and being able to walk to Bart’s parents house. And having a home with an eat-in kitchen, a bathroom of our own, and bigger spaces to entertain has been an absolute delight.

I feel lucky every single day that we get to live here.