Today we’re closing on a house!

Literally the day after I wrote this post about our living situation, Bart went to see a house that we’d looked at online more than a month earlier and dismissed as not interesting (it had pretty much the worst pictures a listing could have that made the house look much more rundown than it really was and also made it impossible to know almost anything about the layout, size, or condition of the house).

He called me after he’d gone through and said, “I actually really love this house.”

I was in the car at the time and so I looked up at the address and drove by it. The minute I pulled up in front of it, I thought, “This is the house for us.”

I’d never had a feeling like that about a house. Both of our previous two home purchases felt like solid choices, but not like the house was just speaking to me.

The next day we both walked through it and the following day we put in an offer which they accepted.

Since we’d moved to Utah, we’d gone through many houses and although there were a few that we came close to making offers on after we walked away from the first house, none of them ever felt right.

This one, though, felt like the house for us from the moment we walked through the front door and I haven’t had a moment’s regret about it since we put in our offer.

It’s an old house, built in the late 1950s, and it’s never been remodeled (which we see as a plus because MANY houses we’ve gone through have had remodels done 10-20 years ago which the owners see as recent and want to get their money out of, even though they’re now starting to look quite dated or aren’t what we’d want).

Originally, our plan was to keep living at Bart’s parents house for several more months while we remodeled the kitchen, moved the staircase, added a master bathroom and replaced all the flooring in the house (right now, it’s a hodgepodge of carpet and linoleum – I’d guess there are at least 7 different floorings in the house at the moment). 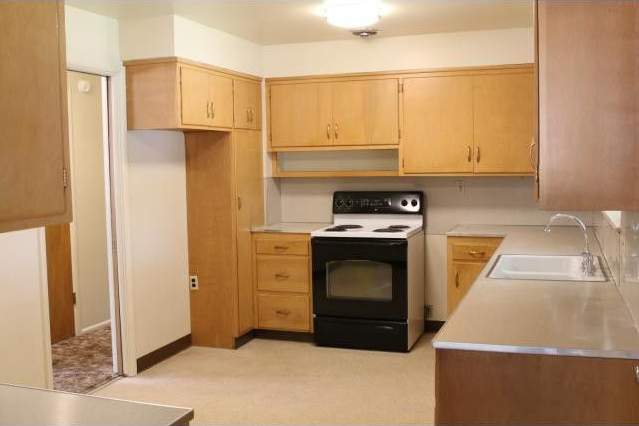 But as our closing date approached, we realized we weren’t ready to pull the trigger on all these big projects without living in the house first and seeing how it actually works for our family. Plus, we felt like living here, waiting for these big projects to be done, would make us really antsy and rushed to get things done quickly instead of right.

Our new plan is to move in this weekend and then start work on one project at a time after the first of the year (although guaranteed I won’t be able to wait that long to paint at least a room or two). When we’re ready to do the kitchen, stay at Bart’s parents house while that’s torn up.

After our Arizona house, which had lots of cosmetic changes but no really big changes, I’m very excited about doing some big remodeling projects and I can’t wait to see our vision come to life.

This house certainly has some odd things about it (once we’ve moved in, I’ll show them to you over on InstaStories), but there’s something about it that Bart and I just love and it feels like the right place for our family.

It has a very large yard, a screened-in back porch, quite a bit of good natural lighting, a fireplace (hellllllo Christmas stockings), and a big basement playroom (complete with awesome wood paneling straight from the 70s). 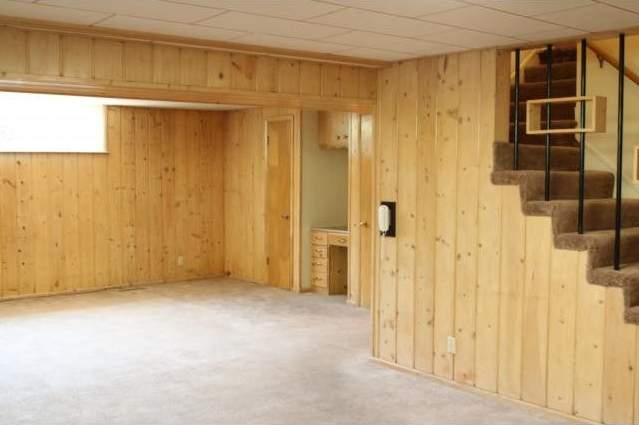 It’s about three-quarters the size of our Arizona house, but the space is really used well and I think we’ll love living there. I’m especially excited about the outdoor space, which, naturally, I have big plans for. After we gut the whole kitchen and the other indoor projects.  . . 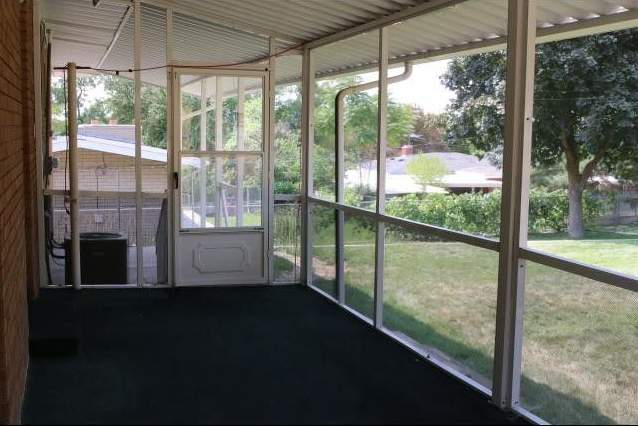 I’m also over the moon about being able to bring out all my Christmas things, even if our Christmas tree will be sitting on rose-colored carpet.

And while I’ll be very glad to have our own space again, I’m surprisingly sad to leave Bart’s parents house – it’s been such a gift to have so much daily interaction with them, from dinners together to casual conversations over dishes and breakfast.

Fortunately, this new house is very close by, so we’ll still see lots of them until they leave next year. And the girls will still be at the same school, which was very important to us.

And after all of our stuff being in storage since the summer, it’s going to feel like Christmas came early to unpack all of our belongings.