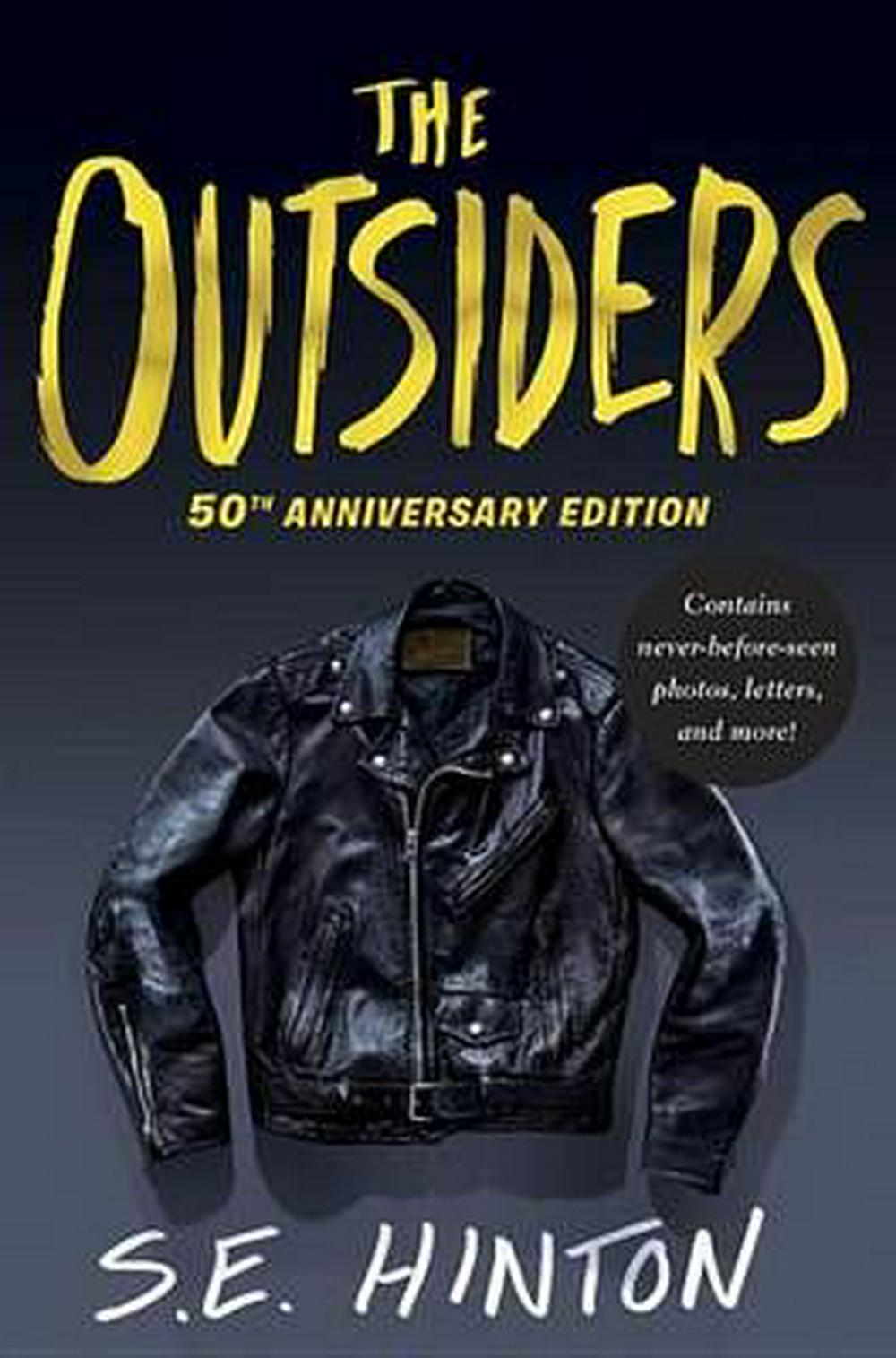 9 of 10: The Outsiders was everything I could have hoped it would be after years of hearing about it. Fast paced, great characters, sad, but hopeful.

So, you’ve probably never heard of this little-known book, but hey, it was pretty good. Wait, no. I’m probably the last person on the face of the earth to have read it.

The Outsiders by S.E. Hinton is the grandparent of YA literature and it’s been popular for 30 years. For good reason.

Also, you know how sometimes you hear about a book for years and years, and you have sort of this idea in your head about the main plot? For some reason I totally thought it was about a bunch of boys living in cars. It is, well, not. I now know this.

the outsiders by s.e. hinton

Ponyboy (yes, his real name) is the youngest of three brothers. His parents were killed in an accident recently and his oldest brother, with a scholarship to college to play football, has stayed home to work two jobs and support the other two boys. The other brother, Sodapop (yes, also real name), has dropped out of high school and works as well. Ponyboy, who is a good student, is still in high school, but figures he’ll end up working as well after he graduates.

After all, the boys live on the wrong side of town, with little money, and they are considered “greasers.” The other greasers they hang around with carry knives or guns, fight, are in and out of jail, drink, smoke, and basically have no futures. And their biggest enemies are the Socs, the kids from the right side of town who seem to have it all: money, nice cars, the right clothing, and a future.

There is a plot, one that moves pretty quickly, but the real point of the story is the characters and the exploration of human nature. I continue to be amazed at S.E. Hinton’s ability to see so clearly what people are like and narrate it in such a moving way. I just can hardly believe she wrote this book at fifteen (published when she was sixteen). Her writing just appeals to me in a way that continues to surprise me.

I wish I hadn’t put off this book for so long; it really does deserve the hype. It’s sad, yes, with people in terribly difficult circumstances, finding themselves at the mercy of prejudice and bad luck, but also looking out for each other, finding good in hard times, and working to make life better. This book is, for me, in its own strange way an embodiment of the American dream.

Basically, if you haven’t read The Outsiders by S.E. Hinton, you should. Not only because it’s famous and popular, but because it is just a good book. One that will make you grateful for what you have and motivated to work to get what you want. In an unbelievably uncliche kind of way.

If you liked this review of the outsiders by s.e. hinton, you might also like these books: