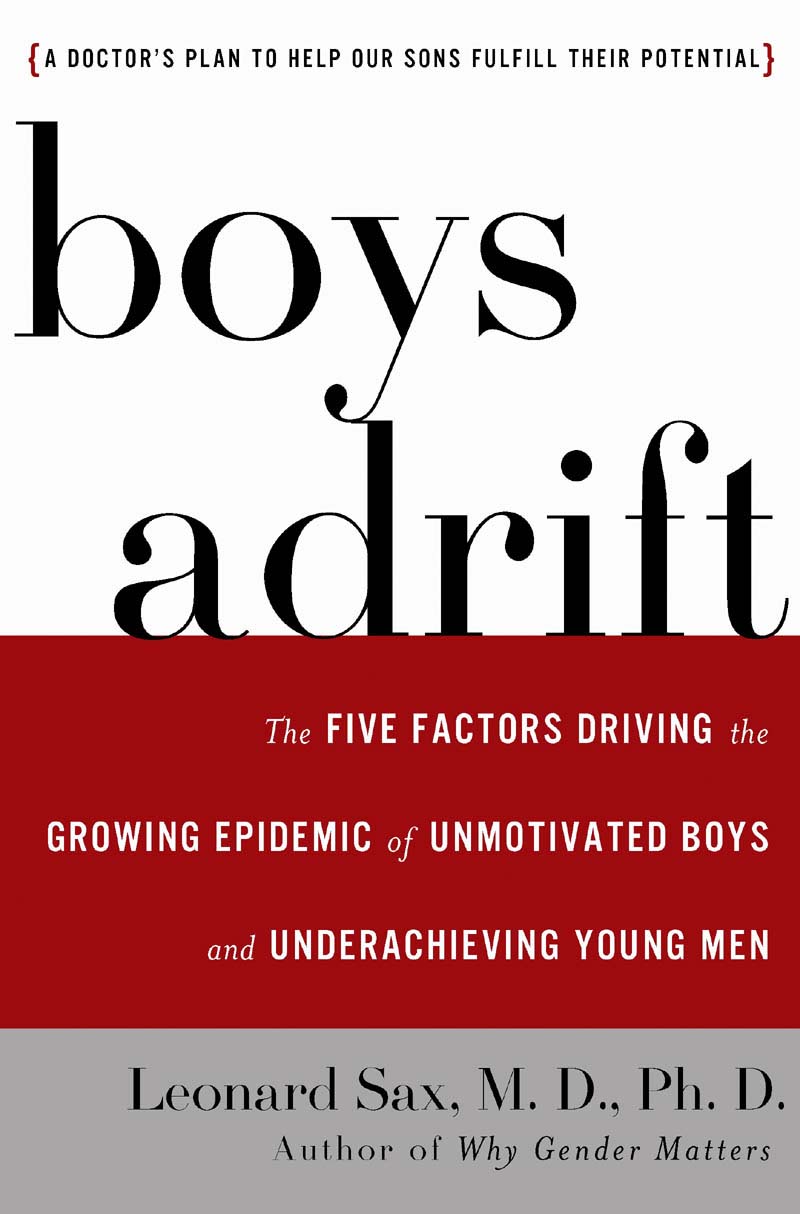 9 of 10: Boys Adrift: The Five Factors Driving the Growing Epidemic of Unmotivated Boys and Underachieving Young Men is, undoubtedly, a change from my regular fare, but I enjoyed every minute of it.

Boys Adrift is about the changes in society that have made it increasingly common for men in their late twenties and earlier thirties to still be living at home with their parents, working a part-time job, spending their time online or playing video games, and basically going nowhere with their lives.

The five factors he discusses are:

Boys Adrift is amazingly readable – I was never bored and I kept stopping to reread parts out loud to Bart. I’m certain Boys Adrift is a book I’ll return to if I have sons.