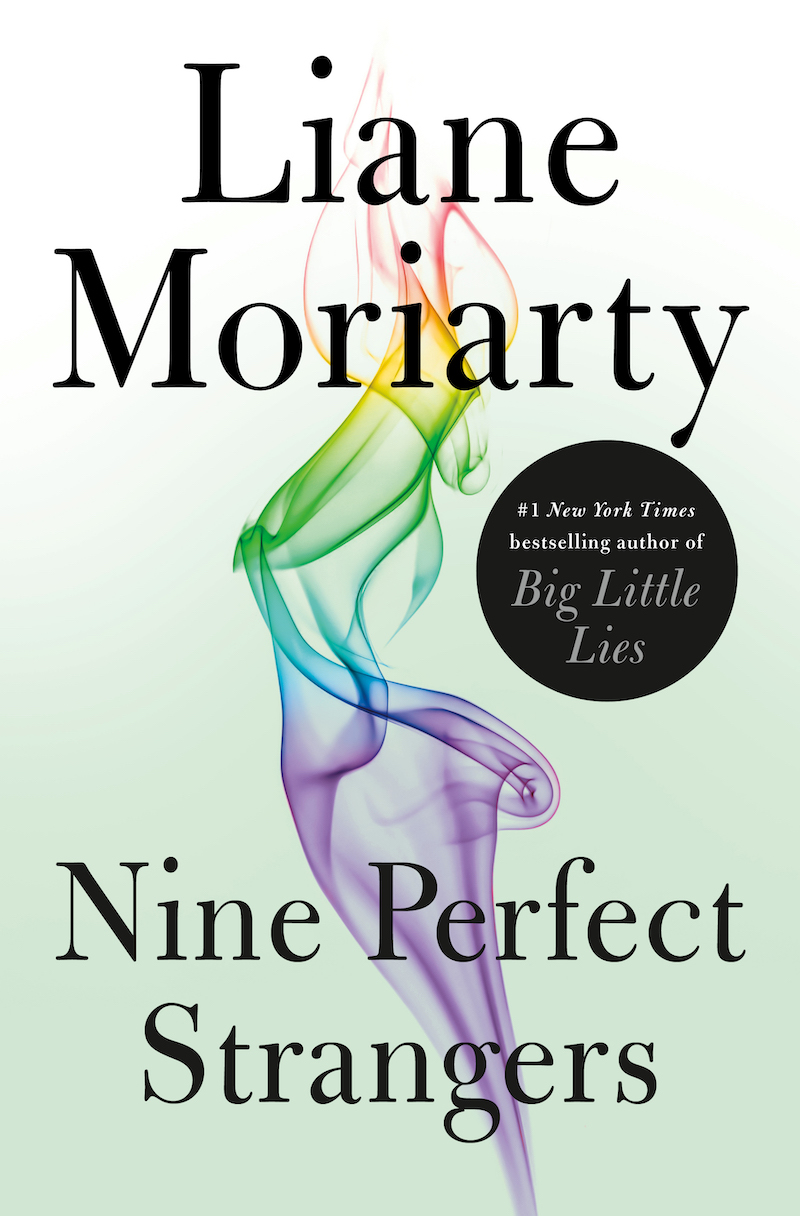 As soon as I saw Nine Perfect Strangers by Liane Moriarty, there was no question that I was going to read it at the earliest possible opportunity.

I consider her book, What Alice Forgot, as one of my all-time favorites, and I also really enjoyed Big Little Lies.

Nine Perfect Strangers, though, people are really split on.

In fact, after I picked up a copy from the library and shared it on Instagram, many people said they’d be disappointed in this one or weren’t sure what to think, and I started to get a little nervous.

Now that I’ve finished it, though, I don’t have any mixed feelings – I enjoyed pretty much every second of it.

The thing with Liane Moriarty books is that you just have to buckle up and enjoy the roller coaster. Because it’s always going to be a wild ride.

Nine Perfect Strangers starts with Yao, a paramedic who has been called into a corporate office because one of the executives has collapsed.

Of course, that executive, Masha, is sure she’s fine and doesn’t want to be bothered – there are briefs to read and documents to sign and she certainly can’t be bothered with a little minor collapse.

The story quickly leaves behind this event and jumps ten years forward to the present, where nine different people are converging on Tranquillum House in a remote area of Australia for a ten day experience that promises to change them inside and out.

It feels a little bit like a book version of Lost, where you get an inside look at each person’s story and reasons for being there, and you slowly discover more about each of those people.

The Nine Perfect Strangers are Frances who has had a successful run as a romance novelist but now seems to have lost her touch (and probably her career); Jessica and Ben, a young married couple where Ben drives a Lamborghini and Jessica sports a body that has seen every plastic surgery known to man; Lars who is ridiculously handsome and a divorce lawyer; Tony, who Frances is convinced is a serial killer; Carmel a normal-sized mother of four who is obsessed with her weight who; and the Marconis family, with Napoleon, the chatty school teacher, Heather, the quiet midwife, and their daughter Zoe who is about to turn 21.

Unlike Lost, none of these characters have intertwining lives, but they DO all have plenty of issues that they’re anxiously hoping Tranquillum House can solve for them.

Tranquillum House is gorgeous, but the guests quickly see that they aren’t kidding around – searching their luggage to take out any contraband like wine or chocolate, and immediately starting five days of silence.

I mean, all these people want change in their life, but do they really want to give up their cell phones, their chocolate stash and any conversation? Who would?

And the director of Tranquillum House is, of course, none other than Masha herself, who is, naturally, utterly transformed from the executive she was a decade earlier.

In fact, if there’s ever someone who might be able to change the lives of these nine people, it’s probably Masha.

But it’s possible that not everything is as it seems at Tranquillum House.

I am not a reader who peeks at the end of the book to see how things are going to turn out, but I was sorely tempted in this one. As things came to a climax, all my previous experience with Liane Moriarty told me I basically had NO IDEA how things were going to play out.

Like Big Little Lies, this one has that growing tension as the story moves forward and you just do. not. know. what’s going to happen.

It was the perfect book to read over the Christmas break when I could read for long stretches of time and watch the whole thing play out – it was completely absorbing for me.

I’m so curious – if you’ve read this one, what did you think?