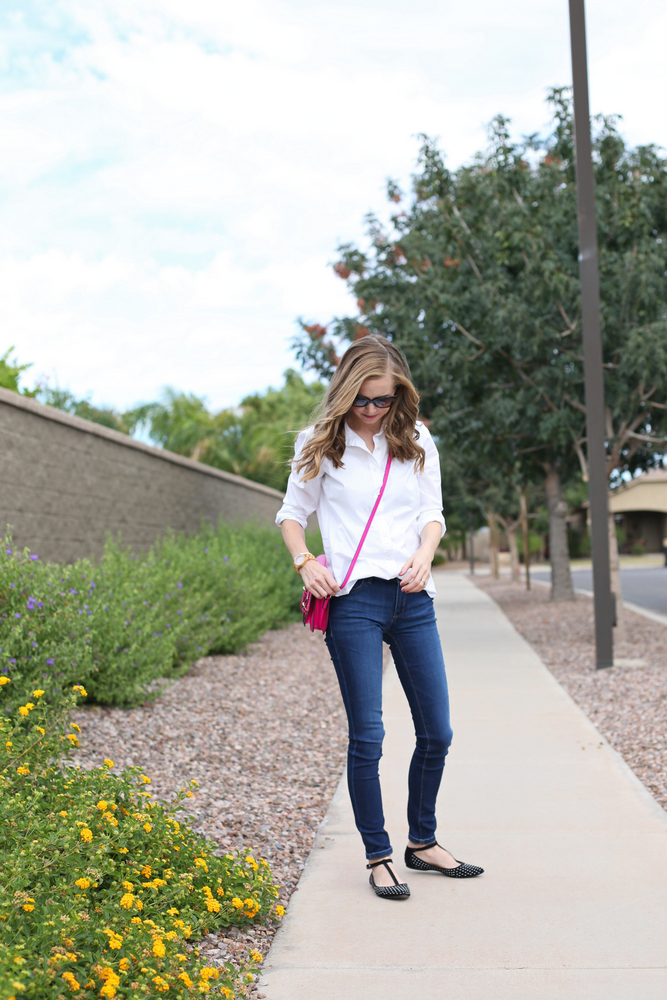 I posted a picture on Instagram of this sweater a few weeks ago and mentioned it was from ThredUp and someone asked how I find cute things on there.

Well, it only takes one question for me to barrage you with an entire post of my (dubious) wisdom, so buckle up.

In the last six months, I’ve only bought about three clothing items that aren’t from ThredUp. I seriously love that site and I’d say about 50-60% of my closet is now from there (this post isn’t sponsored; I assume they have no clue who I am except as that person who orders a LOT of things. There are, as usual, some affiliate links, plus if you make your first purchase on ThredUp through my link, you’ll get $10 off your first order. Proceed disclosed).

One caveat about shopping with thredUP is that they now charge a restocking fee. They started testing it in Summer of 2018 – I didn’t see the thredUP restocking fee for a while, but I started getting comments on this post about it, plus some emails.

Then, as of August 28, 2018, the thredUP restocking fee was made permanent, so now for any item under $50 you return, you’ll receive the full amount back in cash or credit, minus $1.99 per item.

I personally think it’s not the best business decision, since I think it makes most people less likely to pull the trigger on making a purchase at all or take a chance on something that they might like but aren’t sure about. On the other hand, as a business owner myself, I understand that shipping isn’t free (even if Amazon wants to make us all think it is) and that restocking things all has a cost.

Even with the restocking fee, I’ll still be shopping at thredUP, but I’ll definitely be less likely to take a risk on something I’m not sure about and I’ll be more conservative about the size of my orders.

Anyway! With all of those disclaimers aside and with more experience with thredUP shopping than I should probably admit to, here are my secrets:

My Best Tricks for Scoring Deals on ThredUp

I’m happy to answer any questions about ThredUp! Just be warned that if you get me started, you might not get me ever to stop.