You know how you see all those houses on Instagram or Pinterest with these amazing built-ins or cool architectural details?

That is not our house.

Our house is basically the DEFINITION of a cookie-cutter suburban home.

Shortly after we moved in, Bart described our house as two boxes set on top of each other. Ta-da.

So I’m always on the lookout for things we can do to give our house a little more personality.

A few months ago, I was up before the rest of the family (thank you, pregnancy) browsing through Instagram, and I stumbled on this photo from This Little Street and was immediately obsessed with the yellow door: 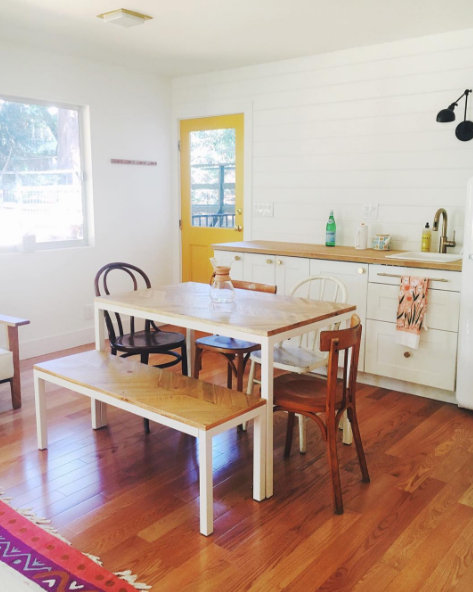 I’d actually pinned lots of colored doors over the years, but I’d never particularly considered actually doing it or thought about where it might work in our home. But suddenly I was convinced that this was the perfect solution for our bland (and fairly dinged-up) back door in our family room.

As soon as Bart woke up, I showed him the photo and said, “I think we need to paint our back door.” 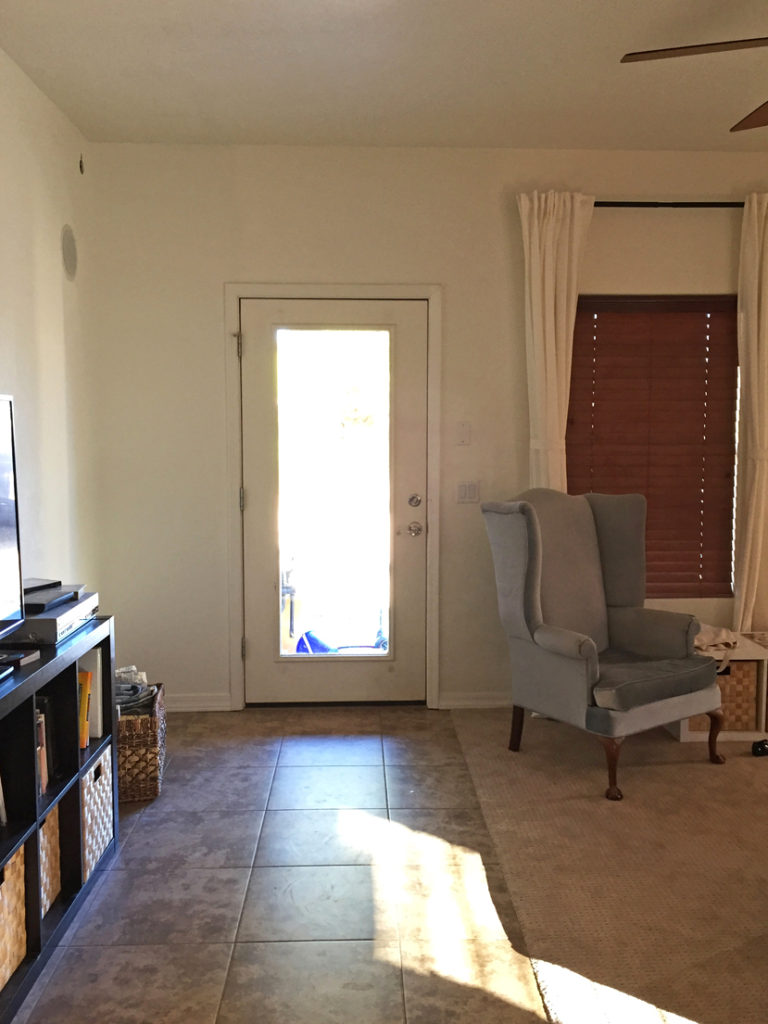 (Gee, you can’t imagine why I thought it could use some color or change of any kind. . .).

He told me he’d be amenable and asked me to put together a pin board of examples, since we knew we didn’t want to go yellow.

An hour later, I’d collected about 30 examples of painted interior doors and we’d decided to do the same deep blue as our bedroom wall (it’s Naval from Sherwin-Williams).

I did some quick research about painting metal doors and discovered that SnapDry paint was what you used for this kind of project. The instructions didn’t seem very hard, and on a Saturday morning, we removed the hardware, cleaned off the door, did about thirty seconds of light sanding on each side, and went to town with the paint brushes (I used a regular paint brush to do the trim and Bart used this mini-roller to do the majority of the door). 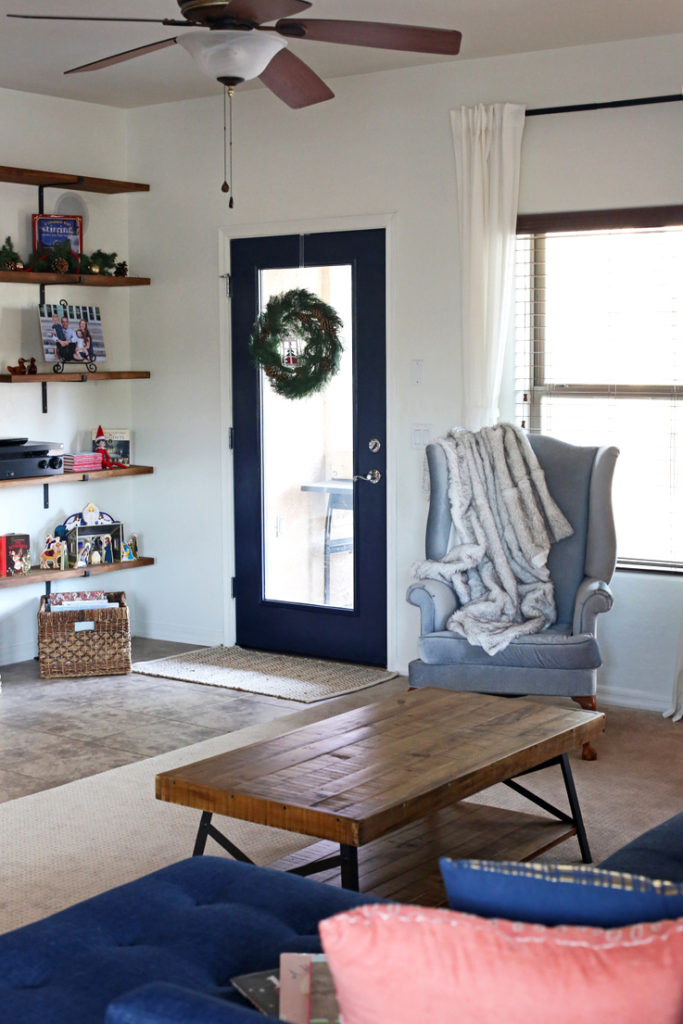 Sherwin-Williams contributed the paint for this project at no charge and we requested a gallon (I didn’t even think of asking for a different size), but when we picked it up at the store in Naval, they didn’t have a gallon size, so they gave us four quarts instead.

We used probably a third (well under half) of a single quart and that included doing three coats on both sides of the door (if you’re doing a lighter color, you likely won’t need as many coats), so a gallon was WAY overkill. 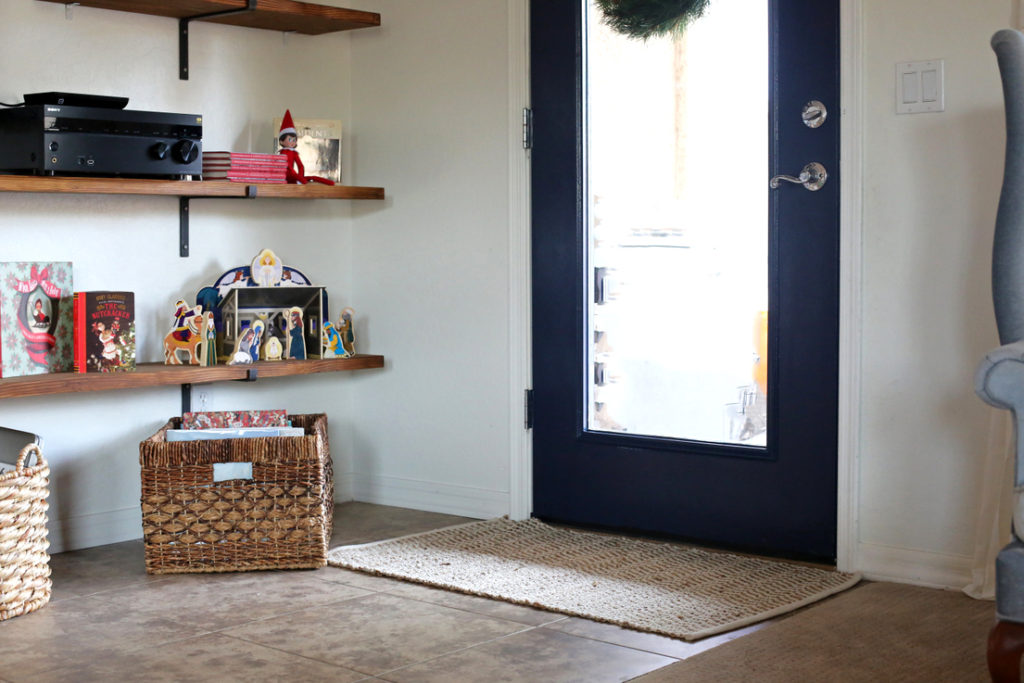 Now I’m trying to figure out how many more doors I can paint navy blue with all the paint we have left over.

It’s made the BIGGEST difference in that room, which was super bland before, and has really added a nice focal point to the room, plus the navy doesn’t get nearly as filthy as the cream paint before did. You can see straight through to this door from the front door, so it’s seriously improved the view from the front door. 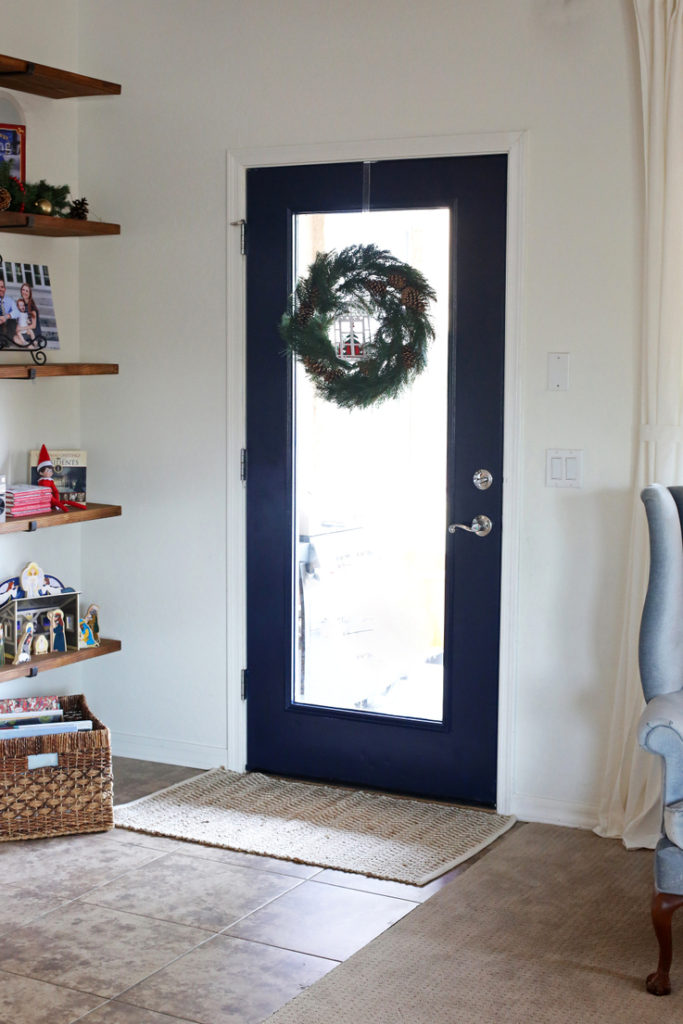 Our backyard is nothing to write home about, but it looks a whole lot better framed in this gorgeous navy color. And our back patio, which is in serious need of some love, looks a thousand times better with the door painted on the outside too.

Anyway, it was a super quick project, didn’t cost a fortune, and made the biggest difference in our house. Just the kind of Saturday morning project I live for. 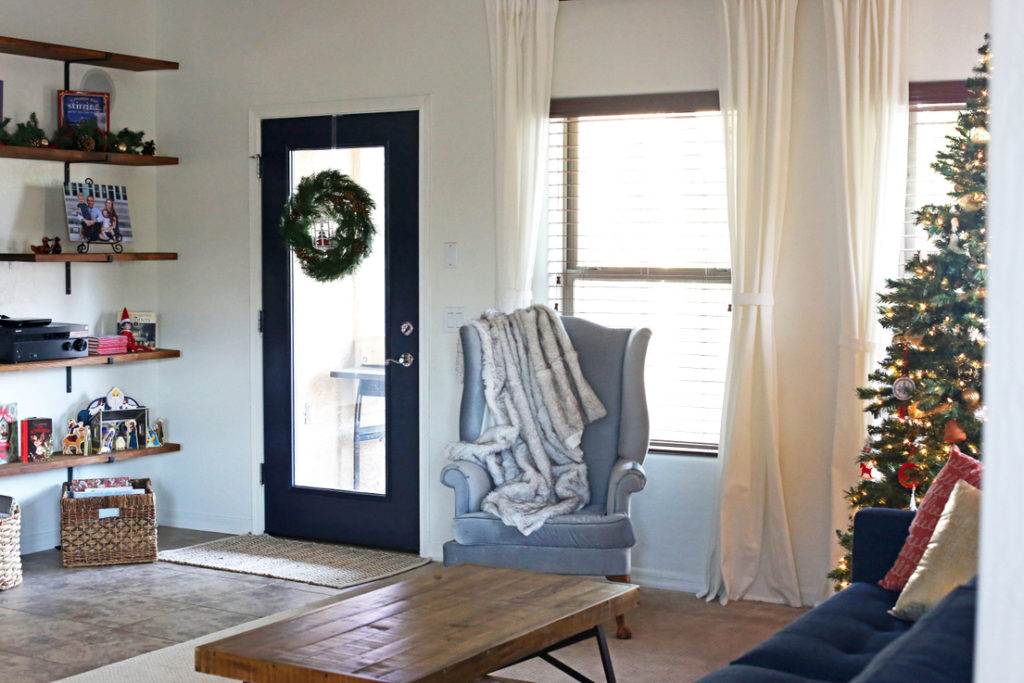 Previous Post: « StoryWorth: Because Dads are Hard to Shop For
Next Post: A Birthday for a Four-Year-Old »