This German pancake recipe couldn’t be easier – mix the ingredients in the blender and pour right in the pan. The pineapple syrup is the finishing touch!

You know how recipes at home are like trends? They’re huge for a while – you make them daily or weekly – and then suddenly you never make them again for a couple of years? 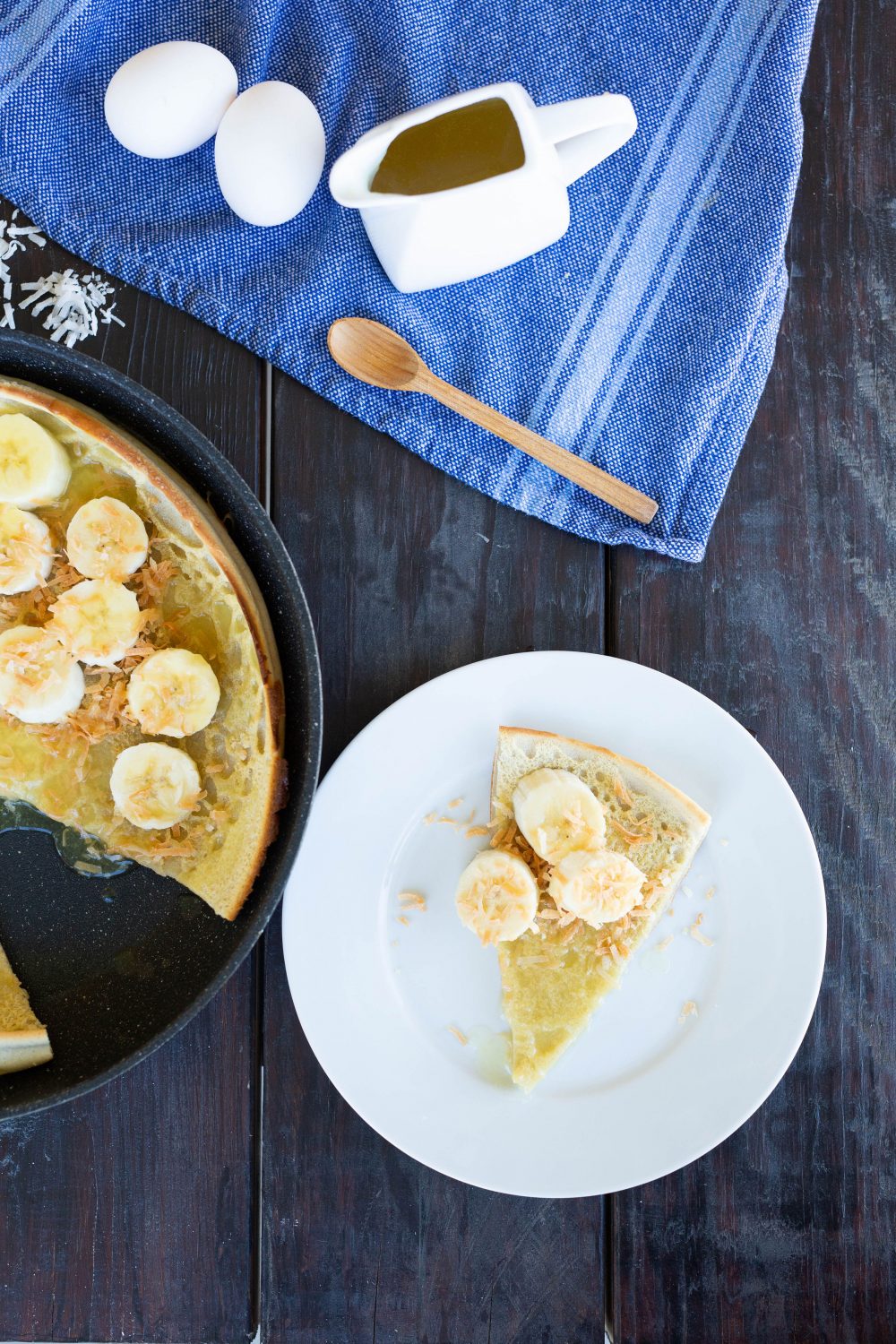 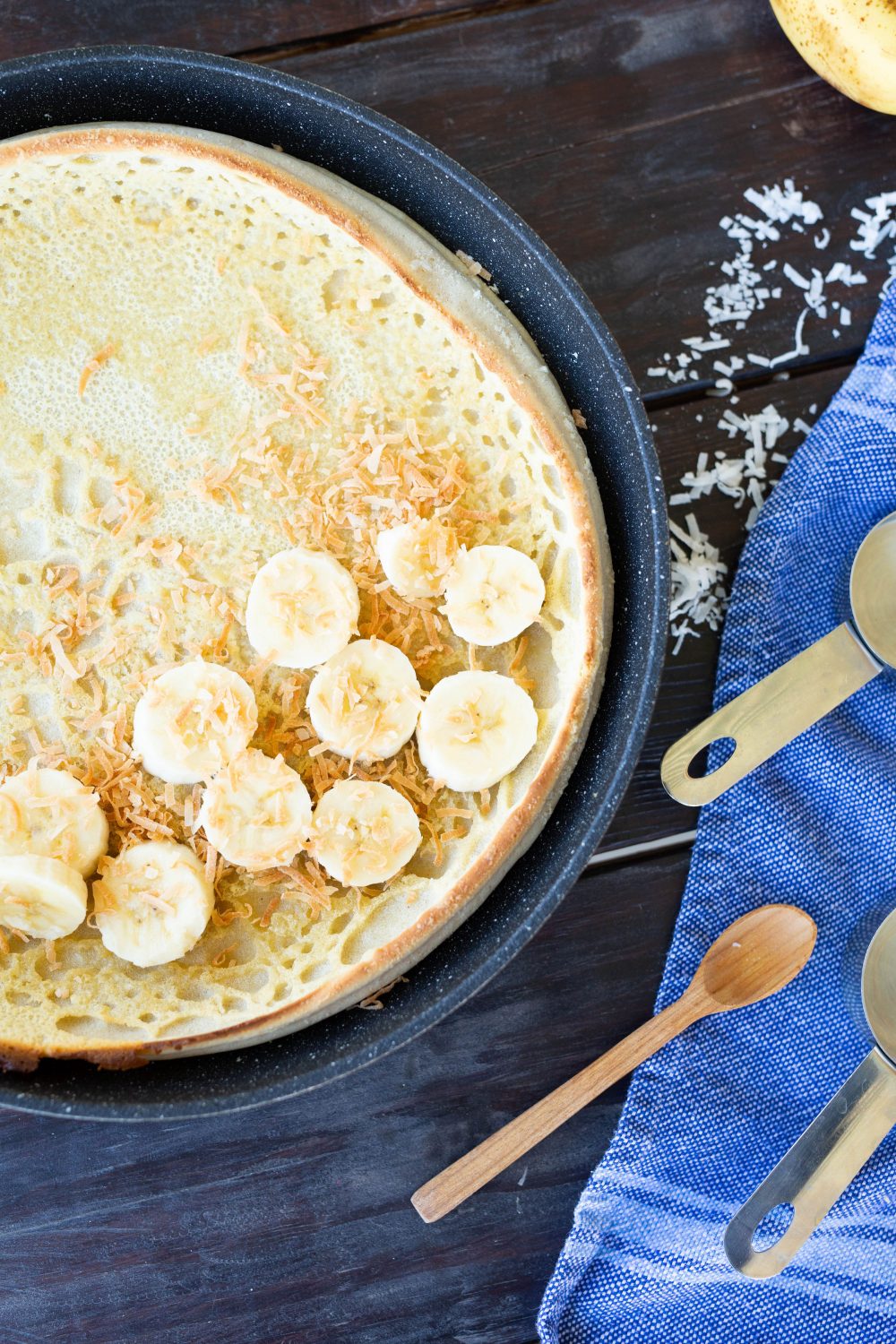 Our lunch salads were like that a couple of years ago. Bart and I ate them every single day for months when he worked from home in Arizona and now I haven’t had one in almost two years.

This German pancake recipe was another one where I made it a few years ago and then hadn’t made it in ages. 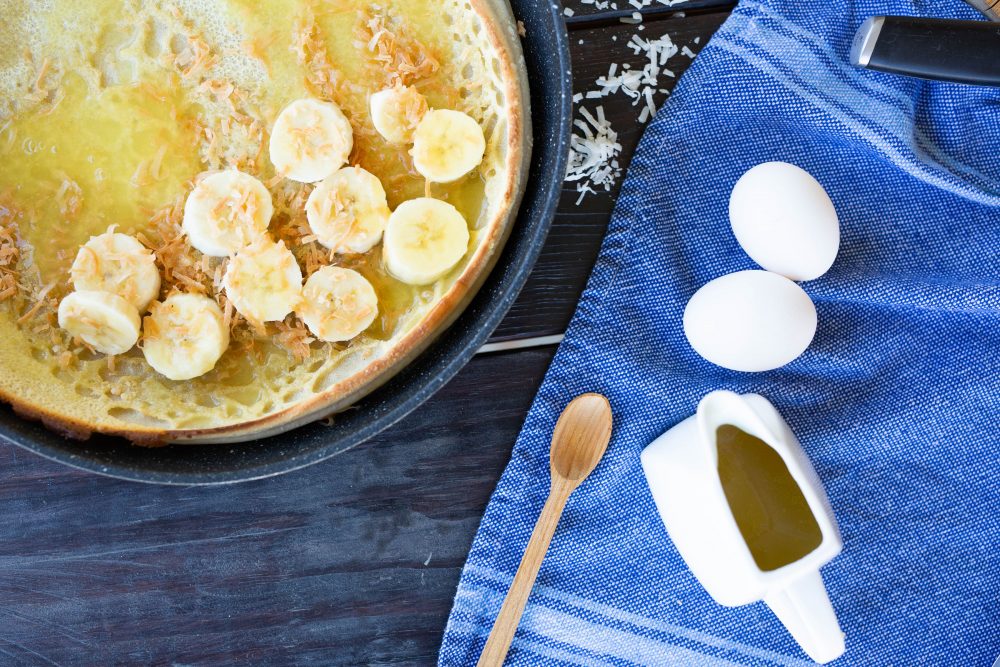 Then about six weeks ago, on a Sunday morning, it suddenly seemed like a fun idea (I had it on my list of 2019 recipes to make) and I whipped one up.

My girls, who didn’t really remember it all, went bananas (pun intended, obviously) and I’ve made one every week since. Sometimes twice a week.

If you’re looking for a fun breakfast, it’s hard to beat this German pancake recipe – it’s so simple!

Sometimes I use fresh bananas (like I did in the photos here) and sometimes I caramelize them if I’m feeling extra fancy – there are instructions for how to do that in the recipe below and they really add something special to German pancakes.

Or, let’s be honest, to anything.

The main trick with German pancakes is to make sure that when you take them out of the oven you remember that the handle of the pan is approximately one million degrees and you don’t absent-mindedly grab it with your bare hand. Ask me how I know. . .

I usually slip an oven mitt over the handle to protect me from myself. 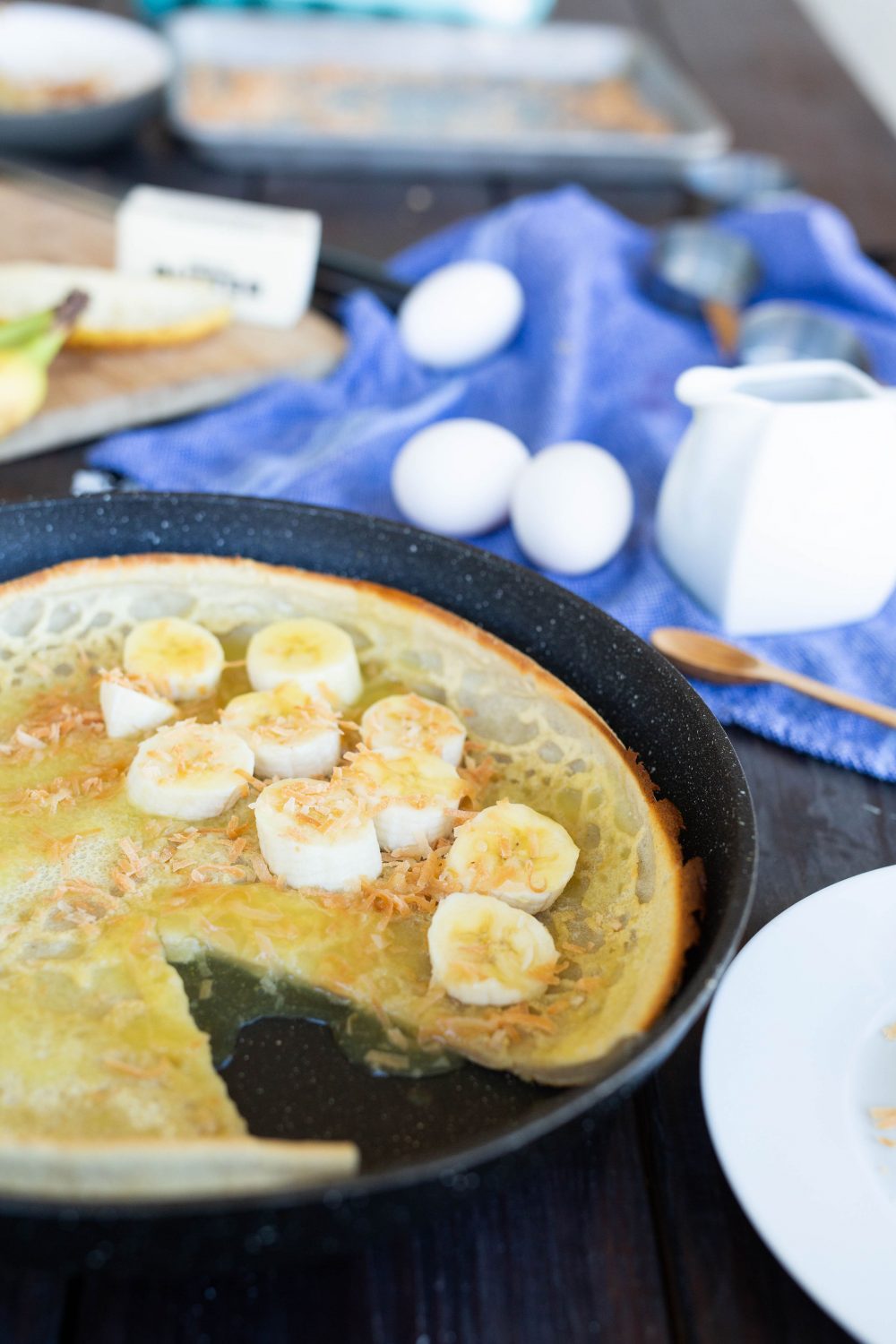 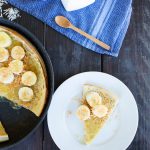 This German pancake recipe couldn't be easier - mix all the ingredients in the blender and pour right into the pan. The pineapple syrup and caramelized bananas really take it over the top!

Adapted from Joy the Baker Cookbook 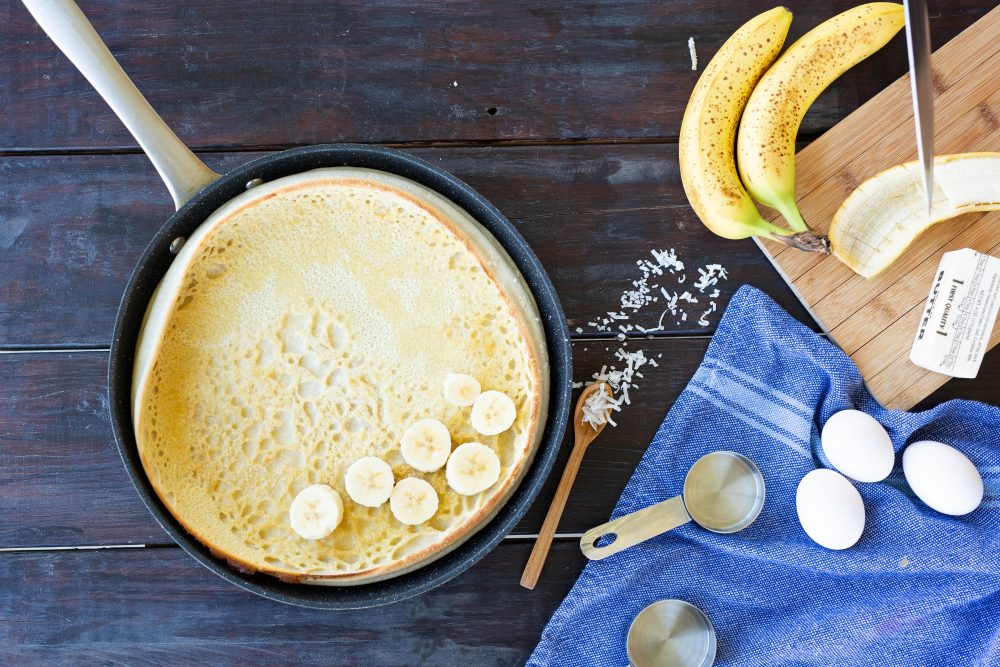 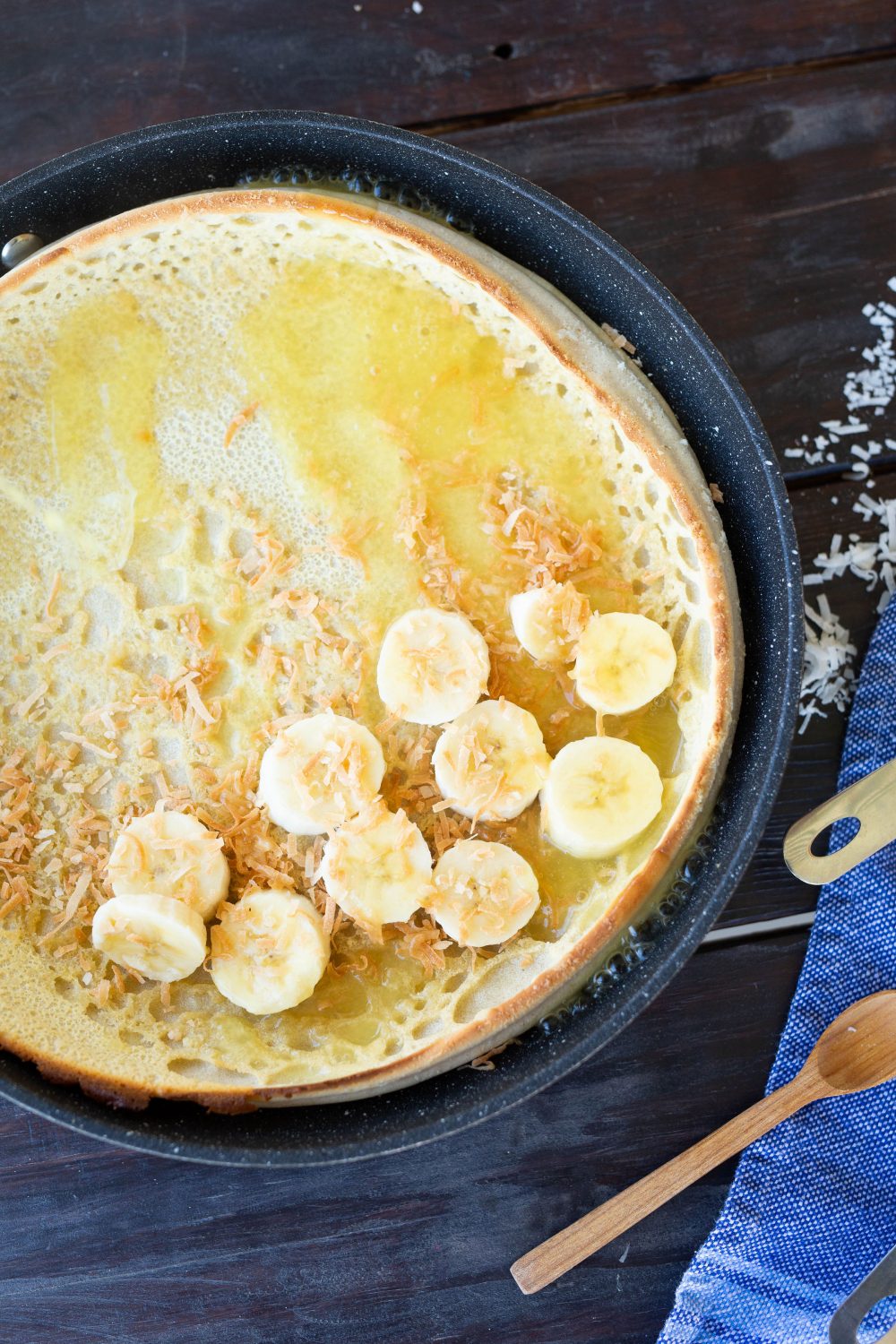