My mom made a lot of bread when I was growing up, but the one I remember best is Challah bread.

Somehow, though, I didn’t get around to trying it myself until last week. I made a loaf of challah bread and we ate it in 2 days (1/3 went to being eaten plain, another 1/3 went to these paninis, and the last 1/3 was made into the best french toast I’ve ever had).

Also, I cooked it just a couple of minutes too long, so the outside was really, really dark. It tasted fine, but I couldn’t manage to take any pictures of it that didn’t make it look like deeply burnt bread. I showed Bart the photos on the viewfinder of the camera (so we’re talking a tiny image), and his first comment was, “It looks kind of . . .dark.”

Obviously I had no choice but to make another loaf of challah bread. And we’ve eaten paninis again. And french toast. And slices with jam. No one’s complained. 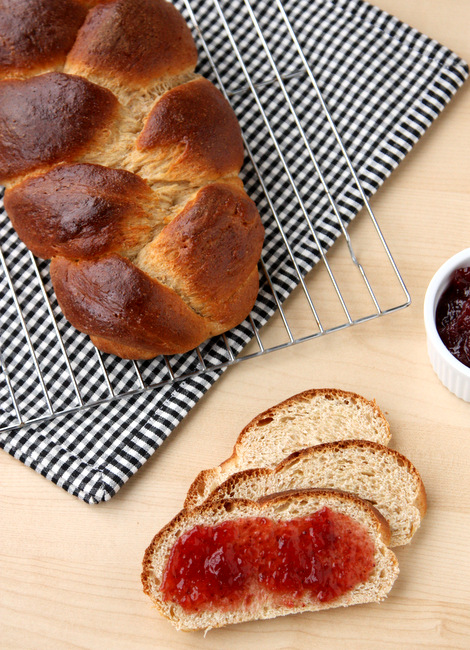 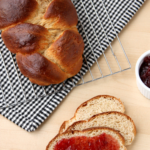 Previous Post: « Raiding My Sister’s Closet: End-of-Summer Wishlist
Next Post: Reading with Your Ears: 25 of My Favorite Audiobooks »