Any one else accidentally buy an enormous bag of grapefruit because it was super cheap and then think, “I don’t actually want to eat grapefruits for the next ten consecutive mornings”?

Okay then, just me.

Then, might I recommend you go out and buy an enormous bag of grapefruit for these muffins? This grapefruit muffins recipe will use up one of them. So then you’ll only have nine consecutive mornings to eat plain grapefruit and think, “Whyyyyyy?”

Also, the grapefruit cream will use up another one, so hey! Only eight mornings.

By the way, I’ll just warn you now that the grapefruit cream is. . .kind of a pain. It’s not hard, you just need a thermometer (After I had all the ingredients ready for this latest batch, I discovered my thermometer was BROKEN(!) and doing it without kind of made me insane. I don’t recommend).

But it’s so good, it was worth it. And I promise! Not hard. Just a lot of whisking and also . . . did I mention you need a thermometer?

It’s like lemon curd. Except better – lighter and silkier and something I would eat with a spoon. Ella DID eat it with a spoon. (In all fairness, Bart prefers curd, while I prefer the cream. So I switch back and forth). 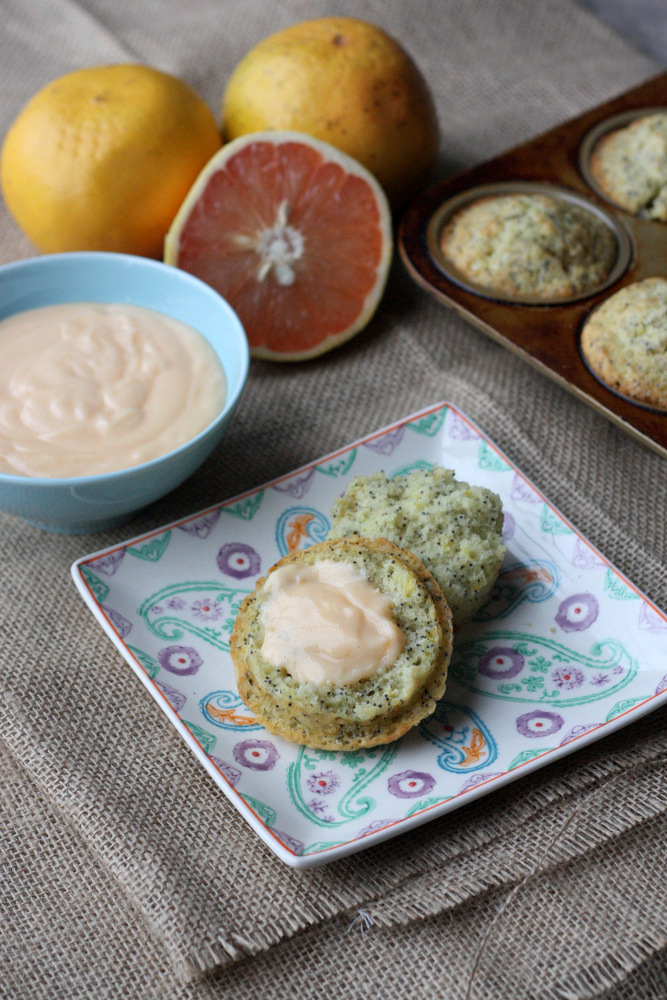 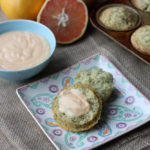 Grapefruit Poppyseed Muffins -- a super delicious variation on the classic.