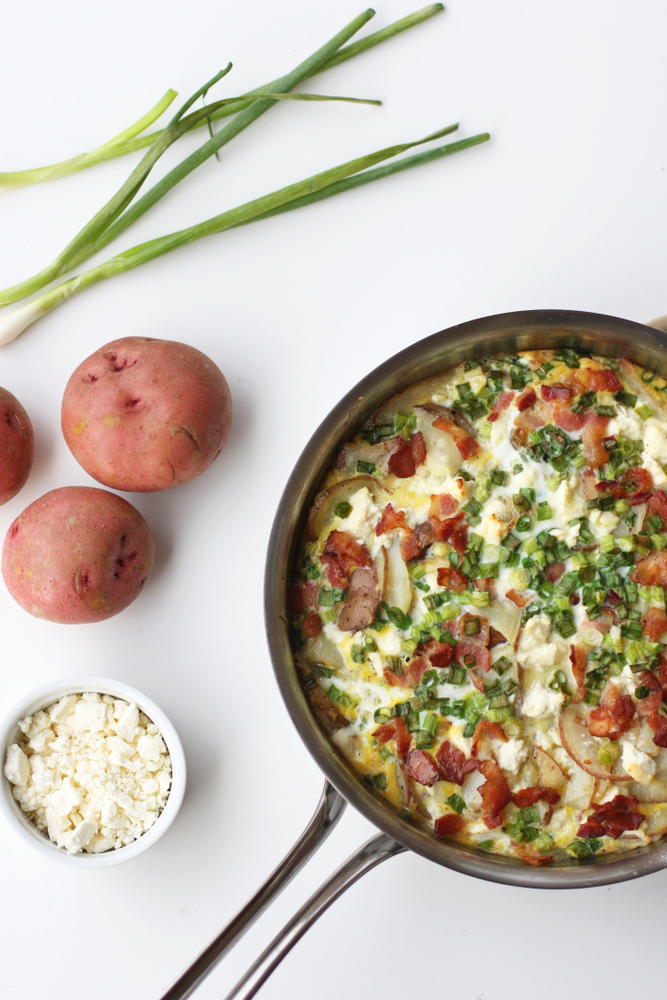 Potato Frittata with Bacon and Feta

One of them is that taught me I don’t actually know how to spell “frittata.”

The other good quality is that this baked frittata recipe is delicious.

Not that either of my older children would know, since they refused to even taste it.

Bart and I didn’t push it because it just meant there were enough leftovers for us to have for lunch the next day.

I also can’t blame them too much because it took me about 25 years to warm up to eggs and even in this case, I probably wouldn’t have tried it if my mom hadn’t made this baked frittata recipe when we were visiting.

But one bite and I was a convert.

Because it’s a potato frittata, it doesn’t feel so much like you’re eating a giant bite of baked eggs. It has a perfect ratio of thin-sliced potatoes to eggs and the bacon and feta and green onions give it tons of flavor.

I’d eat this for breakfast, lunch or dinner. (And I have). 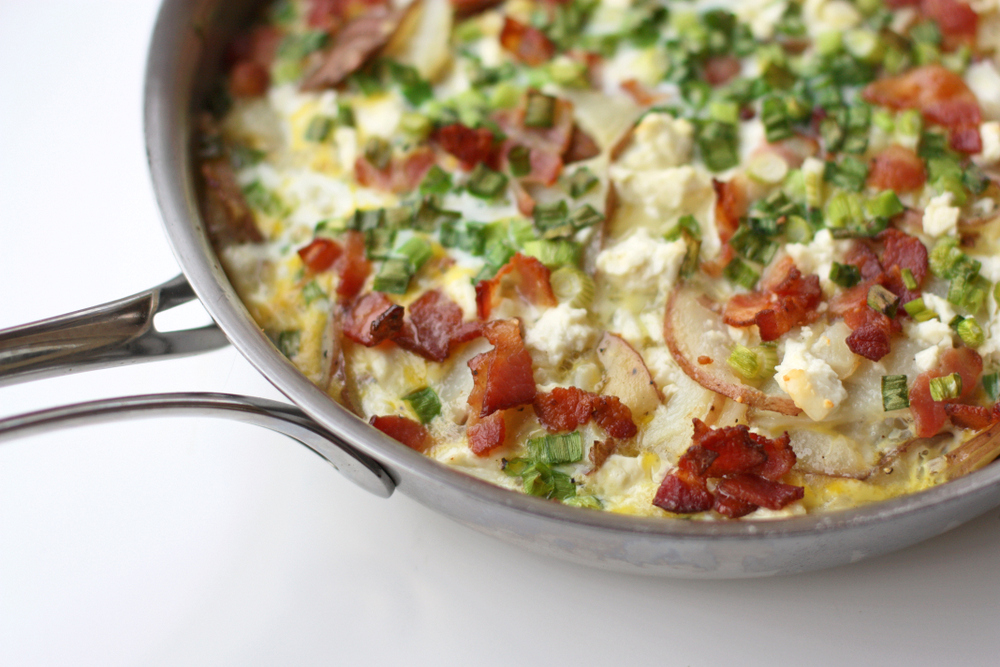 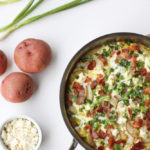