February is here and with it comes Black History Month!

It’s the perfect time to check out some books to read with your children about the amazing accomplishments of Black Americans both in the past and in the present.

There are so many good books available and I maxed out my library holds in a hot second (I can request 50 at a time which sounds like a lot and then is. . . not a lot at all) as I collected titles for this list.

As I’ve done more research and reading about diversity in children’s books over the past couple of years, one of the things I’ve heard a lot about Black History Month is to make sure, as you read with your children or your classroom, that you don’t only include books about slavery and the Civil Rights movement.

Certainly, those are important topics that need to be taught but Black History includes so much more than just those two things.

Look for books that feature scientists, artists, musicians, athletes, politicians, and every other category you can think of!

Also, Charnaie from Here Wee Read, who does a ton of work around diversity and inclusion on her book site and Instagram, created the most amazing free printable resource for Black History Month with activities to do each day. It is GORGEOUS. You can download it here and print it as an engineering print (directions for doing that here!) 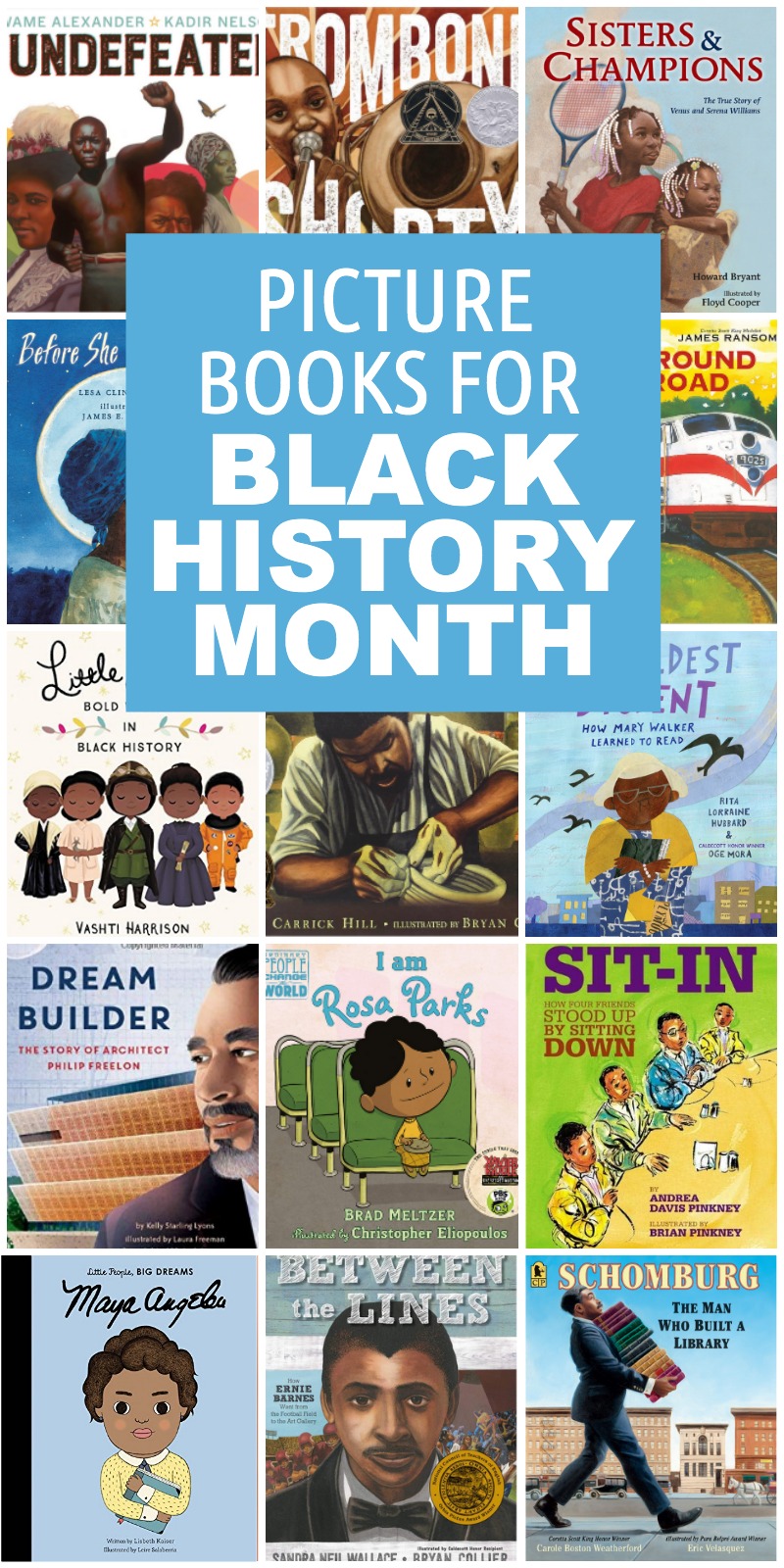 This list of books for Black History Month just scratches the surface! If you have other favorite titles, I’d be so grateful if you’d share them in the comments!