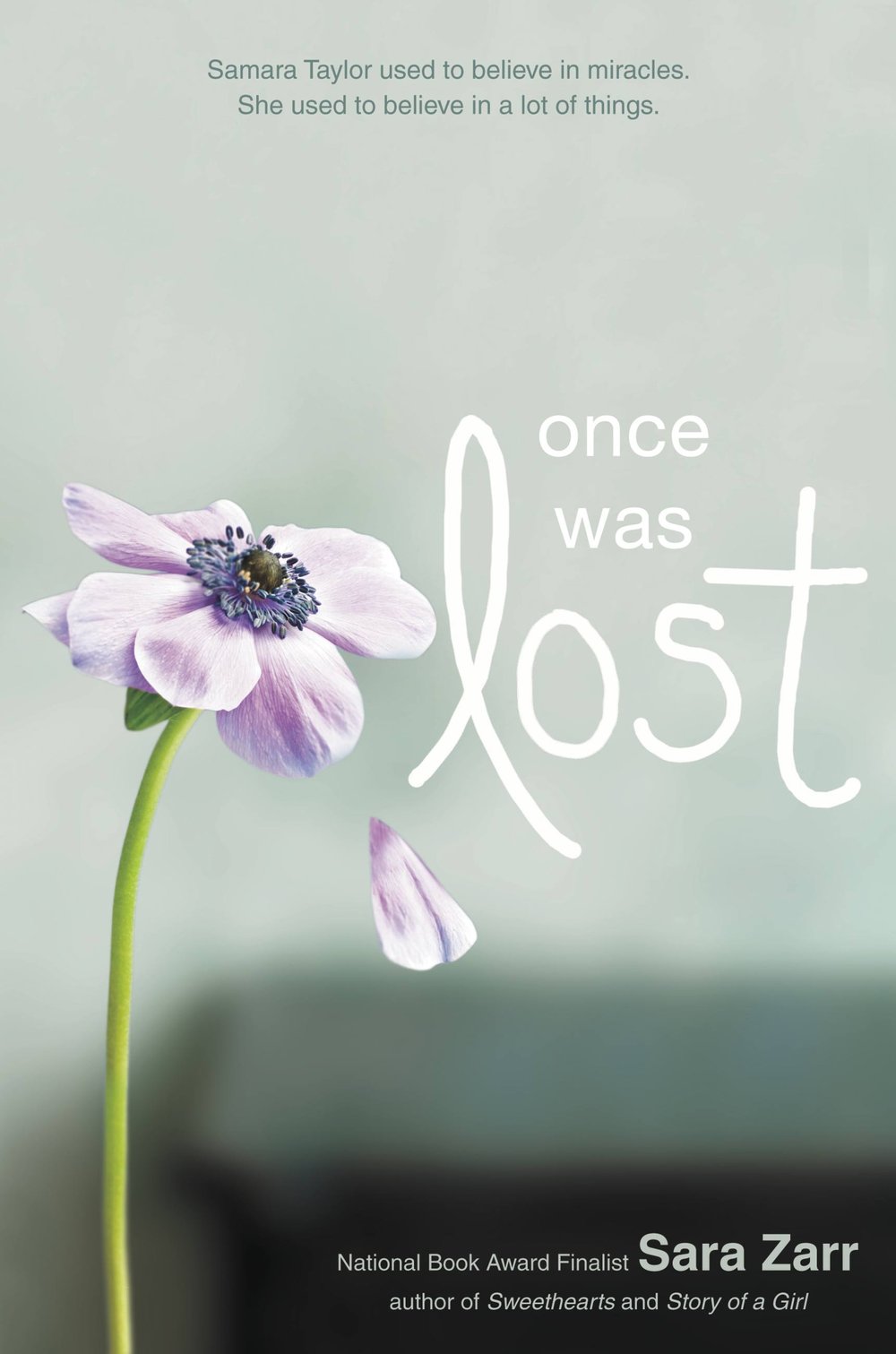 9 of 10: I think Sara Zarr is a stand-out author and Once Was Lost is, I think, her best yet. This book about faith and family is as far from prosaic as it gets.

once was lost by sara zarr

Sam is a pastor’s kid in a small town; she’s grown up around the church, hearing the stories of the Bible and being surrounded by the congregation of her church.

And yet, despite being so on the inside, she’s also kind of on the outside. The kids at church are all nice to her and some of them are good friends to her, but she also knows they don’t invite her to all their parties because she’s the “pastor’s daughter” and she’s tired of that. And when your family is supported by the congregation, it means everyone has an opinion on how you live and what you spend. New phone? New outfit? It’s sure to attract a comment from someone about how “we must be paying you too much.” It’s not an ideal way to live.

And, of course, life isn’t perfect and is getting less so by the second for Sam. Her mother got in a car accident after hitting a tree in a DUI and is now in rehab. And her father, beloved for always knowing what to say and do for the members of the congregation, clearly has no idea how to deal with this situation or with Sam as the two of them live alone for several weeks.

To make matters a thousand times worse, Jody, a young teen in the congregation, is kidnapped off the streets of their little town, drawing major media coverage and putting even more commitments on Sam’s dad as he acts as spokesperson for the family as they search for their lost daughter.

For Sam, this is all too much at once. She feels her faith, once a certainty in her life, beginning to unravel, threatening to snap and leave her even more alone and confused then she already is. And of course, who can she talk about this to? Certainly no one at church, least of all her father.

One of the (many) things I love about Sara Zarr’s writing is that I never know what the plot is going to do. In Sweethearts, I had no idea if Jenna and Cameron were going to end up together. In Story of a Girl, I had NO idea how things might play out. This book was no different. In a mainstream book about faith, I just couldn’t predict if this would end with Sam losing her faith in God altogether or finding it strengthened or if she would simply accept that she didn’t know what to think.

There’s a boy, too – Jody’s older brother, in fact – but, based on the other books, I just didn’t know if this would be a friendship, a romance, or nothing at all. And will Jody never be found, will she be recovered safe and alive, or will her body be uncovered somewhere? It is so refreshing to read a book that you can’t predict any of the major story lines for.

I’d thought when I read Sara Zarr’s first two books that she has an incredible knack for writing from a teenager girl’s perspective. But in Once Was Lost, the voice was so strong and so real, that every 50 pages or so, I’d close the book, see Sara Zarr’s name on the cover and remember with a start that it was written by her and not, in fact, by the narrator. Sam was that real to me.

Sara Zarr books all have a fairly major premise, but in all of them the real substance of the story is in the character’s development and the process of maturing and making decisions based on increased understanding of themselves and the world around them. Even with a plot like a kidnapping and a DUI, Once Was Lost feels quiet – I didn’t fly through it, but instead found myself engaged by every single page.

I may have become a mega-fan girl in spite of myself!

Previous Post: « The Art of Racing in the Rain by Garth Stein
Next Post: Never Were There Such Devoted Sisters »