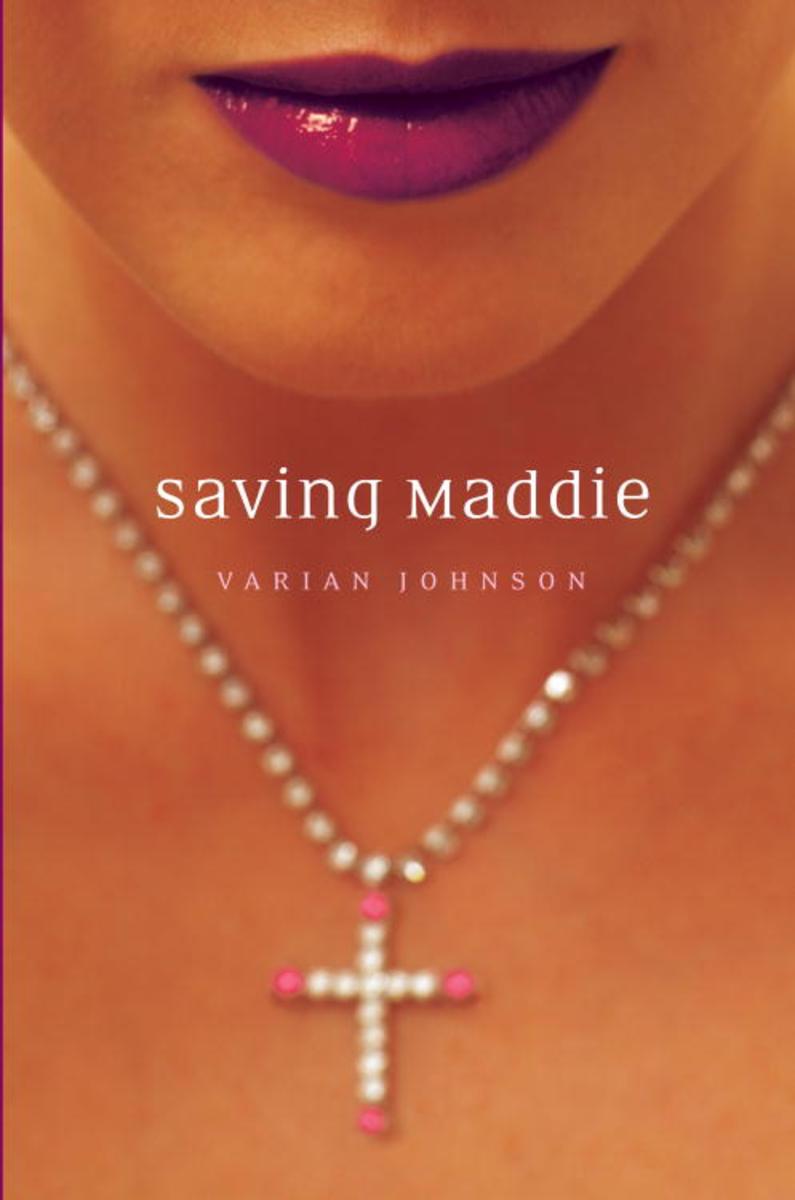 After reading Once Was Lost by Sara Zarr last year, I was interested to see another religious main-stream YA book on display at ALA. I asked the girl at the booth if I could have a copy of it and she tilted her head at me and said, “well, I just have to warn you, it’s a religious book.”  Um, okay, then. Your sales skills are impressive.

Tragically, Saving Madde by Varian Johnson was nothing like Sara Zarr’s thoughtful, practically perfect book. Sometimes I feel like reading a bad book makes me a better reader. When a book is really well-written, it can occasionally be too easy to read. It doesn’t trip you up with awkward wording or have things that happen that make you say, “That makes NO sense whatsoever.”

Saving Maddie had me ranting and raving to Kelly about how deeply terrible it was. It had your normal problems – flat characters, trite premise, but it was really the main crux of the story that just about did me in.

The basic idea is that the preacher’s son, Joshua, had this very close friend for years (a girl, of course, Maddie) and she moved away when her dad became a preacher in another city and then showed back up, except instead of the sweet preacher’s daughter she’d been, she’s now dressing like a prostitute, wearing heavy dark makeup, and basically scaring the daylights out of Joshua’s parents who are sure she is going to lead him down a path of sin.

But Josh is determined to spend time with her anyway, seeing as how they were such close friends before, and especially because he feels a little like an outsider in his community because all the teens his age see him as “the preacher’s son” and are a tiny bit uncomfortable around him. Also, he’s pretty sure he’s the only teenager in the whole world who isn’t having sex.

It only takes about a day for Maddie to start really grilling him on the hard questions – does he do what his parents want him to do because he really believes it or because it’s just easier to do what they want? This could have been a good way to steer the storyline, but it kind of went nowhere.

SPOILERS! And then. . . and THEN! After about sixty million years of going around and around Josh decides that, yes, sex before marriage is wrong and a sin. But he doesn’t care. He’s going to do it anyway. And THEN! Maddie falls asleep. So nothing happens. This irritated me to no end – I felt like Varian Johnson just could not make up his mind about which side to take, and wanted to be on both sides at once. You can’t have it both ways, friend.

And, like I said before, this was only the biggest of my problems. Let us not forget the multitude of characters and mini-plots that went exactly nowhere (the girls who wanted a church dance team! the old people Josh plays chess with! the friends that appear to only be in the book to prove to Josh that he’s the only human alive not drinking and sleeping around! the girl with a crush on Josh but only appears approximately twice!). Oh, this book, it drove me insane.

It’s so disappointing to have a book completely fail to live up to expectations. I should have listened to the girl at the counter, even if my problems with Saving Maddie were not what she clearly anticipated.

If you liked this review of saving maddie by varian johnson, you might also like these books: