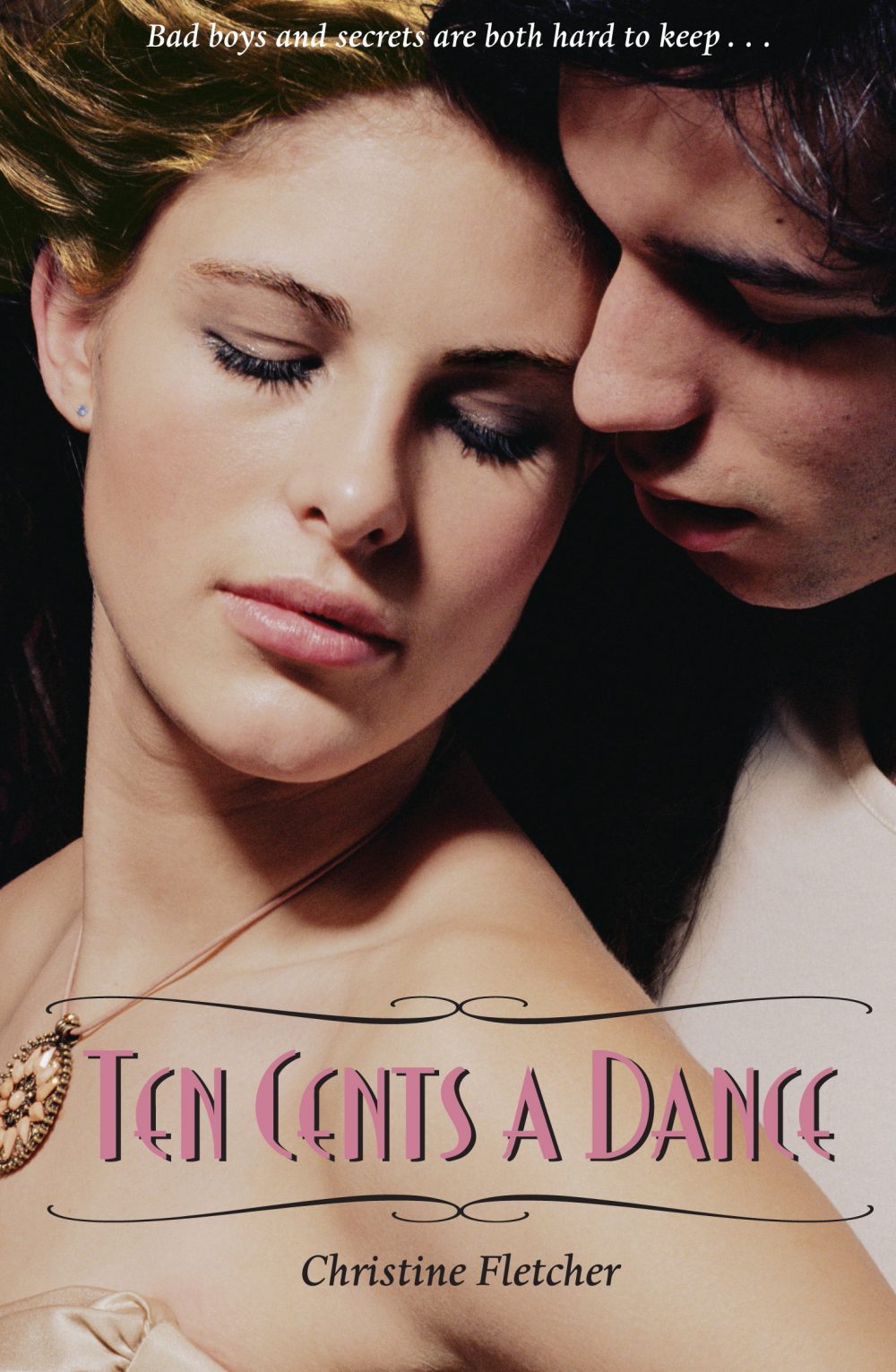 9 out of 10: Ten Cents a Dance is great historical fiction; gripping story, excellent characters, unpredictable plot. I was really impressed with this book about pre-WWII Chicago and a profession I didn’t even know existed.

I used to read loads of historical fiction, but now I generally find myself thinking “I would have loved this at twelve, but now it doesn’t really do much for me.” I didn’t think that about Ten Cents a Dance – I loved virtually every second of it.

Even more surprising was to read a book set just before WWII and to have it seem completely new and interesting and surprising. How often can you think that about a WWII book anymore? Not often, friends. Not often.

Ruby is fifteen and has been working for several months now at the packing house in the Yards, putting pig feet in brine. She used to have a normal childhood, but then her dad died and they moved to a tiny pathetic apartment and her mom took a job at the packing house, until her arthritis got too bad for her to work anymore and Ruby had to drop out of school to take the job and keep the family going.

As you can imagine, it’s not a job that would appeal to any fifteen year old, especially when her friends are busy doing teenager-y things. Ruby lives for the weekends when she and her best friend go dancing. She may not be the prettiest girl or smell the best (thanks to the brine and pigs), but she can out-dance every girl in Chicago.

At one dance, though a series of miscellaneous events, she meets Paulie, an extremely good-looking boy from her neighborhood who is notorious for his bad behavior (rumor has it that he killed a man, among other misdeeds); he’s impressed by her dancing and tells her she can probably get a job at the Starlight, as a taxi dancer. Basically she’ll just teach dance lessons, he tells her.

Ruby knows, of course, that there isn’t a chance in the world that her mother would agree to this, especially if she knew Paulie was involved, but when Paulie tells her that she’d probably make around $50 a week (as opposed to the $12 or so she’s making packing pig feet), she is determined to make it happen, even if she has to lie to do so.

She manages to get the job, lying about her age, and discovers by the end of the first dance that it’s not actually dancing lessons, but more an opportunity for lonely men to spend a little time with a pretty girl, listen to some music, and maybe sneak a kiss or a pinch at the end of the song. It’s not prostitution, but it’s racy enough that she knows her mother would die of shame and the neighbors would never stop talking.

Ruby also soon discovers that the real way to make a profit is to go out after the dance hall closes with one of the fellows who came in – free dinners, nice gifts, clothing, jewelry, or cash. She tells her mom she’s a telephone operator and she’s working overtime to make extra money.

Of course, as usually happens with money, what once seemed a fortune to her, now seems hardly enough. After all, she needs a whole wardrobe of dancing dresses, shoes, jewelry, etc.

And as if keeping her real profession a secret isn’t enough, she’s also taken up with Paulie, a boy her mother certainly would never approve of, and so suddenly her life is completely full of lies about where she’s going and where she’s been.

But then, after a few months, her mother unexpectedly gets remarried to a man who, while not rich, is certainly comfortable and Ruby’s mother wants her to quit and go back to school. But now the idea of going back to school and giggling over other fifteen year old boys seems a lifetime and a world away to Ruby. She’s met people of all ages and races, she makes a considerable amount of money, she knows all the clubs and bars and restaurants in Chicago, and she has her own – albeit secret – life.

Even when Ruby makes stupid mistakes (did she really think she could borrow a white dress, go out for Chinese food in it, and not end up with a big slosh on it?) or gets herself into tricky situations, you can’t not like her. She’s so full of spunk and tenacity, that she is a terrific heroine. You just can’t help wanting her to succeed.

And the details about Chicago’s nightlife and the Yards are so real you can taste it; the setting is just unparalleled.

In Ten Cents a Dance I was especially impressed by the way the story played out – except for the dress spilling, nothing really worked out how I anticipated. Every twist was a surprise.

Perhaps coolest of all is that it’s based on a true story – the author, Christine Fletcher, found out that her aunt was a taxi dancer and involved with mobsters during that time period and the book is based loosely on those experiences.

If you have any inclination towards historical fiction, Ten Cents a Dance is not to be missed. It is a gem in every way.