I turned on the webcast for the ALA awards yesterday morning and Ella kept asking me, “Which books got the gold stickers?”

Also? I never love Twitter more than I do during the award announcements because my entire feed is just one excited or disappointed tweet after another about the awards. Nerd heaven.

Anyway, I’m sure you’re all dying to hear my deep thoughts about what won.

Caldecotts first, since that was the award I was most in the know about this year. 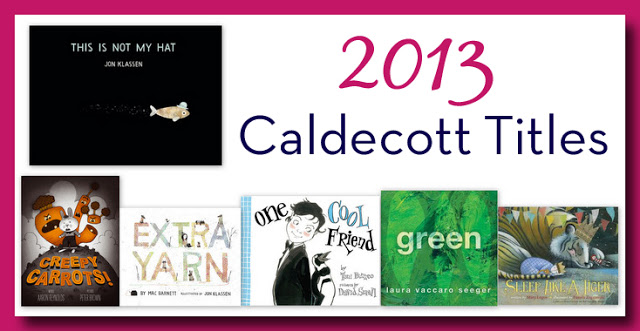 The winner was This Is Not My Hat illustrated and written
by Jon Klassen. I read Klassen’s book, I Want My Hat Back, and I thought it was amusing, but I wasn’t such a fan that I read this latest one. In fact, I saw it at the bookstore when I was reading other Caldecott buzz books and decided not to read this one. I guess I picked wrong. I’ll be repenting at the library this week.

I think it’s a good list, although there were SO many good picture books this year, that I’m a bit sad to see several of my favorites not get an award.

And then the Newbery. I have not been following middle grade books as closely this year as I have in the past (too much time reading non-fiction books about food, I guess). So the fact that I’d heard of all but the winner makes me feel quite pleased. 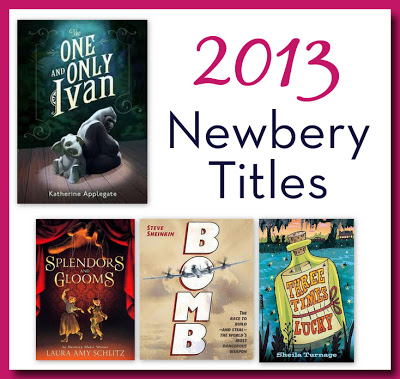 The winner is The One and Only Ivan written by
Katherine Applegate. I haven’t even heard of this one (and a quick search through my Google Reader says the only place its popped up in the blogs I follow is on the Horn Book, so . . . was it a bit of a dark horse or was I just living under a rock?)

And the three Honors:

Other winners of various awards that I’m anxious to read:

Really, so many good books out there. I love this golden age of children’s literature (and yes, I just said “golden age” like the stuffy librarian person I am inside).  Any thoughts on the awards you’d like to share? Happiness and indignation are both welcome.