You may remember Merrick as the sister I went to London with long long ago, before even I had this blog (did such a time ever exist? The horror!).

We had more fun in London than we probably should have. We saw plays, ate Hobnobs as if we’d never eat again, visited the Borough Market more times than we needed to, cruised through boring museums and amazing ones alike, did homework, bought skirts, and generally lived it up for eight weeks.

Two weeks after we arrived back in the states, I moved to Texas and since then we’ve only seen each other for a few days at a time – a Disneyland trip, Christmas, Dad’s 50th birthday party last fall, etc.

This was another short visit, just less that 48 hours total. We had a great time, laughing, eating, and driving around in the pouring rain (also, clutching our stomachs with laughter at Philip’s attempts to blow up our temperamental air mattress).

I wanted to cry when we dropped them off at the airport. I don’t know when we’ll see them next, as they are on the opposite Christmas schedule from us and we’ll miss them by hours in each direction.

I hope that someday Merrick and I get to live close to each other again. It doesn’t need to be bunk bed close like it was in London (that might be somewhat awkward), but a few hours of driving away would be absolutely feasible.

And I hope Landen is close too. I need my sisters closer than a continent away. 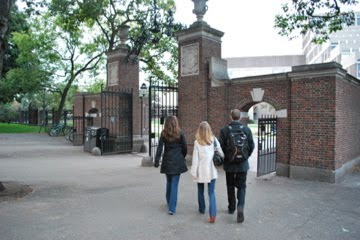