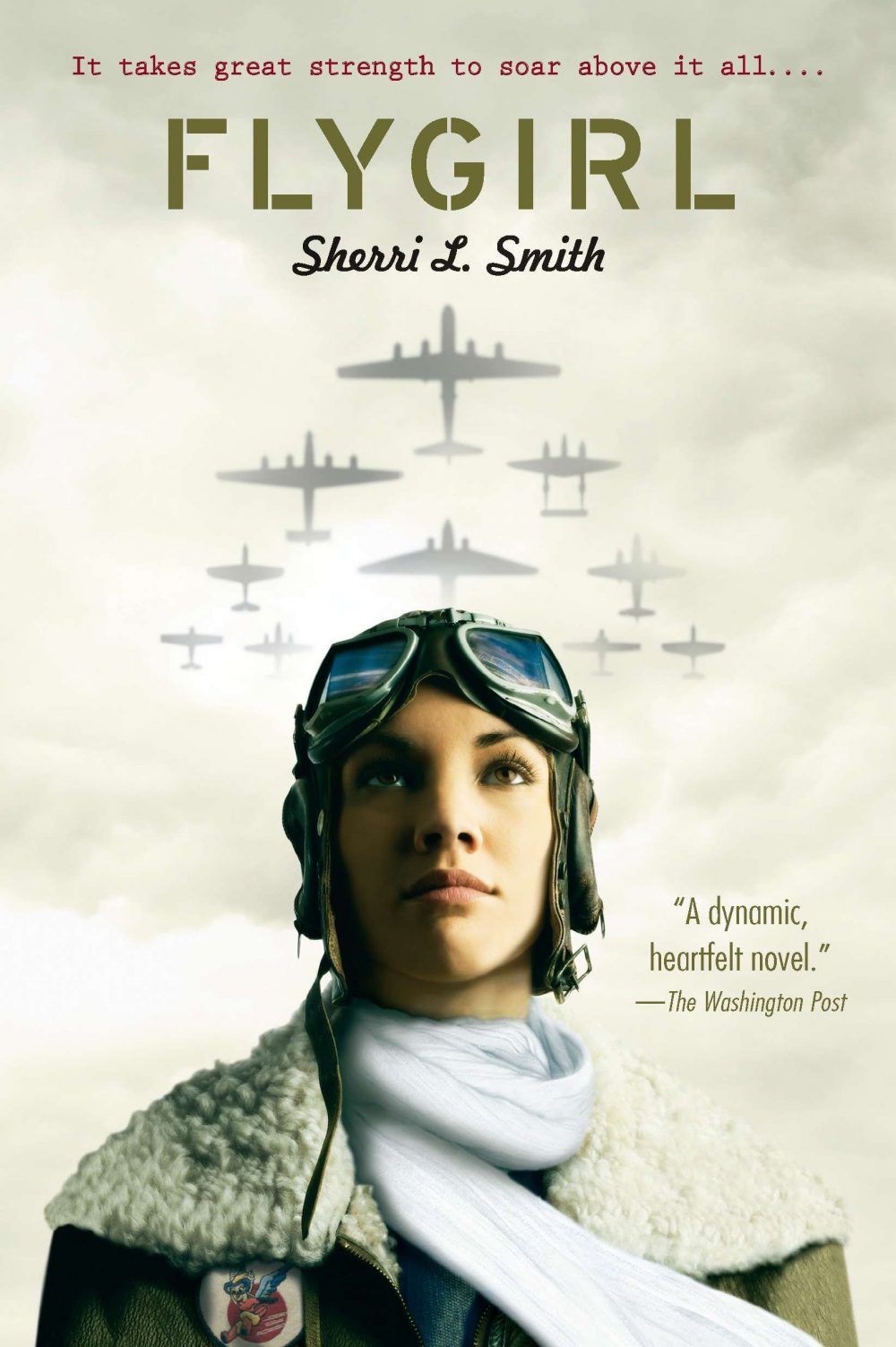 Ida Mae loves to fly. Her father was a crop duster, and he taught her how to fly his plane. She applies for a license and after her test, the instructor tells her she certainly can fly, but he’ll never give a woman a license.

As if being a woman isn’t bad enough, Ida Mae is also black. She’s extremely fair-skinned, though, and light enough to “pass” is she chooses.

When World War II breaks out, and the army begins the Women Airforce Service Pilot program. They’ll train the women how to fly the planes, and then the women will be responsible for flying them around the country delivering them to the bases that need them.

Ida Mae is determined to get in and she fakes a license (using her dad’s old one) and interviews as a white girl. Her mother is furious, not just because she fears the danger, but because she feels like Ida Mae is turning her back on the family by pretending to be white.

Ignoring her mother’s wishes, though, Ida Mae presses on and gets herself signed on and she begins training in Texas. For her, it’s both exciting and terrifying, as not only is the program extremely rigorous (only about 1/3 of the girls make it through), but because she’s always concerned about her race being discovered and getting arrested or, worse, even killed (she is in Texas, after all, where racial tensions run high).

I don’t have any particular interest in planes or flying, but I was surprised by how fascinated I was by the whole thing. It’s dangerous, yes, but it’s also exciting. And these girls have a lot to prove since many of the instructors make it very clear they think women have no business being there. You really can’t help but cheer these girls on.

The story of Flygirl didn’t really go the direction I expected – it didn’t resolve nicely, which, in hindsight, I should have expected. But it felt authentic that way, so I have no complaints.

The Publishers Weekly review said that the book feels “constructed to educate” and I can’t help but agree with that, but it does so in a way that didn’t bother me at all. I genuinely liked Ida Mae and was fascinated by this aspect of WWII I hadn’t known anything about previously.

Also, is it just me, or does that girl on the cover resemble Julie Andrews in a major way?