Last weekend, while the girls were on their fall break, we took a weekend trip to Zion National Park.

I’d been to Zion quite a few times when I was growing up, since it’s only a few hours away from Las Vegas, but it’d been at least 20 years since I’d gone. Bart isn’t certain if he’d ever been to Zion National Park before and our girls had never gone.

It turned out to be a FANTASTIC weekend and we all had a great time.

(It’s really important to me to get to know the area we live in – I don’t want my children to grow up somewhere and never have been to the places nearby that people come in from all over the world to visit). 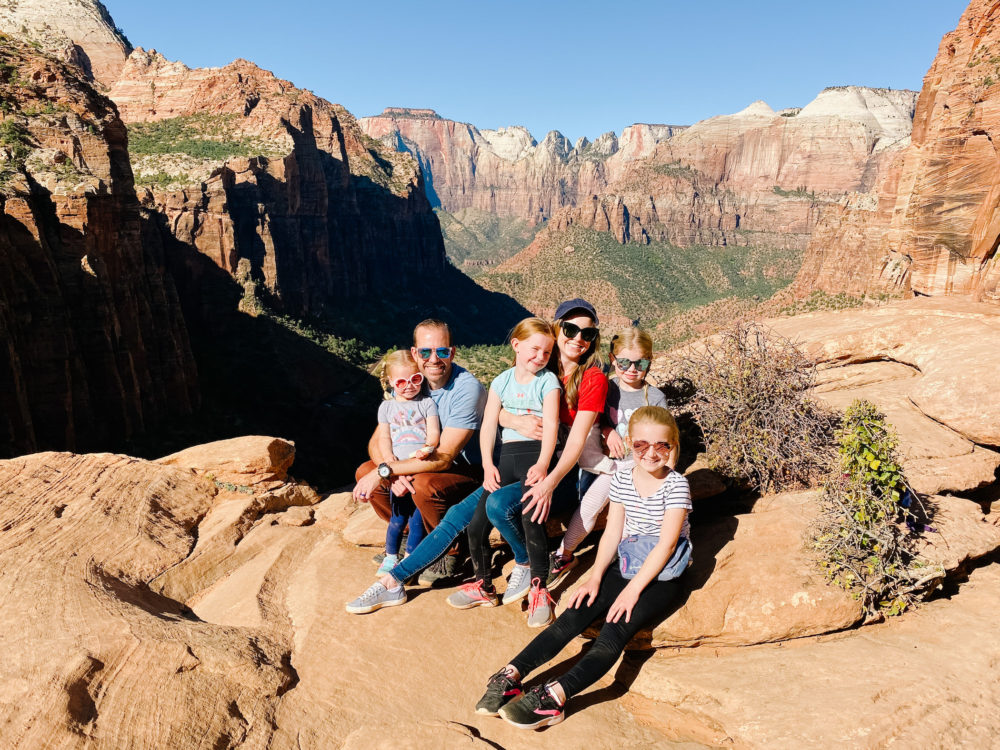 We stayed at Cable Mountain Lodge, which we booked through Hotels.com. We mainly picked it based on price and good reviews, but now that we’ve stayed there, I think it’s the BEST place to stay in Zion and can’t imagine choosing a different location if we came

It’s in the same parking lot as the entrance to Zion National Park which means you don’t have to drive into the park or fight for parking (which is very limited – the lots filled up first thing in the morning and people were parking along the side of the road for nearly a mile out of the park). Being able to leave our car in

We booked a one bedroom condo and it was perfect for our family of six. Bart and I had our own room with a king-size bed, there was both a pull-out sofa and pull-out chair in the living room and a queen-size wall bed in the kitchen area, so all the girls were able to sleep in real beds.

The kitchen had a table and chairs for four (we brought in the chair from the bedroom desk and the end table at meals so everyone had a seat) plus a full-size fridge and freezer, dishwasher, sink, microwave, and stove (there was no oven).

We stopped at the grocery store in Cedar City on our way down and bought food for the whole trip with plans to eat out one night, which was really convenient (since Zion National Park was fairly busy while we were there, it was nice not to have to fight crowds for meals and we could be really flexible about our meal times and snacks).

Cable Mountain Lodge also had a lovely pool with stunning views of the mountains (there’s nothing between the hotel and the park on that side, so it’s a completely unobstructed view), plus a picnic area with a grill, which we used on Sunday night.

All in all, for having picked it fairly randomly, I couldn’t be more happy with it and would highly recommend it to anyone looking for a place to stay in Zion National Park.

There are some LEGIT hikes in Zion, including the Narrows and Angels Landing. But we were not doing hikes like that with our little crew, so our need for any sort of special gear was basically non-existent.

We all wore regular tennis shoes and clothing (I wore jeans on all the hikes and my girls wore jeans, leggings, or shorts).

Bart brought his backpack along with water bottles and each of the girls has a little fanny pack that they carried snacks in (and then, naturally, I ended up wearing multiple of those fanny packs on some hikes). We took along G2G bars, beef jerky, applesauce pouches, string cheese, dried fruit, goldfish crackers, and nuts. We didn’t do any hikes that actually required us to have snacks, but snacks at the top of the trail are very incentivizing to little legs.

Southern Utah is also HOT and sunny, so we had plenty of sunscreen, plus hats and sunglasses for everyone.

A word about the shuttle system for Zion National Park.

In a typical year, the shuttles run from mid-February through Thanksgiving, and then through the Christmas–New Year’s holidays and are free.

Right now, thanks to COVID, they’ve implemented a ticketing system to keep the shuttles from being too busy (usually the shuttle buses hold around 100+ people. Currently, they max out at 33).

Tickets are $1 per person and for a certain hour-long time slot.

You’ll want to create a free account beforehand so that when they open at 9 a.m., you can grab them without delay. We tried for tickets for two of the days we were there and successfully got them both times, but they are gone LITERALLY within 2-3 minutes, so set an alarm to make sure you don’t miss them.

The majority of hikes in Zion National Park are accessible via the shuttle system which means that if you DON’T have tickets, you’ll either have to hike or bike in several miles along the main road to get to the first hikes, hire a private shuttle (around $20-40 per person), or hike a few of the non-shuttle hikes.

(Also, make sure you have your ID with you when you board the shuttle. They didn’t check them on Friday but on Sunday, they were apparently having issues with people buying the tickets and selling them for $20 each, so they wanted to verify that the name on your ticket was actually you. I’d left my wallet in the car, but they let us get through with Bart’s ID since we have the same last name).

And you’ll need to wear a mask in line and on the shuttle (they had a huge box of them if you’d forgotten yours). 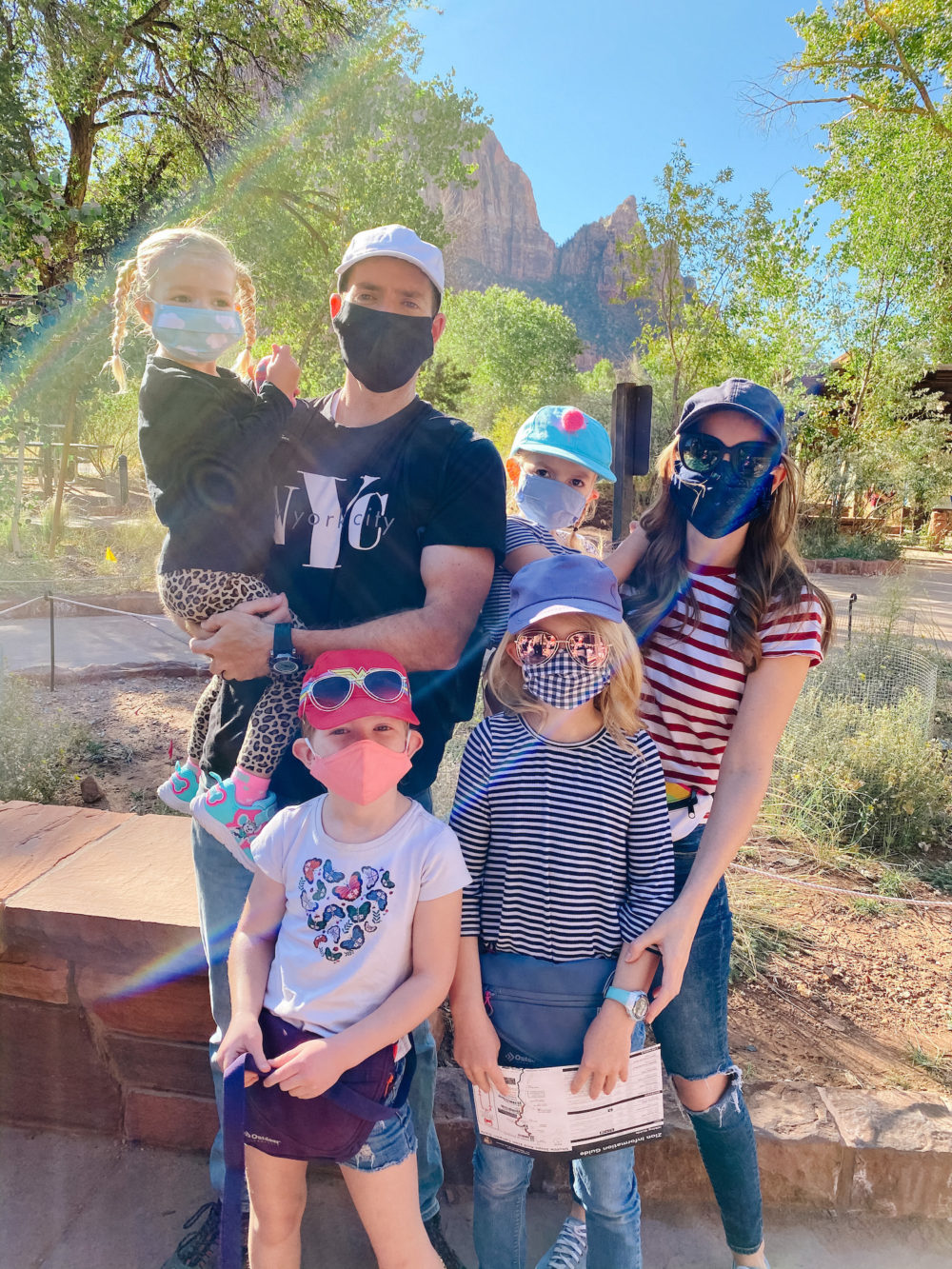 Did I know any of this until the night before we left? No I did not. 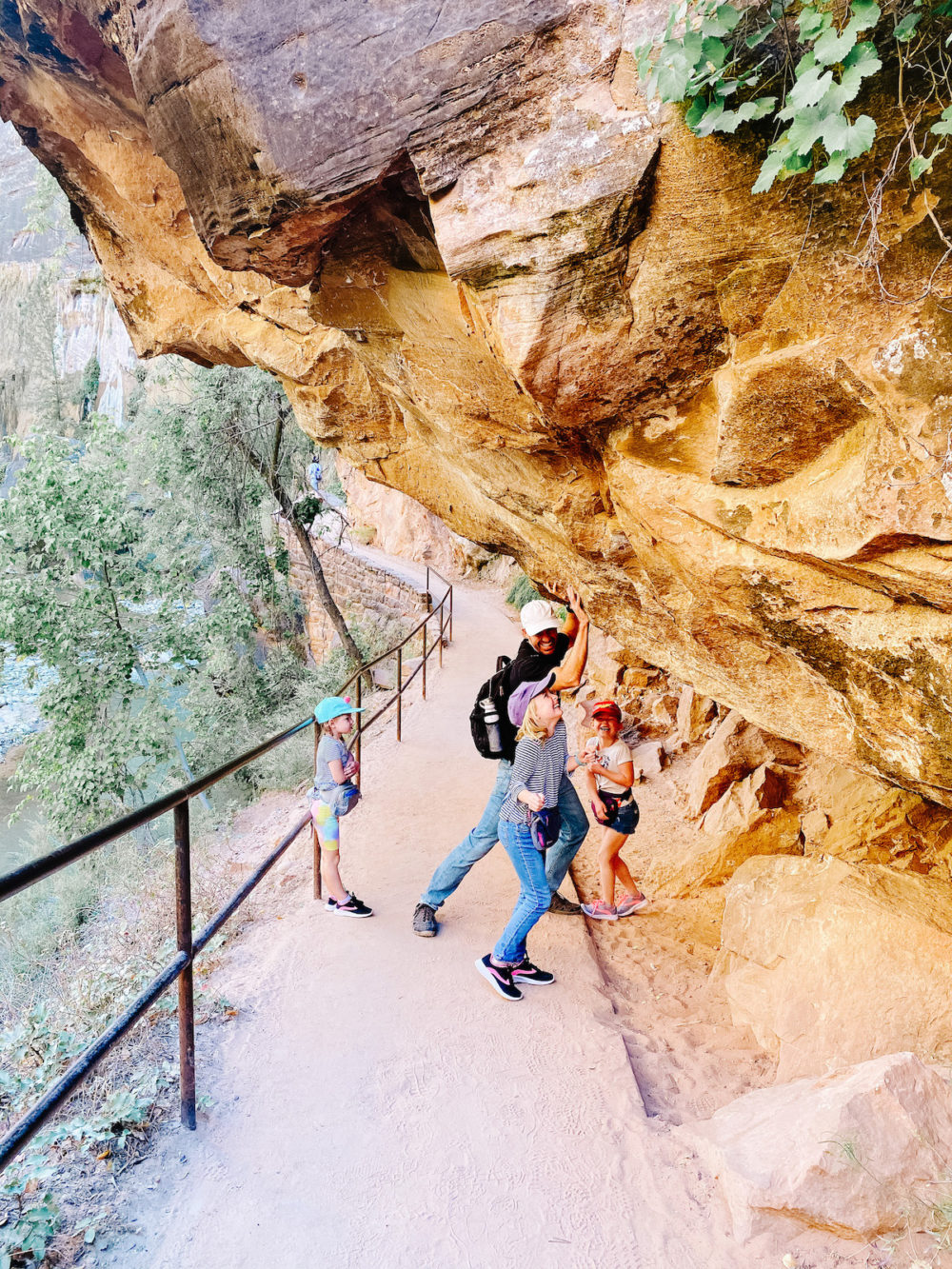 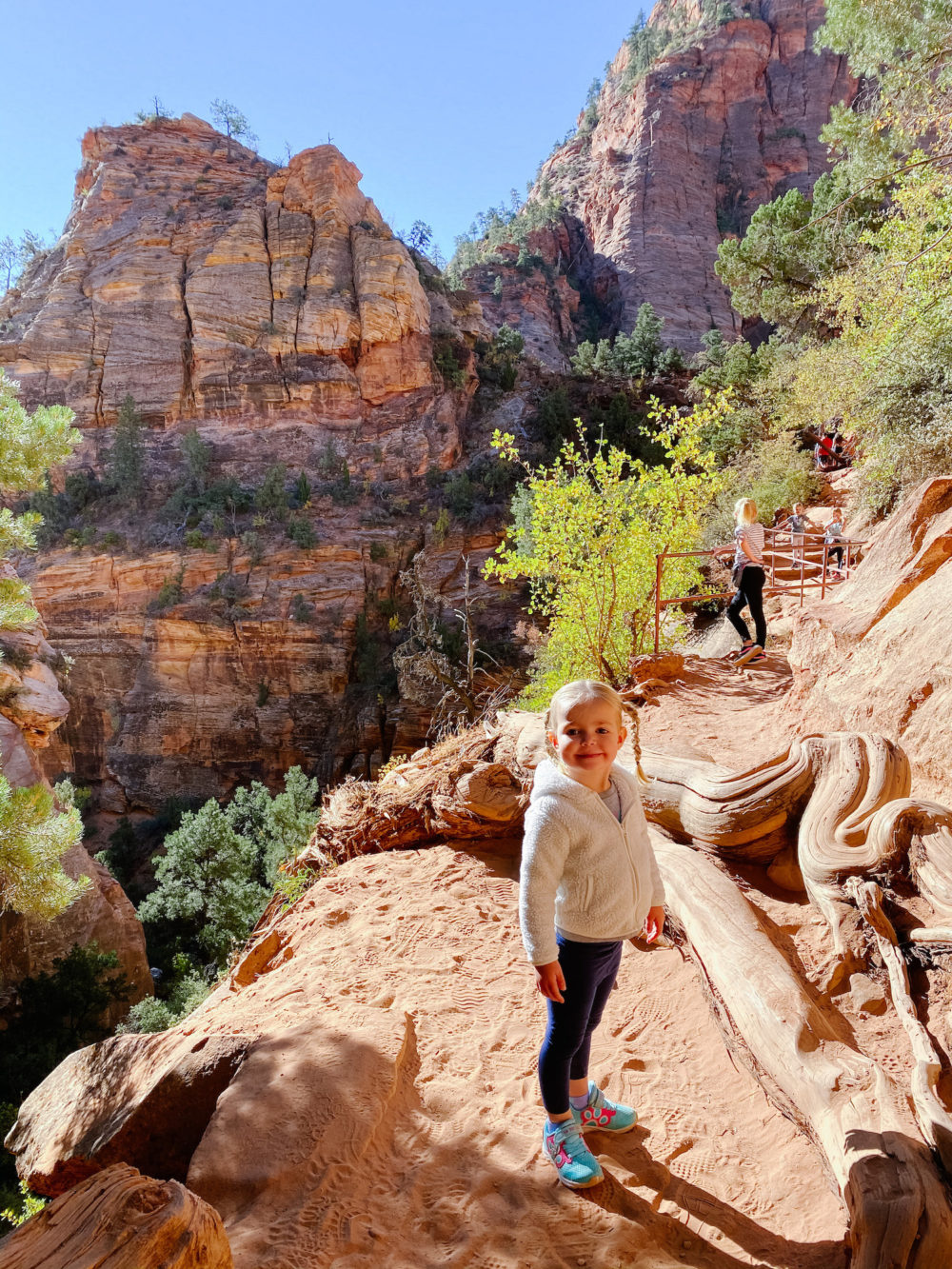 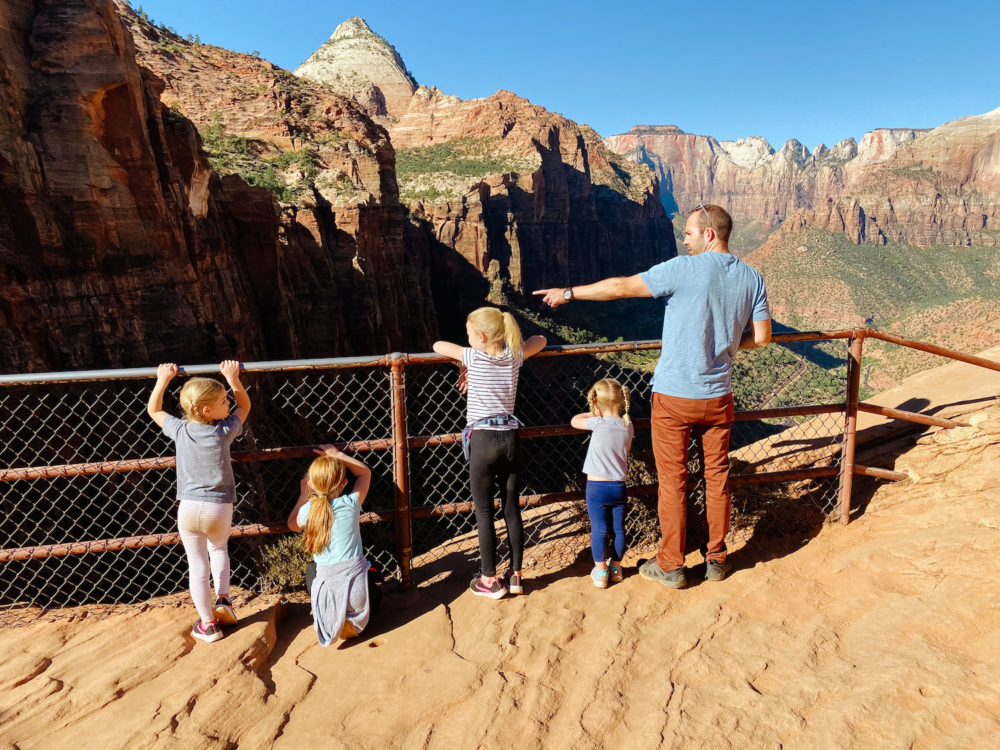 It was such a great trip and I can’t wait to go back. Any questions about visiting Zion National Park? Happy to answer any questions! 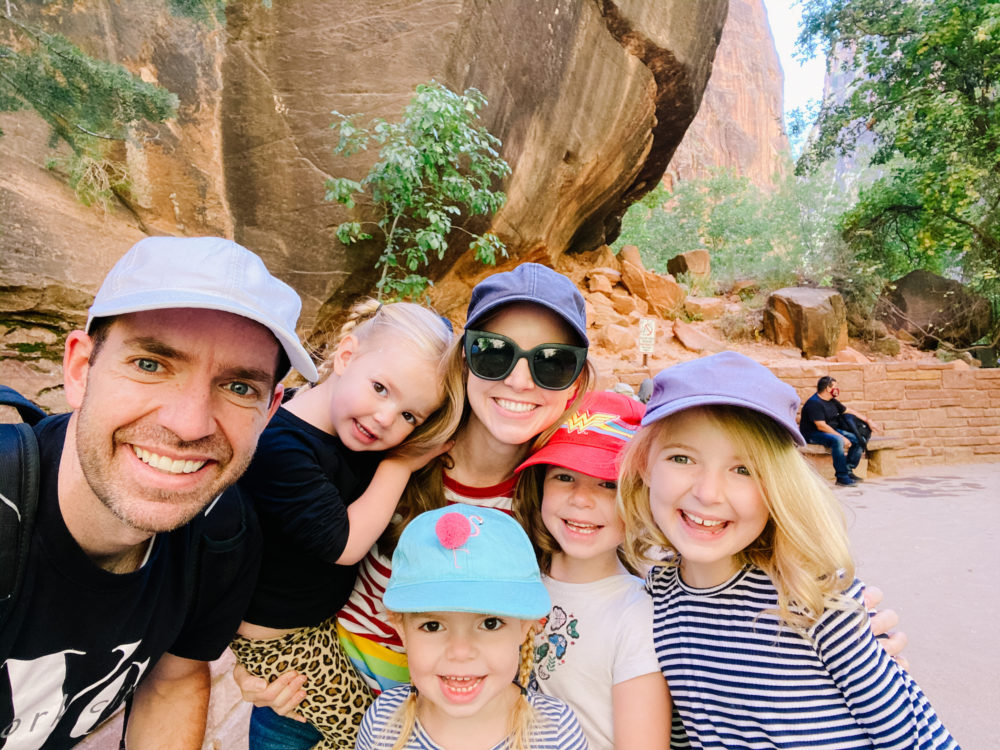