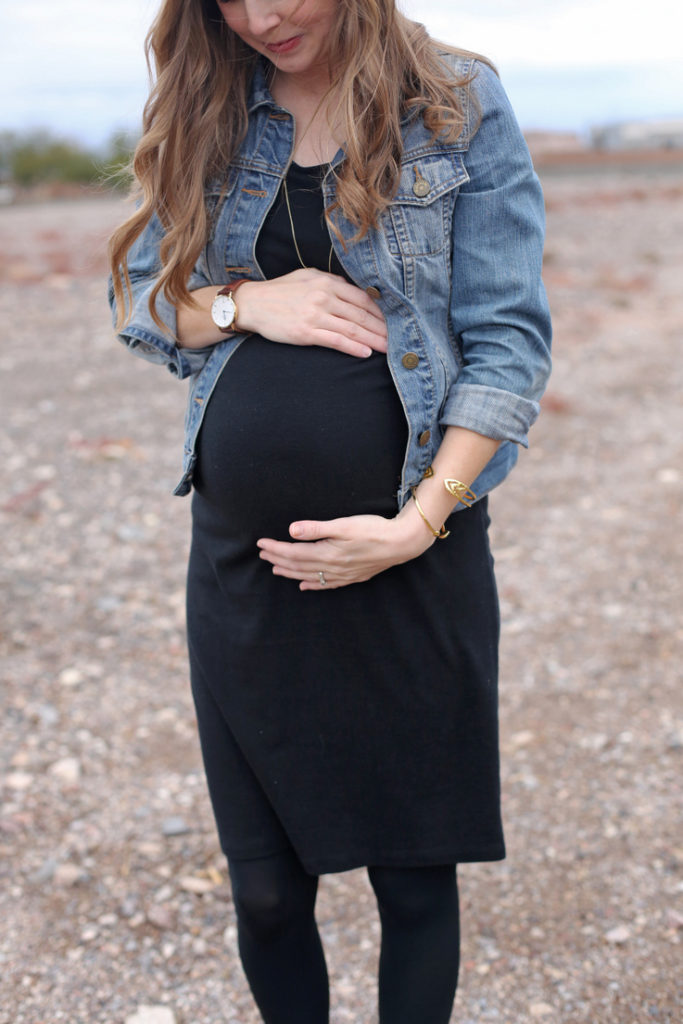 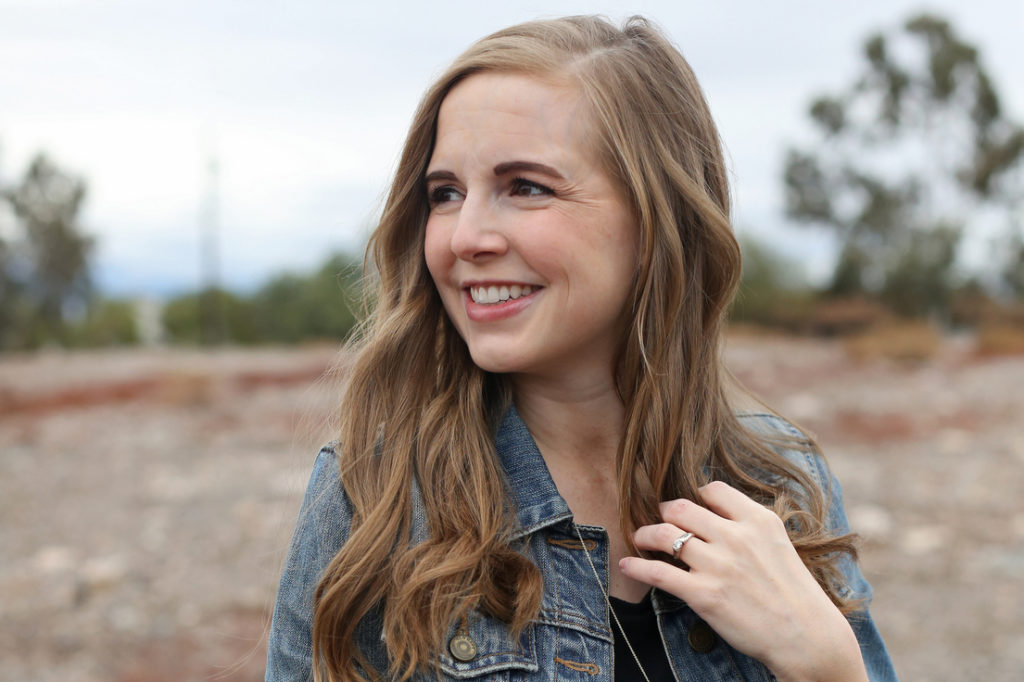 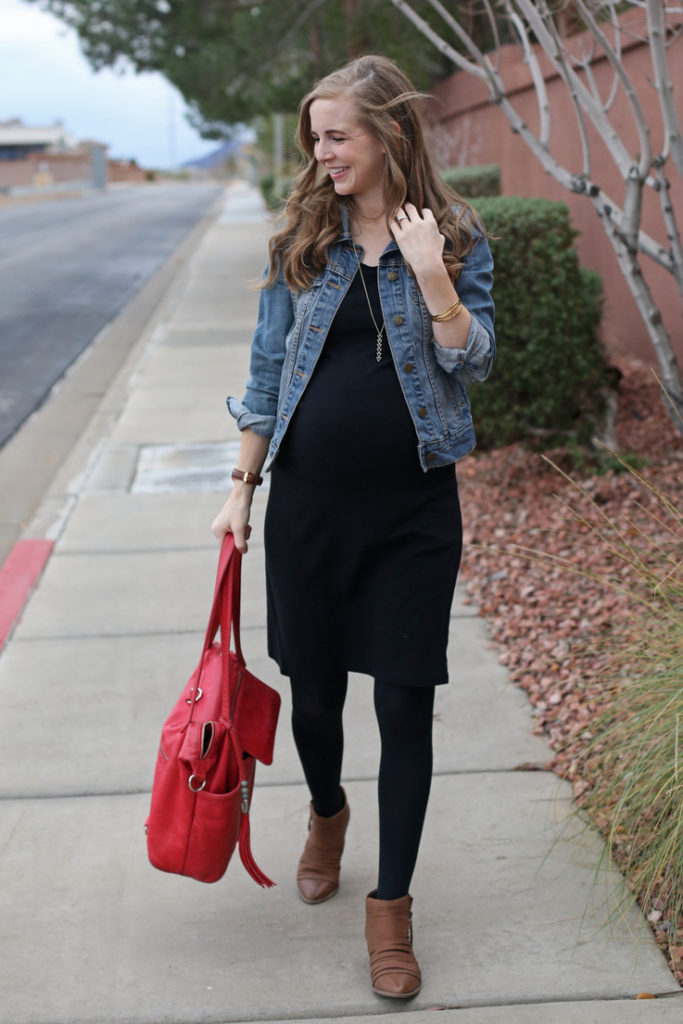 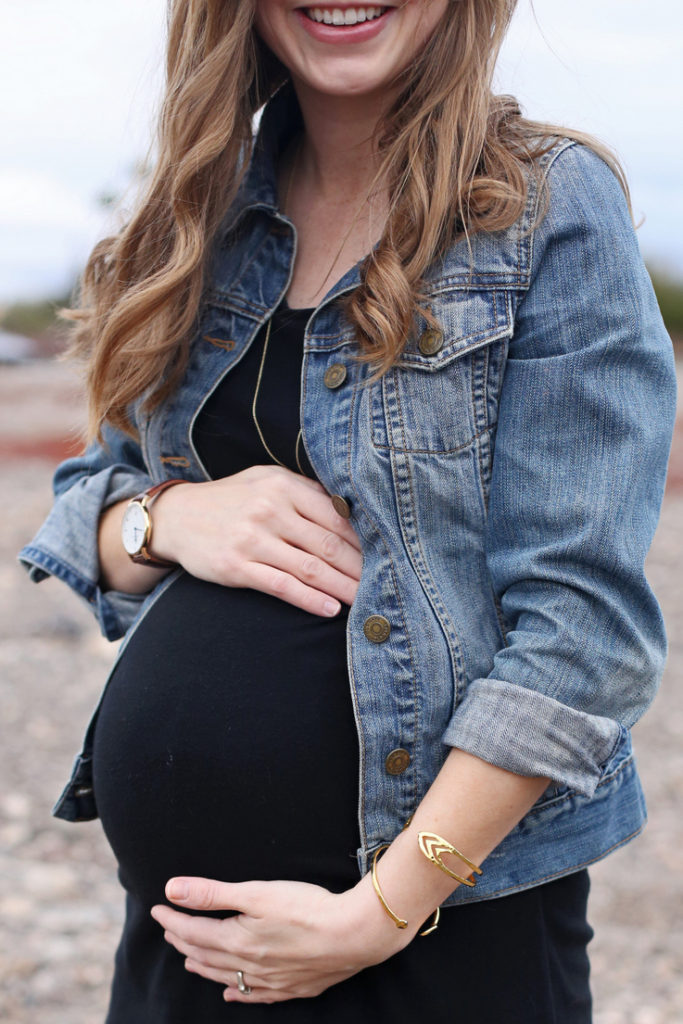 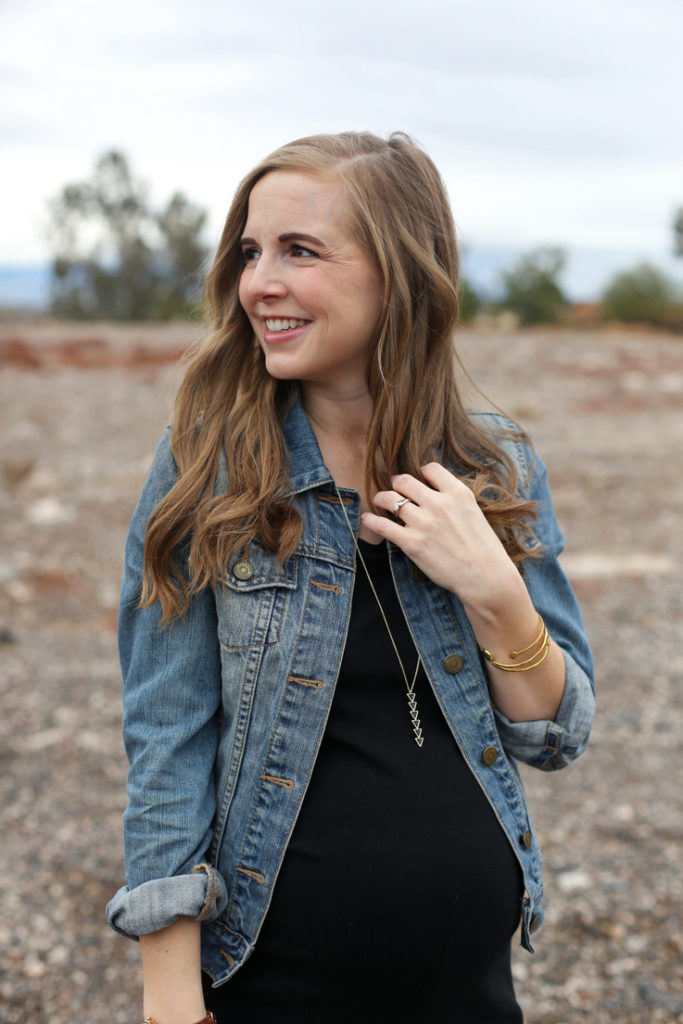 I’m still hoping, of course, that this baby will keep baking for another seven weeks or so, but to be solidly into the thirties is such a relief.

When I’m this pregnant, I definitely steer more toward classics looks (I’ve worn this denim jacket more in the last six months than the last two years combined) and anything black is my best friend.

I snagged this black maternity dress for 75% off on ThredUp and worn it approximately three times a week since it arrived.

It’s basically a lot of black, denim, leather, and stripes around here, and probably will be until this baby makes her appearance.

At which point I’ll make a return to . . . black, denim, and stripes. So maybe pregnancy dressing isn’t that different from how I normally dress.

Except that my regular dressing features less elastic waistbands. I’m ridiculously excited to return to pants that have a zipper and button and don’t require me to spend 2 hours a day pulling them back up. 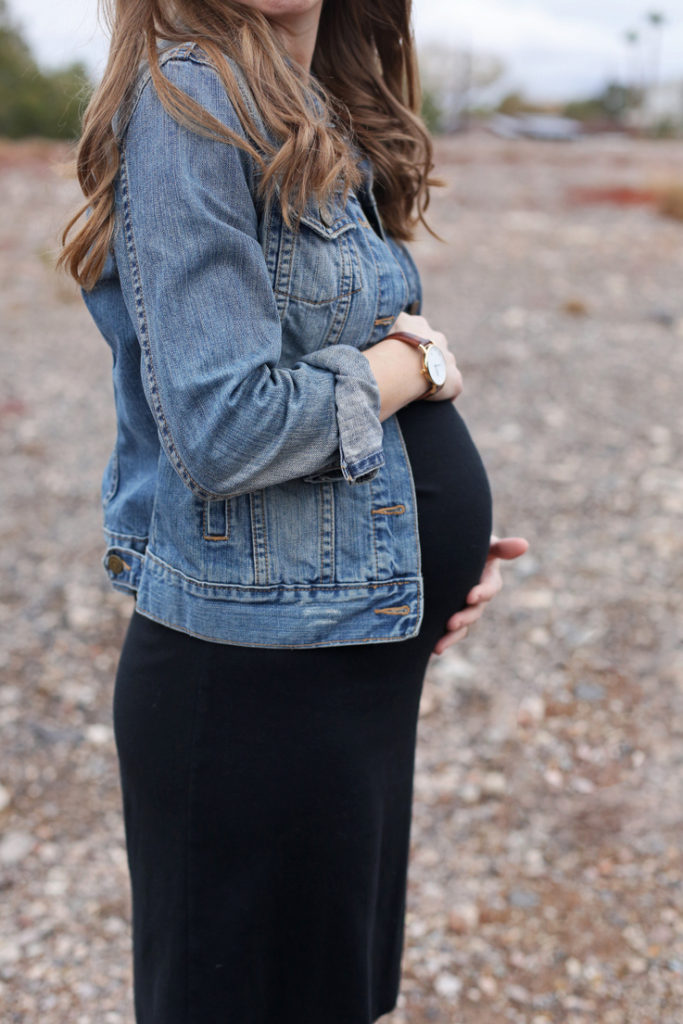