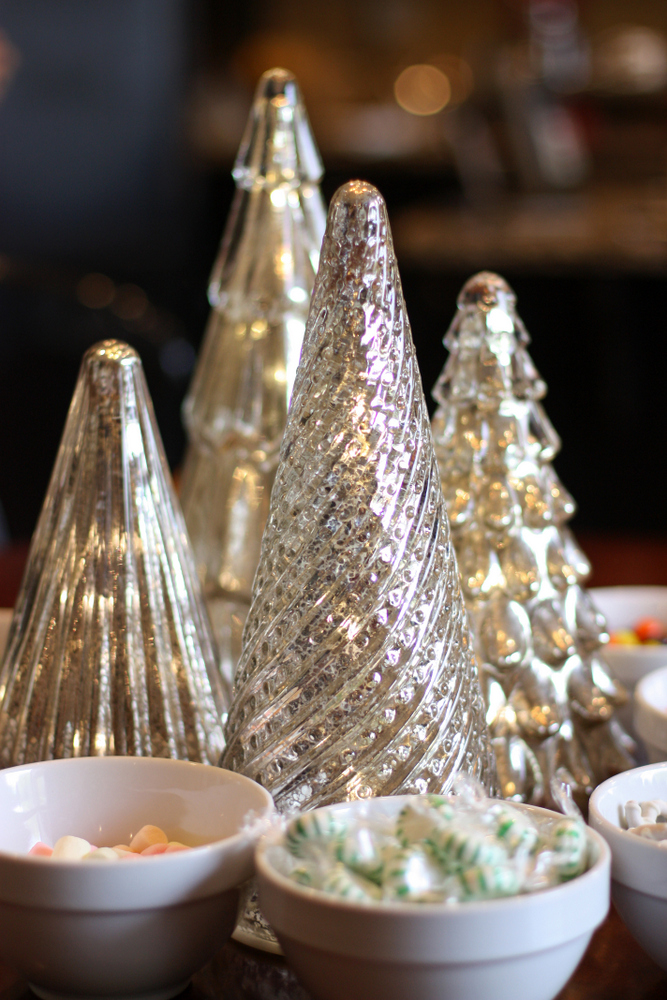 One of my favorite Christmas traditions is making gingerbread houses.
My family started having gingerbread house decorating parties about two decades ago and have hardly missed a year in all that time (I clearly remember inviting over a few friends when I came home from my freshman year at BYU).
When my mom was visiting us in London, I mentioned how lonely Ella was in London without friends to play with and my mom suggested that, when we returned to the States, we invite a few little girls over for a gingerbread house party.
Ella, of course, was beside herself at the idea and has been asking for days if TODAY was the day. (About an hour and half beforehand, she came up to the bathroom where I was doing my hair and said, “Grancie says there is a lot to do still. I think you know I will be very disappointed if you cancel my party.” I assured her we would not be canceling). 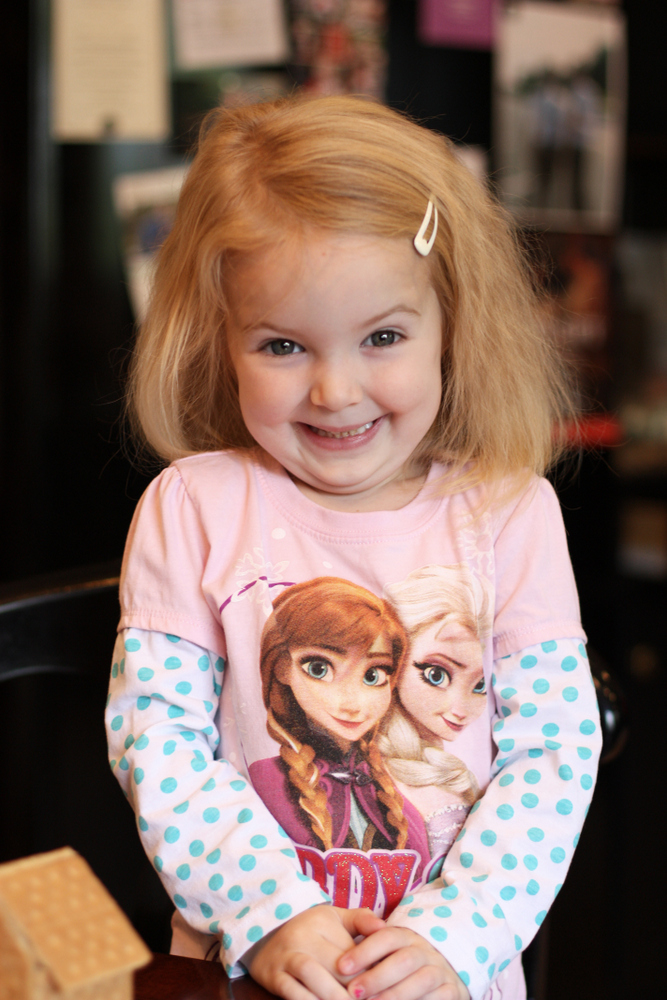 We invited two little twin girls over for the gingerbread house party who are just Ella’s age and that she knows a little bit from church and they all enjoyed playing together and decorating their houses.

The evening before, we’d made a little trip to the store to pick up gobs of candy and the other supplies we needed. The girls stood around salivating while we got everything set up. 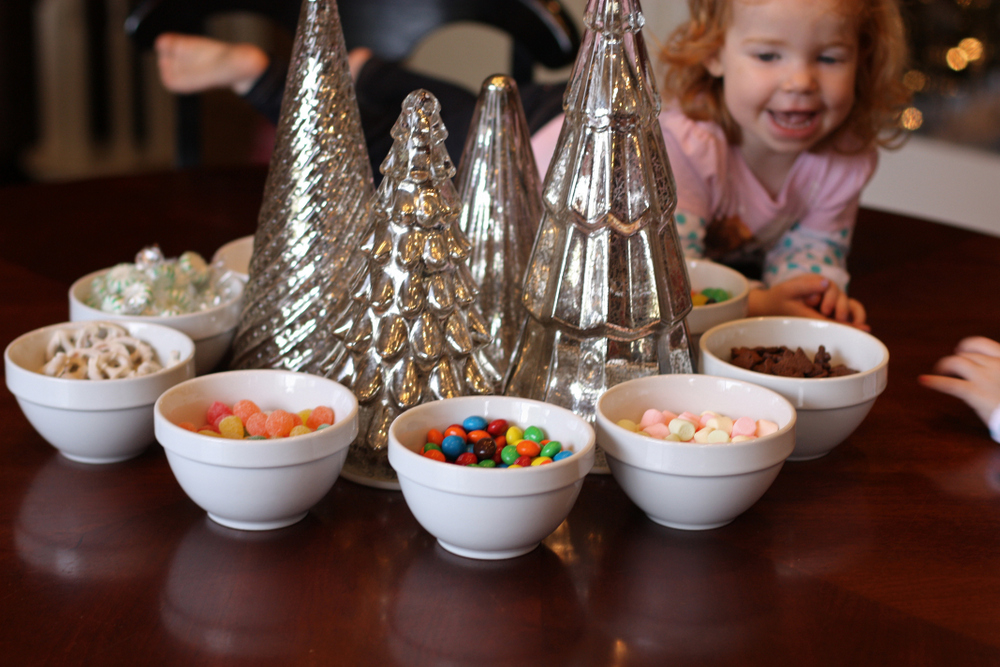 I keep saying “gingerbread houses” but we’ve actually always just done graham cracker houses. They’re a thousand times easier to make, they cost practically nothing, and you’re not spending a million hours trying to decorate something enormous.
Usually we assemble them with frosting, but this year we just hot-glued them together. Super easy and fast and less worry about them falling apart before the icing had a chance to set. 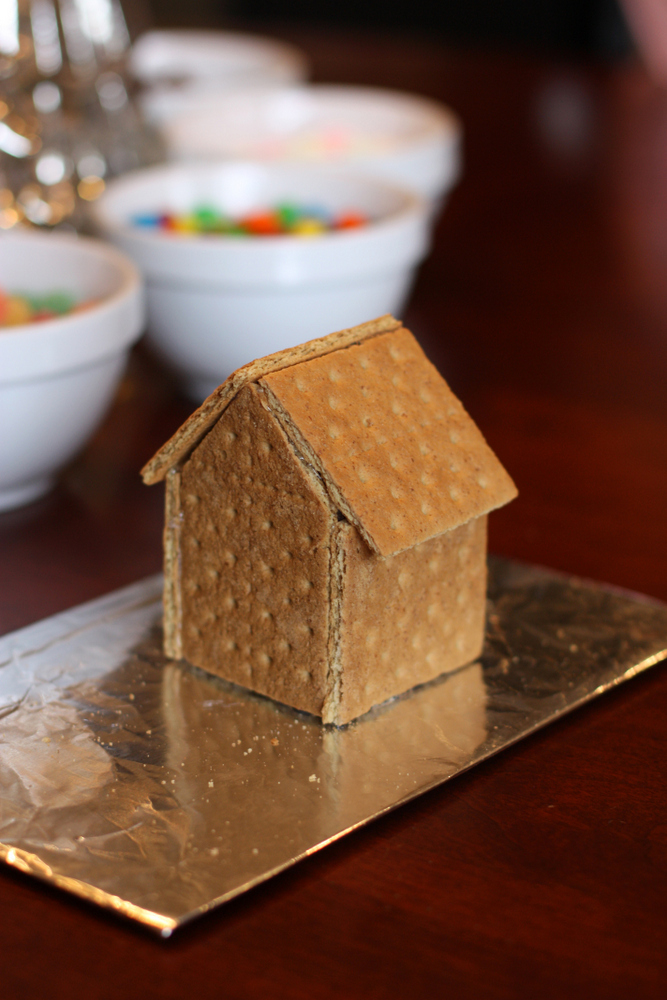 We made a double batch of royal icing (a few minutes after I snapped this photo, we transferred it to the KitchenAid so it could just beat on its own instead of using the hand beater) to attach the candy to the houses.

The recipe is super simple:

Beat everything together for 8-10 minutes on medium-high speed until it’s very very thick and doesn’t ribbon down from the beaters when you pull them out of the icing. 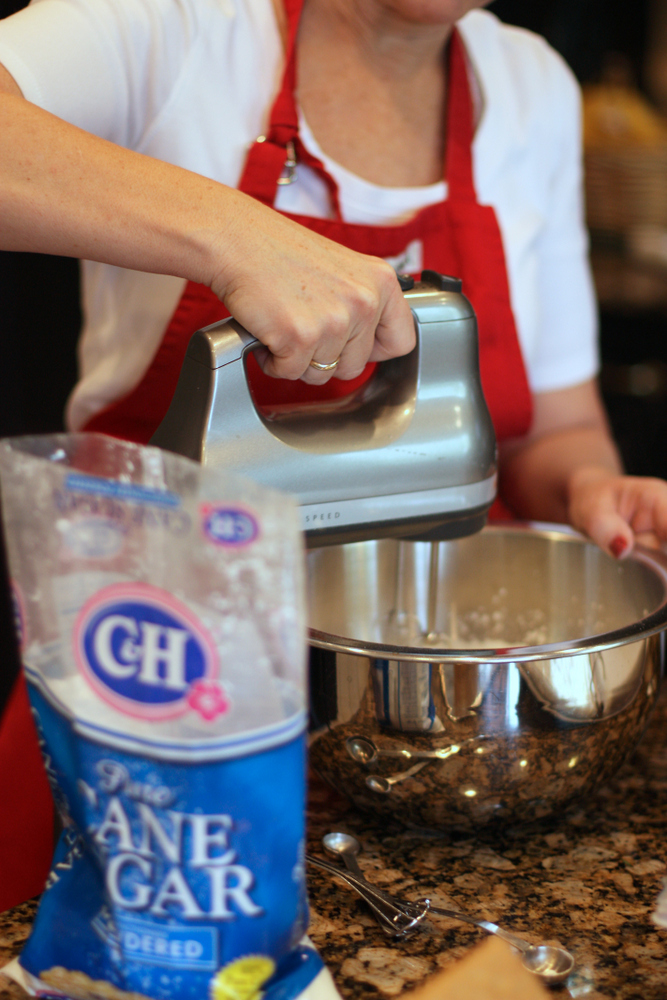 Then we gave the four little girls their houses and their frosting and set them loose.
(We’d heard that it was less messy to use those cheap condiment bottles than frosting bags, so we bought them for 97 cents each at Wal-Mart. They felt really soft and pliable, but once you put the frosting in, it was basically impossible for the girls to squeeze them on their own. There was no mess because no frosting was coming out. My mom and I ended up doing most of the squeezing at the beginning and then eventually just put the frosting in little bowls and let them dip their candies right into it or use a table knife to spread it on. Skip the bottles and use a pastry bag instead). 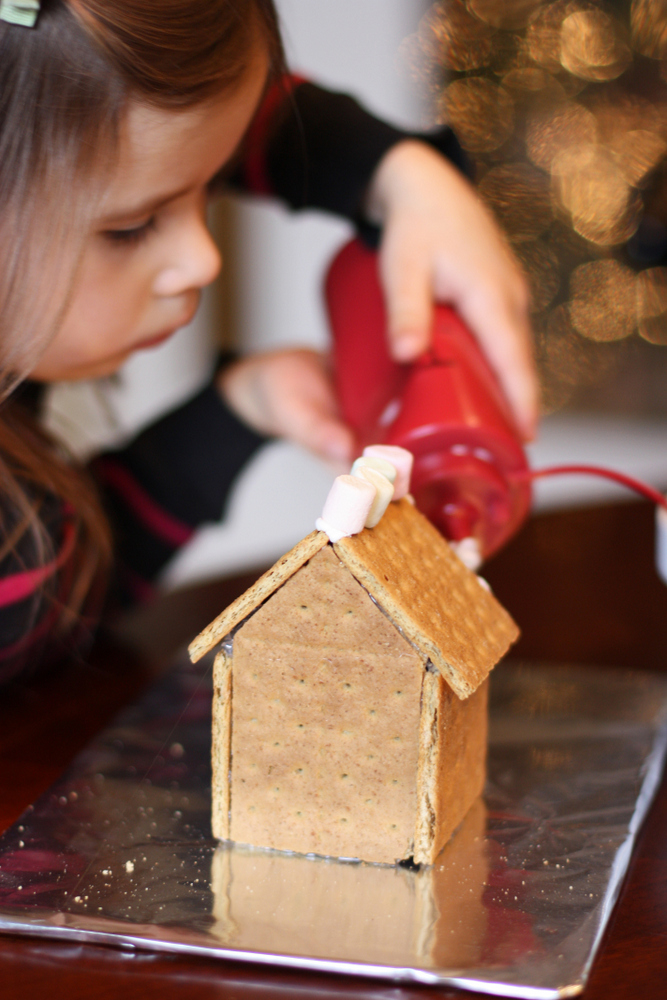 Ella put a tremendous amount of candy on hers (after quiet time later that afternoon, she came back down and added a bunch more), while Ani would carefully put a piece of candy on the house and then immediately remove it and eat it. Eventually, she didn’t even bother putting it on the house. She’d just ask for some frosting on her candy and then eat it. 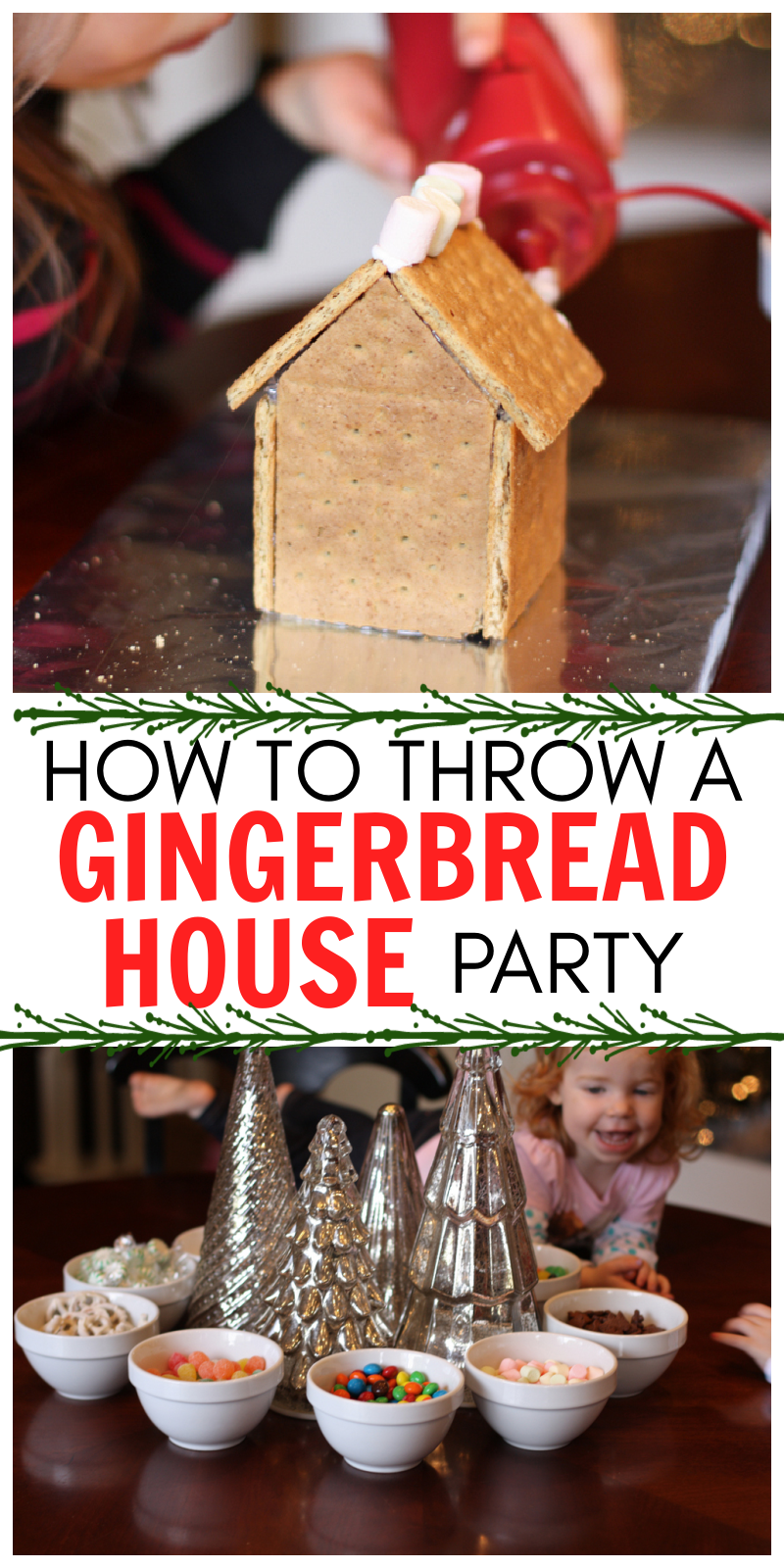 All in all, it was a delightful morning, and I’m thrilled to see some of my favorite traditions live on with my own girls.
Also, I’ve discovered that my candy tolerance is very low these days. A few big handfuls of peanut butter M&Ms and I felt sick the rest of the day. What a wimp. 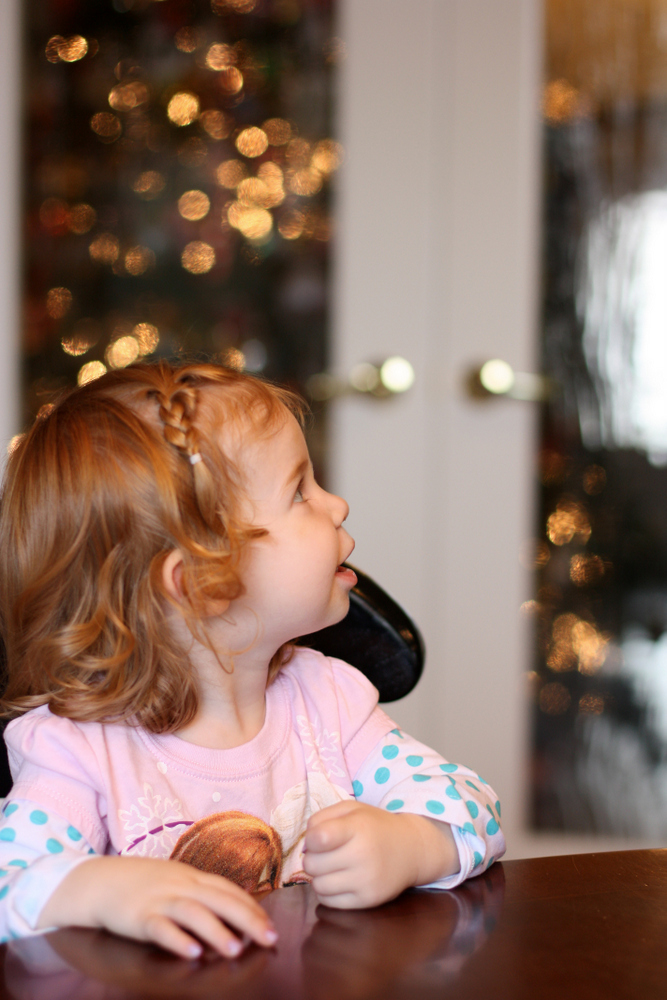 if you liked this post on how to throw a gingerbread house party, check out these other posts:

Previous Post: « The Smartest Kids in the World: And How They Got That Way by Amanda Ripley
Next Post: Before There Were Five »