Last week, a few days before December began, we were sitting around at dinner and I asked the girls, “What are the most important things for you that we do at Christmas time?”

Without hesitation, both Ella and Ani said that the shepherds’ meal, which is our Christmas Eve dinner, was the number one thing they looked forward. 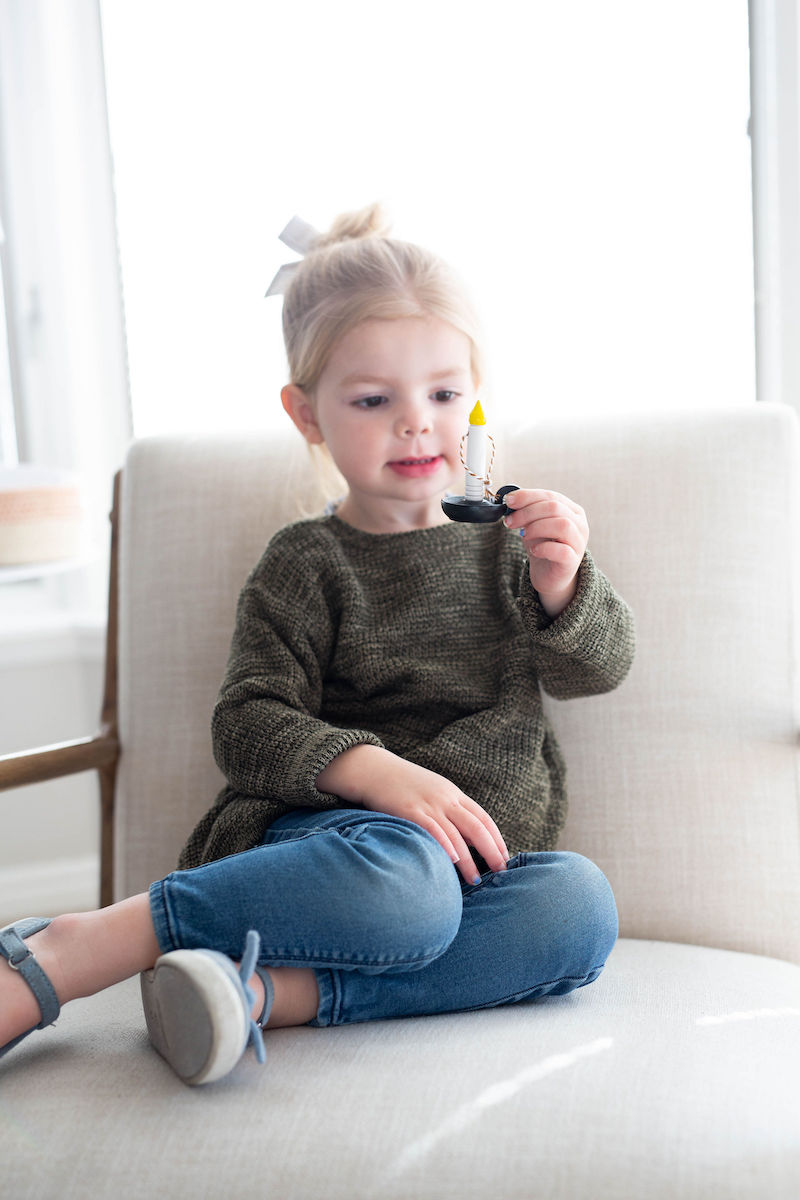 Since my family has been doing this for our Christmas Eve dinner since I was probably eight or nine, this was music to my ears.

It was one of MY favorite parts of Christmas all growing up and I’ve loved adapting it for our own family.

I feel like Christmas Eve can get kind of harried as you do final wrapping and prep for a big Christmas morning, so I love a Christmas Eve dinner that takes less prep and

When I was growing up, our shepherds’ meal usually consisted of homemade bread bowls with soup and bottles of sparkling cider. The idea was that it was the kind of meal that the shepherds might actually have eaten in the time of Jesus.

Also, every year, my parents bought more sparkling cider (after the first year where we had one) and basically no matter how many bottles they bought, it always got finished off. It became something of a joke in our family.

We’d move the coffee table in the family room and spread out a big blanket and eat on the blanket by candlelight (or the light of the ceiling fan dimmed . . . either way worked) and the light of the Christmas tree. Everyone would dress up in nativity costumes – originally that was bath towels tied around our heads with my dad’s old ties but eventually my aunt made us a set of real costumes one year and we’ve used those ever since.

Once our meal was over, we’d recite the Christmas story from Luke 2. My parents assigned us parts long ago (I’m pretty sure it was when we still lived in Wisconsin) and I can still recite nearly the whole thing by heart, not just my own part.

It was such a simple Christmas Eve dinner but so sweet and memorable throughout my life. 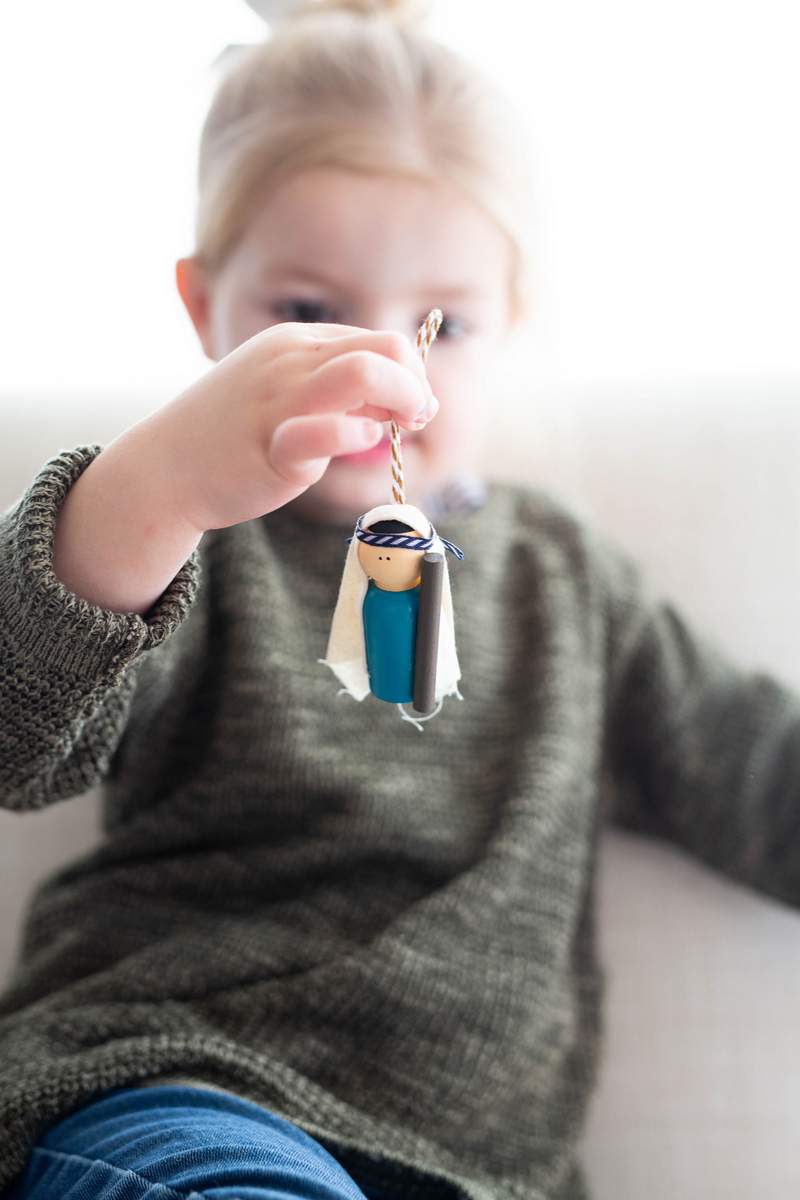 If you’re a long-time reader, you may know that my youngest brother’s name is Shepard and he passed away from a brain tumor in 2000 when he was three. We’d been doing our shepherds’ meal before he was born and then throughout his life, but after he died, it felt extra special with that little unplanned connection to his name, as a way to remember him at Christmas even after he wasn’t there to celebrate with us.

Over the years, as Bart and I switched off Christmas celebrations with each of our parents, we always participated in the shepherds’ meal when we were at my parents’ home and when our first Christmas spent with our own children in our own home rolled around, there was no question that we’d carry on the tradition.

I personally don’t care for bread bowls because they seem so massively wasteful to me – no one EVER eats the whole the whole thing and you end up throwing away a ton of soggy bread – plus you need all that time for them to rise and bake and so, although Bart loves a good bread bowl, I axed those immediately (if he ever decides he wants to make bread bowls for six people on Christmas Eve, he can go right ahead).

Back in 2014, we spent Christmas with my family in Las Vegas after we flew home from London and before heading back to North Carolina for Bart’s last semester of school, and on Christmas Eve, my mom sent us to Trader Joe’s to pick up some sparkling cider and we thought, “Let’s pick up some OTHER foods for dinner that might be somewhat historically accurate.”

We picked up some dried fruits and nuts and some goat cheese and crackers to go along with the bread bowls and soup. (Let’s be honest, our focus was more on picking delicious food and less on authenticity).

Since then, our Christmas Eve dinner has morphed more into a spread.

Last year, when my parents came for Christmas along with my brother Crawford, we had dried mangos and dried cherries, coconut cashews, fresh fruits and vegetables, spinach dip, a couple of kinds of crackers, several different cheeses, some meats, and possibly some soup (neither Bart nor I can remember if we did soup – it seems like we might have skipped it, what with having four little spill-prone children). Basically, it was a giant charcuterie board.

We set all the dishes out on our coffee table and everyone served themselves before setting in on the blanket on the family room floor.

It was my favorite year yet and I’ve been anxiously awaiting this coming Christmas Eve dinner since December 26th.

You already probably know that I do not enjoy dressing up (and neither does Bart), so in our own family, we skip the costumes because we are total Scrooges.

We HAVE assigned everyone parts from Luke 2 and our girls love practicing their parts all December long. On December 1st, I was surprised to see that both Ella and Ani still remembered their verses from last year.

The year Bart’s parents are joining us for our Christmas Eve dinner and I’m looking forward to carrying on this favorite tradition in our new home.

Previous Post: « 22 Fabulous Gift Ideas for Book Lovers
Next Post: How to Fit in More Audiobook Listening During the Holiday Season »