Back in March, my mom sent me an email announcing Southwest’s super low fares to Hawaii (like “$88 each way” low).

I happened to be sitting at my desk when her email arrived and within 5 minutes, I’d texted Bart at work to ask if he was interested and he said “let’s do it” and within 15 minutes of that email arriving, we had six round-trip tickets to Maui booked. 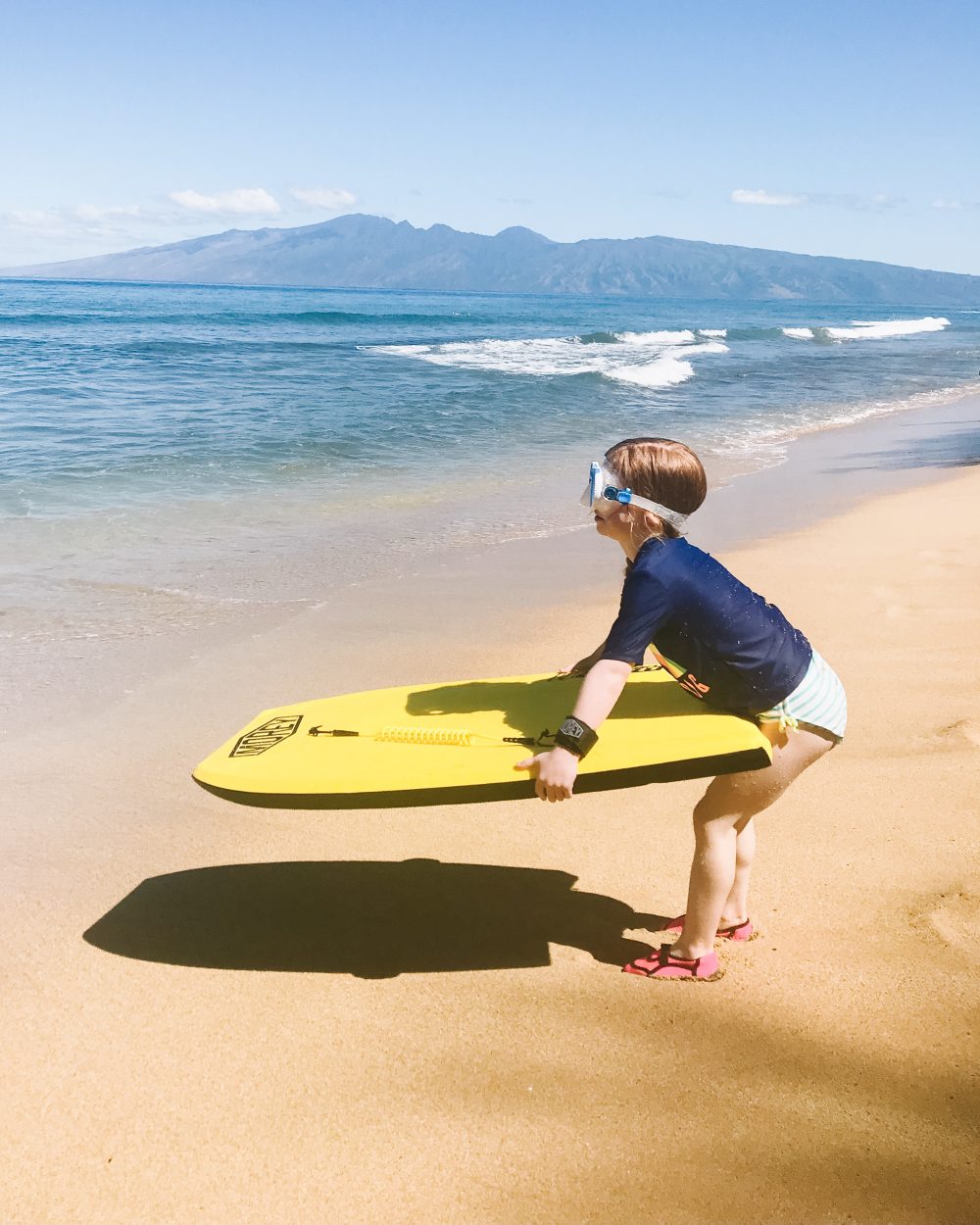 Good thing, too, because those cheap fares were gone within an hour or so.

I’d never been to Hawaii and although we considered going last fall for my birthday trip (we ended up going to Italy instead), I really wanted to do Hawaii as a family. And with tickets this cheap, there was no reason not to take them.

We haven’t been on a big family vacation with just the six of us ever (we’ve done weekend trips or trips with family, but nothing like this) and it was everything I’d hoped for. 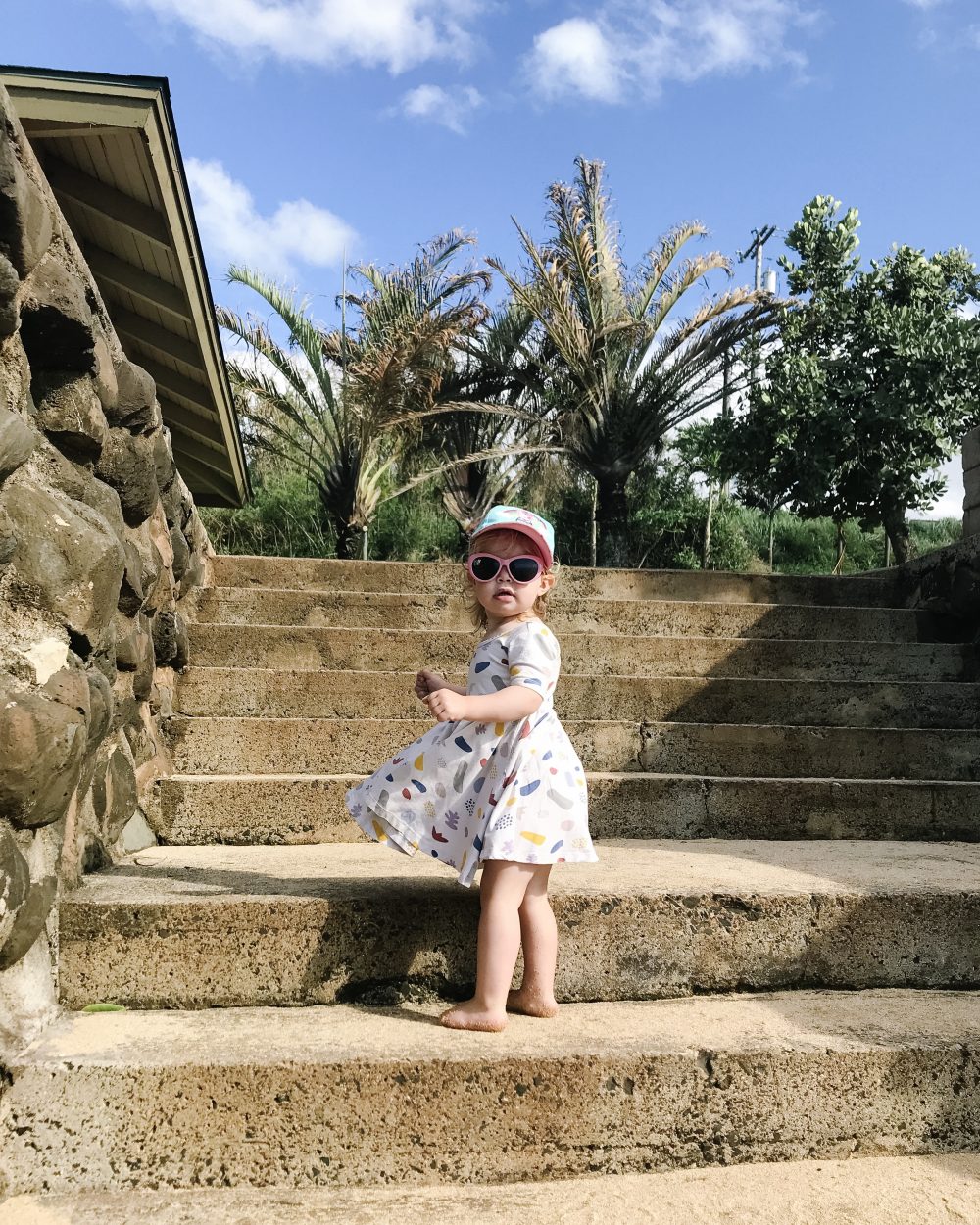 I know that our travel style isn’t everyone’s travel style – some people want to see absolutely everything and that’s not us. We want to do some of the big things, but we also want plenty of time to relax. So if you’re looking for a comprehensive list of things to do in Maui with kids, this post is probably not it. 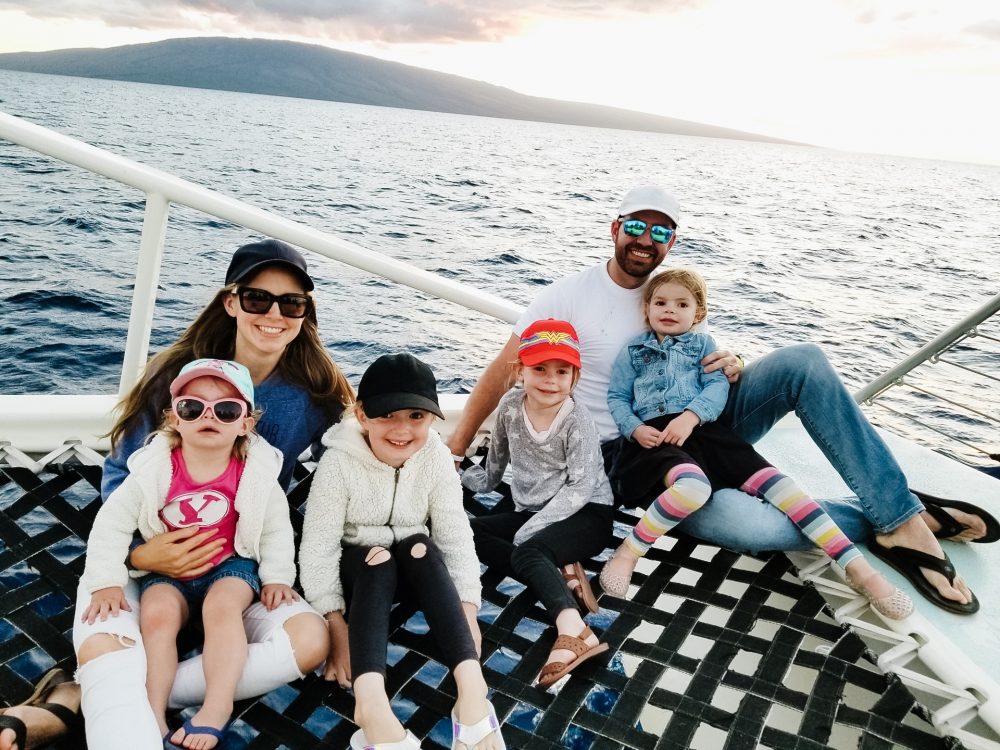 We spent a lot of time at the pool, at the beach, and in our condo playing games. We usually did one outing per day and we ate out one entire time in 8 days.

A restaurant guide to Maui this is not. 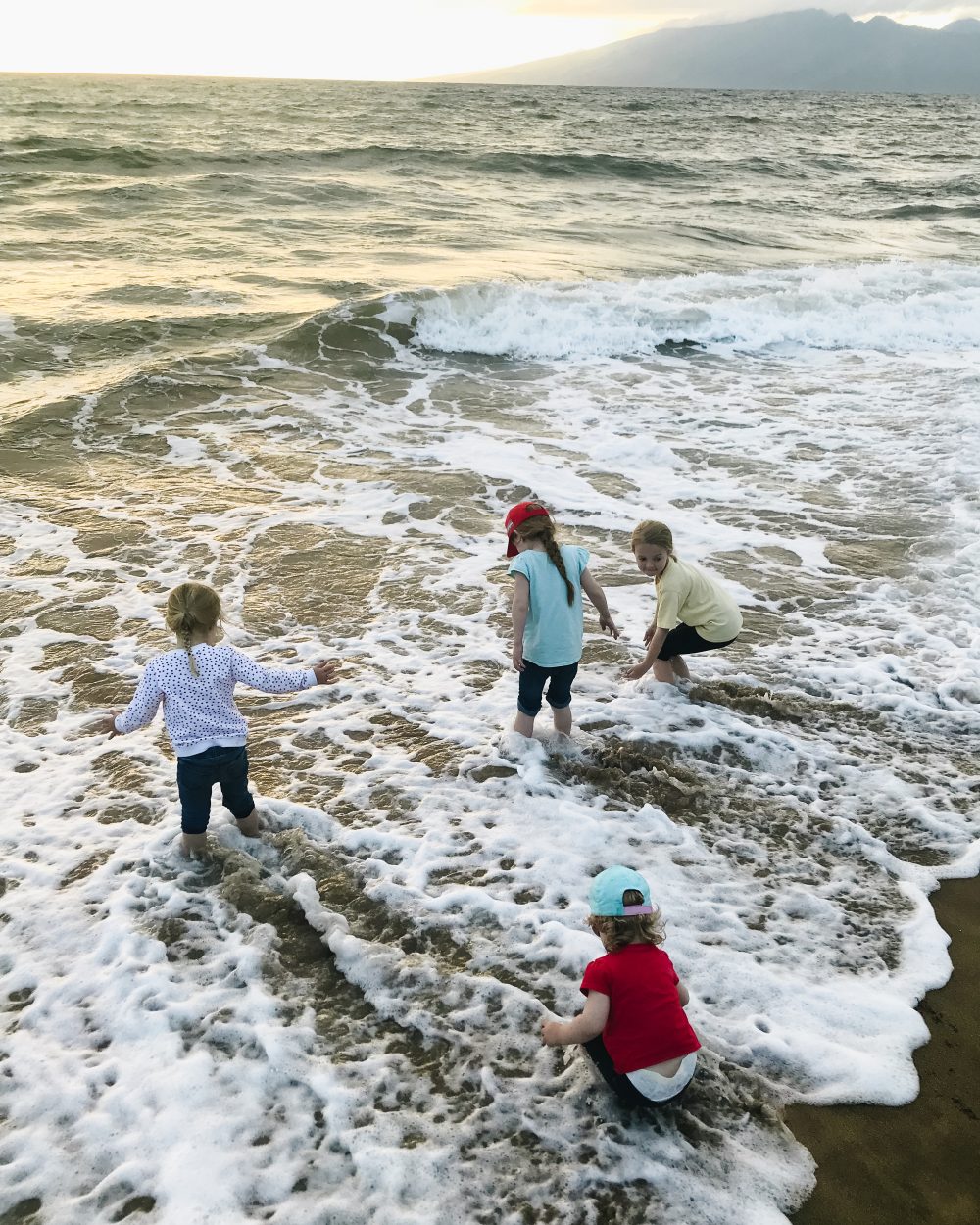 Where we stayed in Maui

Because we still have a napper and our girls go to bed reasonably early, we knew we’d be spending a lot of time at whatever hotel we chose, so this was where we spent the majority of our trip budget. We picked the Honua Kai Resort because it had two bedroom/two bathroom condos, four pools, beach access, and a kitchen and laundry. Plus, it had good reviews and looked nice. We booked it through Expedia and crossed our fingers that we’d like it.

Bart and I took one bedroom and Tally slept in the attached bathroom in a crib provided by the hotel. The two big girls shared the other room and Star slept on the pull-out couch in the living room. The beds were super comfortable, it was all very clean and new, and it was so convenient to have a kitchen and laundry. I couldn’t have been happier. 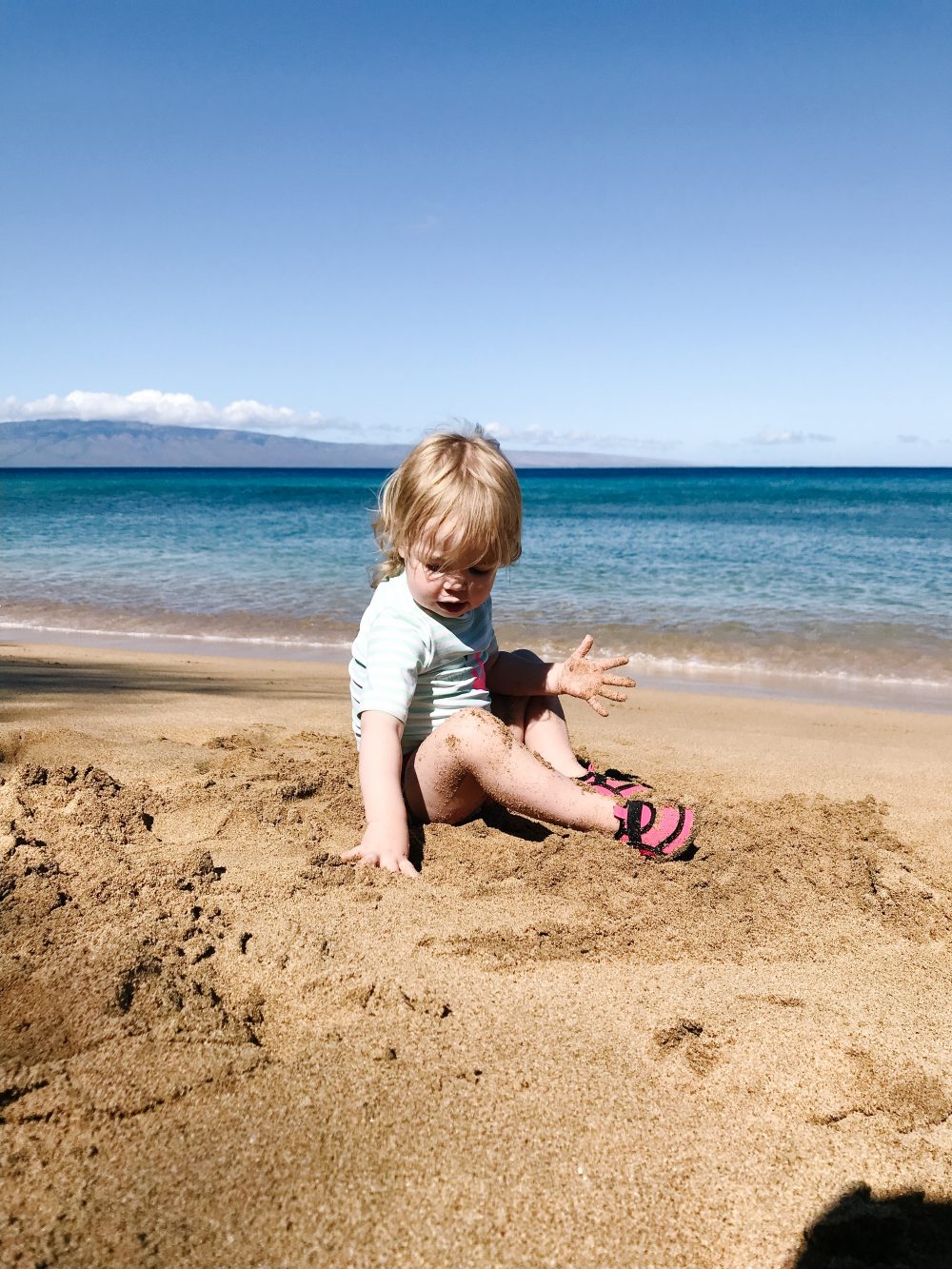 We had a mountain view and our condo was on the corner so we had huge windows on two walls of the living area which made for beautiful views.

We met lots of people who stayed there every year when they came and we’d definitely stay there again.

The pools, especially, were super nice. There was a lazy river pool, a play pool with a water slide, a hidden hot tub, a waterfall and a pretend beach on one side, there was a big infinity pool with a splash pool and two hot tubs attached, and another pool that I never even went to (Bart took Tally there one time when I had the other three girls at the beach). 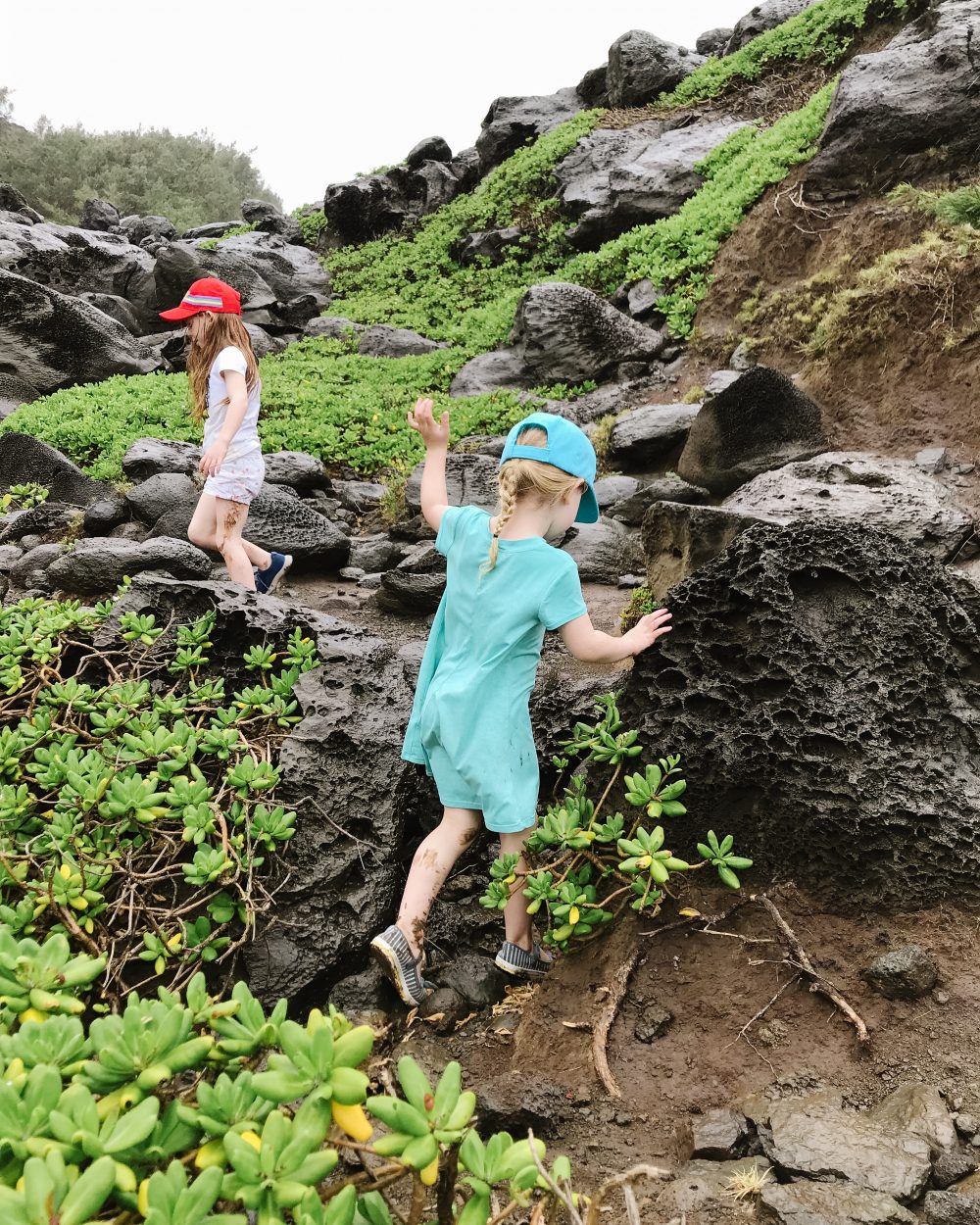 I especially loved going down to the pool after dinner and swimming while the sun set over the beach and the flames from the lanterns around the ground flickered on. It was just magical. Two big thumbs up for Honua Kai – it was worth every penny and I’m glad we didn’t skimp on this. 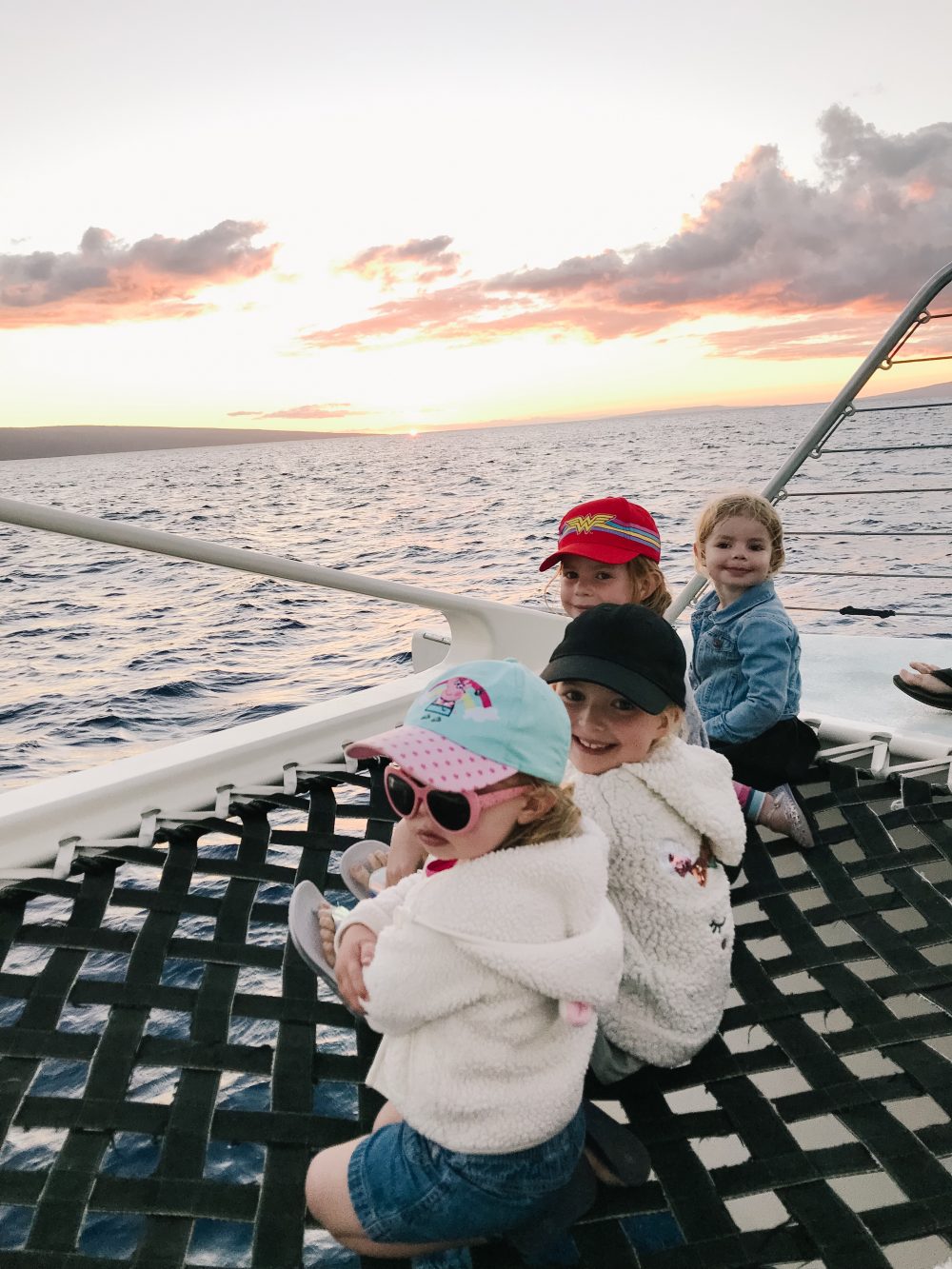 What we ate in Maui

I got tons of great recommendations for places to eat in Maui, but we ended up eating out almost zero. There is a Costco right by the airport (like . . . two minutes from the airport) so immediately after we’d landed and picked up our rental car, we made a trip there and picked up food for the week (we also bought two boogie boards and some snorkel gear and beach toys, which made our beach trips more fun).

We got cereal and instant oatmeal and eggs and bananas for breakfasts, peanut butter and jelly and bread for lunches, and then an assortment of prepared meals for dinners (meatloaf with mashed potatoes, chicken alfredo, potstickers, rotisserie chicken, and hamburgers). We’d planned to go out to eat more than we did, but it always just felt easier to go back to our condo and have dinner instead of dragging everyone out to a restaurant (especially when the time difference meant that we were going to bed earlier than normal). 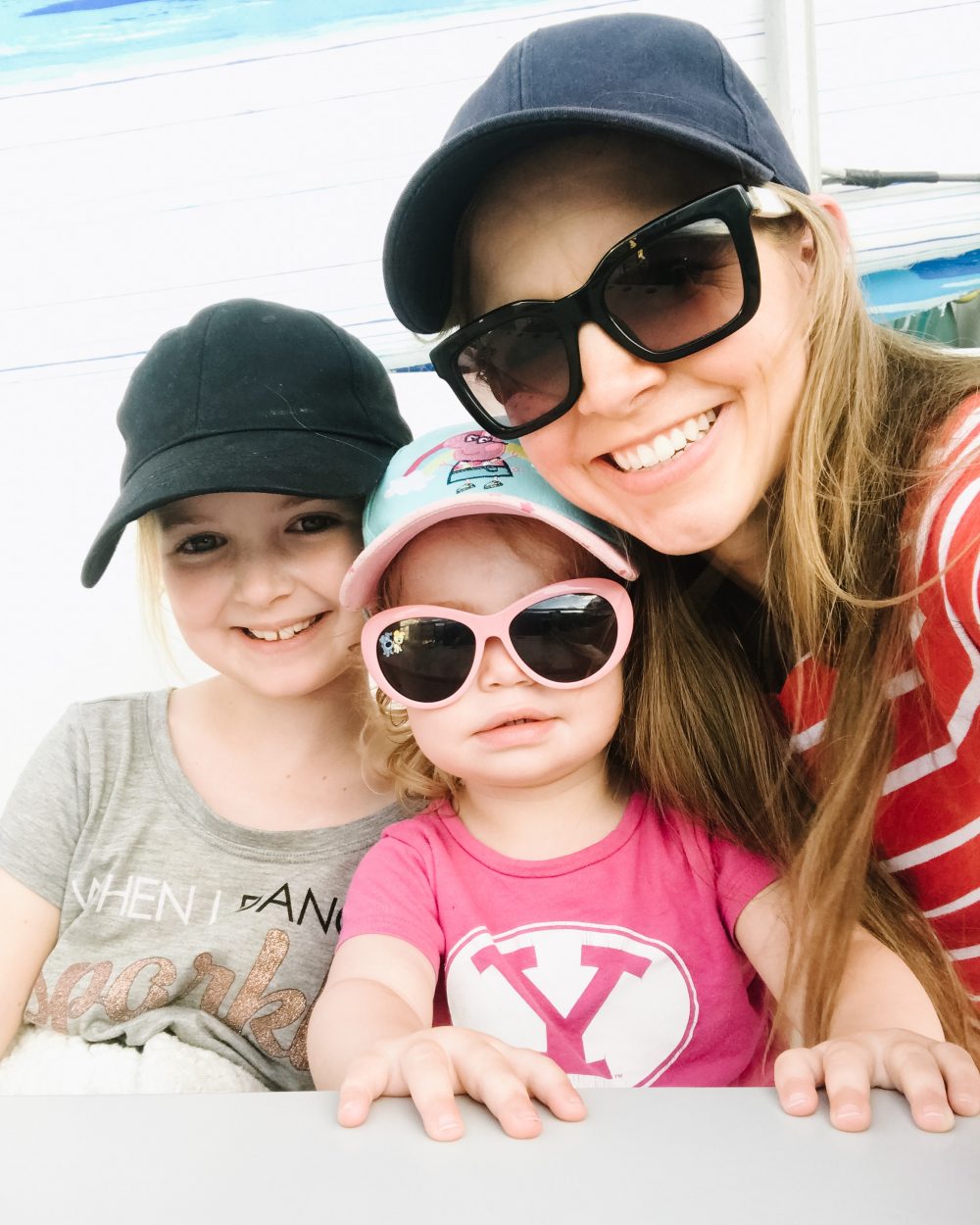 Our only dinner out was to Da Kitchen which was really fun after we’d driven around the north side of the island.

We also went over to the Hyatt one afternoon and had Ululani’s Shave Ice and another morning, we stopped at Leoda’s Kitchen and Pie Shop and picked up three mini pies that we brought back and ate after lunch.

What we did in Maui

At the suggestion of several friends, we picked up a copy of Maui Revealed, which was very useful and I took it with me everywhere that week. I highly recommend it if you’re going to Maui and it was really helpful (and humorous). 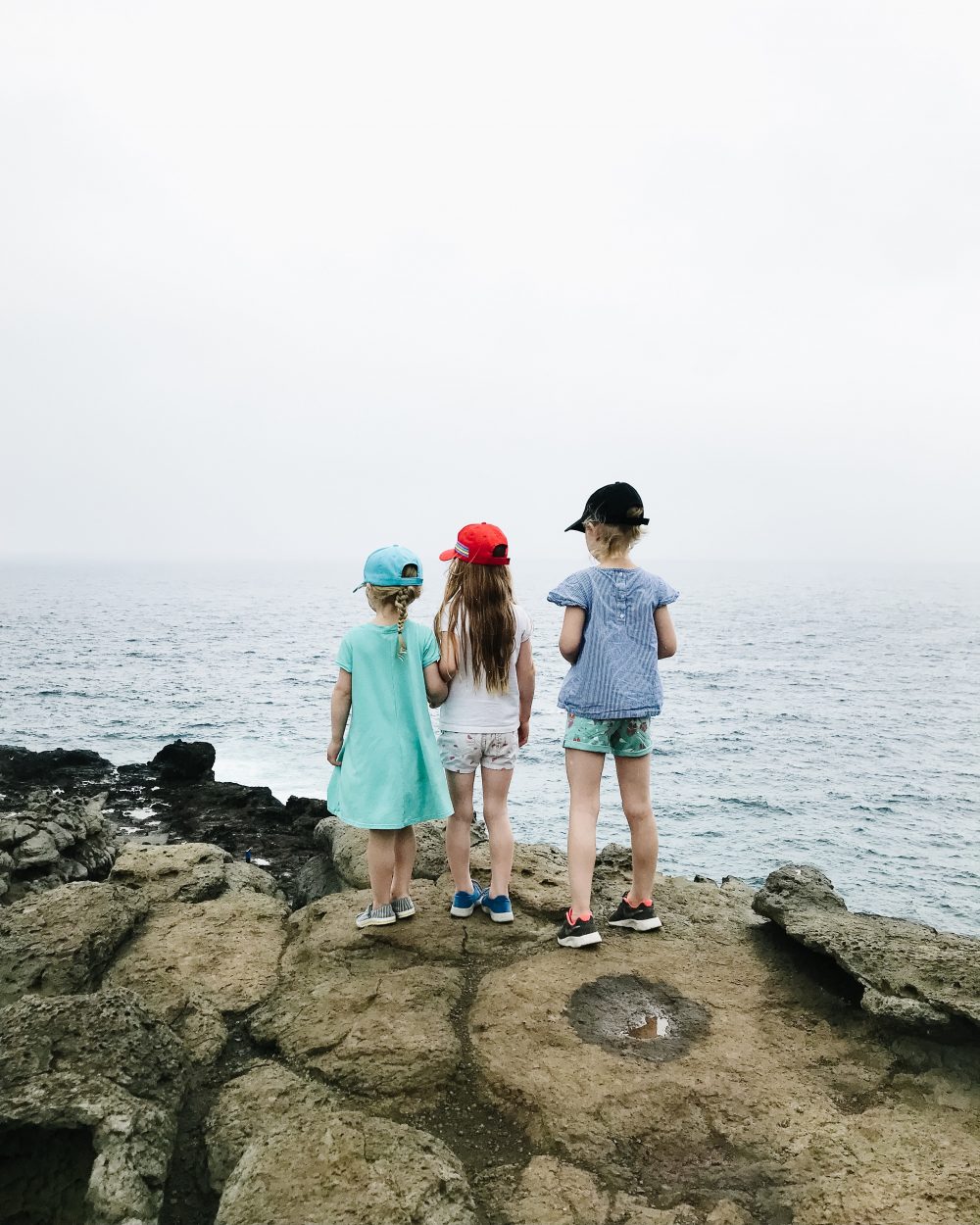 Here are my favorite things we did while we were there:

Overall, it was just such a relaxed week with lots of quality time together, no real schedule, and tons of time in the water. Star has already told me that when she grows up, she’s going to move to Hawaii.

And I’m welcome to come visit her.

P.S. I made a little video of our trip – enjoy!