Back when we were fun (e.g. fewer children, less work responsibilities, and more young and energetic), Bart and I really loved hosting parties.

We made this elaborate Jeopardy game on PowerPoint with everything linked up so you could click any number on the board and it would pop up the question and then click through to the answer. We invited several couples over, provided everyone with buzzers, and laughed ourselves sick.

We hosted a Mission Impossible birthday party for Bart and another friend, complete with ding-dong-ditched invitations in manilla envelopes with water guns, a CD with a recorded information about the event and the signature music.

We organized a burger hop where a bunch of us went to four different burger places in Austin in one evening and tried the classics at each one and rated them (complete with a little score card, I think. Maybe I’m just inventing that part).

(All of this is making me miss our Austin days in the worst way).

But for sure our favorite parties have been Minute to Win It parties.

We first hosted one in Texas, then another during Bart’s MBA program, and one during Bart’s family’s reunion a few years ago. We’ve done more low-key versions with his family during Thanksgiving. It’s just hard to go wrong with Minute to Win It games.

Over Christmas break, we decided it might be time to host another one.

I wrote a whole post about our Minute to Win It party in 2012, but after the one we just hosted over the weekend, I had a lot more details and suggestions I wanted to share. 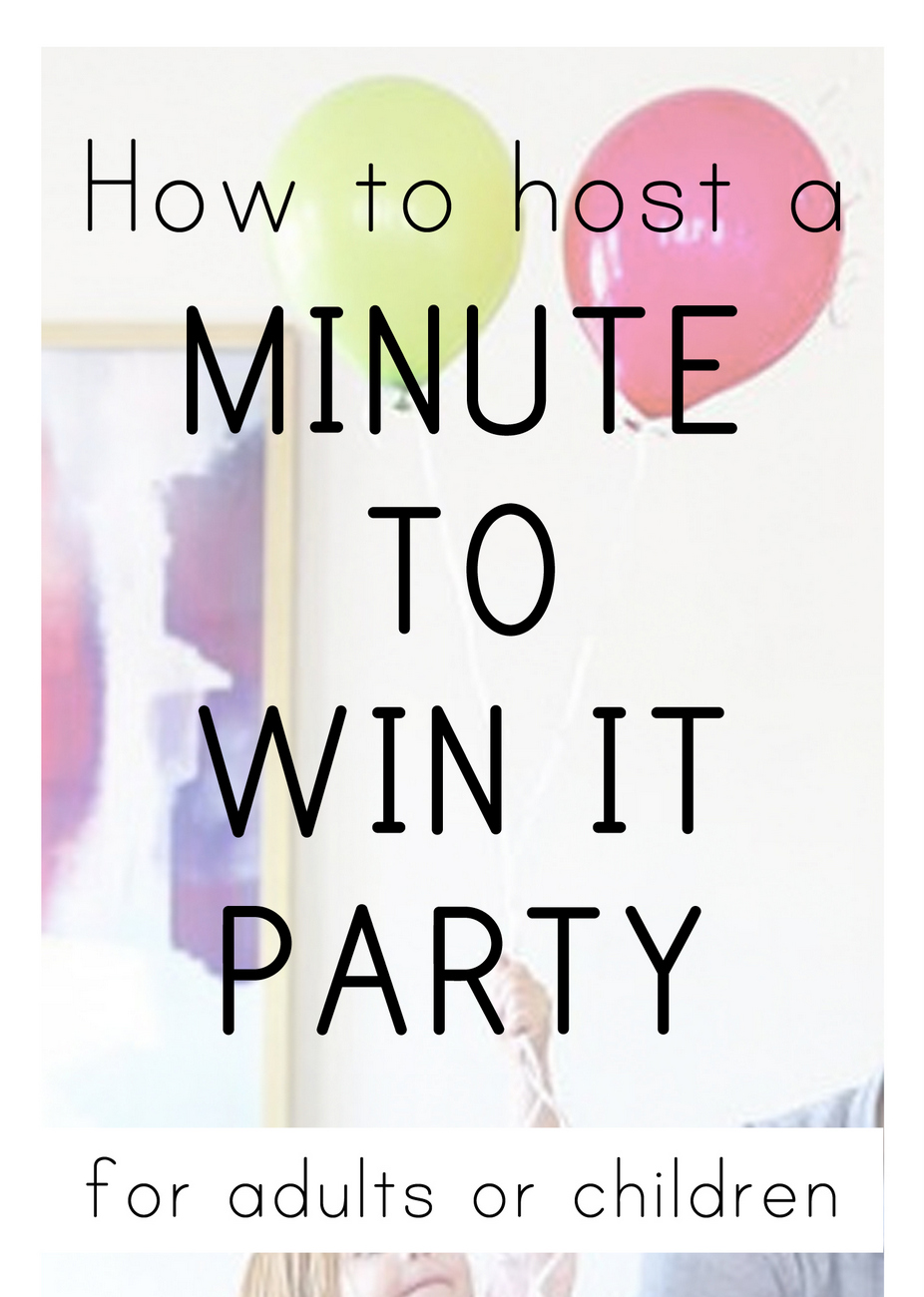 In my last post, I shared 12 Minute to Win It games, but now that we’ve done it a bunch of times, we’ve figured out which ones we like doing best. These are our six winners (but if you want more ideas, definitely check out the other post):

Our Favorite Minute to Win It games

We invited four couples for a total of 10 adults (children were not invited), which seemed like a good number (although 8 or 12 would make it a little easier to divide into two groups of four or three groups of four).

Here’s a few tips that I think make it a smoother and more fun party:

It ended up being a really fun night, and because we’ve done it several times, it was very quick and easy to get everything ready.

And of course the next morning, the girls were dying to play all theMinute to Win It games and Ella’s asked that her birthday party this year be a Minute to Win It party.

If you have questions, let me know and I’ll try to answer!