One of the things I like about vegetarian meals is that they are generally pretty fast because I don’t have to remember to defrost the meat, I don’t have a bunch of knives and cutting boards to be careful about reusing, and I don’t have to worry about meat being undercooked.

I can’t lie, though. This dish is not a super quick toss together. Every time I make it, I think “Bah, this is a freaking pain.” Don’t say I didn’t warn you.

I’ve also just made the breaded eggplant slices and used them in sandwiches with some mayo, melted mozzarella cheese, and tomato slices (although I should have spread a little tomato sauce on it too).

Either way, this is a really good, non-soggy vegetarian eggplant parmesan recipe. And I’ll keep making it despite the hassle. 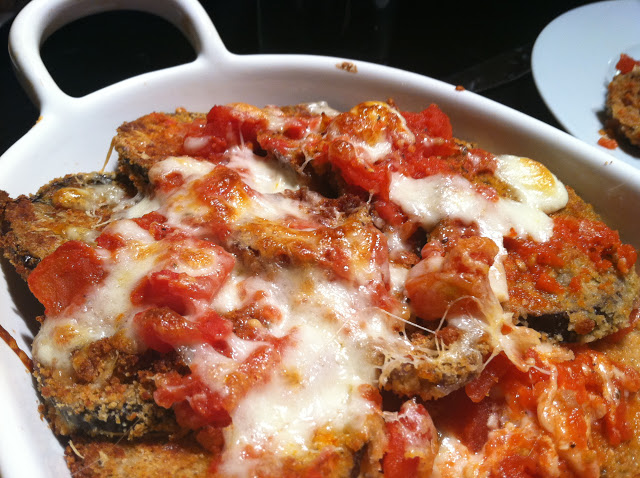 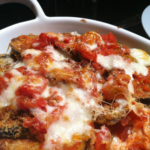 I don't have a lot of eggplant recipes, but this Vegetarian Eggplant Parmesan recipe is one that is so delicious I have to keep making it!

I served it with carrot puree (an all-time favorite in our home), and a tomato/avocado/crouton/mushroom salad with ranch dressing. Delish. 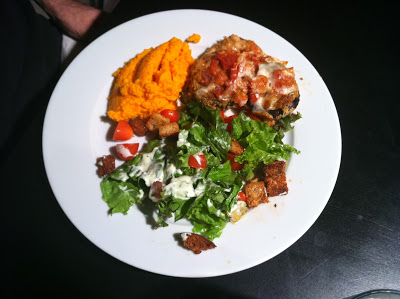