Right after we moved back to Texas, my friend Jeannie invited a couple of us over to show us how she made the world’s best cinnamon rolls.

I can’t remember all the details except that she mentioned that her secret of good baking was to double the vanilla. “Actually,” she said, “A lot of the time I triple it.”

Then, last summer, at a little “favorite things” party Ralphie hosted, Jeannie brought bottles of real vanilla for everyone.

I think real vanilla might be the key to convincing Bart that vanilla is an acceptable flavor (he’s pretty much a “chocolate or die” man).

But Bart likely won’t have a chance to be convinced by these cupcakes since I think I’m going to go finish off the last one right now before he gets home.

(By the way, I used this frosting because Ella absolutely insisted on a chocolate frosting, but I think it was way too sweet and strong for these cupcakes, and totally overpowered the cupcake itself. If I’d had my way, which I obviously did not because I was not turning 3 yesterday, I would have made this strawberry frosting which I made last year and was so ludicrously good I ate it with a spoon for a week afterward). 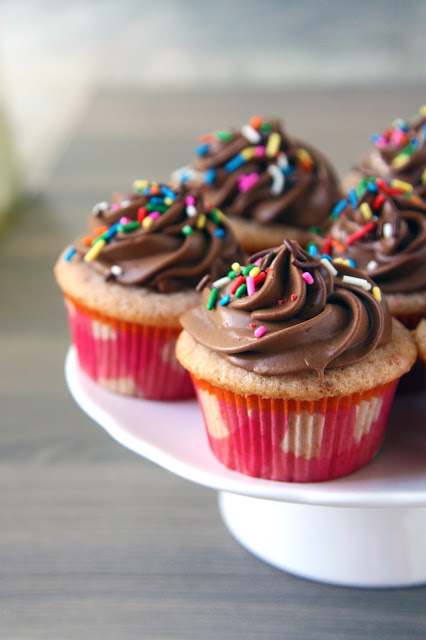 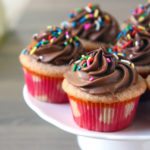 After being converted to using real vanilla, I couldn't resist making these delicious Strawberry Vanilla Cupcakes for my daughter's birthday.

Nielsen-Massey sent me a free bottle of vanilla extract (so well packaged that I used the wrapping to safely transport THREE of my serving dishes from Austin to Durham), but I was not paid for this post, and all opinions are my own. Also all the dishes after making this recipe were done by me. And all the working out I should be doing (but won’t) to burn off the calories in these cupcakes rests on me.

They’ve also offered to send one of my readers a bottle of real vanilla too, so if you’d like to be entered to win, just leave a comment telling me one of your favorite things to make with vanilla (I recently made this vanilla ice cream and, seriously, it was probably the best ice cream I’ve ever made). And thus ends the longest disclosure of a two-ounce bottle of liquid ever written. 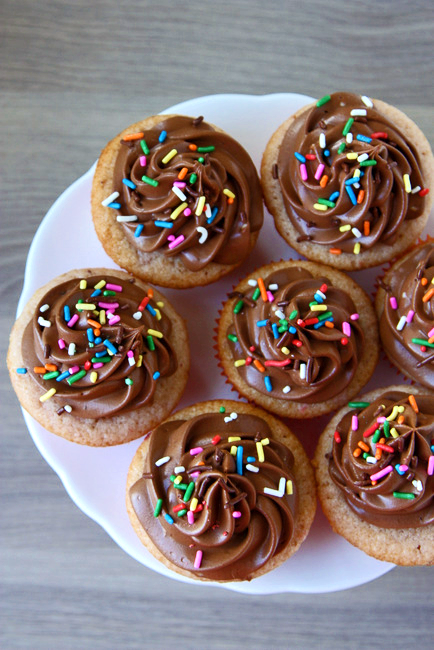