One of my roommates in college is a Texan, and she was horrified when she discovered that I made enchiladas with flour tortillas. Apparently this is unbelievably unauthentic.

I’m sorry, but I just do not like corn tortillas. I prefer deliciously unauthentic flour tortillas. Unless someone in our family is struck down with a gluten intolerance, we will continue to be a strictly flour tortillas family, even in enchiladas.

I actually never liked enchiladas growing up, but I’ve since repented of my evil ways and now they are my go-to dish when I need to hide vegetables I don’t like. Or when I need to use up tons and tons of CSA stuff.

Kale is my vegetable nemesis (I know, I know, have I heard of kale chips? Yes. Bart told me never to make them again. And I agreed), but I actually ate multiple servings of these kale enchiladas.

I also invited some friends over for dinner when I made this and the husband had three servings and then said, “I really want more, but I’m afraid I’m going to make myself sick.” I felt very proud.

I made these Crockpot BBQ Chicken Sandwiches the night before and then just used the leftover chicken for these enchiladas. Or, you could just shred some cooked chicken and marinate it in some BBQ sauce for a couple of hours beforehand.

And, after months of resisting, I finally switched to Natalie’s method of stacking enchilada ingredients (more like a lasagna) rather than rolling up the filling. I don’t find the rolling particularly tedious, but I was forced into it when I was making enchiladas a few weeks ago and discovered I had a total of three tortillas. People, I’m never going back – more room for veggies, quicker assembly, and no trying to eyeball how much filling to put in each tortilla. 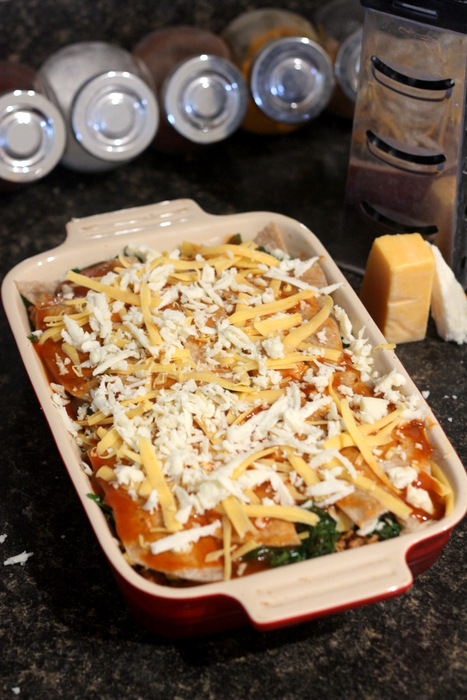 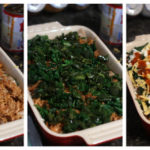 These kale enchiladas are delicious and easy to throw together! 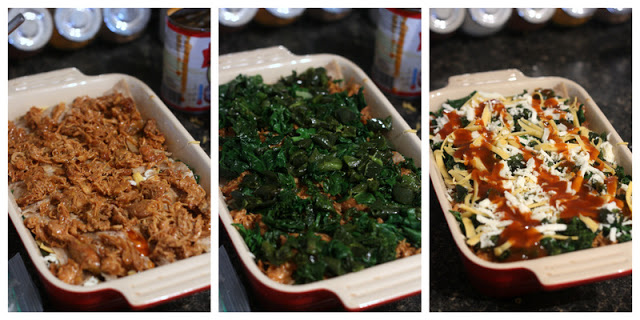