Back in the fall, Instagram suddenly started going BANANAS about Red Aspen press on nails.

Well, I’m only human and after watching one influencer after another rave about them, I decided to give them a spin.

I ordered three sets of their press on nails and then anxiously waited for them to come. 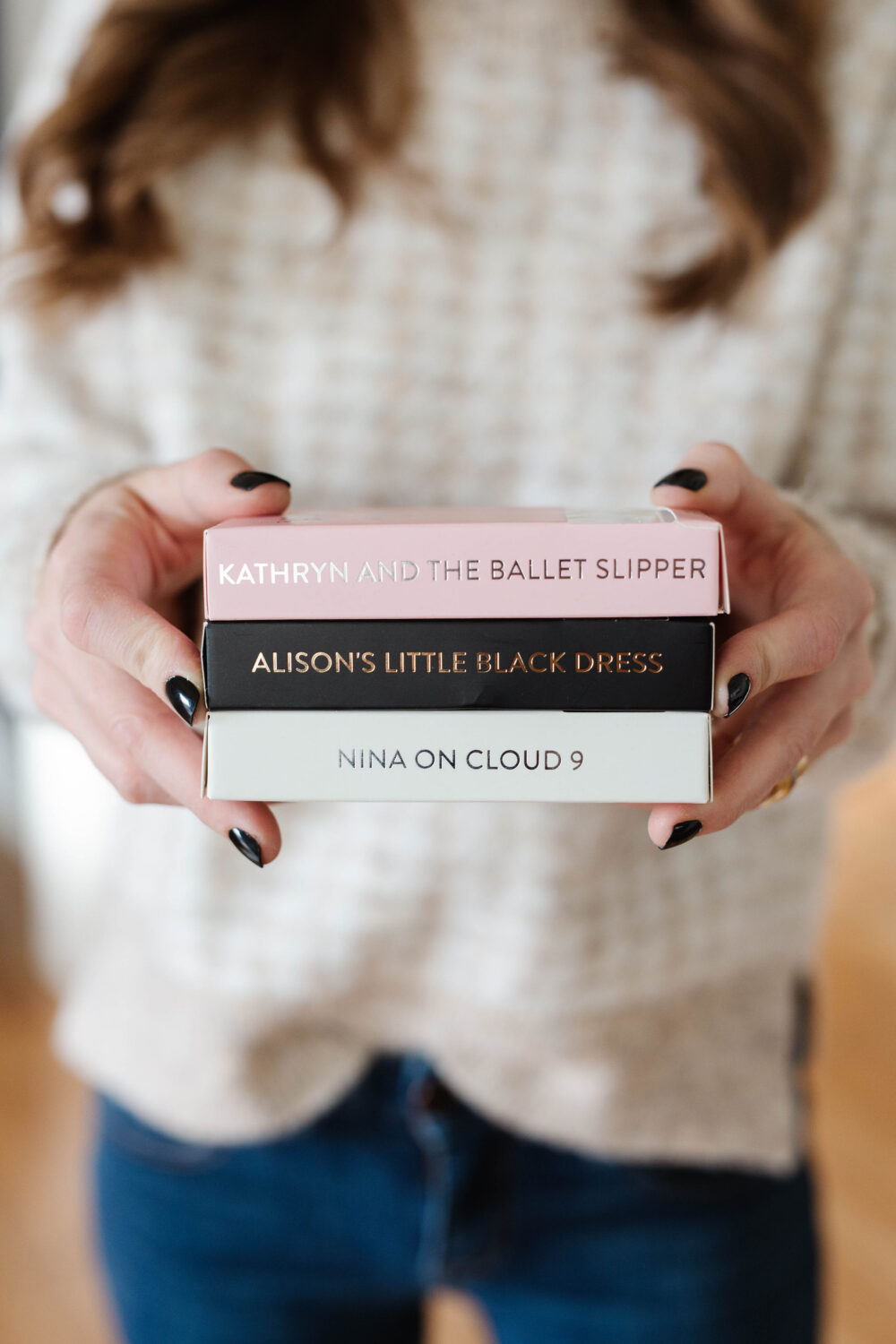 Now I’ve been using them for the last couple of months and I have to say. . . they deserve the hype.

Here’s the scoop on the Red Aspen press on nails.

First, they run between $13 and $15 a set. Compared to getting your nails done at a salon (which I do basically never), this is a steal of a deal.

Plus you don’t have to leave your house or worry about tipping. 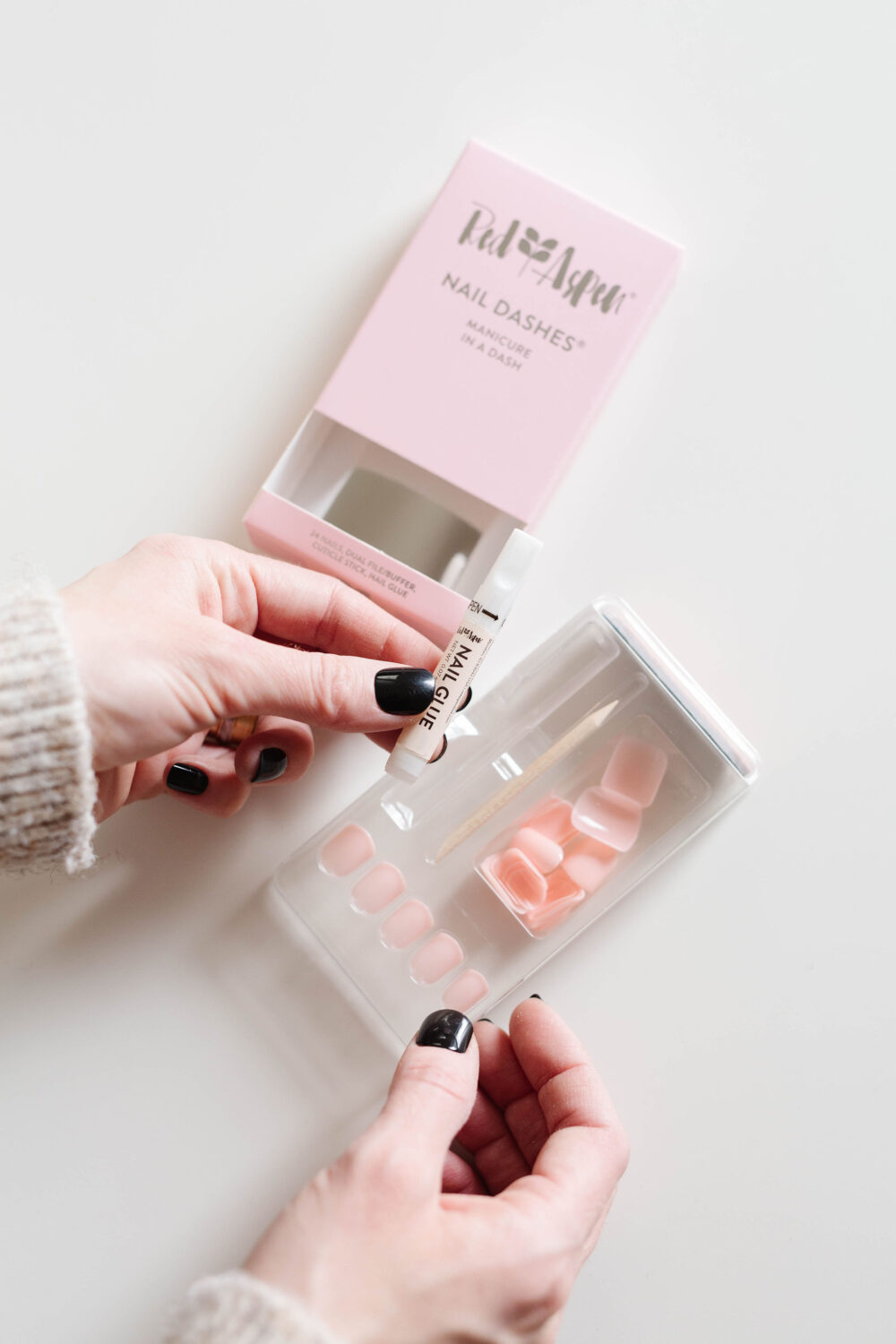 I like these press on nails so much more than any nail products I’ve ever used before for several reasons:

How to apply press on nails

There’s definitely a bit of a learning curve for applying press on nails, but after the first set, I can now put on a set in about 15 minutes.

The Red Aspen press on nails come with everything you need included in each kit (except nail clippers). 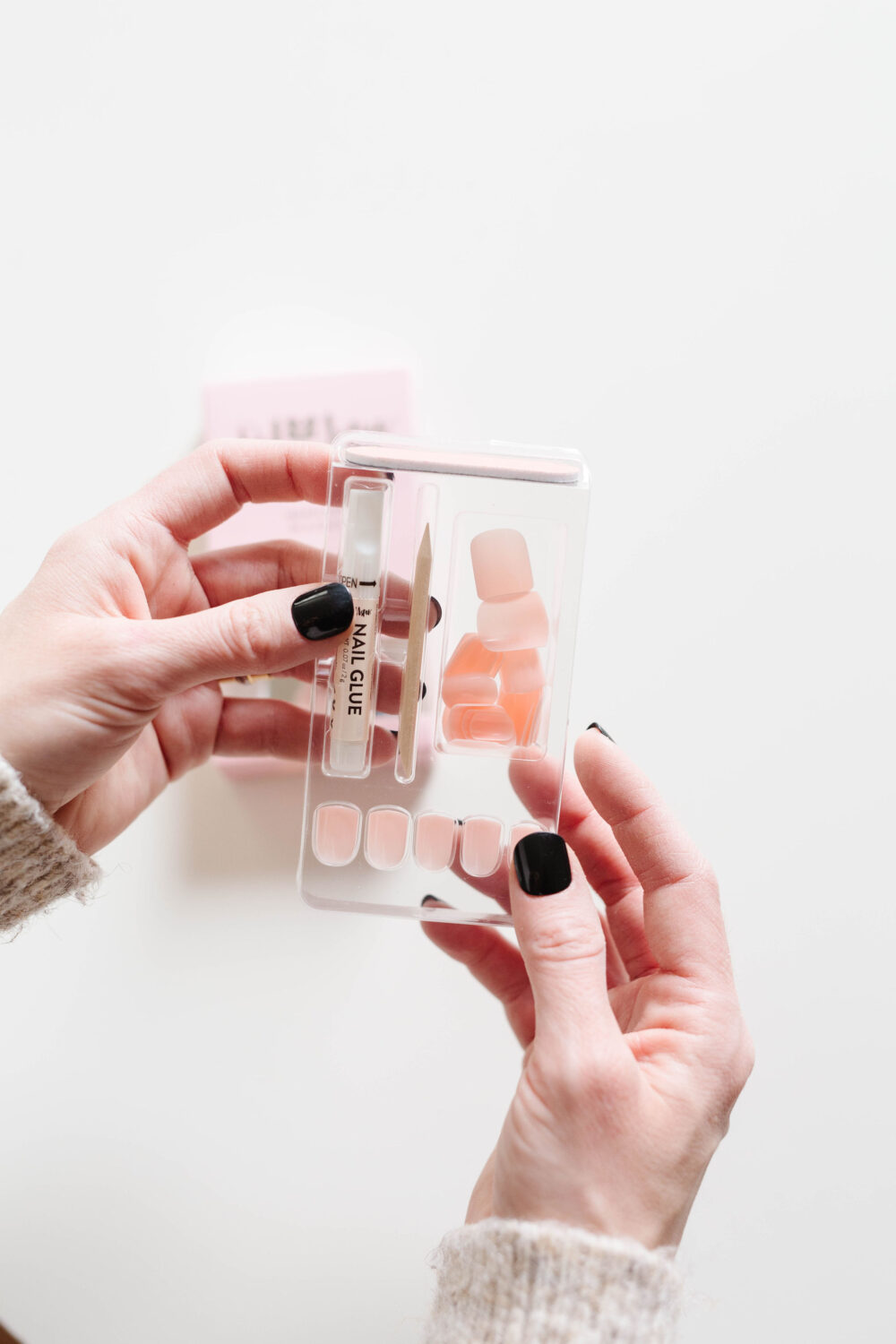 There is a two-sided file, a ton of nails, nail glue, and a cuticle pusher.

I push down my cuticles and then choose press on nails for each nail and lay them out in front of me.

I trim with nail clippers any that feel too long to me and then I file them so they’re smooth along the top edge. (This is the part that takes the longest – without this, I could do the whole thing in about 4 minutes, but even the short ones are too long for me to wear comfortably without trimming them down).

Then I put a dot of glue on the back of the press on nail and another dot of glue on my real nail and press the nail on, putting pressure on the cuticle edge, for about 15 seconds until it’s secure. 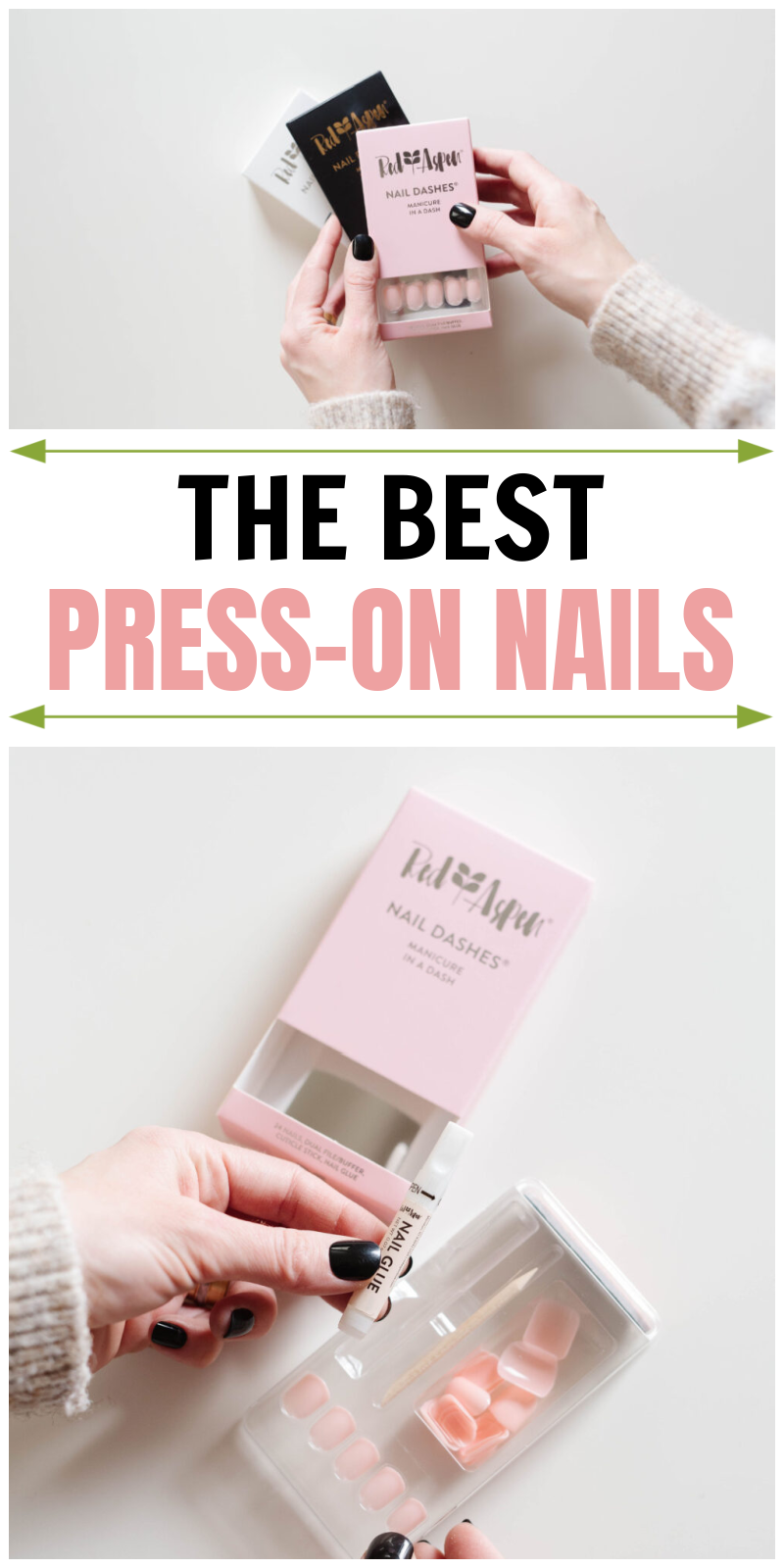 Some frequently asked questions about press on nails

The most frequently asked question about these press on nails is “Do they damage your real nails?”

It’s going to differ depending on your own nails and how you use them, but for me, the damage has been minimal.

I’ve done gel nails twice in my life and they absolutely DESTROYED my real nails. I don’t plan to ever do them again – a few weeks of great looking nails doesn’t make up for 3-4 months of trying to get my regular nails back in decent shape.

I also can only paint my nails maybe twice before they start to get pretty damaged.

And nail stickers? Those things also wreak havoc on my real nails.

The press on nails do the least damage of any of these things to my nails. 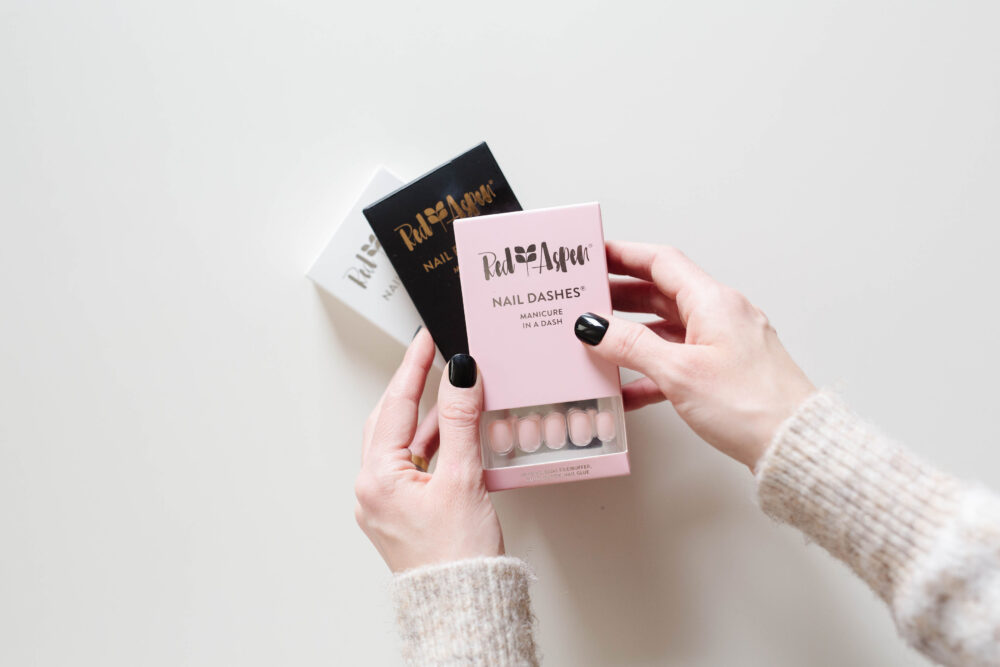 Here are the things I do to prevent damage from press on nails: 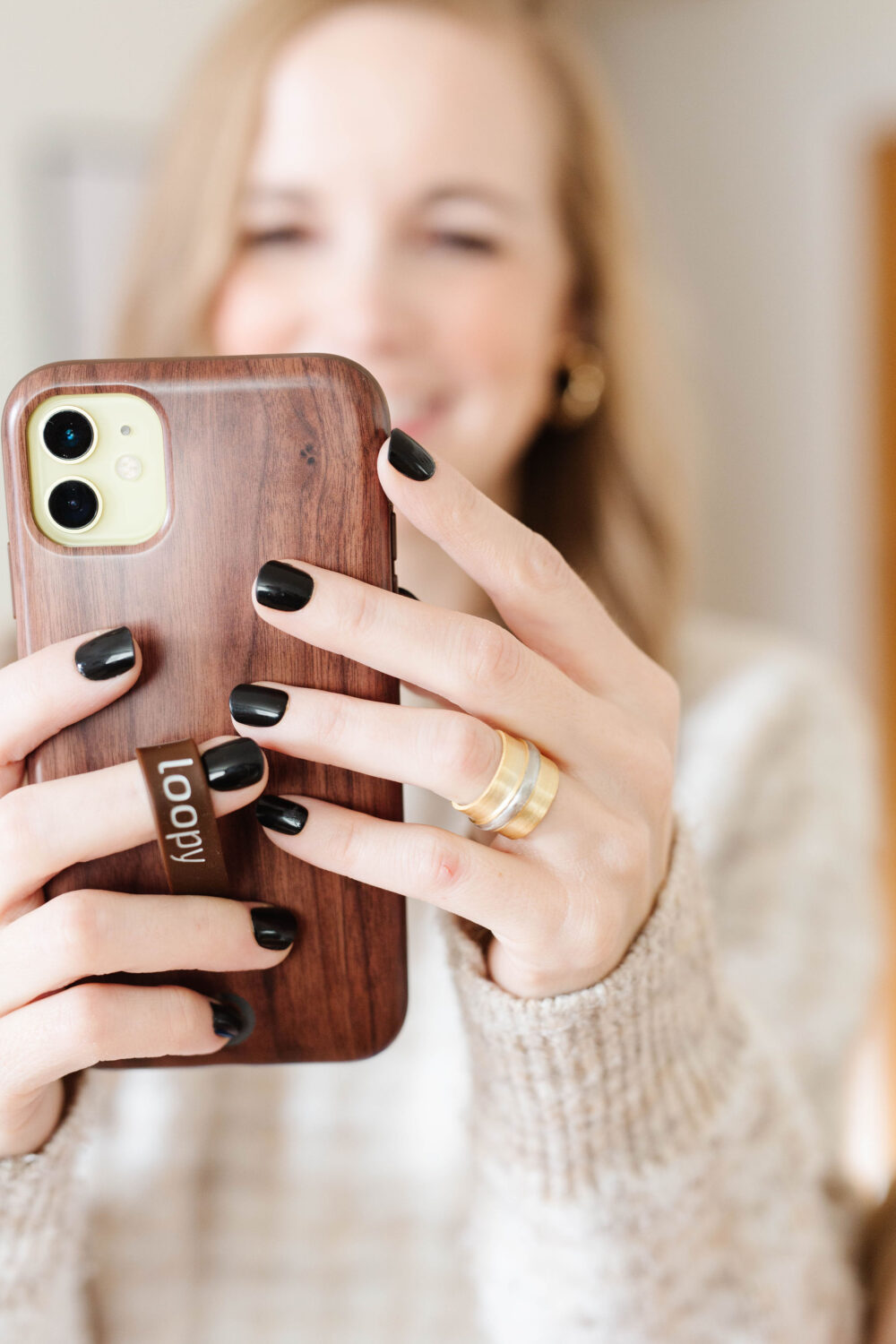 I’ve also had a lot of people ask if they’re reusable and while I’ve seen some people say yes, my answer is definitely no.

By the time you’ve worn them for 10-14 days, they’ve got lots of glue on the back, the edges are getting a little worn and I think they’re not really in a condition where you’d want to take them all off and then put them back on. Obviously, you do you, but I haven’t reused any of my sets.

Also, I don’t feel like there are enough nails in a set to do your nails twice. There are a lot of extras, but there definitely are 10 additional ones in the sizes I need. Most of my leftover ones are much too big and don’t fit on any of my nails.

Any other questions about Red Aspen press on nails? I’m no expert but happy to answer if I can! 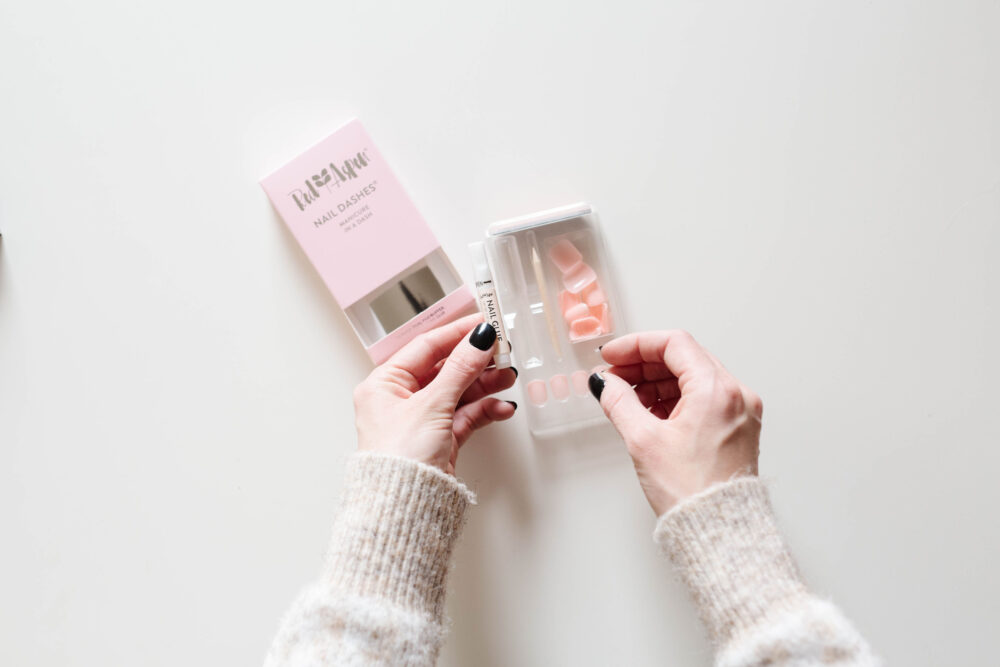