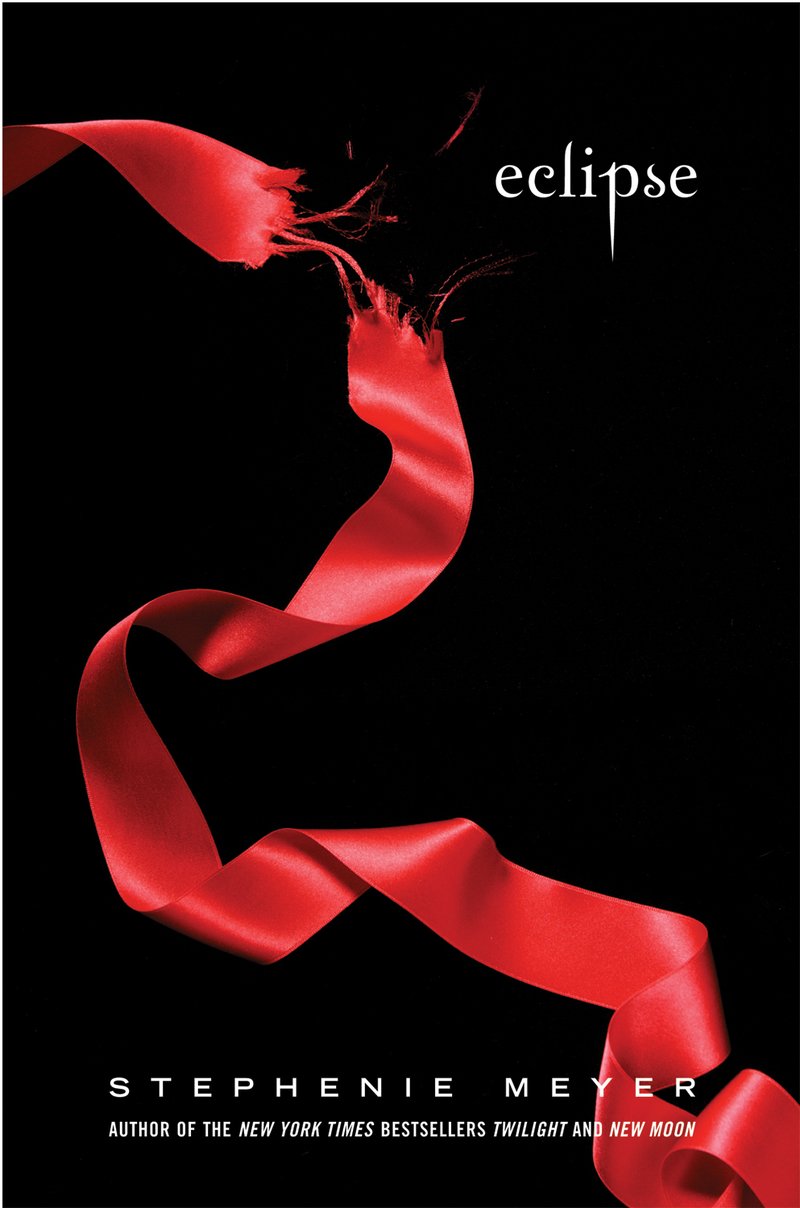 So, apparently not all people think the same way I do (this is a bit of a shock to me). Some people do not love Twilight and New Moon; they think the writing is poor, the characters are flat, the storyline is trite, etc., etc. I admit, in the six months between reading Twilight and New Moon, I started to doubt the enthusiastic and rave reviews I gave them in January and February. Maybe they weren’t really that good. Maybe I was just a little drone, reading whatever the NYTimes bestseller list told me to. By the time Eclipse by Stephenie Meyer was released, I hardly cared.

Then my friend, the one who lent me the first two books, offered me her copy of Eclipse. And within ten minutes I was sucked back in. And now I will tell you this: I do not care if you don’t like these books. I recognize that they are not the best books ever written. I cannot tell you what exactly I find so addicting about them. But I will not be embarrassed that I like them. I will enjoy them. And I will tell you about them. And I will feel sad for you if you cannot enjoy them.

Also, I think Eclipse is the best of the bunch.

Eclipse by Stephenie Meyer picks up just shortly after New Moon ends. Bella is still a human and still dating Edward. And she is still determined that, come graduation, Edward will turn her into a vampire. Unfortunately, Edward has told her that he will not change her until they are married; Bella can’t stand this idea, seeing as it will get her married at 18, which she doesn’t care for at all. The thought of having to tell her parents and friends that she is getting married right out of high school, rather than going to college, does not appeal to her in the slightest. But Edward is resolute (he’s also fond of this plan because it is so distasteful to Bella; he wants her to postpone the change as long as possible, perhaps graduate from college first. He’s in no hurry, of course, seeing as he’s immortal and not exactly going anywhere). Bella is determined to change quickly because not only does she dislike growing older than Edward (she is, by now, already a year older than him), but because both the Volturi and Victoria are after her. The Volturi insist she be made a vampire because she knows about the vampire world, and Victoria wants her dead to get revenge on Edward who killed her partner, James, in the first book. So there’s quite a lot of pressure in every direction.

Worst of all, Jacob, who became her closest friend when Edward left, will have nothing to do with her now, since she is associating with vampires. He is a werewolf, after all, and their primary job is to destroy vampires. So that relationships is obviously a bit strained these days, to say the least, although Bella misses him terribly. Edward won’t let her near Jacob either, as he doesn’t trust the werewolves at all. Despite having the love of her life back at her side, life is a bit grim for Bella.

Bella is also grounded indefinitely because Jacob told her dad about the motorcycle she was riding. Her dad adores Jacob and doesn’t care for Edward at all, so he’s always on her case to repair that relationship. One night, while Edward is out hunting, Bella can’t stand the long silence between her and Jacob any longer and asks her dad if she can go visit him. He agrees and Bella goes to her car, which doesn’t work. Edward has removed the motor (or something) because his sister, Alice, who can see the future, suddenly sees Bella’s future disappear. Apparently, she can’t see the werewolves at all, so when Bella’s future is tied up with theirs, her future disappears as well.

But, now that she’s bent on seeing Jacob, she won’t be thwarted. She makes up her mind suddenly one day and takes off to La Push (the reservation that Jacob lives on). The vampires can’t cross the line because of a treaty they’ve made with the werewolves, so once she crosses the line, she can stay as long as she’d like (which is quite long because she knows how furious Edward will be when he finds out). After a second successful visit (in which Jacob picks her up at school, knowing the vampires can’t see HIS choices), Edward gives in, agreeing that a pack of werewolves can probably protect Bella if the need arrives.

So they are friends again and Jacob, to no one’s surprise (least of all the mind-reading Edward), confesses his love for Bella and tells her to dump Edward and be with him instead. Bella flat out refuses him (when he kisses her, she punches him and breaks her hand, which thoroughly amused me).

I didn’t much care for Jacob in the last book. He was just a page-filler to me; I wanted Edward to come back. But this book? I was pretty torn – I still (two weeks after finishing the book) can’t quite decide who I want her to end up with. One blog I read said this book made her firmly a Team Edward fan. But I went the other way; my devotion to Edward has wavered. I would probably be happiest if she picked Jacob. He was just so fantastic in this book.

Anyway, when some of Bella’s personal items (her pillow, a sweatshirt, etc.) go missing from her room, Edward fears a vampire is out to get her. Alice has been watching Victoria and the Volturi and haven’t seen any signs of them coming for Bella, so they’re sort of at a loss. Eventually, they discover that a HUGE group of vampires (20+) are coming and they decide to team up with their mortal enemies, the werewolves. Dun, dun, dun. . .

I didn’t think the main climax/fight scene in Eclipse by Stephenie Meyer was as tense or nerve-wracking as the last two books. When it was over, I was a bit surprised that that was it. But I didn’t care, really, because I think the character development in this book is far superior to the other books; it really was just a better book.

So, I loved it. I may have even cried a little at the end, although I can neither confirm nor deny that. And I will be very excited when the last book, Breaking Dawn, comes out next year.