One of the questions I get nearly every week when I do my Sunday question box is some variation on “how are you so confident?” or “how are you helping your children to be confident?”

There are probably a million answers to this question and I’m certainly no expert (so this tip is worth what you’re paying for it) but here’s one thing I’ve noticed in my life and also in my girls’ lives.

I think most of us want to feel confident BEFORE we start something new.

And in my experience, that’s not how confidence works.

We want to feel confident about skiing before we ever put on a helmet and a pair of ski boots, but the thing that’s going to give us confidence is skiing is DOING it and struggling through the hard, beginning part. After one ski lesson, you’ll feel a little more confident. And after a year or two of skiing, you’ll feel a LOT more confident. 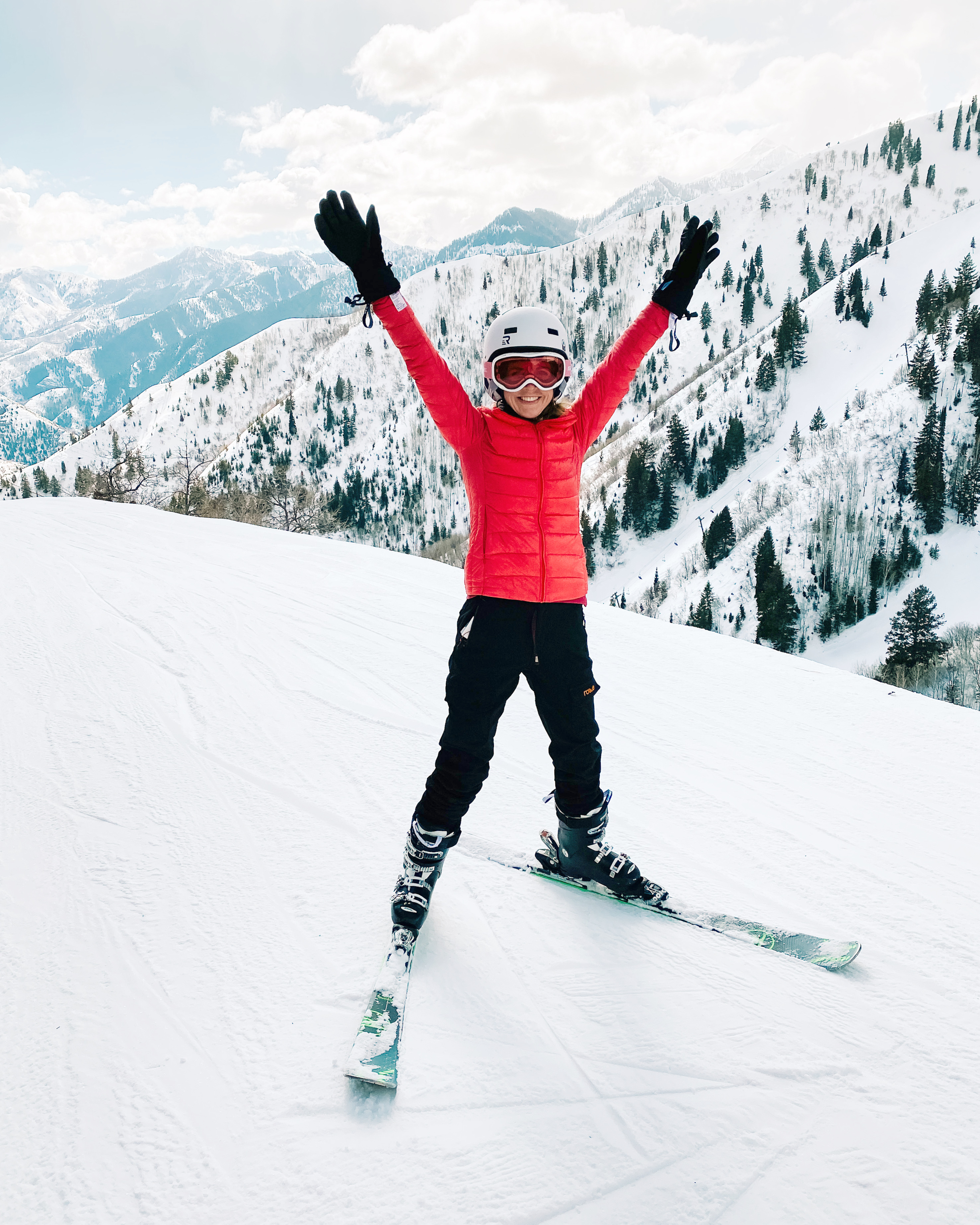 But it’s going to be almost impossible to feel confident BEFORE you begin.

Last summer, when Bart’s uncle invited me to come to Lake Powell with him and some of Bart’s cousins for the weekend, I was very anxious about learning to wake surf.

But I remembered that I’d learned to ski that year and that, even if it took me a bit, I could probably figure out how to surf.

And guess what? I did!

And it was EXHILARATING and gave me a huge boost of confidence. 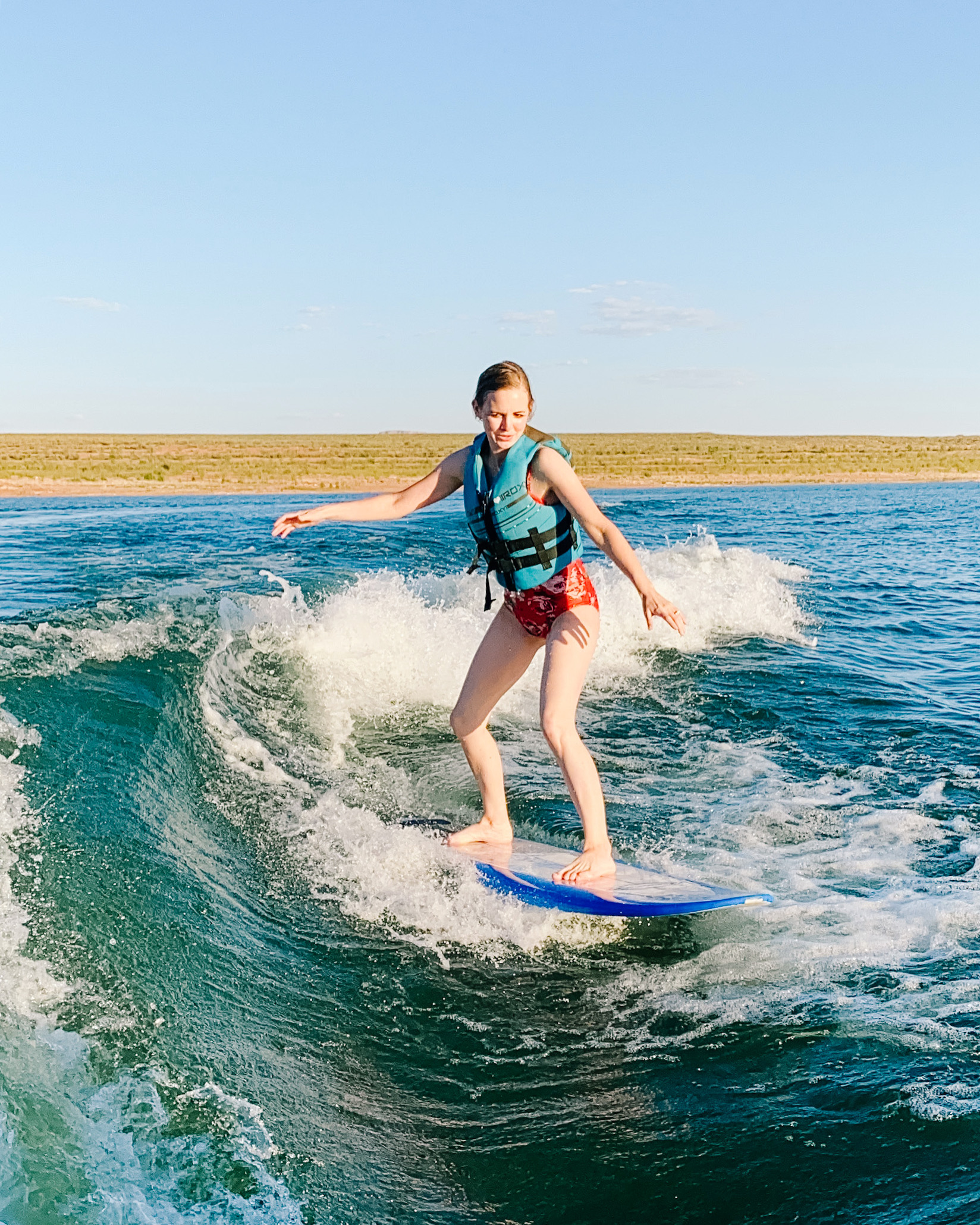 The first time you try to nurse a baby, it might feel absolutely impossible. Six months later, it’s probably something you hardly think about (and you probably don’t need a spouse and two nurses plus three pillows to make it happen). You gained that confidence by DOING.

On the flip side, the great thing about confidence is that you can build it in other areas that carries over into new areas.

So if you’ve learned to play soccer even though it was unknown and intimidating at first, you’ll probably feel a lot more confidence about your ability to learn pickleball, because you’ve already developed some confidence that you can learn a new sport.

Or you might fly on an airplane for the first time and that confidence helps you feel brave enough to start a blog or buy a house or try a new food.

For me, one of the things I try to do to increase my confidence is to continue to try new things and learn new skills.

The first time I did a road trip with my kids alone? Very intimidating. Now? Not a big deal at all, even with four times as many kids to deal with than on my first one.

The thought of learning to ski in my 30s made me want to throw up, but after doing a season of ski lessons, not only do I feel much more confident on the slopes, but I feel MUCH more willingness to try a new sport.

The first time I did InstaStories, I felt so dumb and awkward. The second time was only a little better. Now, several years later, they feel like second nature because I’ve developed lots of confidence by DOING them. I was never going to feel confidence about doing InstaStories BEFORE I did them.

The same goes for my girls.

They’re developing confidence by doing things that earns them that confidence. 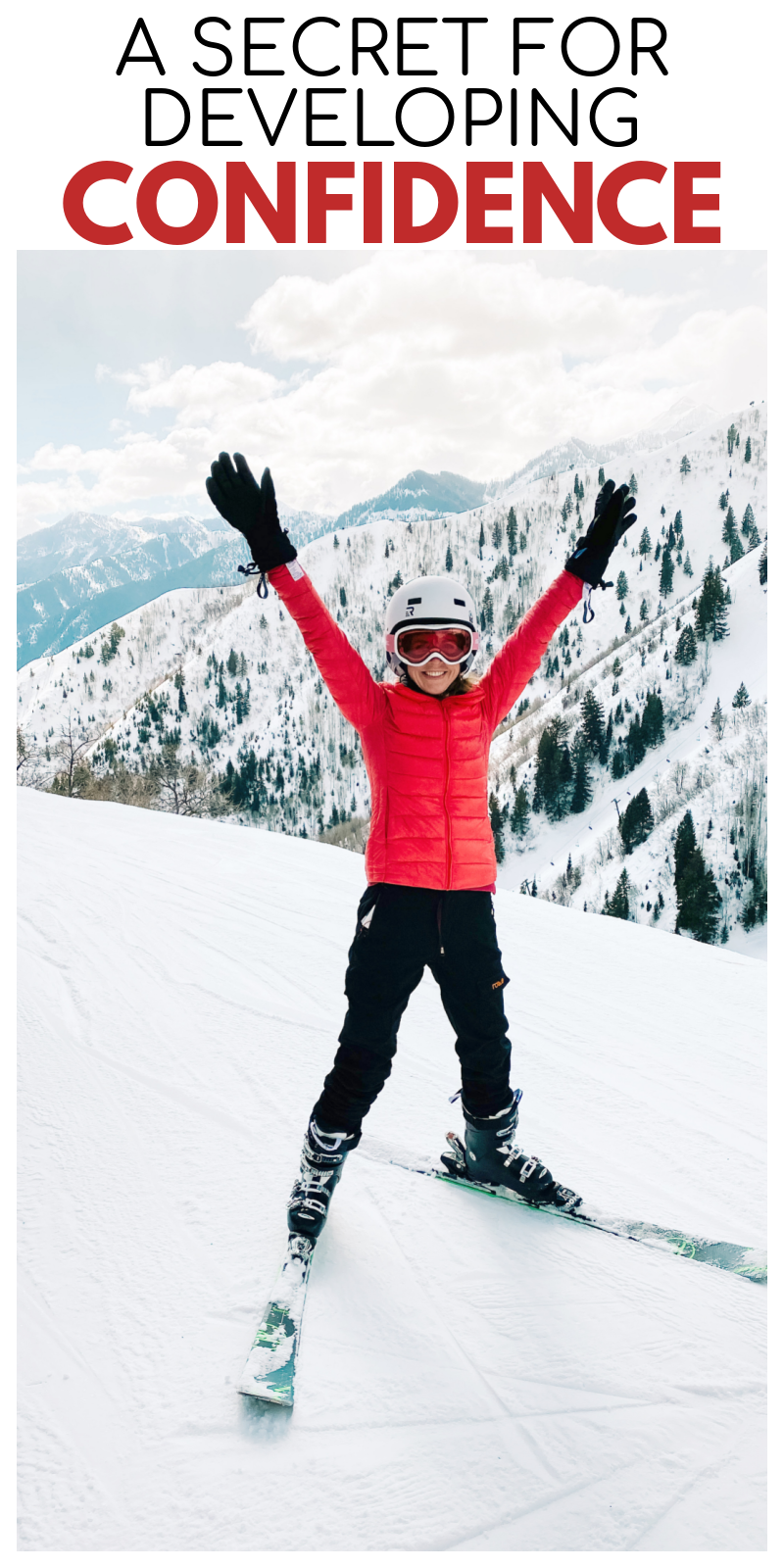 When we put Ella into a Mandarin Chinese immersion program two years late, it was definitely scary for Ella to go into a class with 25 other kids who had been learning this language for the past two years while she didn’t know a single word.

But as she kept working at it in school and with a tutor, she eventually caught up and then became one of the best Mandarin speakers in her class.

Do you think that gave her confidence in her abilities to learn new things and develop new skills? You BET.

The same thing has happened as my girls learn to read, cook, swim, take an airplane ride solo, ice skate, attend school, make their beds, or a million other things.

They now have a huge bank of experiences to give them confidence that they can try and succeed in new areas.

They know it’ll feel scary or difficult beforehand AND they know that when they’ve gone ahead anyway, that confidence is on the other side.

We all want confidence BEFORE we start something new, but the truth is most of the time, we’re going to have to jump into something new and the confidence will come AFTER we’ve made the scary jump into the unknown.

If you have tips for developing confidence or helping your children develop confidence, I’d love to hear!