Earlier this summer, Ani flew home from Las Vegas after her first year at Grancie Camp (all about this annual grandparents camp my parents do here).

Not only was it her first time at Grancie Camp, it was also her first experience flying as an unaccompanied minor. 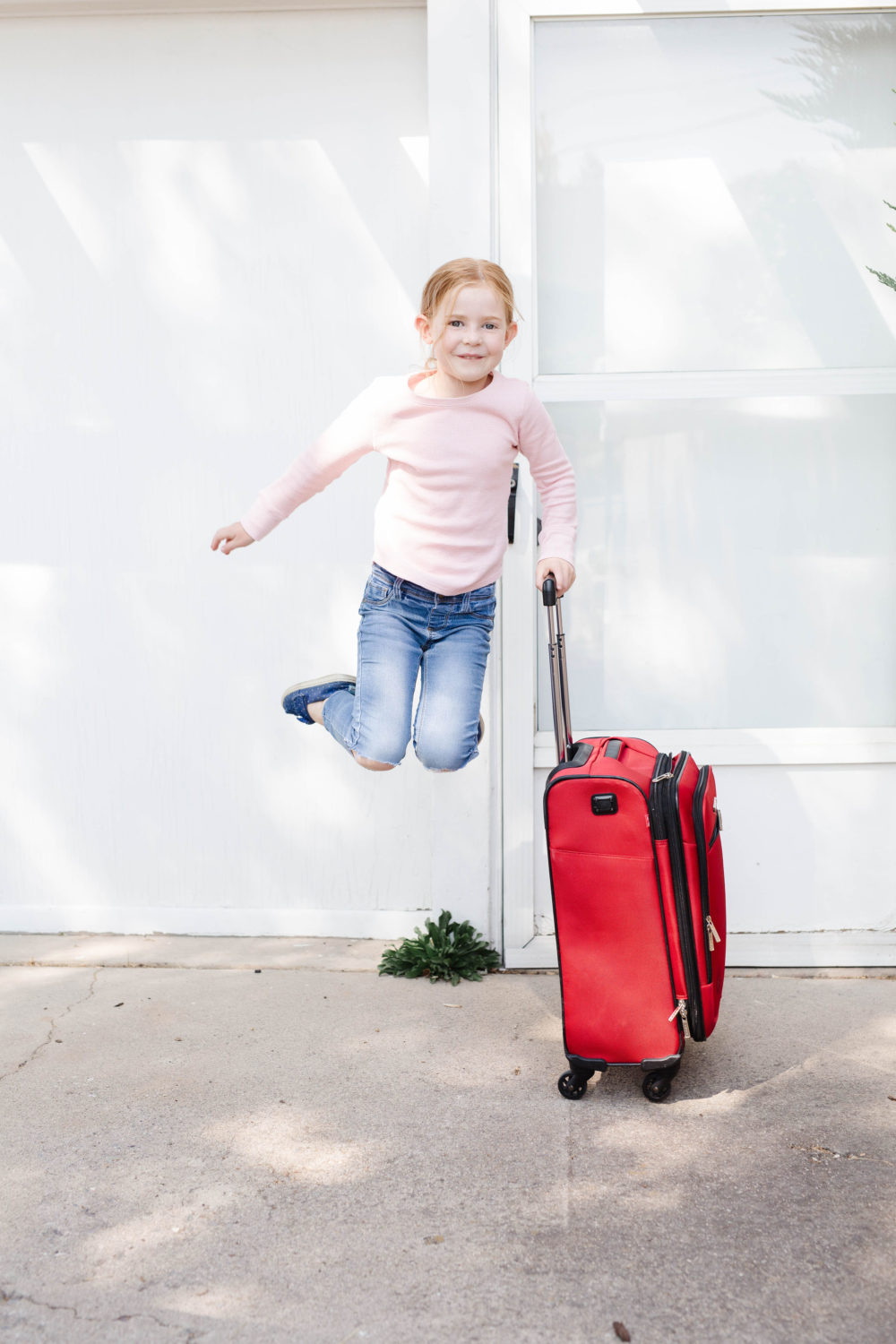 Ella took her first flight as an unaccompanied minor back in 2017 and has flown to and from Grancie Camp every year since then (except this year – my parents did Grancie Camp for the two oldest grandchildren in Brianhead this year which is a tiny ski resort town with no airport so Bart drove her down and our whole family drove the three hours to pick her up at the end).

At this point, she’s a pro at flying as an unaccompanied minor and, frankly, the solo flight is one of her favorite parts of Grancie Camp each year.

The first year she went, I got many questions about whether she was nervous about flying alone and to be honest, I don’t think it even occurred to her to be nervous. Actually, her first response to the news that she’d be flying alone was, “Does that mean I’ll get to drink as much soda as I want?”

Of course, Ani was overjoyed this year when she finally got her own chance to fly as an unaccompanied minor.

If you’re considering sending your child on a flight as an unaccompanied minor, here are some things to know.

(P.S. As far as COVID goes, not much changes except that they need to wear a mask in the airport and throughout the flight. On Southwest, they’re currently keeping the middle seat open unless you’re flying as a group and then your party can sit together, including in the middle seats). 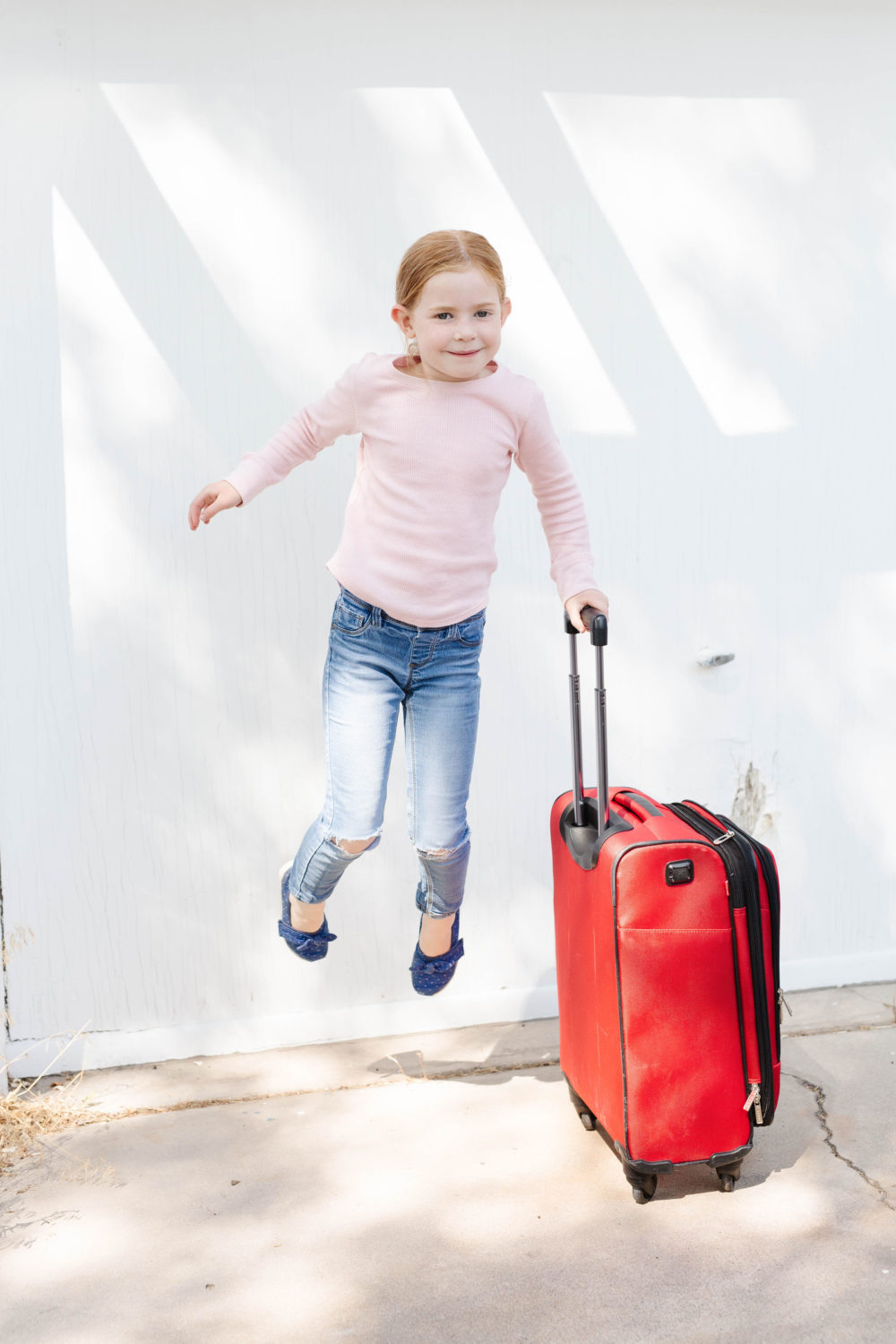 The number one thing to know about unaccompanied minors is that every airline handles it slightly differently, so you’ll want to check your airline specifically to find out the rules.

How old does my child have to be to fly alone?

Pretty much every airline requires that your child be at least 5 before they’ll accept them as an unaccompanied minor (some airlines will allow children to fly without a parent or adult is they have an older sibling or other person with them – the ages for that vary from 12-16 depending on the airline).

How much does it cost for an unaccompanied minor to fly?

On top of the regular ticket flight, you’ll also pay an unaccompanied minor fee. We’ve always used Southwest where the fee is only $50 per flight (so $100 round trip), compared to Delta which is $150 each way (although it applies to up to four children, so if you’re sending multiple children, it could be cheaper than Southwest). Once your child is somewhere between 12 and 15 – again, depends on the airline – they can fly as a standard passenger with no extra fees (and also not the supervision that unaccompanied minors get).

Does it have to be a non-stop flight?

For Southwest, yes (for Delta, they can do some connecting flights once they are 8). And In fact, before COVID hit, Grancie Camp was going to be in St. Louis this summer and there were literally no non-stop flights to St. Louis so we had booked flights for Ella to fly to Las Vegas as an unaccompanied minor, stay the night with my parents and then fly with them (now no longer unaccompanied) to St. Louis. Then she’d fly back to Vegas with them and fly alone back to Salt Lake City.

How does the unaccompanied minors system experience work from start to finish?

When you buy your child’s plane ticket and put in their birthdate, Southwest (and I assume other airlines) will verify automatically that your child is flying as an unaccompanied minor and add the necessary fees and also have you put in the information about who is dropping them off at the airport and who is picking them up (you usually can put two options for each, so I always put Bart and myself as the drop-off people and both of my parents as options for the pick-up people).

On the day of the flight, you go to the airport with your child, check in at the desk and they’ll give you (and any other small children you might have brought with you) a guest pass so you can go all the way to the gate. You can check your child’s bag if you wish or have them take it as a carry-on if it’s small. Your child will get their boarding pass plus a lanyard with all their information in it.

You go through security as normal and when you get to the gate, check in at the desk and let them know you have an unaccompanied minor. They’ll be the first ones to board the plane and they’ll have a flight attendant assigned to keep an eye on them (although that flight attendant will NOT be with them for the duration of the flight – they’ll just check on them periodically).

The airlines ask that you stay at the gate until the plane is in the air, in case of delays or any other changes (in 2018, the plane Ella was on had an issue with the door and they ended up deplaning everyone and switching to a new plane which took nearly two hours, so I was certainly glad my mom was still sitting at the gate even after Ella had boarded the plane).

Once they land at the destination, the flight attendant will bring them off the plane and keep them at the gate until the designated pick up person arrives (you want them to be there nice and early so there’s no stress or worry about it. . . my parents usually come at least 45 minutes before the flight is scheduled to land and they’ve never not been there the moment the plane lands. They’ll also need to check in at the airport to get a gate pass to go through security and be at the gate when the plane lands). The flight attendant will check the ID of the person picking them up to make sure it matches and then your child is on their way! 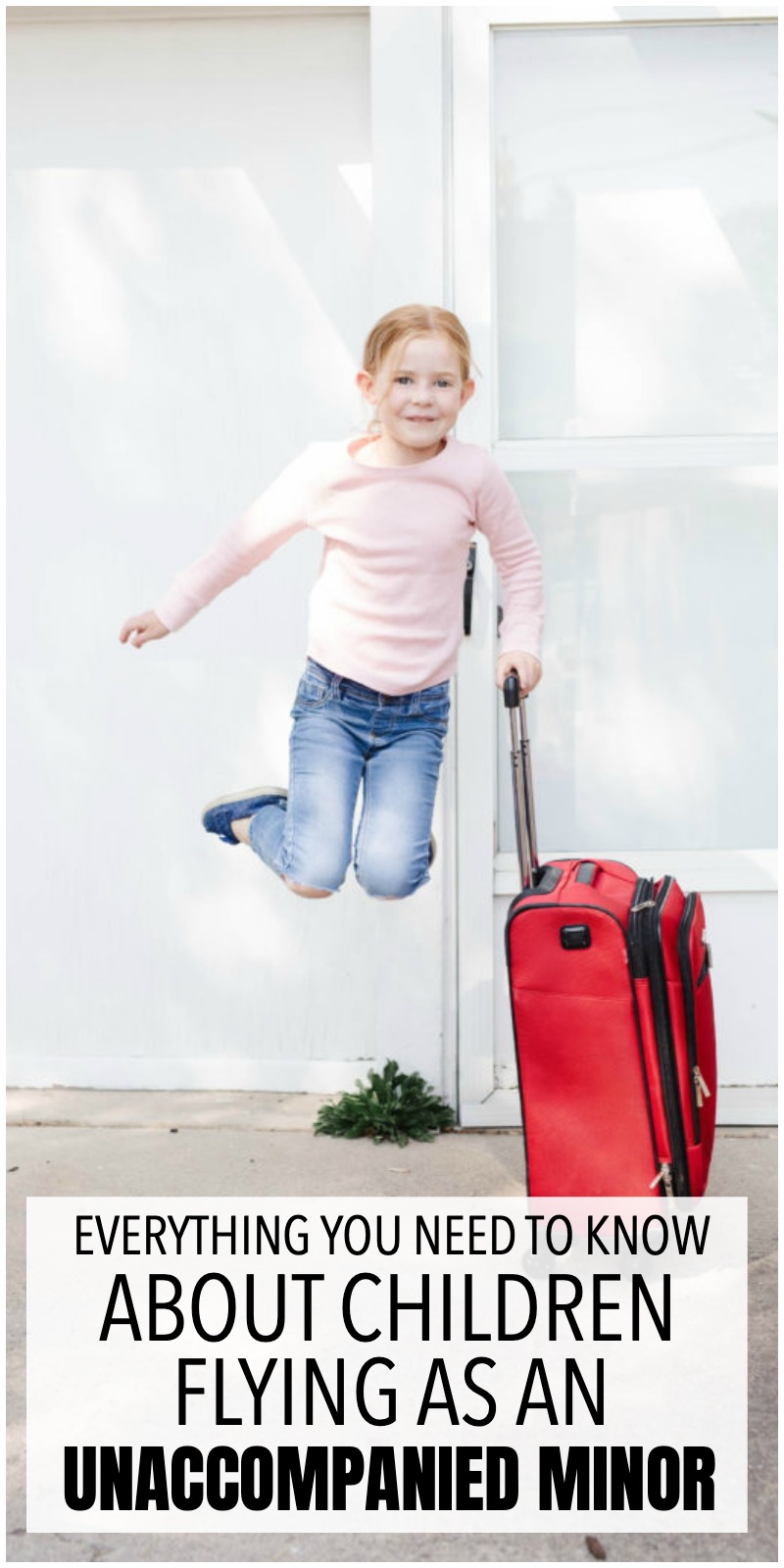 What did you do to prep your kids for flying alone?

To be honest, very little. They’ve flown with us before, so they know what the basic routine of flying is like, and there’s not much they have to do on their own – you walk them all the way to the gate, the flight attendant walks them to their seat and is available if your child needs help, and then when the plane lands, the flight attendant walks them up to the gate where a grandparent is waiting for them.

Do you send them with a phone or snacks?

They don’t have a phone with them when they fly and I don’t worry about snacks since Southwest serves snacks and drinks on the flight and they’re pretty short flights anyway. They usually have a book or two, plus a tablet so they can keep themselves entertained on the flight. Ani took her blanket on her first flight this year – she just loves it so much and hates to be without it.

What if they need to go to the bathroom on the flight?

They can ask the flight attendant to walk them to the bathroom if needed or point out where it is, but at seven, they’re plenty capable of going to and from a bathroom on their own.

Is it worth the extra cost?

Obviously, I’d love it if there were no unaccompanied minor fees, but I view Grancie Camp as a truly priceless experience for them, so paying an extra $100 for them to attend feels like a very small price to pay. Plus, I’m glad not to have to drive a total of 24 hours to get them there and back. And, I LOVE that they feel confident doing such a grown-up thing on their own.

How do you deal with the fear and “what if”s of letting your child fly alone?

This was by FAR the most asked question and I totally get that it’s scary to put your young child on a plane and let them fly on their own.

I’m not a huge worrier by nature and I’ve worked hard as an adult to not let fear guide my decisions (I don’t like risk and my impulse is to avoid it as much as possible).

My parents are offering my children an incredible and special gift with annual Grancie Camp and not allowing them to attend because I’m too scared to let them fly there (in a way that is truly very low risk) feels a little bit selfish to me.

I would never want my children to miss out on amazing opportunities because of fear, and I see my job as modeling the same kind of bravery I want them to exhibit in their own lives.

The more times you push past fear, the better you get at it, and the more you lean into the fear, the stronger those fears usually become. I want for both myself and my children to build up those confidence and bravery muscles and learn to not let fear govern our lives. There’s no guarantee of safety or health or life for any of us, even staying home in bed.

And I LOVE that my girls are getting the chance to feel competent and capable and to recognize that they can deal with any little hiccups that might happen on their flight (although Ella is still annoyed that turbulence canceled the drink and snack service on her flight in 2018). Those are super valuable life skills that I deeply want for all my children.

All of that said, do I breathe a little sigh of relief every time they’re safely on the ground and back with my parents or our family? ABSOLUTELY yes.

Any other questions about unaccompanied minors? I’m happy to answer!

If you liked this flight about flying as an unaccompanied minor, you might like these posts too: