A week after I moved to Utah, a friend reached out and asked if I wanted to join her children’s literature book club.

It took me one half second to respond YES.

It’s a really great group of women of all ages and they are SERIOUS readers. Truly, I’m probably the least well-read of any of the group.

They know every book that has come out in recent months, they read at a rate I can only begin to dream of, and they go to every literary event in Utah. I come home every month with a huge list of new books to check out from the library.

I LOVE it so much.

Here’s what our 2019 lineup of children’s literature looked like. 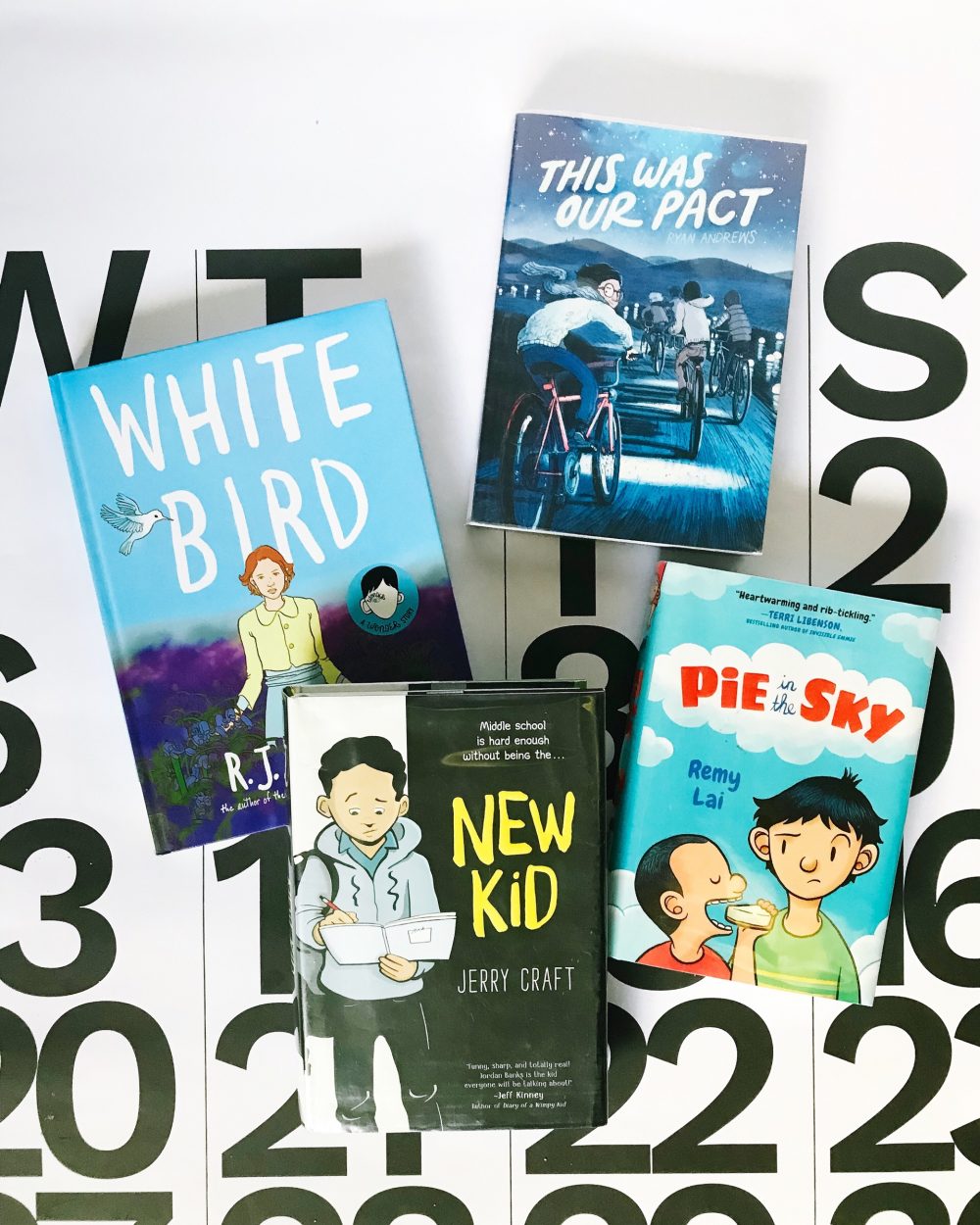 For January, we read middle grade novels that were getting Newbery buzz.
Our main book to discuss was
The Miscalculations of Lightning Girl by Stacy McAnulty
Secondary books to discuss were:
Harbor Me by Jaqueline Woodson
Louisiana’s Way Home by Kate DiCamillo
The Book of Boy by Catherine Gilbert Murdock
The War Outside by Monica Hesse
Front Desk by Kelly Yang
Rebound by Kwame Alexander
Sweep by Jonathan Auxier
The Journey of Little Charlie by Christopher Paul Curtis
Amal Unbound by Aisha Saeed
The Parker Inheritance by Varian Johnson
Hey, Kiddo by Jarrett J. Krosoczka

For February, we read the 7 finalists for the 2018 Cybils Award poetry category:
Can I Touch Your Hair?: Poems of Race, Mistakes, and Friendship by Irene Latham and Charles Waters
H is for Haiku: A Treasury of Haiku from A to Z by Sydell Rosenberg
In the Past: From Trilobites to Dinosaurs to Mammoths in more than 500 Million Years by David Elliot
Long Way Down by Jason Reynolds
Mary’s Monster: Love, Madness, and how Mary Shelley Created Frankenstein by Lita Judge
The Poet X by Elizabeth Acevedo
Traveling the Blue Road: Poems of the Sea edited by Lee Bennett Hopkins

For March, we read the newest Newbery winner (which hadn’t been on our list in January for books getting Newbery buzz), plus one other complementary title.

In April, we did an author study for Sharon Draper.

The primary book was:
Blended

Secondary books were:
Out of My Mind
Copper Sun
Battle of Jericho
Forged by Fire

Erin Entrada Kelly was speaking at the summer’s Books for Young Readers Symposium, so we read several of her books.

Our primary book was
Blackbird Fly

Secondary books were:
Hello Universe
You Go First
The Land of Forgotten Girls

We took most of the summer off since many of us have young children or were traveling a lot, but we met one time to discuss Gary D. Schmidt’s books.

With these books as secondary reads:
The Wednesday Wars
Okay for Now
Trouble
Lizzie Bright and the Buckminster Boy
Orbiting Jupiter

With school back in swing and book club back to a regular routine, we focused on novels that had star reviews
Lovely War by Julie Berry
Line Tender by Kate Allen
Song for a Whale by Lynne Kelly
Eventown by Corey Ann Haydu
The Bridge Home by Padma Venkatraman
A Place to Belong by Cynthia Kadohata

Because of a graphic novel author event going on at our local library on the day we were scheduled to meet, we read books by the following authors and then attended the event together (I was in Korea this week so I missed it).

Queen of the Sea by Dylan Meconis
Pie in the Sky by Remi Lai
This Was Our Pact by Ryan Andrews
White Bird by R.J. Palacio
The Crossover by Kwame Alexander
New Kid by Jerry Craft

We focused on new Christmas picture books for December – we read as many as we could in advance and then also had copies of nearly all of them there to look through together or catch up on any we’d missed.

Dasher by Matt Tavares
The Crayons’ Christmas by Drew Daywalt
Last Stop on Reindeer Express by Maudie Powell-Tuck
The Great Santa Stakeout by Betsy Bird
How Winston Delivered Christmas by Alex T. Smith
A Christmas Sweater for Nina by Cecilia Heikkila
The Tree That’s Meant To Be by Yubal Zommer
Santa’s Prayer by Tom Roberts
Silent Night by Lara Hawthorne
Nativity by Cynthia Rylant
Long Ago on a Silent Night by Julie Berry
The Night of His Birth by Katherine Patterson
Ho Ho Homework by Mylisa Larsen
The Bear and the Star by Lola M. Schaefer
Santa’s Story by Will Hillenbrand
Little Robin’s Christmas by Jan Fearnley
How to Hide a Lion at Christmas by Helen Stephens
Mouse’s Christmas Gift by Mindy Baker
Santa Bruce by Ryan T. Higgins
The Gifts of the Animals by Carole Gerber
Santa Claus and the Christmas Surprise by Dorothea Lachner

And if you’re wondering if I read every book this year, the answer is a definitive no. I did my best, but I wasn’t even CLOSE most months.

Have you ever belonged to a children’s literature book club? Would you consider joining one? I’d love to know what you think! 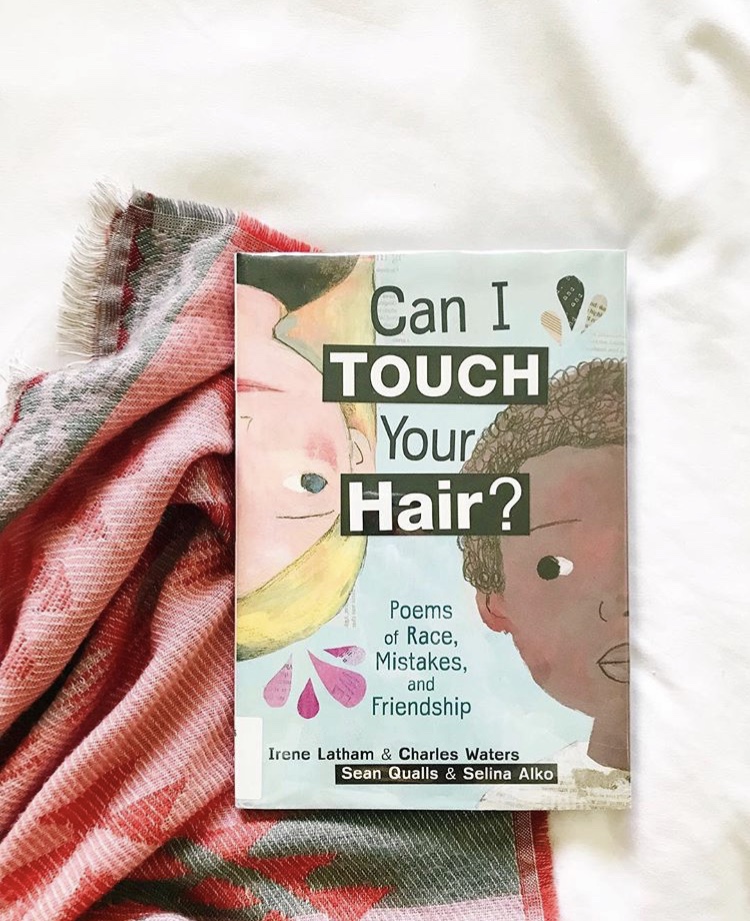 Previous Post: « Shepherd’s Pie: The recipe that changed my mind
Next Post: What My Texas Book Club Read This Year »