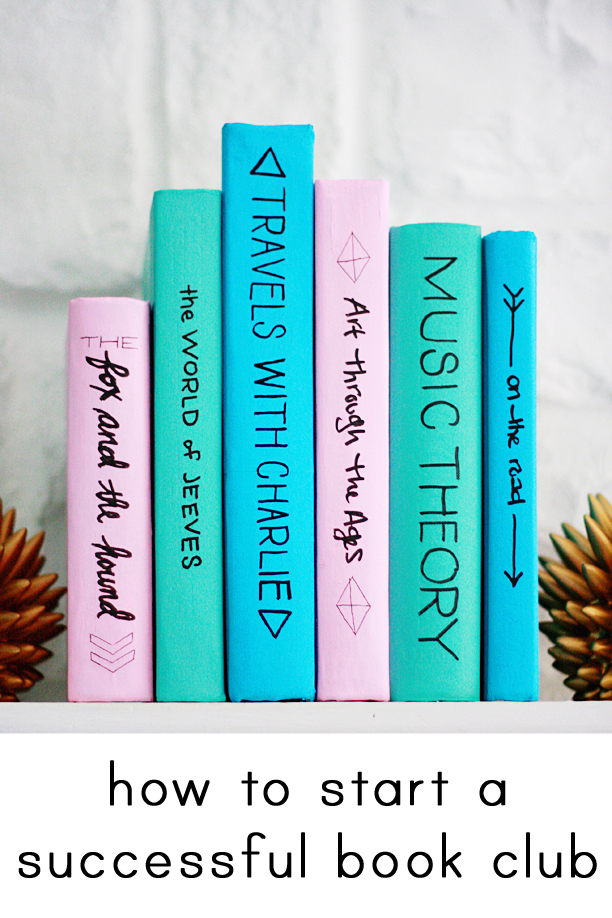 Raise your hand if you’ve ever joined a book club, dutifully read the book and showed up to find that 75% of the people hadn’t actually read any of the book, there was an obligatory 5 minutes of book discussion and then everyone sat around talking about The Bachelor and eating treats.

Yes, that’s what I thought.

Because I’ve been to about five different book clubs in multiple states that were exactly like that.

When I moved back to Texas in 2010, one of my friends invited me to join a book club. She told me, “This is not a ‘see who shows up and we read fluff and self-help’ book group; this is a “I commit to having read the book and be there every month unless I am out of town or dead.'”

I will admit, I was a little intimidated by this. Was I really ready to commit to this kind of book group?

As it turns out, yes. I loved this book club so so much and it was really one of the hardest things for me to leave behind when we left three years later.

A week or so after we moved to Arizona, a college friend of Bart’s emailed me and asked me to join her book group which is focused on reading the Great Books of the Western World. Like before, I was a little hesitant, but I committed to six months and after our first meeting last week, I’m pretty thrilled to be part of a group that is serious about reading (in fact, I was one of only two people who didn’t show up with a notebook to take notes. Time to step up my game here).

So if you’re interested in how to start a book club that isn’t one of those book clubs where no one actually read the books, here are my recommendations, which are worth exactly what you are paying for them.

how to start a book club

You might be reading all this and thinking “Whoa. . . this is pretty intense. I would never want to be in a book group with you.”

But it’s hard to get out on a regular basis and if I’m going to arrange my schedule to go to a book club, I want it to be worth my while. I always came home from book club so energized and inspired, instead of annoyed that it had wasted my evening (and occasionally a babysitter).

You probably wouldn’t join a choir or a dance group where they said “no one is really in charge and half the people don’t show up and we won’t actually sing/dance most of the time.”

I feel the same about a book club. And these book clubs are FUN. It is a bunch of vibrant, intelligent women, great books, fascinating discussions, and delicious food. Having a framework and expectations doesn’t make it less fun – it makes it far less frustrating for everyone. No one has guilt about coming without reading the book and no one is annoyed that they are the only one who dedicated time to actually reading the book and now has no one to discuss with it.

I’ve also collected a list of some of my favorite titles for book clubs to read, whether you’re looking for hefty or lighter choices.

I hope this helps on starting a book club, but if you have questions on how to start a book club, I’m happy to try to answer and I’d love to hear what’s worked for your book clubs!