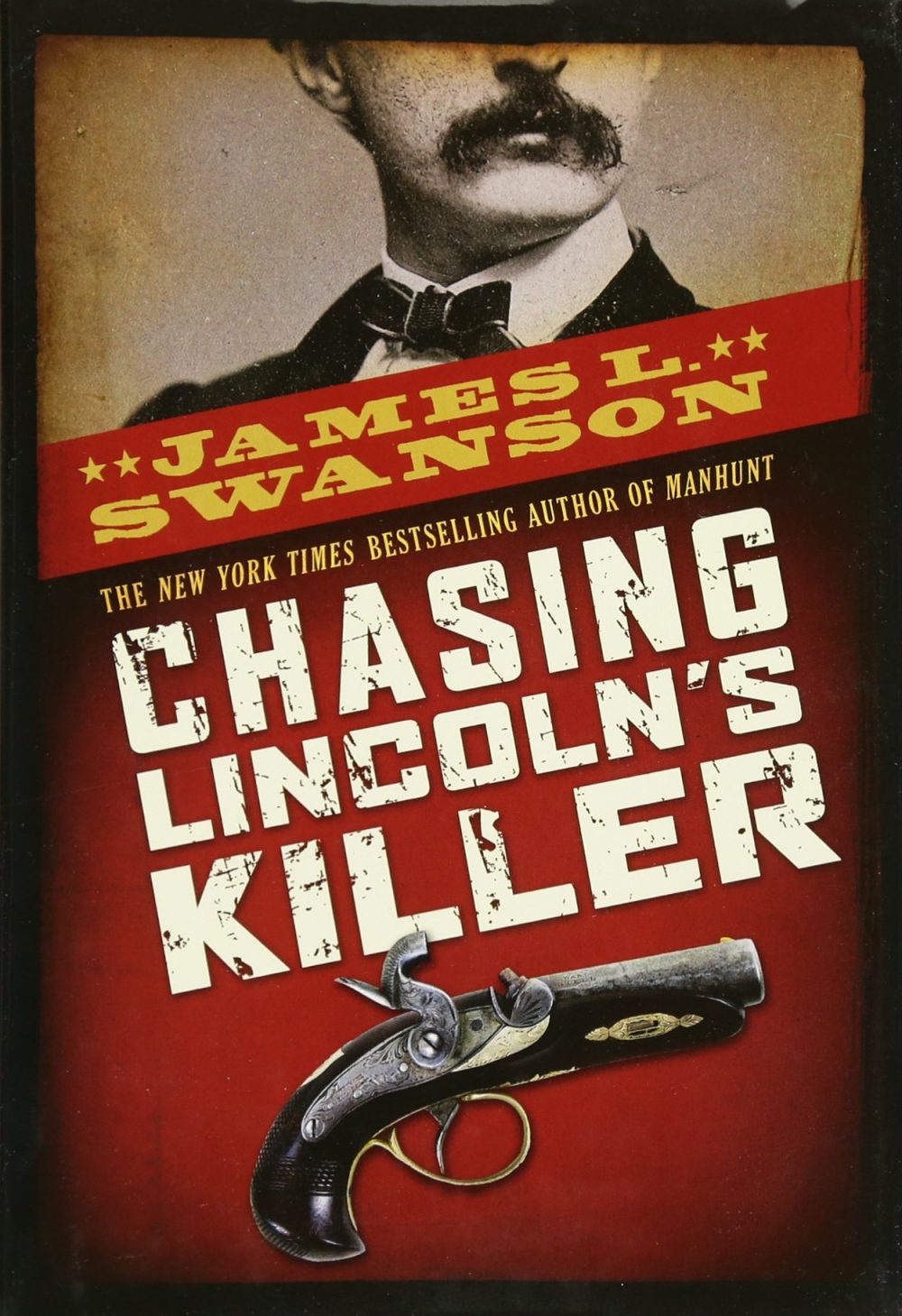 9 of 10: This is everything you want non-fiction to be; I was amazed that James Swanson could make a familiar story so gripping, but Chasing Lincoln’s Killer was just that.

A few weeks ago, at the National Book Festival, we were wandering around a bit during the second hour because there wasn’t anyone I was particularly interested in seeing. We walked by the teen tent and because my heart leaps any time there is “teen” and “book” in the same sentence, I insisted that we see who it was. A quick look at the program revealed it was James Swanson, the author of Chasing Lincoln’s Killer.

Chasing Lincoln’s Killer is something I suddenly remembered clearly since it was one of the first titles I noticed where a successful adult book was rewritten into a young adult version (the original version of this book is Manhunt: The 12-Day Chase for Lincoln’s Killer). And suddenly I remember that I had a copy of the young adult version sitting at home somewhere in the recesses of my bookcase, from TLA.

James Swanson was a terrific public speaker, and I enjoyed every bit of his presentation. Considering how many many books I have on my to-read list, it should mean something that I came home and read his book within two weeks.

The main focus of this book is really John Wilkes Booth – why he murdered Lincoln, how his plan took shape and was put into action, and then what he did for twelve days before he was caught and killed. Swanson does a good job at not demonizing Booth, but he also has very little sympathy for the assassin. In an interview, he said, “I certainly didn’t want the reader to sympathize with Booth. He was a racist, and he was a murderer. It was very important to me to write in the epilogue what I think his legacy really was.”

The book ends, “. . . we still remember Booth to this day. But he is not the hero of the story. The real hero is Abraham Lincoln and the principles for which he lived – and died: freedom and equal rights for all Americans.”

Swanson made it very clear in his speech that he deeply admires Lincoln and sees him as one of the greatest Americans who ever lived. And, as I happen to agree with him, the angle of this book appealed to me a lot.

I’ve been simultaneously listening to a book in the car, which having seen the movie trailers, I know what’s going to happen and it is almost unbearable to watch events unfold when you know the tragic way things are headed.

This book is a million times worse. You know Lincoln will die. You know John Wilkes Booth is successful in his assassination attempts. And it’s real. This really happened. There are so many moments where you hope, futilely, that something will go wrong for Booth – he’ll get the date wrong, the door will be locked, his gun will misfire, anything. And yet, of course, you know it won’t.

And, as usual, everything hinges on such small and seemingly trivial things. If only John Wilkes Booth hadn’t gone to Ford’s Theater that day to pick up his mail and heard that the Lincolns were coming to the show that night. If only the guard at the bridge into Maryland hadn’t let him go past after the curfew.

I loved that Swanson seems fascinated by the inexplicable things that people do. For instance, Dr. Mudd, the infamous doctor who set Booth’s broken leg and gave them a place to stay for a night, sent his cousin to report the Booth’s visit to the soldiers in town – he knew he couldn’t keep it a secret forever since a few people had seem them come and go. And yet, somehow, for who knows what reason, the cousin, a loyal Unionist, didn’t report it. Not until several days later did he mention it to the authorities. Who knows why?

Or when Booth and his companion set off across the river from Maryland (dangerous Union territory) into the safety of Virginia, but then found themselves accidentally still in Maryland, they waited an entire night and day before setting off again into Virginia, despite knowing the terrible risks of remaining in Maryland and with soldiers hot on their trail. Again, who can possibly explain why?

One thing that really shook me about Chasing Lincoln’s Killer was re-realizing that Abraham Lincoln was the first president to be assassinated. What a shock for the country that must have been – for us, looking back, it seems practically inevitable that Lincoln would die; his assassination is perhaps one of the most memorable parts of his legacy. On the other hand, as you read about the security of the time in this book, you shake your head in amazement that EVERY president up until then wasn’t assassinated. My word – they let any old anybody into the White House for a private audience with the president. Frankly, I’m amazed Lincoln made it a month in office, let alone five years and through the whole Civil War.

What really impressed me about Chasing Lincoln’s Killer is the fact that Swanson kept the story so streamlined. I think that many many non-fiction writers struggle with staying on topic. There is always so much tangentially related (and often fascinating) information that they want to squeeze in there, and so the story wanders off into other avenues, before returning, eventually to the main story line, only to be derailed shortly thereafter. This book? Does not do that. This book is extraordinarily tightly edited – never once did I think, “why in the world are you going on and on about this? What does this have to do with anything?” This book clocks in at just 200 pages – there is not a wasted word.

By the way, the movie rights to this book have been sold and in an interview Swanson was asked who he thought should play Booth. His answer? Johnny Depp. I wholeheartedly agree. Can you imagine how fantastic that would be?

This book received as an ARC from the publisher at the Texas Library Association in March 2009.