Saturday was the long awaited National Book Festival in DC. I got a little nervous when I suddenly realized that we were going to have to get up at 4:45 A.M in order to catch our flight, but when we walked out the door, onto the dark streets, Bart and I turned to each other and said, almost at the same time, “This is an adventure!”

And it was. Our flight into Baltimore was quick, we picked up our rental car without much delay, parked at the Metro station and arrived at the book festival shortly after it got started. When I saw the back of Shannon Hale’s head on the stage, I knew it was worth getting virtually no sleep.

Also, did I mention Kayla was there? With her baby and her mom? It was pretty much the best day ever. 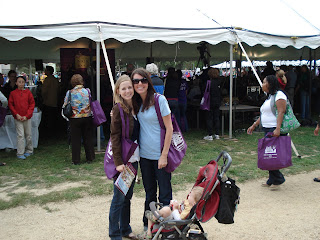 One of the strangest things about Kayla is how not weird it is to be together. I kind of forget we don’t see each other much. As in, about four times ever. 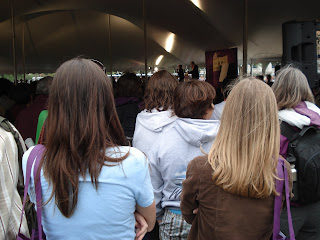 This was how we spent most of the day. This is James Swanson talking about his book Chasing Lincoln’s Killer. We sort of just stumbled on his speech, but he totally sold me on the book. And then I remembered I had a copy at home on my bookshelf. Woot! 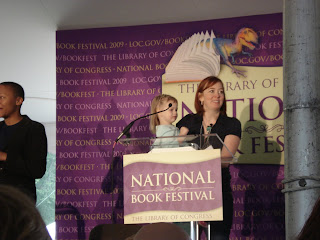 Shannon Hale and her daughter, Maggie. She was awesome – very funny, extremely well-prepared and did more than just talk about her newest book.

The weather turned horrible, though, during Sharon Creech’s speech and the tents were getting really crowded and we decided to go see the White House instead. 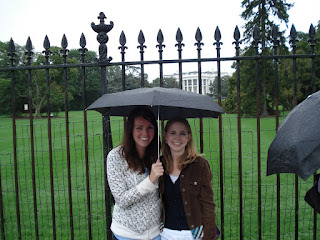 And just to prove Bart came too: 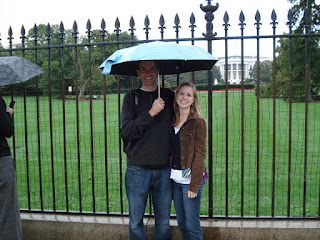 We grabbed some dinner (where a guy welcomed us to DC by trying to swindle Bart unsuccessfully), caught the T back to our car, and were back home by 9:30.

Previous Post: « A Tree Grows in Brooklyn by Betty Smith
Next Post: Tell Me What to Read: Round 4 »

Ella turned 11 last week and we had the best time