A few weeks ago, Ella said to me, “I feel like I’m remembering that I love to read.”

I know that feeling exactly – it’s sometimes easy to get out of the habit of reading for fun.

She’d spent most of the summer re-reading old favorites and was having a hard time getting into any new books, but after spending some time combing the library shelves together, we found some books that reignited her love of books and it’s been fun to see her plowing through some new series.

Here are five books she’s loved recently (and it delighted her that several of them have spooky/Halloween-ish vibes, just in time for October to roll in). 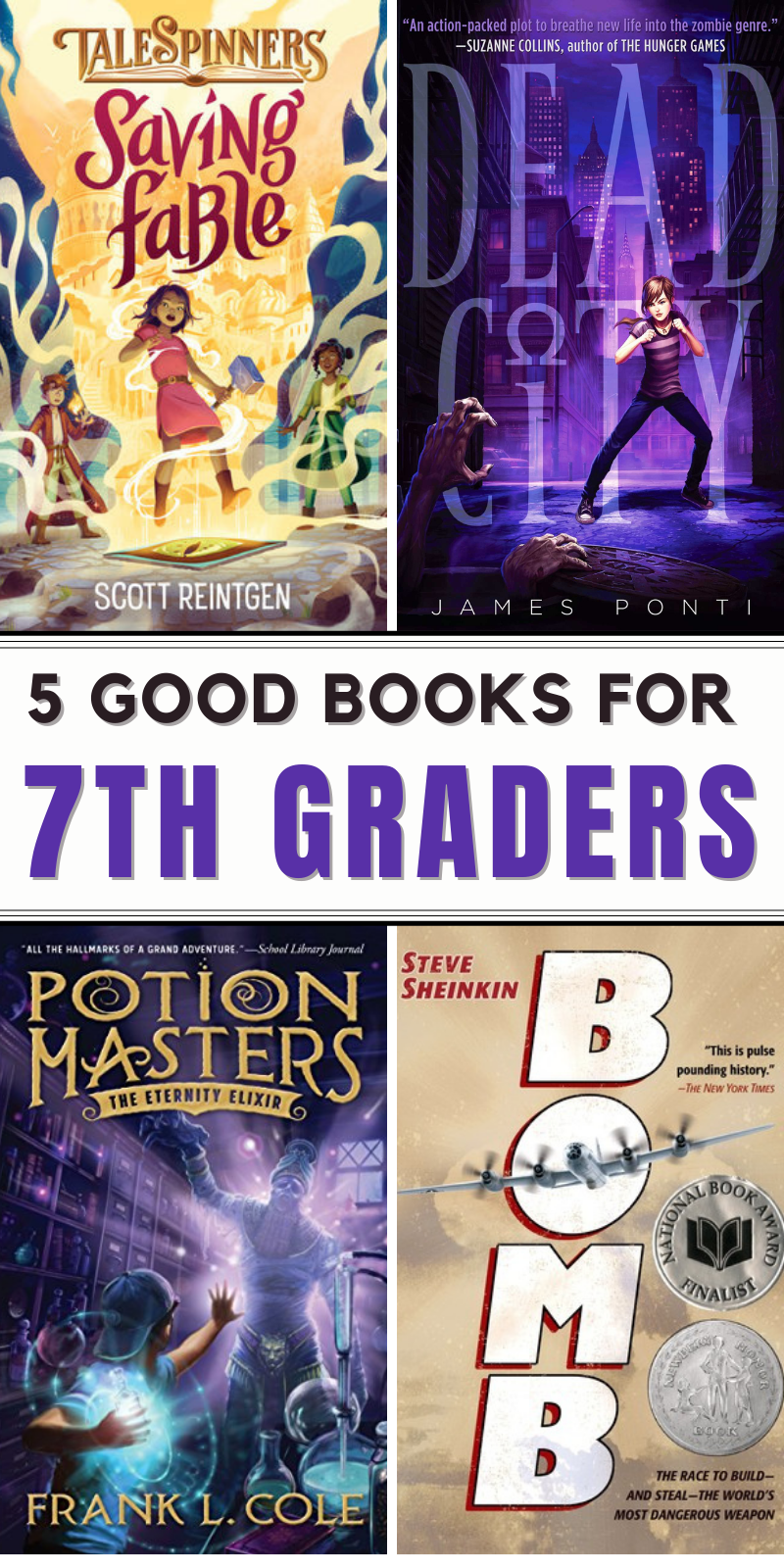 Nightmares! by Jason Segel and Kirsten Miller, illustrated by Karl Kwasny
400 pages
This first book in a comedy horror middle grade trilogy features Charlie Laird who is dealing with his dad’s recent marriage to a woman he’s almost positive is a witch. And as if that weren’t bad enough, he and his dad moved into her mansion which is quite likely a haunted house. Because now nightmares are plaguing him and  . . . those nightmares are starting to come to life.

What Ella has to say: This was one of those books that starts out a little bit weird and I thought, “Do I really want to read this?” But it was interesting enough that I kept going and then I was glad I kept going. The premise is very strange but interesting to read. It reminded me a lot of J.K. Rowling’s The Christmas Pig but instead of a dream world, the characters go into a nightmare world. It was a little scary, but not crazy scary – I read it late at night and it was fine!

Saving Fable by Scott Reintgen
384 pages
Indira is a story character and she’s spent her life waiting to actually be part of a story, so it’s a dream come true when she’s chosen to travel to Fable and attend the famous Protagonist Preparatory, with a track record for turning out the best heroes a story could want. But things start off poorly when her audition flops and she ends up in the side character track. Is there any chance for her to become a hero? Especially when it appears that all of Fable is under attack.

What Ella has to say: I’ve read a LOT of mixed-up fairy tales but I felt like this one did a good job differentiating itself because it doesn’t try to take well-known fairy tales and mix them around – instead it explains how fairy tales are created (which is pretty cool!). It’s also a fast-paced book which is always good in my book, because otherwise they don’t get finished. I really liked the character development and overall it was just a great book. I already have the second and third books from the library and can’t wait to read them.

Dead City by James Ponti
290 pages
Ella is a HUGE James Ponti fan, so when we spotted this series on the library shelf, she picked it up despite her usual disinterest in zombies. And then she LOVED it. Molly Bigelow attends the Metropolitan Institute of Science and Technology but at night, she’s a zombie hunter, like her mom who she’s just discovered is the most famous zombie hunter in the history of New York City.

What Ella has to say: I’m pretty sure this is my new favorite book. It’s either this or The False Prince, which aren’t very much alike but are both very fast-paced. I don’t usually really like zombies or horror but I thought this one was really well done. Scary enough to be exciting but not gross. I really like James Ponti (I’ve read his Framed and City Spies series) and now I’m waiting for him to crank out some more books. This is probably my favorite of all his books.

Bomb by Steve Sheinkin
304 pages
I LOVE this terrific middle grade non-fiction book about the development of the atomic bomb during WWII – I read aloud the first chapter to my girls one afternoon and then the two older girls both wanted to read it, so I snagged a copy of it on Audible and they both flew through it. (Full review here).

What Ella has to say: My mom read me the first chapter of this book and I was like “oh, I want to read more of this” even though non-fiction is not normally my favorite. I thought this was really well done – it was super interesting and it was such a cool subject and I loved learning about this part of history. I read this right before we did World War II in my sixth grade class, so it was fun to already know some of the background before we studied it.

Potion Masters by Frank L. Cole
304 pages
The moment I saw the cover of this book, I knew it’d be a hit with Ella and I was gratified to be right! This magical story is all about a hidden potion community known as B.R.E.W.–the Board of Ruling Elixirists Worldwide, which is secretly responsible for pretty much every advancement over the last several hundred year. Gordy is an apprentice potion master since his mother is the Director of BREW and he spends hours in the secret lab hidden in their basement. But things start to get less secret when the world’s most powerful potion goes missing and then ends up in Gordy’s possession.

What Ella has to say: The premise of Potion Masters was a really strange idea but this book really worked. I love the idea of potions (I wish it were a real class!). I thought the climax was a little bit hard to follow but the rising action was really engaging and I thought the author did a good job not making you read a bunch of introductory chapters but instead jumping right into the action and giving you backstory along the way. I thought the ending was pretty good but it was a cliffhanger so now I HAVE to read the next book.

If you’d like a printable copy of this list of books for 7th graders so you can take to your library or screenshot on your phone for easy access, just pop in your email address below and it’ll come right to your inbox!