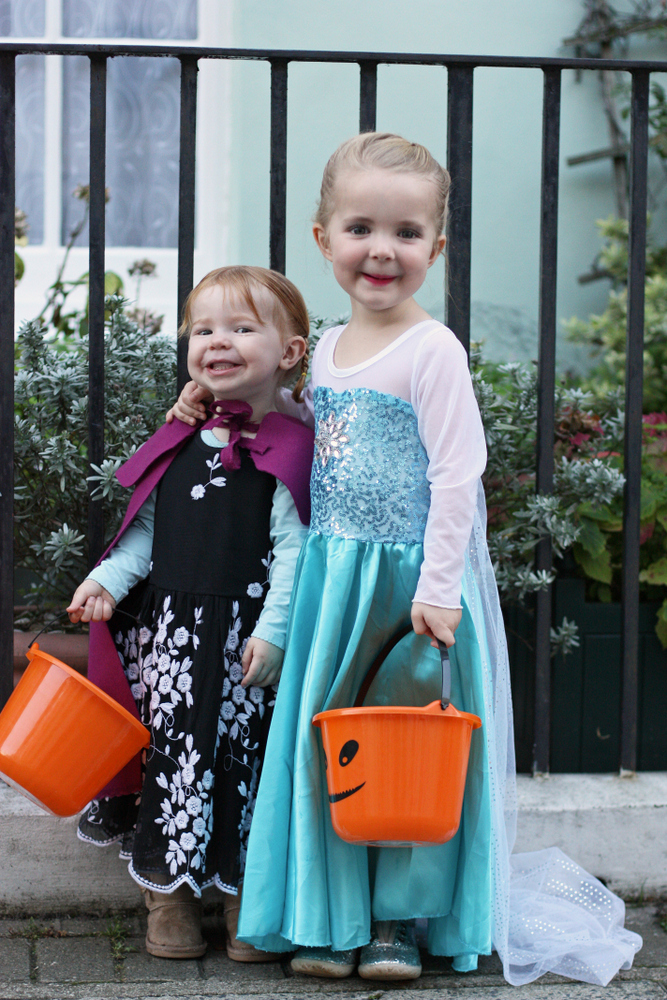 What we really wanted this year were costumes that would be 100% unique. So obviously we went with Elsa and Ana from Frozen.

(I mean, with this resemblance of names and eye and hair color, how could we not?) 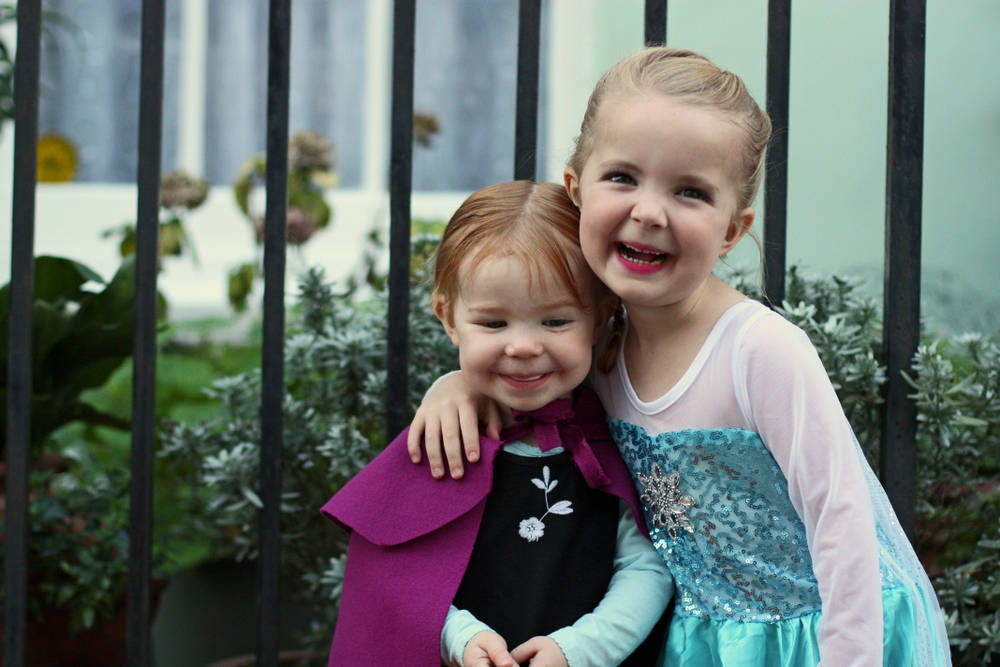 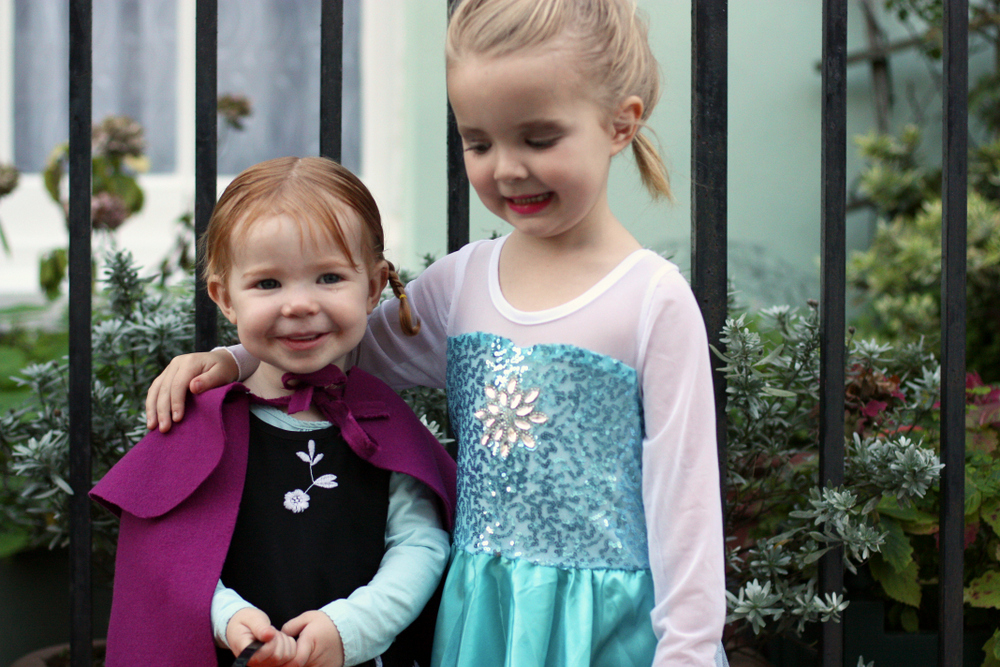 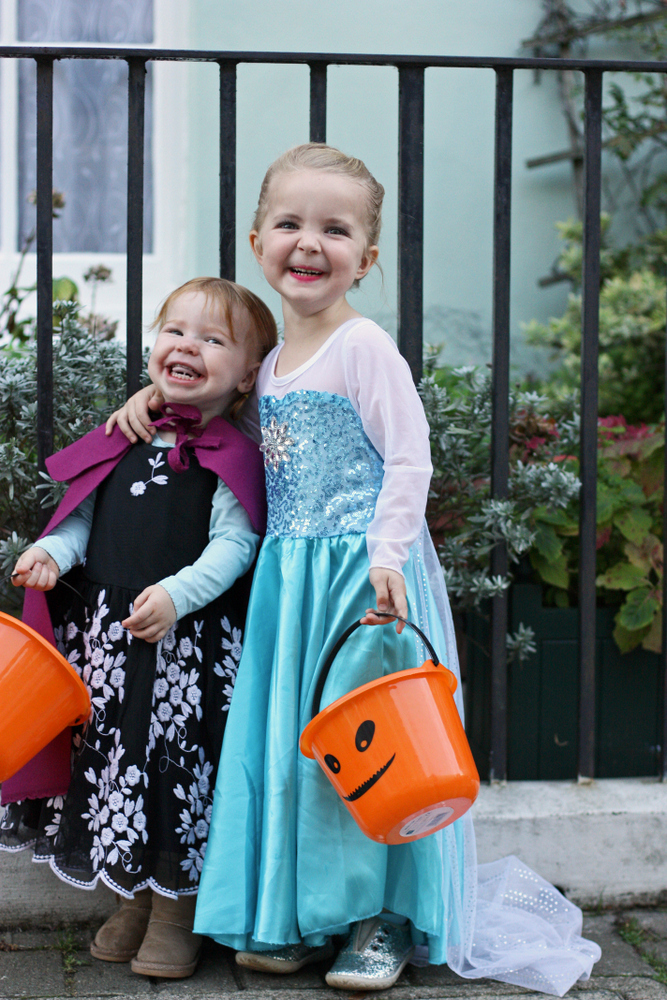 Ani absolutely refused to wear her cape at all, except when we bribed her for these photos with a Percy Pig. So, we definitely did not get our money’s worth out of this cape that I made sans sewing machine with a tiny sewing kit I picked up at a hotel sometime in Europe.

When we went to the first house and Ani got candy, she just about couldn’t contain her glee, stomping her feet and shrieking “canny! canny” with a huge grin on her face.
She also always tried to take multiple pieces of candy, carefully selecting one at a time and then continuing until one of us stopped her.
At one house, there were some 9 or 10 year old boys passing out candy and one had a very scary rubber wolf mask on.
When she saw him, she grabbed my hand and without a word, slowly started backing away. When I asked if she wanted to get candy, she emphatically said, “No! No! No!”
Ella was basically just thrilled to get to wear makeup. And she kept saying, “I’m actually the real Elsa.”
There is a neighborhood near the London Business School that everyone told us was the place to go trick-or-treating and they were not kidding. We went early (4:45) but by 5:30, it was so packed it was hard to get up some of the doors. Just after six, both girls voluntarily got back in the stroller and had no interest in getting out for any more candy.
On the way home, Ani opened as many candies as she could manage, took a few bites of each and then would spit them out into my hand to move on to the next one. Not really the candy tax I had in mind.
*****************************************

Previous Halloweens, in case you just CAN’T get enough costumes: