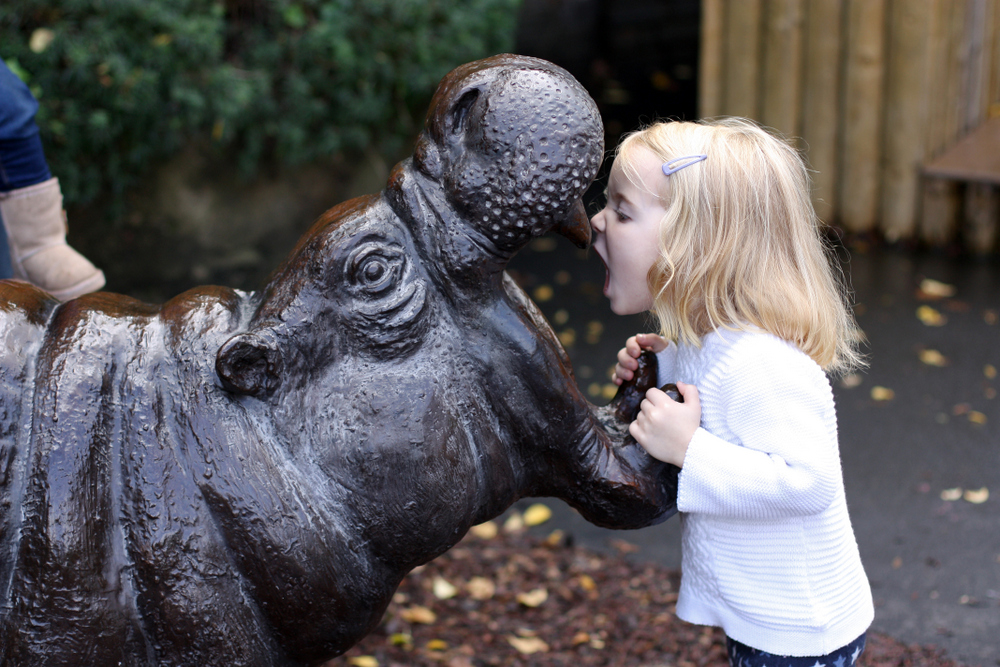 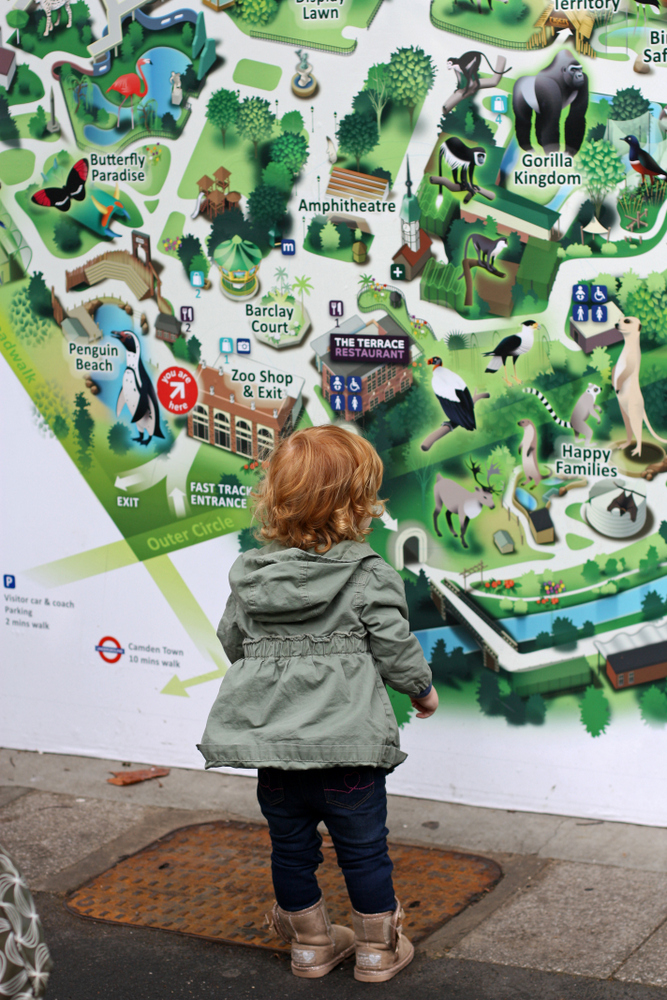 I’d visited the London Zoo back in 2006 but my memories of it were super foggy, and Bart had never been, so we were all pretty excited, although Ella definitely won the prize for being most enthusiastic.

We lucked out with a perfectly clear and fairly warm day (the weather has been ridiculously nice this whole time), and we had the most delightful morning. 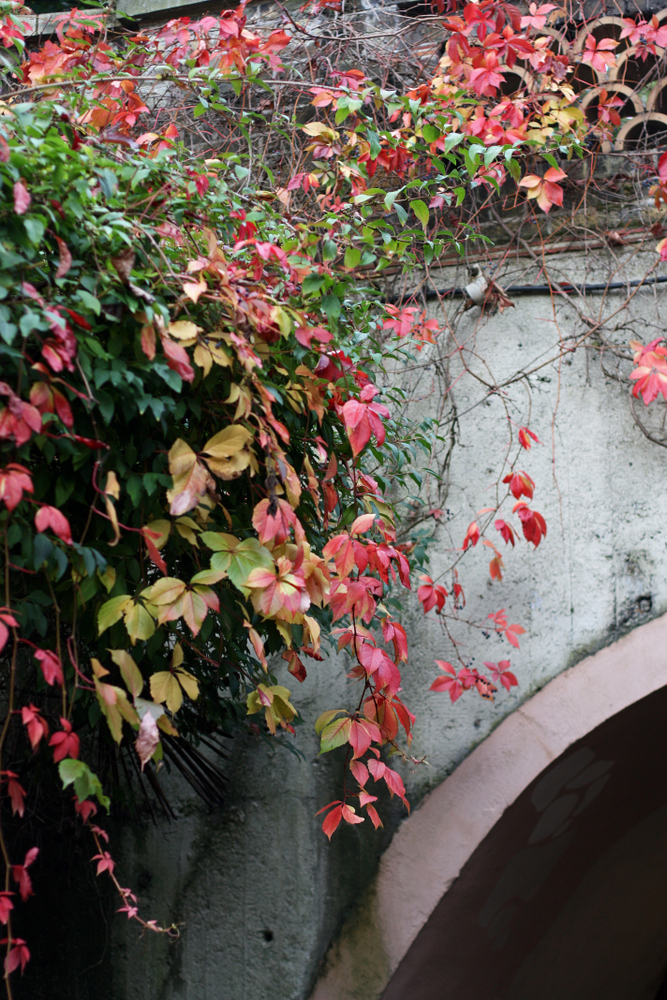 It’s a really beautiful zoo, with a great layout, plenty of green space and playgrounds, and tons of interesting animals. 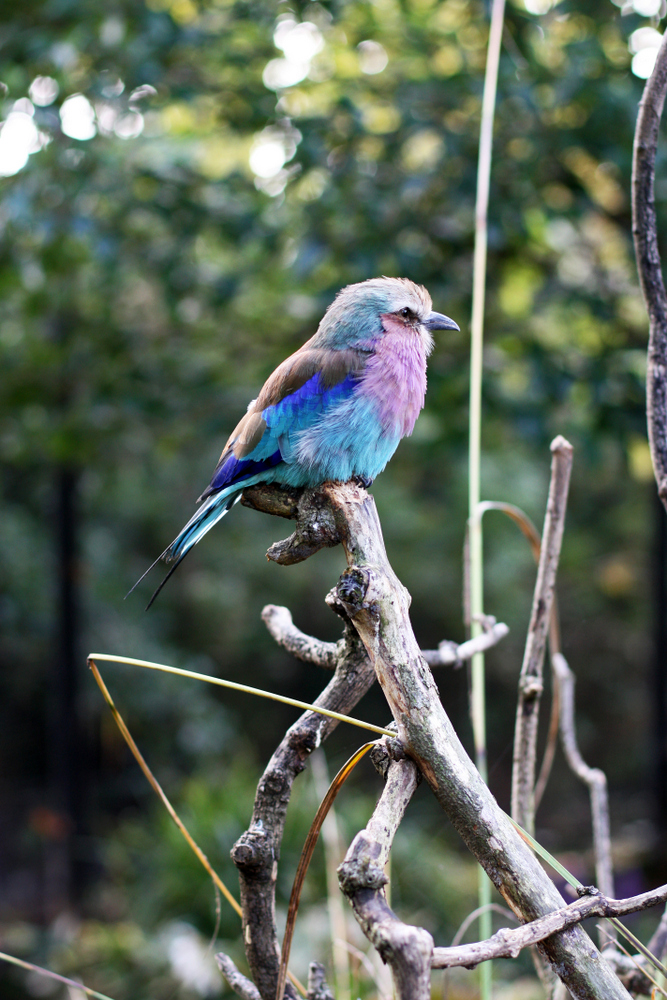 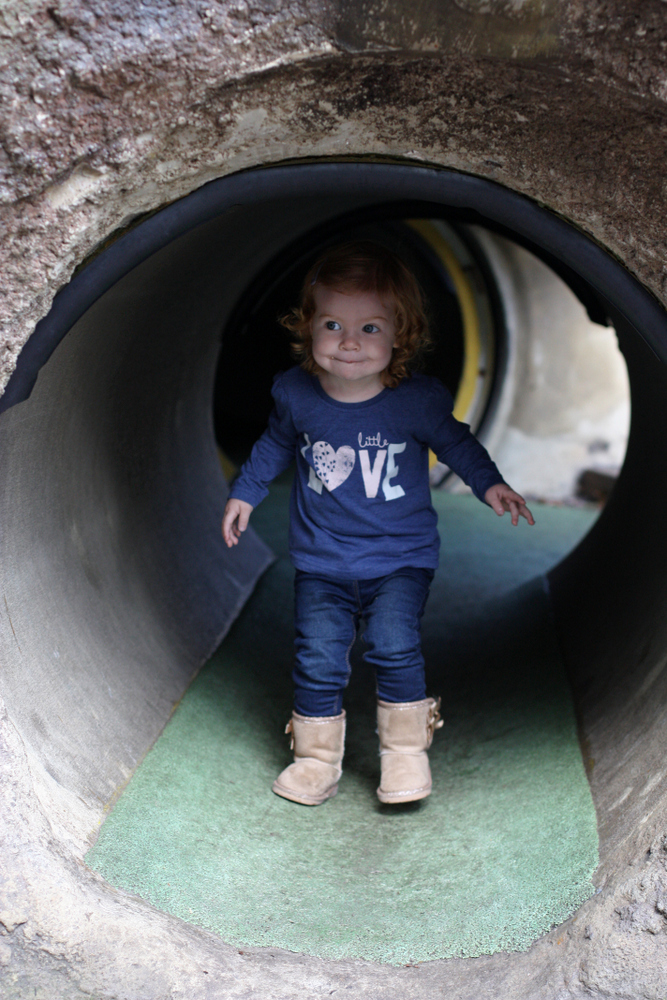 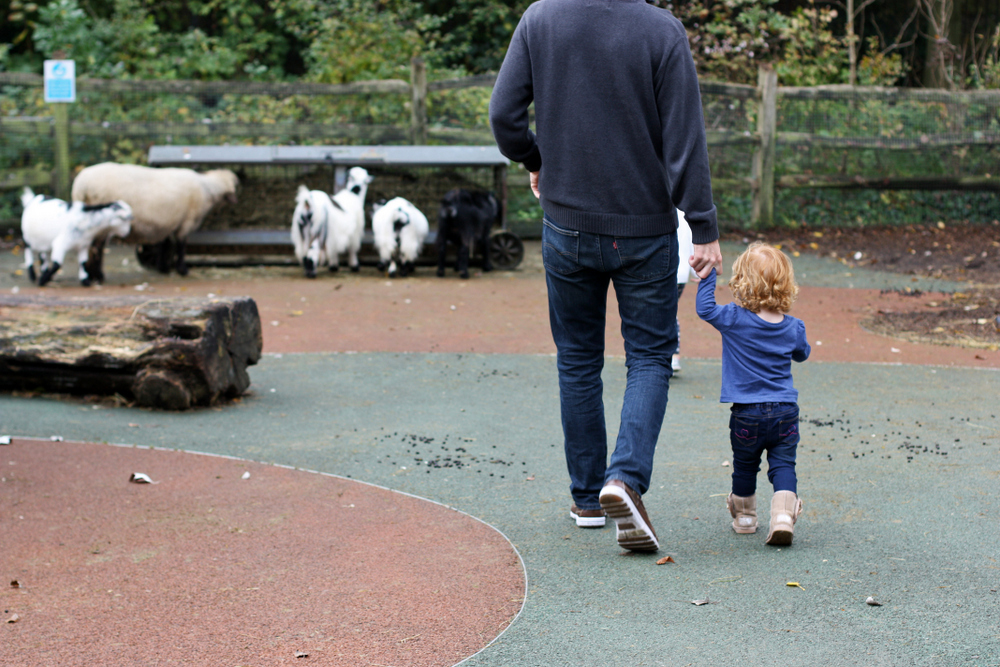 The animal structures are really well-done in that the animals seem to have a fair amount of space, but the viewing areas are set up so that you almost always can get very close to the animals and really watch them move around. 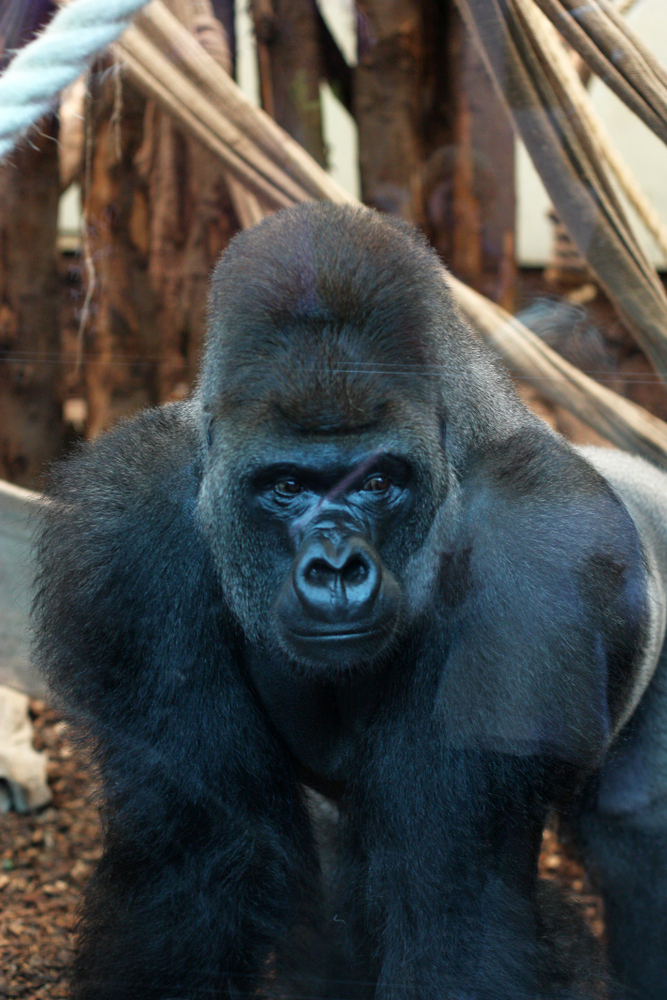 And it’s not the biggest zoo you’ve ever been to (although it’s certainly good-sized), but it’s laid out in such a way that it feels much larger than it really is. We spent several hours there and still didn’t get to everything. 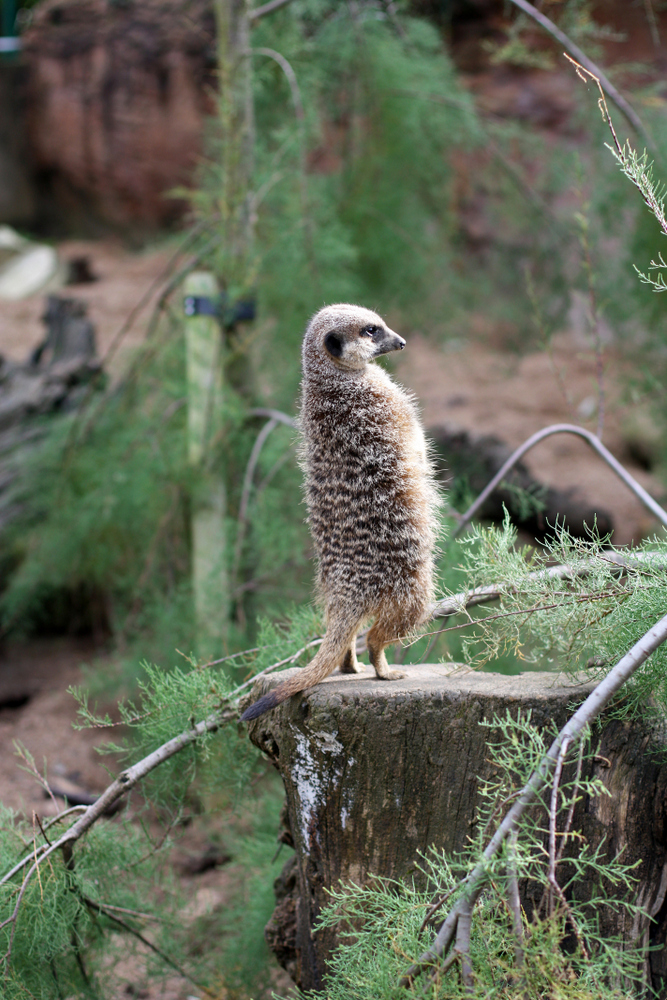 The tiger preserve is especially impressive with multiple levels of viewing and five total tigers; we spent a good amount of time watching them play around together and climb up and down the walls and splash in the ponds. 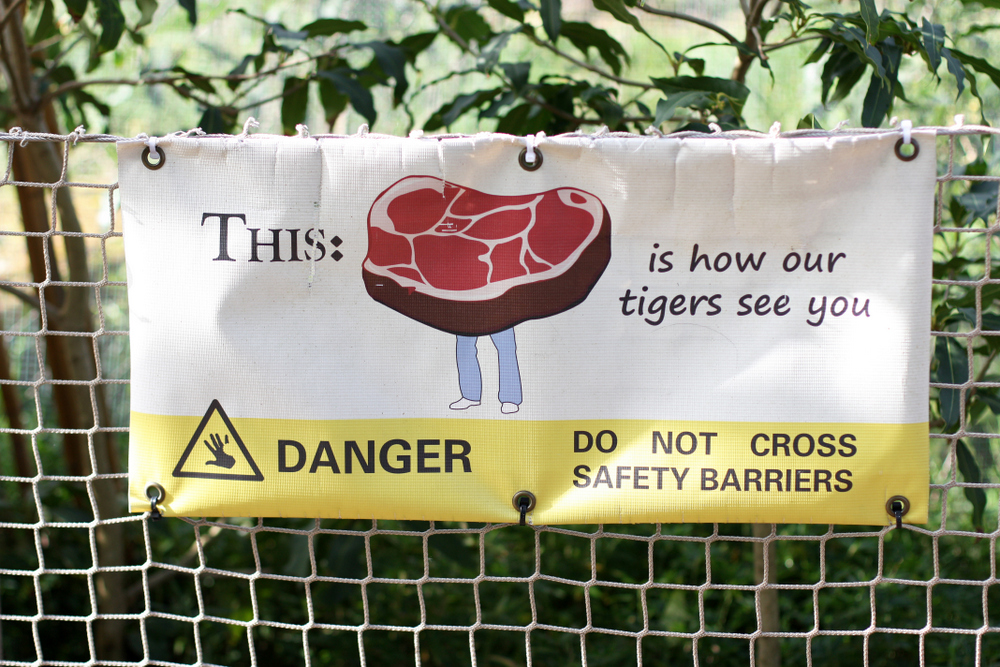 And then, of course, tiger statues to fool around with at the end of the exhibit. We basically never miss a chance to sit on a statue. Some bloggers are into photobooths; we’re into animal statues. 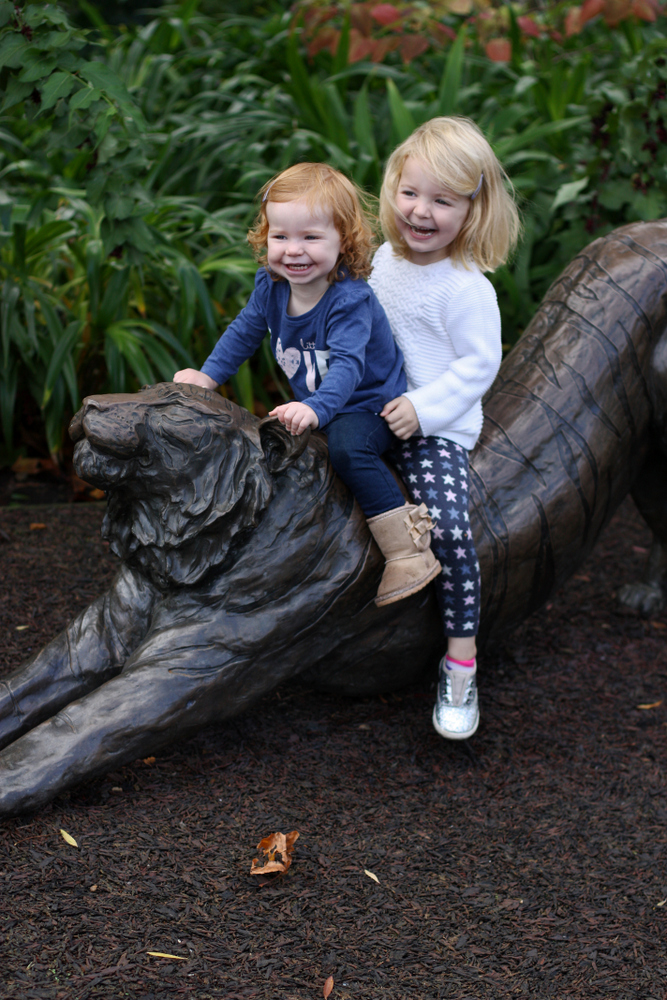 To be honest, I love going to a zoo just about as much as the girls do – I always like reading the signs and learning more about animals, seeing how the zoo has designed the exhibits and layout, and watching my girls go totally insane over the various animals.

Ani, here, is completely absorbed by an exotic and rare. . . rabbit. 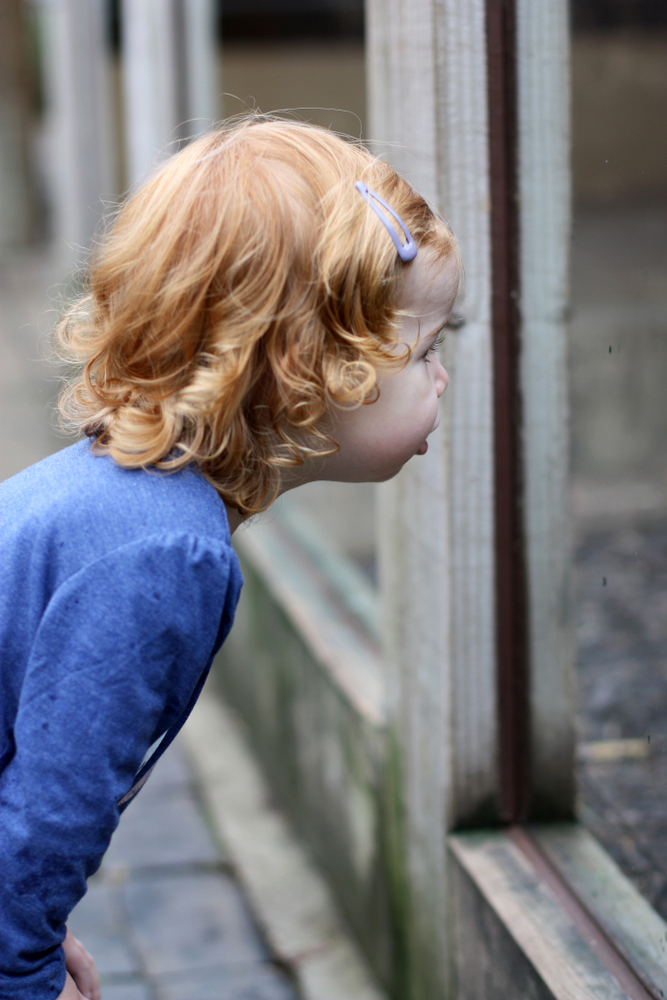 Oh and this is the best ever carnival cut-out board ever. Bart and I have been laughing about this photo for a week. 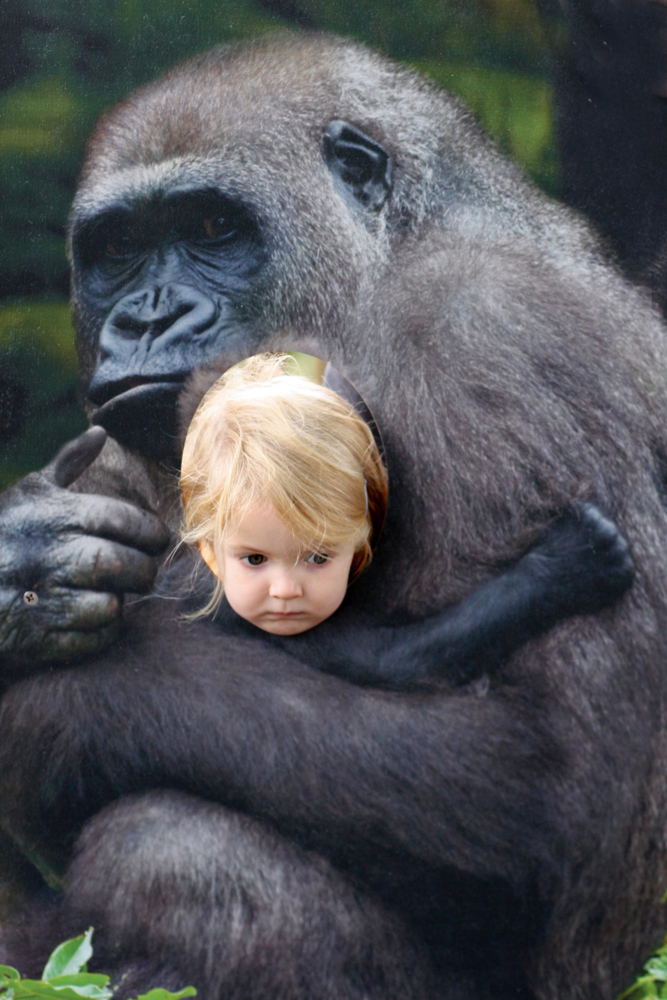 Have I mentioned how much we love living in London? Almost every day, Bart and I say, “I’m SO glad we did this. It’s worth every penny and every bit of effort we put in to make this happen.”

I feel like we could be here another year and still not even get close to seeing everything. But we’re making our most valiant effort anyway. 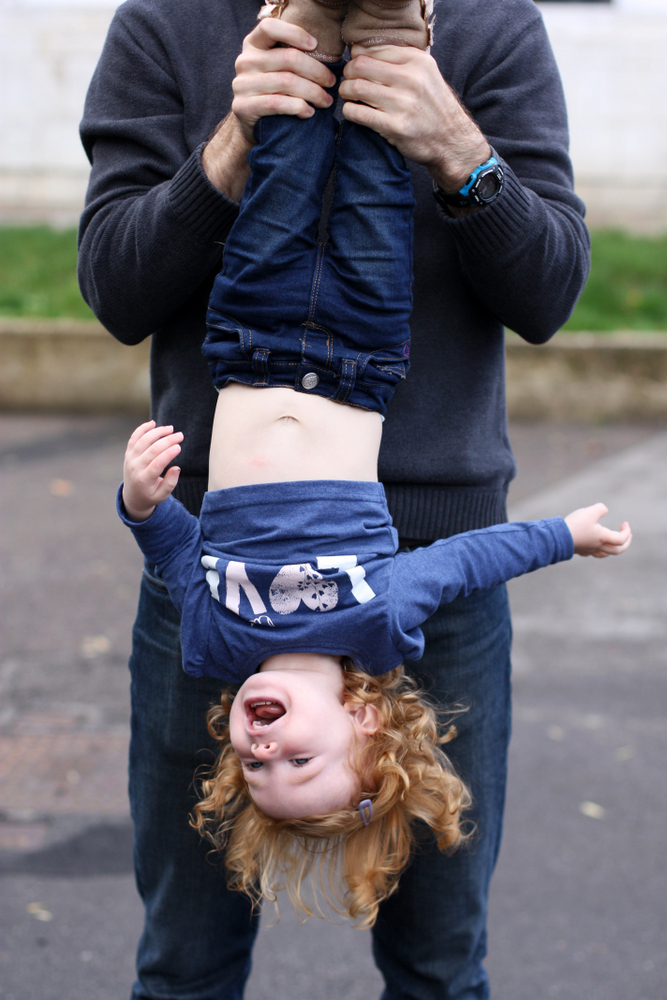 Previous Post: « It’s Not All Visiting Museums and Jaunting Around Food Markets
Next Post: You Know What’s Coming on the Monday after Halloween »